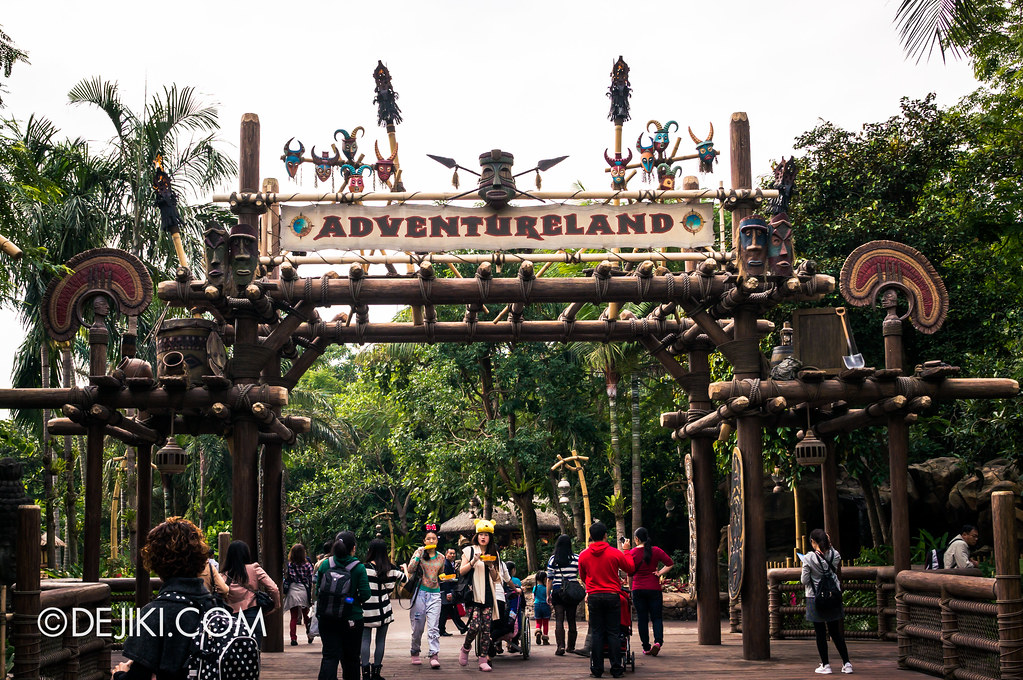 Our Photo tour continues into Adventureland. This once remote jungle is now filled with outposts and river cruises, bringing explorers and eager tourists. With the spirit of travel and discovery, this lushly landscaped zone offers park guests with three main attractions – set in the wild and exotic.

According to Hong Kong Disneyland, this is Disney’s largest Adventureland.

Festival of the Lion King is staged within the Theater in the Wild (like you know: Theater-in-the-round). This is a reduced (about half an hour long) version of The Lion King. The classic story and songs are presented in a retelling of Simba’s story. Visually, I find it to be a mix of the Lion King (animated film) and the broadway musical production. 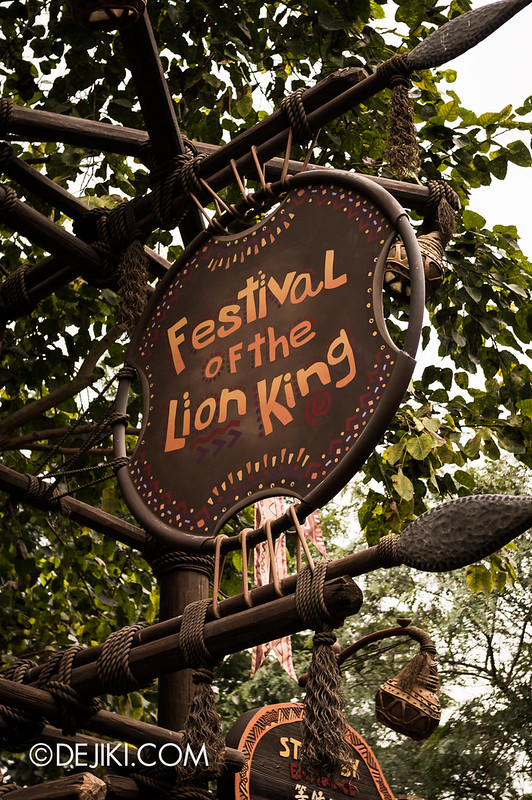 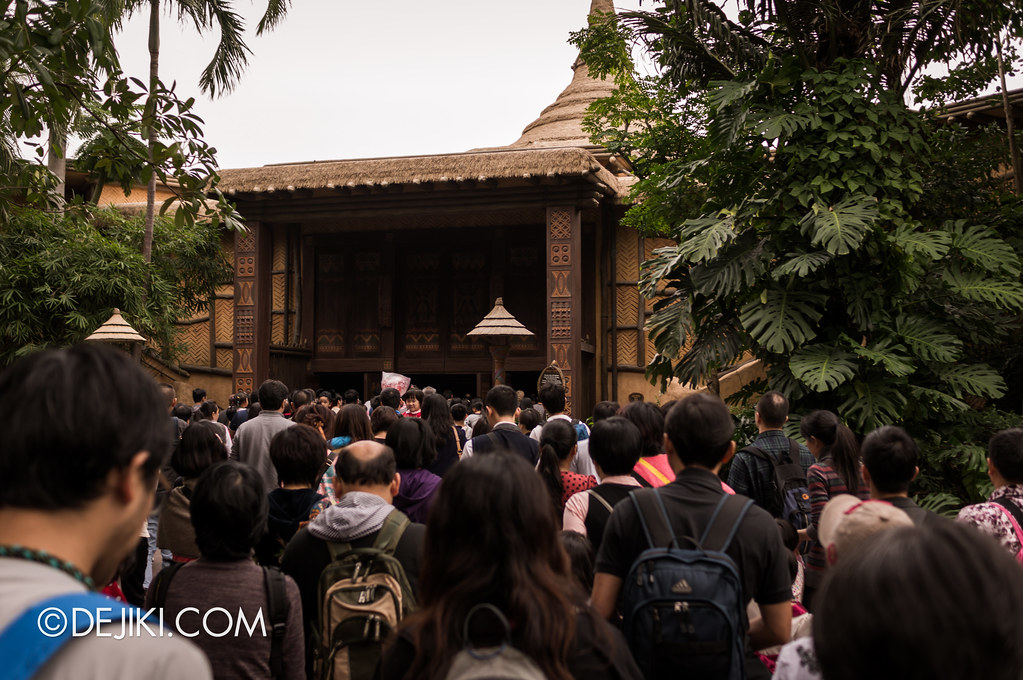 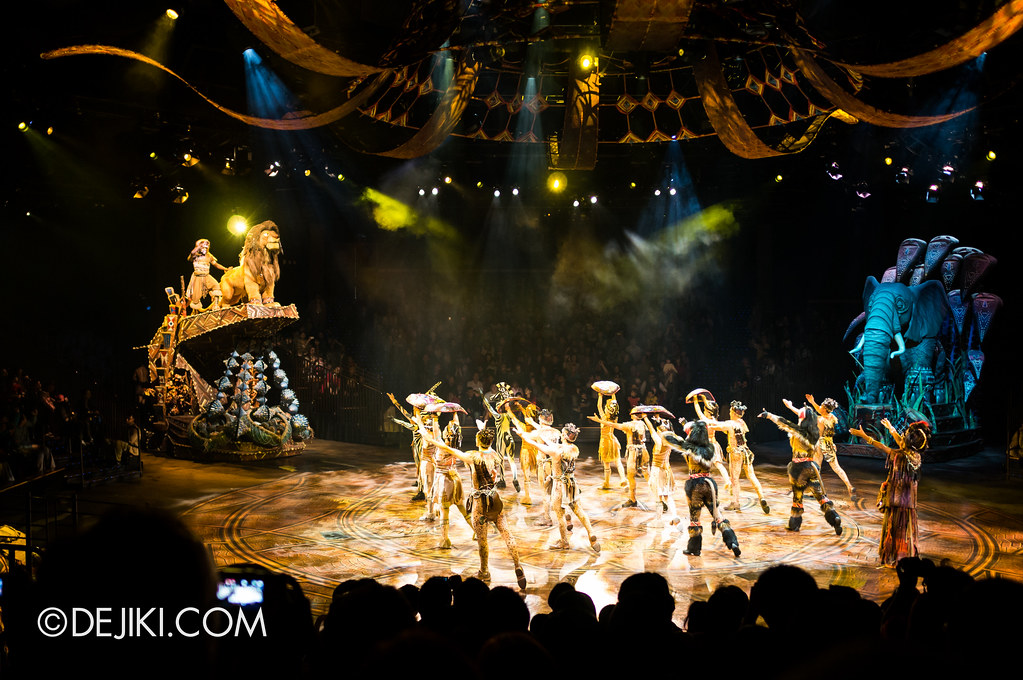 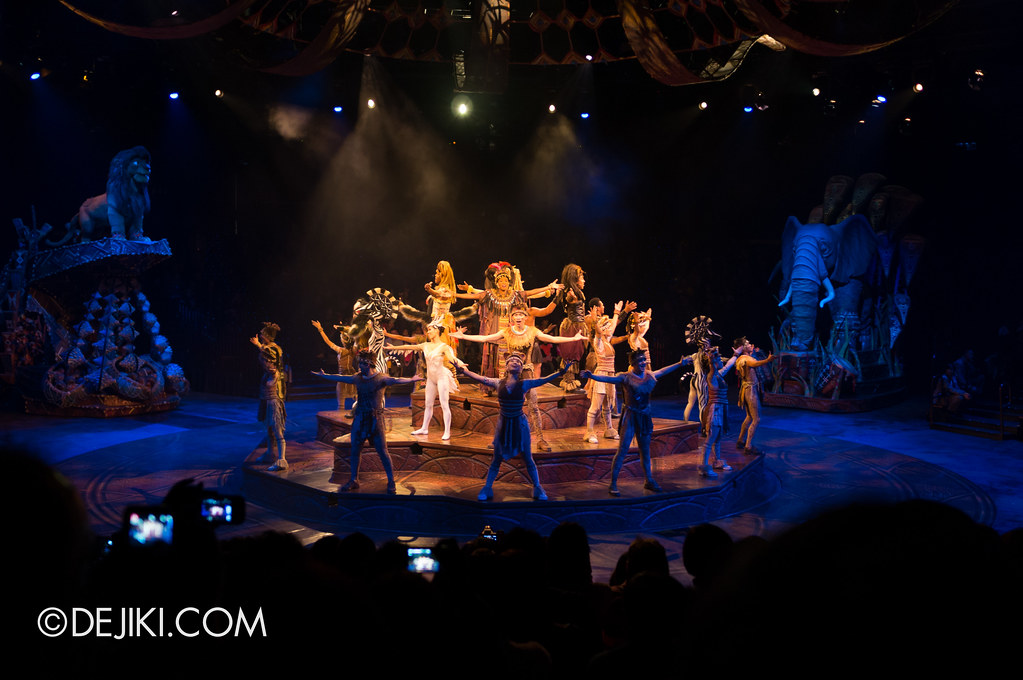 I’ve never really had to plan ahead for this show. However, if you want unobstructed views (first few rows), you have to get into the queue early. It’s also quite a crazy rush once the doors to the theater opens. 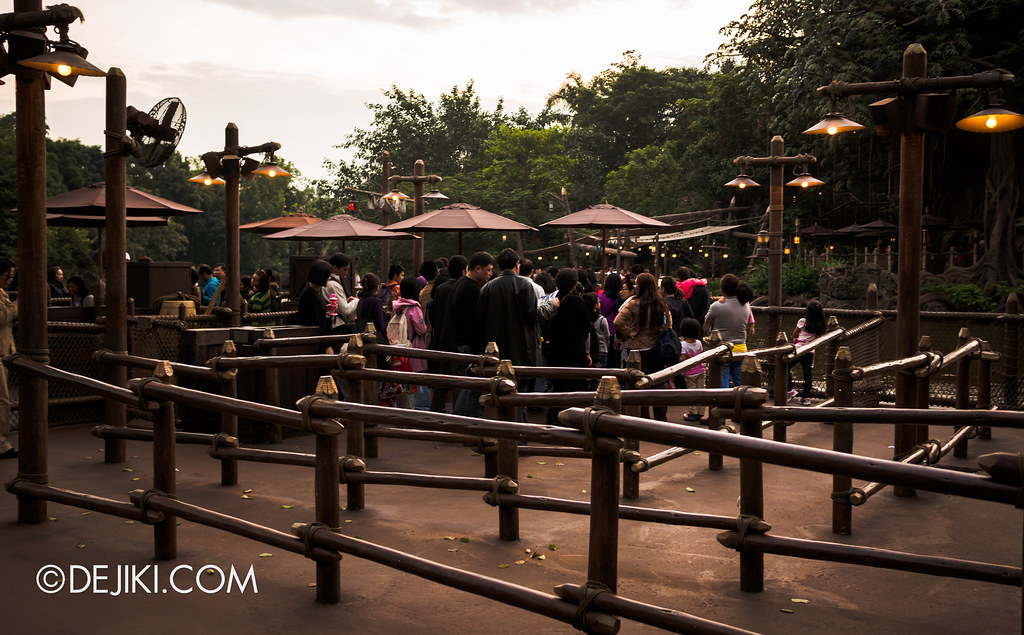 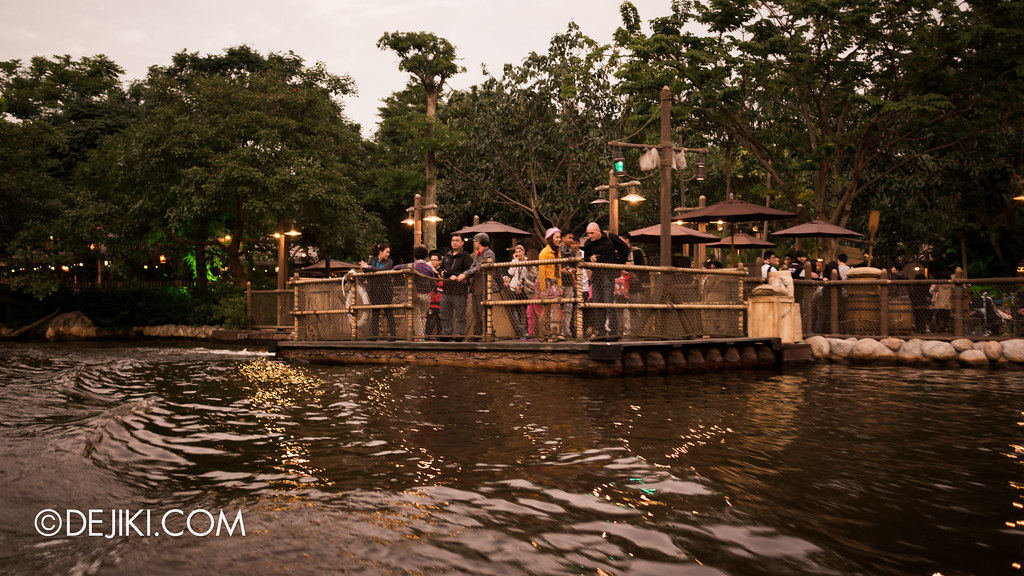 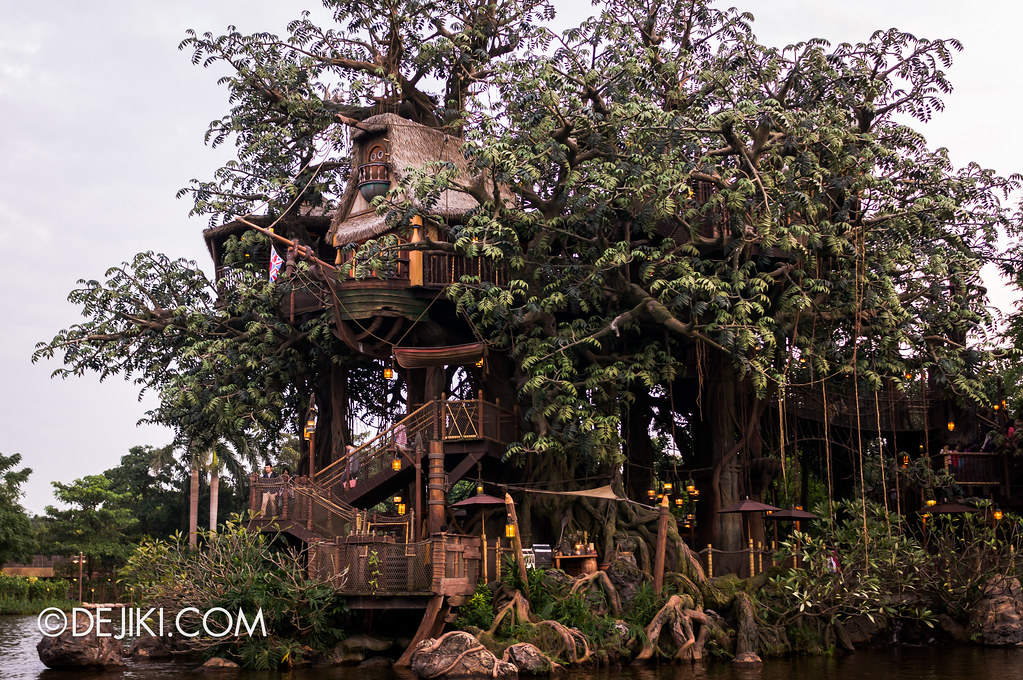 The last attraction here would be Jungle River Cruise. This is a river tour along the Rivers of Adventure, with a cast member on the boat as guide and driver – or more commonly: skipper. 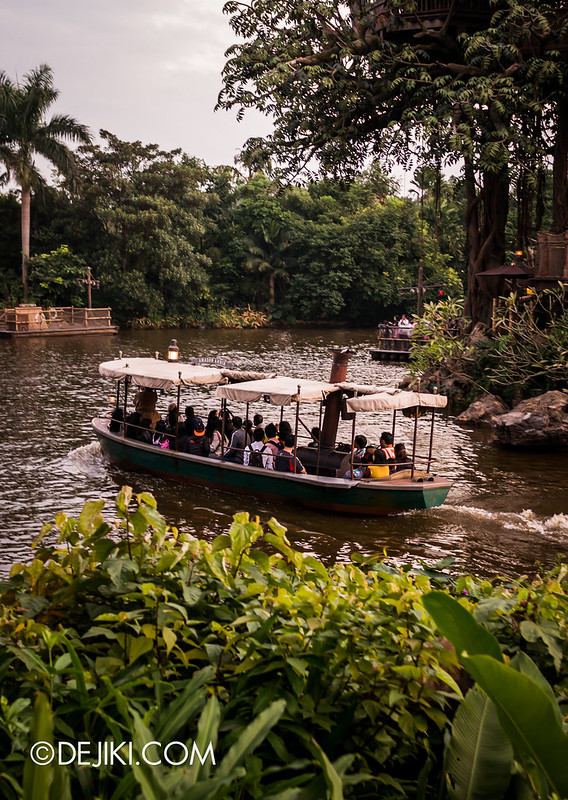 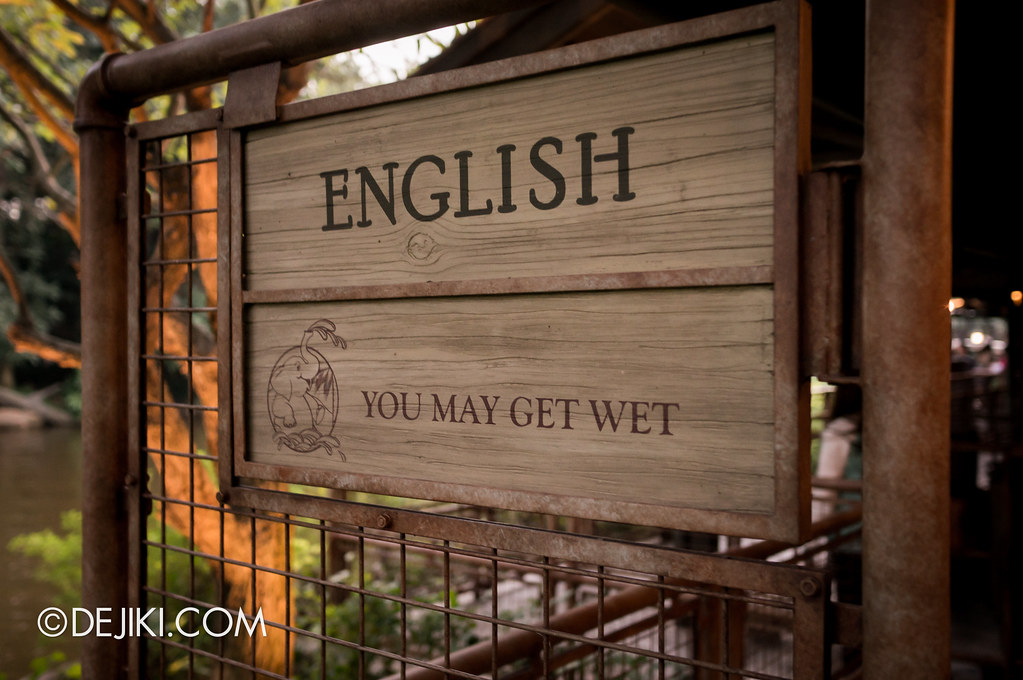 The queue is split into 3 lines – Cantonese, English, Chinese. The actual length of each queue is different, but a boat rotation plan somewhat regulates the wait time for each line. I’ve been on Jungle Cruise several times (all three lanes) and no matter how fluent the cast members were, the Cantonese version is logically, the best. As it is their native tongue, most of the cast members are very confident presenting the Cantonese version of the experience. 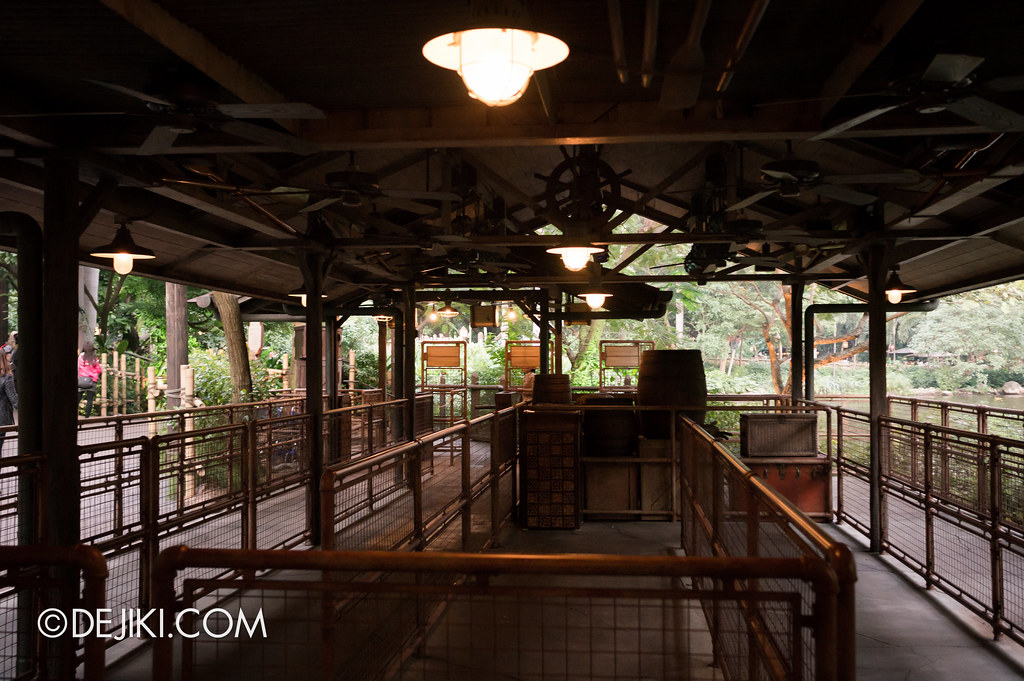 That’s mainly because the skippers have a vast library of cheesy lines and cold jokes – and it takes confidence to deliver those lines. 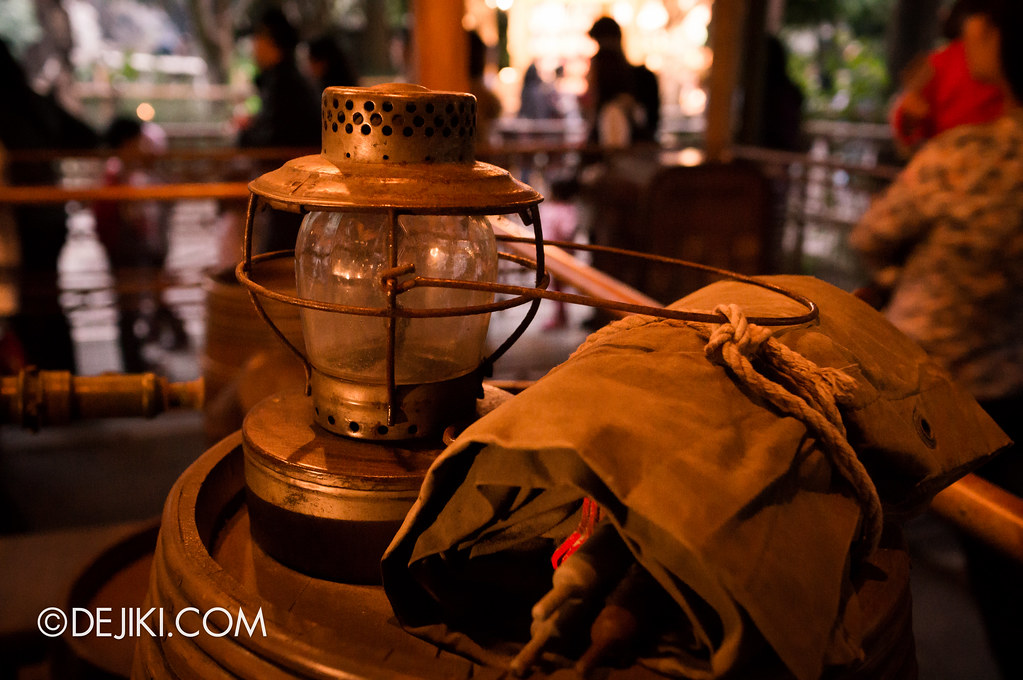 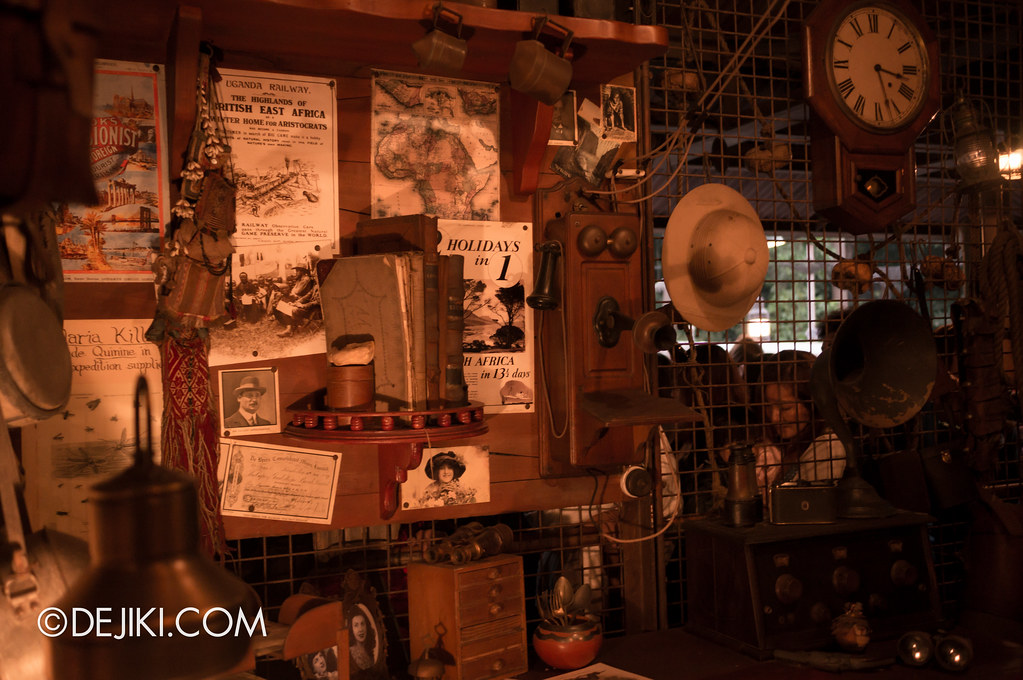 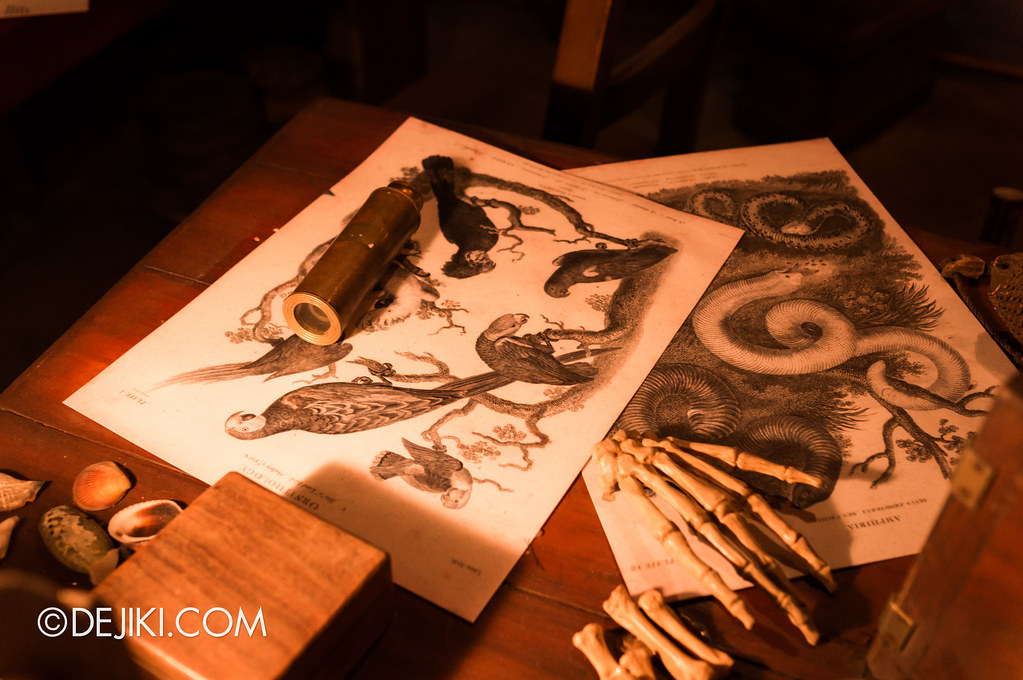 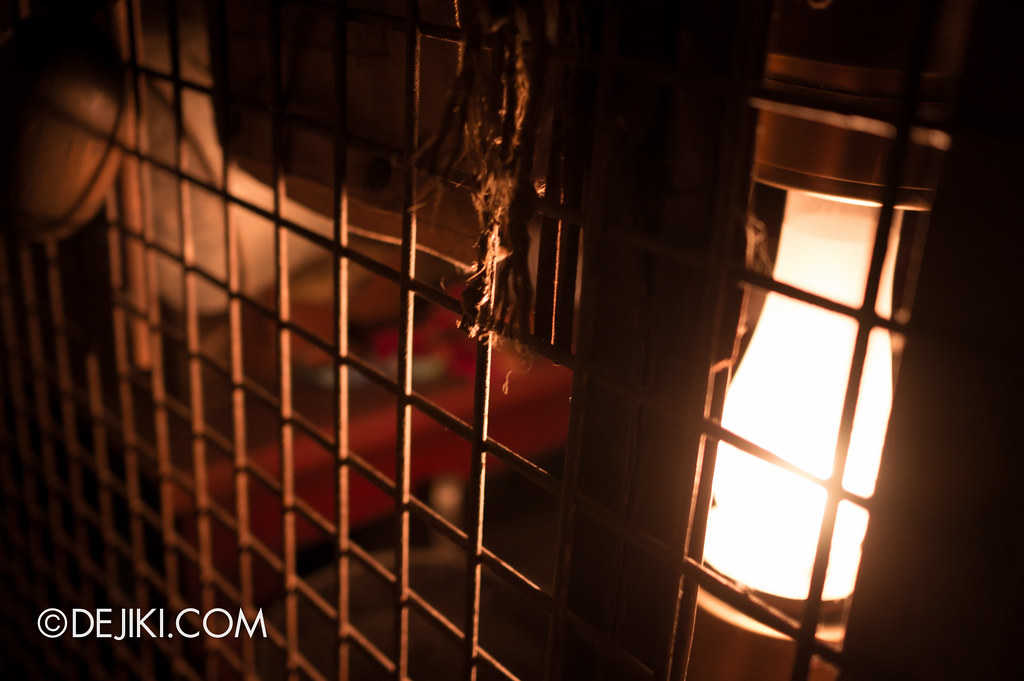 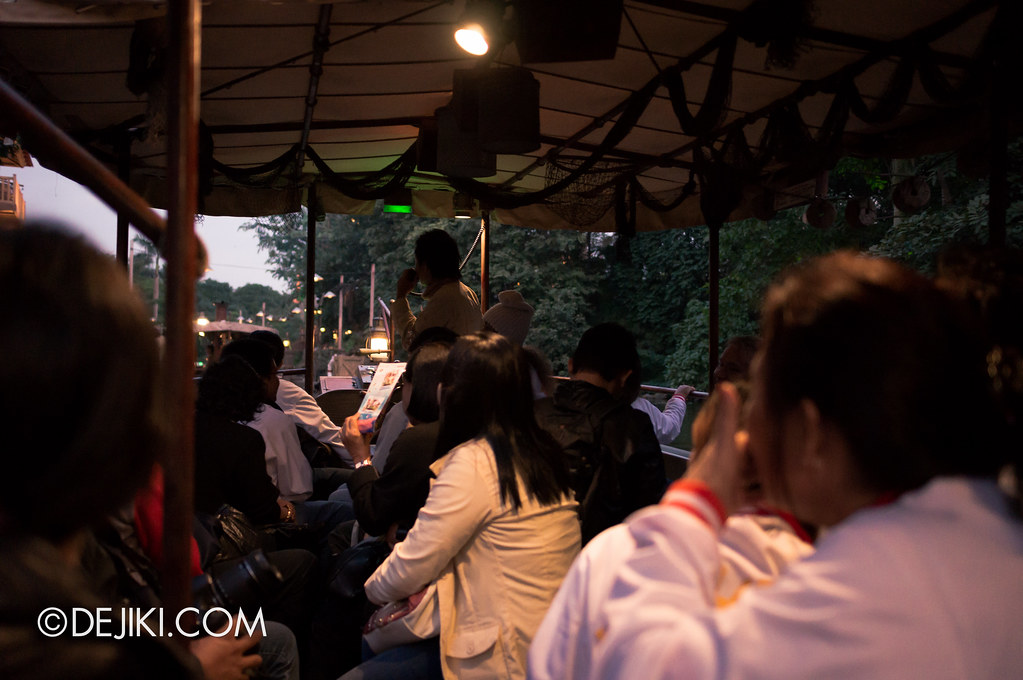 The cruise is somewhat “different” each time due to the skippers’ performances, although it’s ultimately limited by the amount of animated props built at the ride itself.

I’m not sure if it’s because it’s autumn/winter season, but most of the “splashy” effects were toned down or turned off – namely, the piranhas, elephants, gigantic water spout at the end. 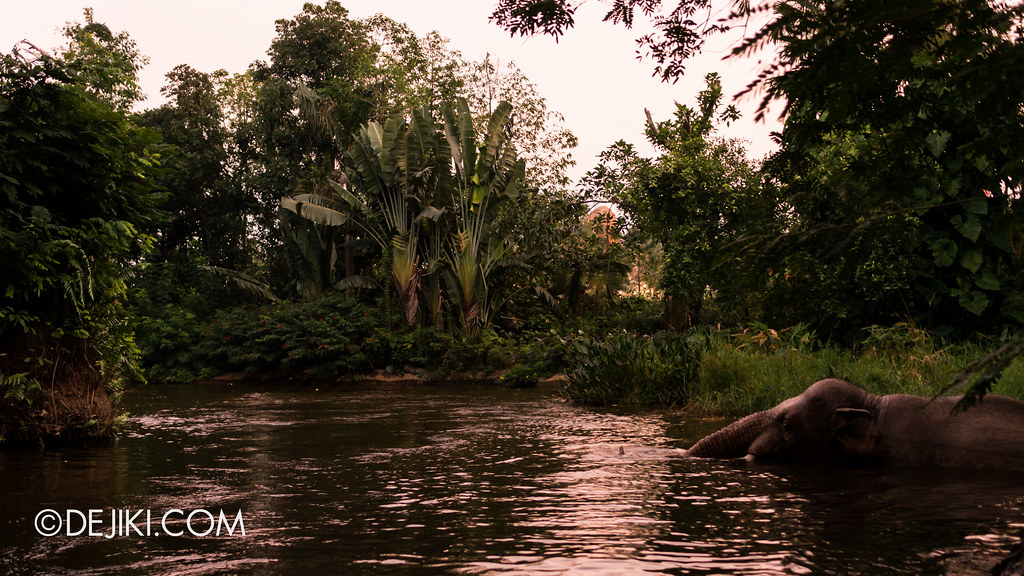 With Grizzly Gulch and Mystic Point just beyond a layer of trees, it’s possible to see some parts of the new themed lands from Jungle Cruise! 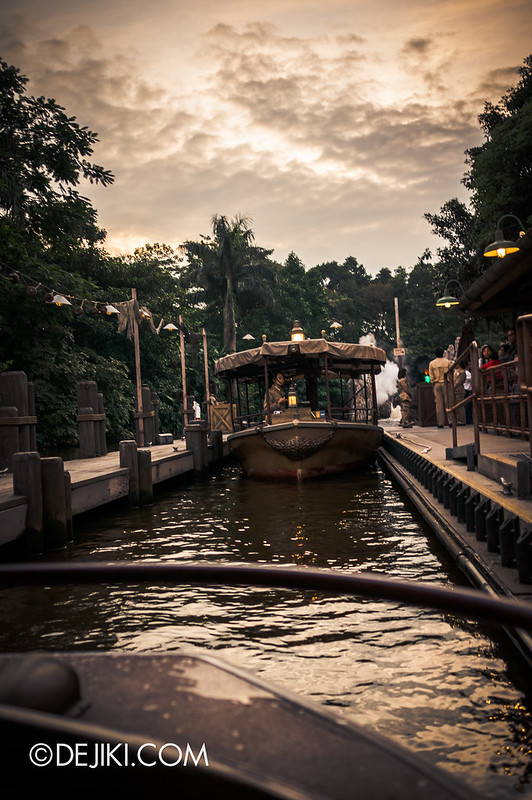 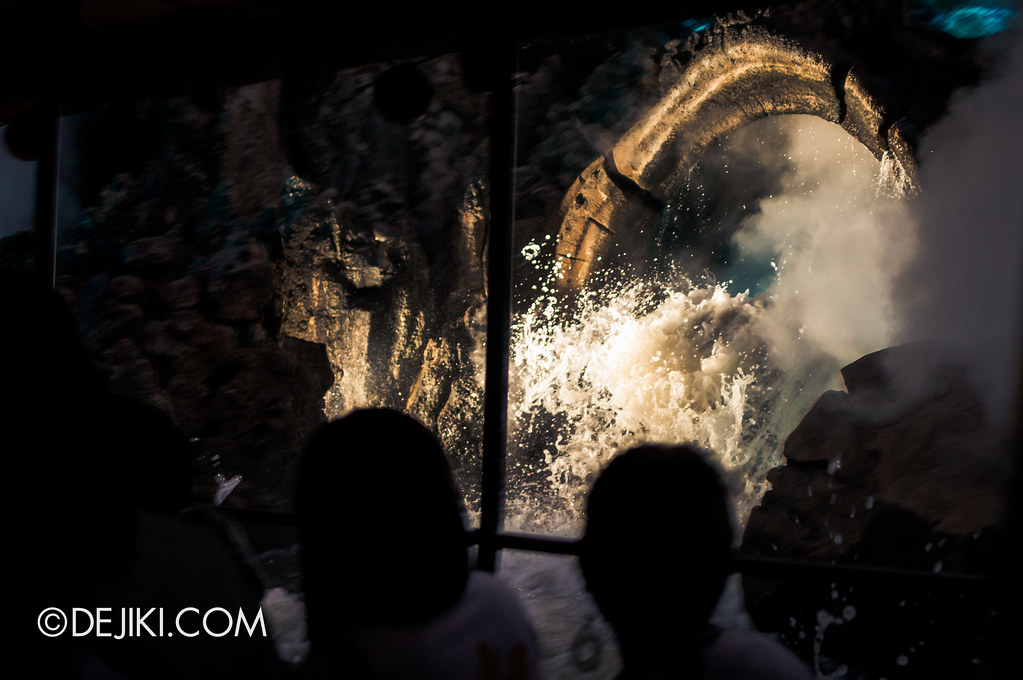 Jungle River Cruise in Hong Kong Disneyland has a special finale scene unique to this park, where two rock sculptures, depicting gods of water and fire, duel right in front of guests. There are dramatic fire and water effects, which are bound to surprise guests on the right side of the boat. 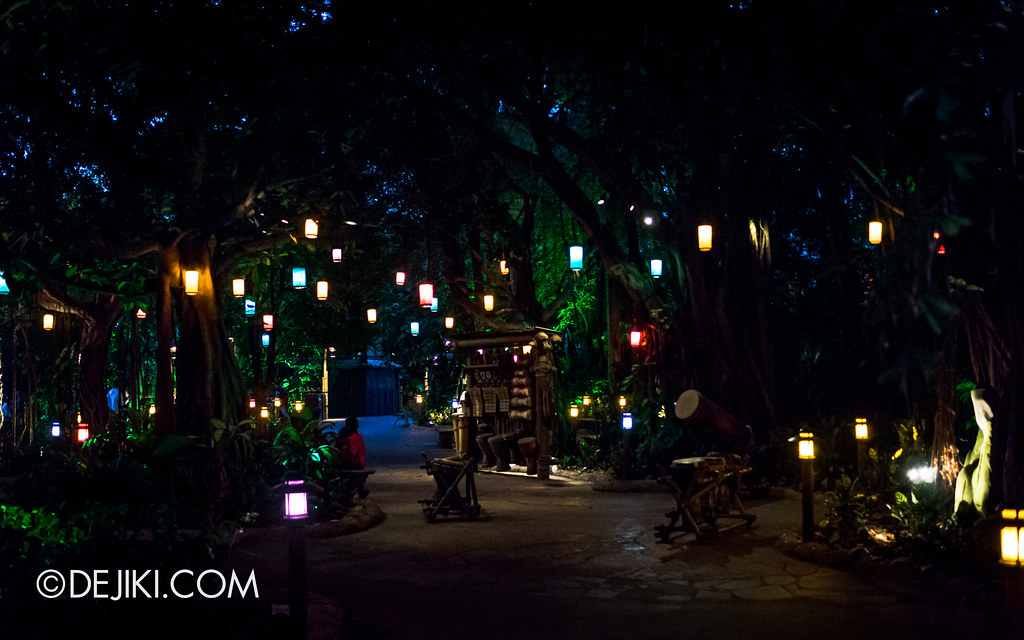 And we’ve come to the end of our short journey around Adventureland.