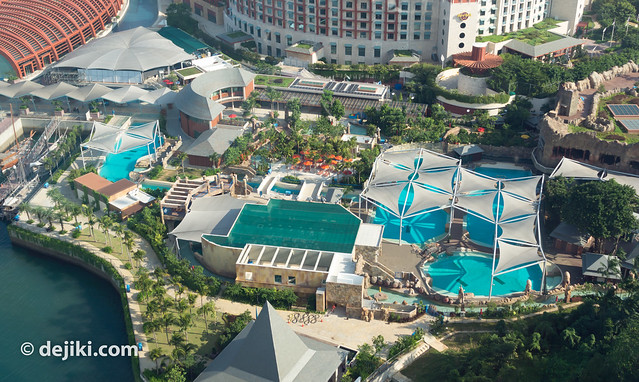 NEW!! Marine Life Park will be open to public no later than 1st December 2012. 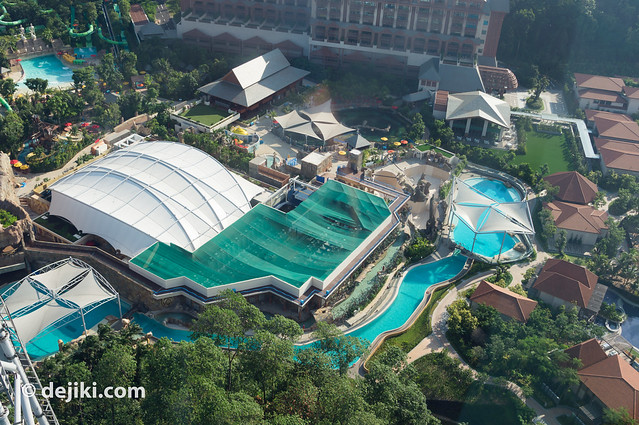 Overview of the “Equarius Side” of Marine Life Park. The S.E.A. Aquarium building (white roof) is so clean and white after the repairs seen in the last update. According to Zooish, this is the Open Ocean Habitat – the largest tank in the S.E.A. Aquarium. 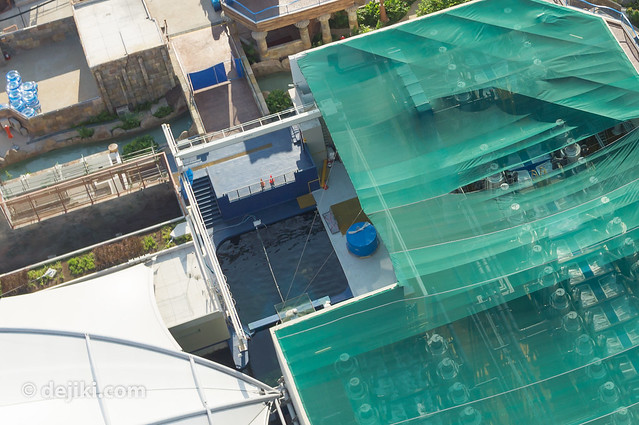 A peek at the pool at the top of the Aquarium building. 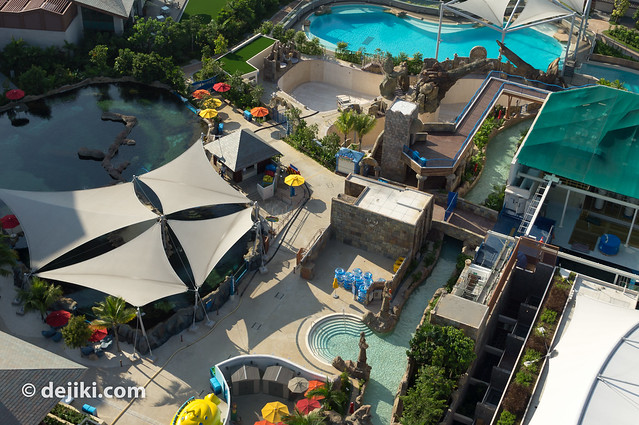 Rainbow Reef on the left, and some parts of the Adventure River on the right. 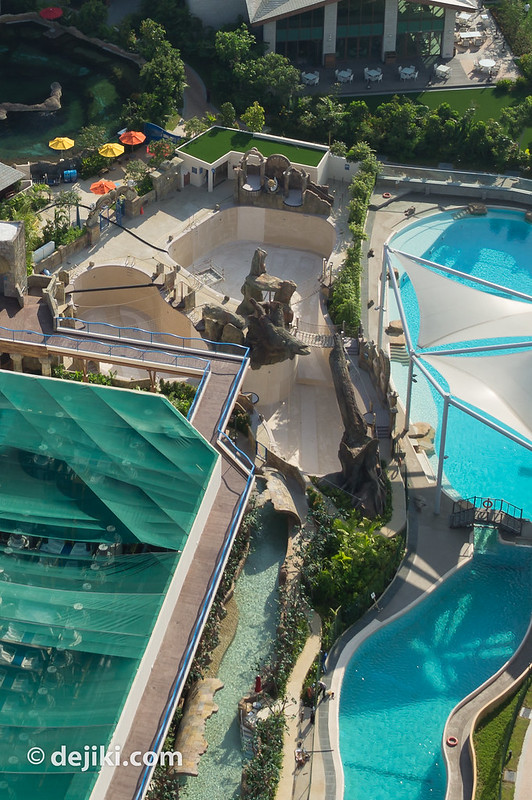 The “activity zone” at the shark-tooth-shaped pool is still dry. Seems like they’re still repainting the walls. The pools near it (and Adventure River) look so clean and ready for guests, though. 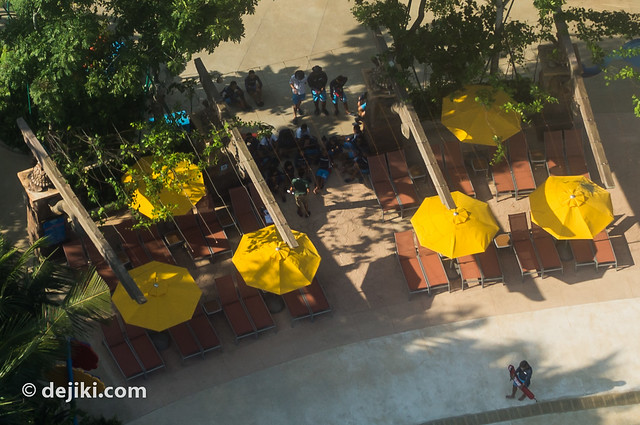 A group of park staff gathers near BluWater Bay. 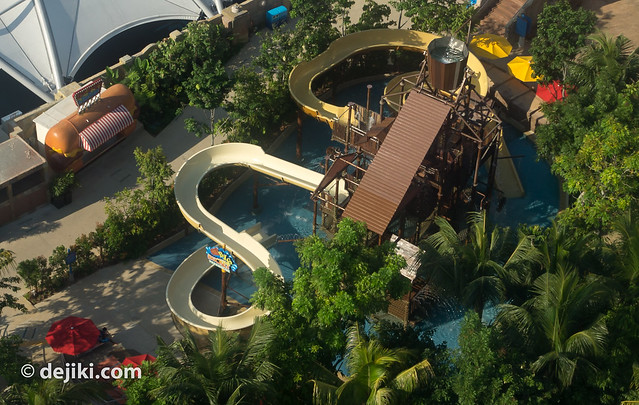 Big Bucket Treehouse, a playground for children, has all its water features turned on. There are a lot of sprinklers, buckets and short slides for young children. 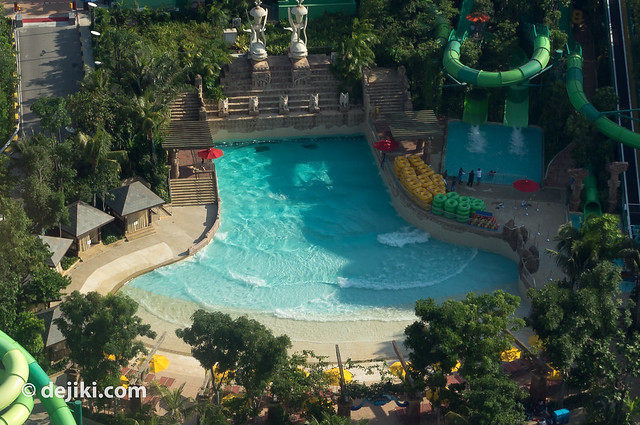 Here’s a shot of BluWater Bay, the wave pool, in action. Doesn’t it look great? Given the size of the pool, we should expect soothing waves, not the those crazy-powerful tsunami waves (Have a look at Disney’s Typhoon Lagoon).

Towards right, the two slides were also operating. Most of the slides and BluWater Bay were running for the past week, with the park staff testing (and enjoying) the facilities.

Other Information about Marine Life Park

*Note: These are tentative rates and are not officially announced by RWS. Thus, the rates are subject to change. Use this information only as a rough guide. There will also be packages that include both Adventure Cove Waterpark and S.E.A. Aquarium.

*Amusement/Thrill rides and attractions within this zone only. Does not include Marine Life exhibits, aquariums, etc.

Bluwater Bay
The only wave pool at the park, surrounded with thrilling water rides. Cabanas and lounge chairs form a cozy ring around the shallow edge of the pool.

Adventure River
The long lazy river that travels around most areas of Marine Life Park, including the Grotto (rock building) and overhead tanks.

Riptide Rocket
A high speed water slide, also known as a “Hydromagnetic Coaster” which uses a conveyor belt as a (somewhat launched) lift hill.
The blue 2-rider in-line tubes are used at this ride.

Pipeline Plunge
A long water slide that is mostly enclosed.

Speed Racer
A dual-lane slide for two riders to dive head-first on a mat, racing down several dips.

6 Responses to Marine Life Park – from the air 8