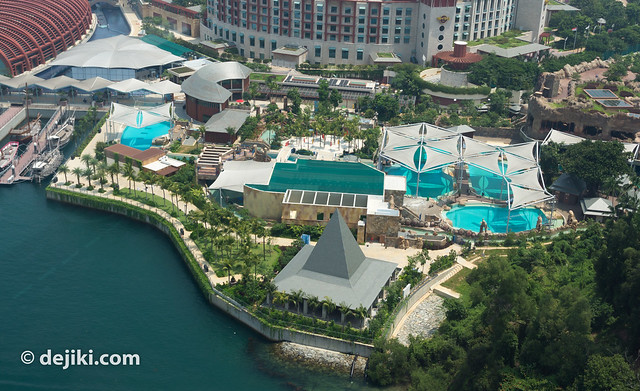 Resorts World Sentosa announced last week that the Marine Life Park is at its final phase of construction and will be open in time for the Resort’s Grand Opening on December 7th. As previously revealed in earlier from the air updates, Marine Life Park is separated into two zones: S.E.A Aquarium and Adventure Cove Waterpark. Another signature attraction at the park, Dolphin Island, will be ready next year.

I’m delighted to share these photos of the Marine Life Park from the air. The park certainly looks complete, with major repair works done and contractors putting on the final touches on the park’s various elements. 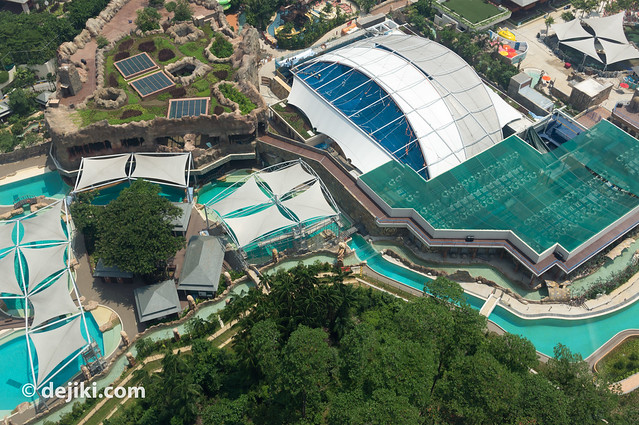 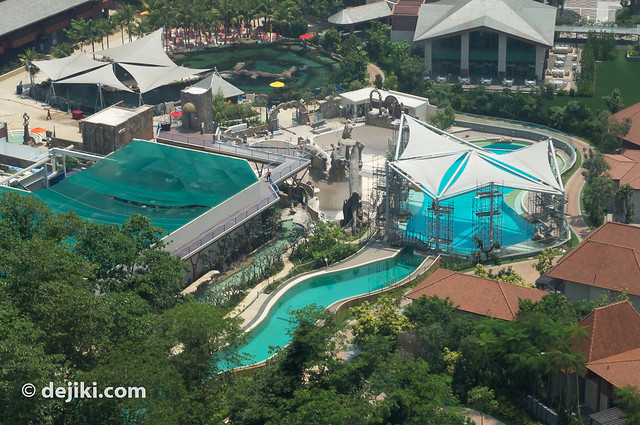 Some scaffolds around the park, but mainly to do some refurbishment works on the support pillars for the pool shades. 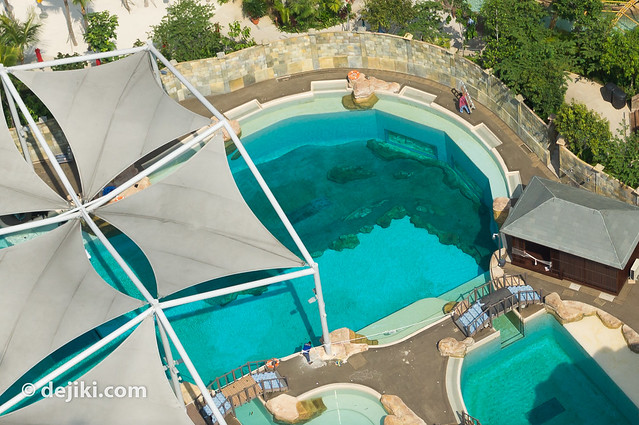 Some aquarium windows can be seen here. 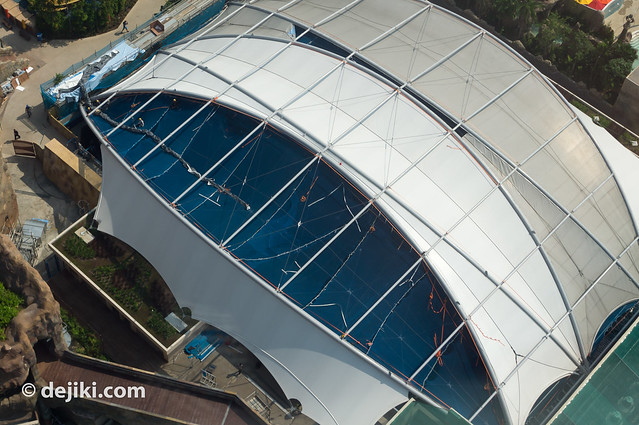 The roof for the main Aquarium building is being replaced. 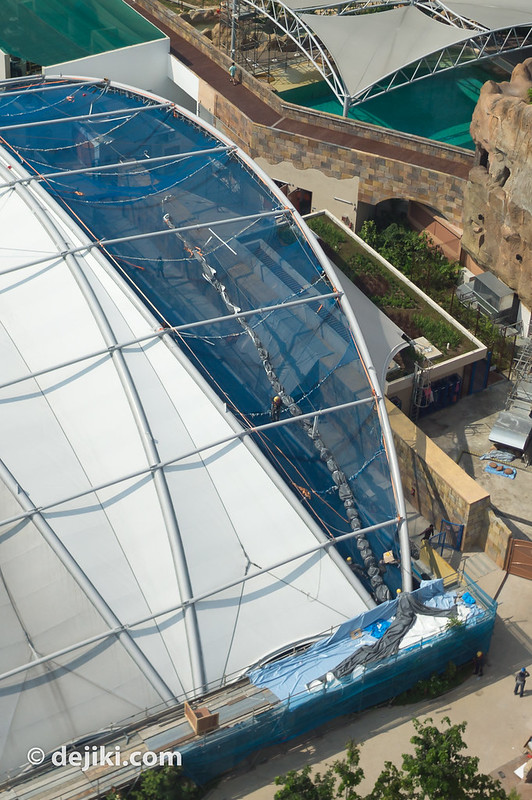 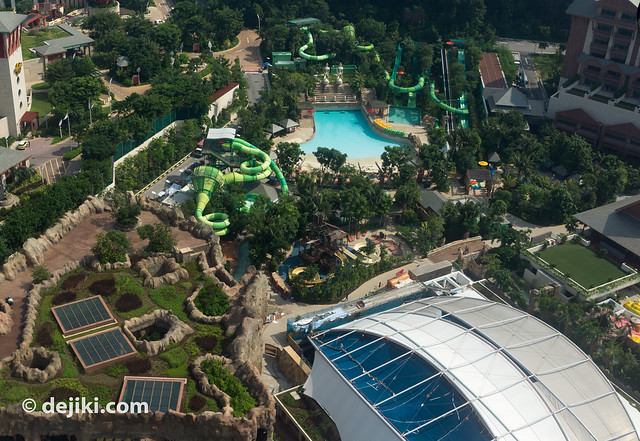 Adventure Cove Waterpark has been ready… for a few months. 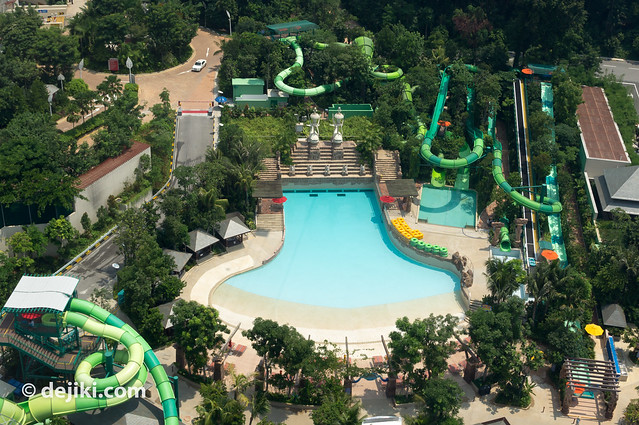 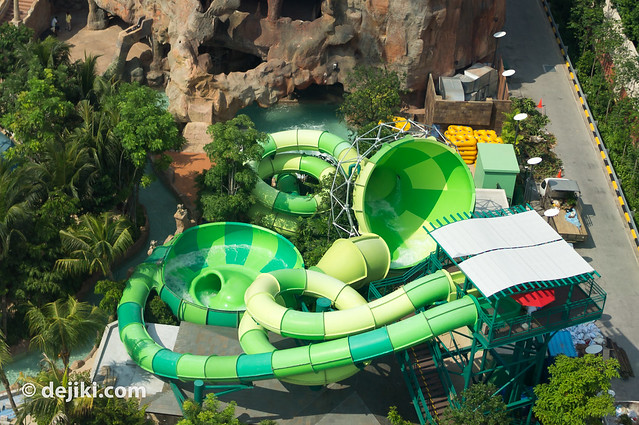 Spiral Washout and Whirlpool Washout were in operation. And it’s nice to see that the loading area has a shelter. 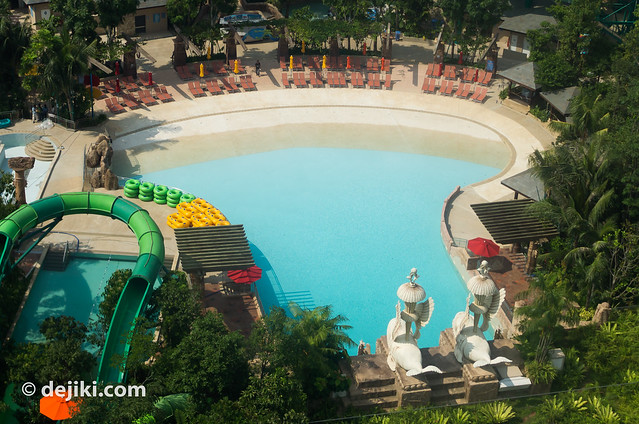 That’s all for now. Marine Life Park is expected to open in end November or early December, before the Resort’s grand opening on December 7th. Opening hours, dates and ticketing information for the park have yet to be announced.

7 Responses to Marine Life Park – from the air 7