While the Marine Life Park might appear almost complete in the last update, it seems that there is more work to be done. Most of the pools have been drained and many areas of the park are now accompanied with scaffolds. 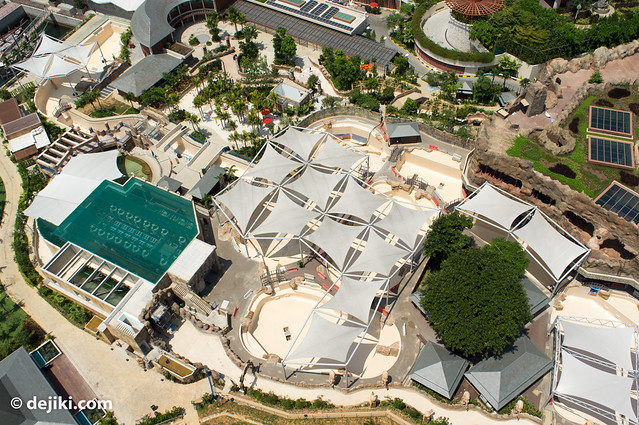 Compared to the beautiful views in the previous update, it’s does look a little shocking – almost like construction has regressed. Of course, this is only for the outdoor areas – there isn’t much see with what’s happening underground or inside the buildings. Let’s take a closer look at everything. 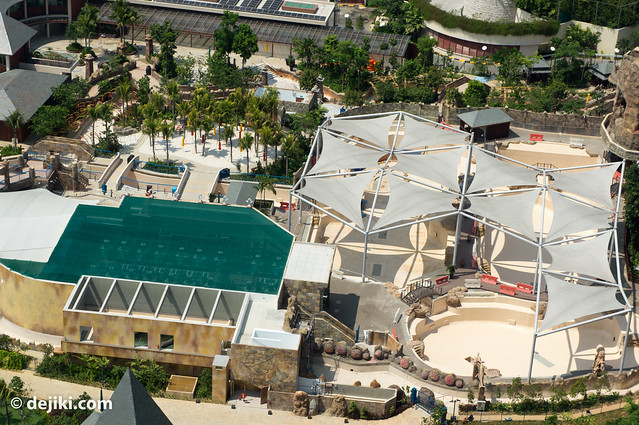 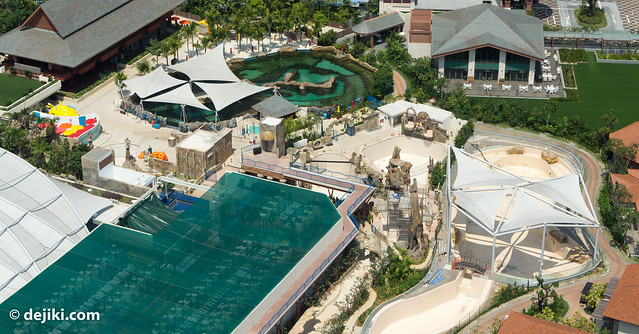 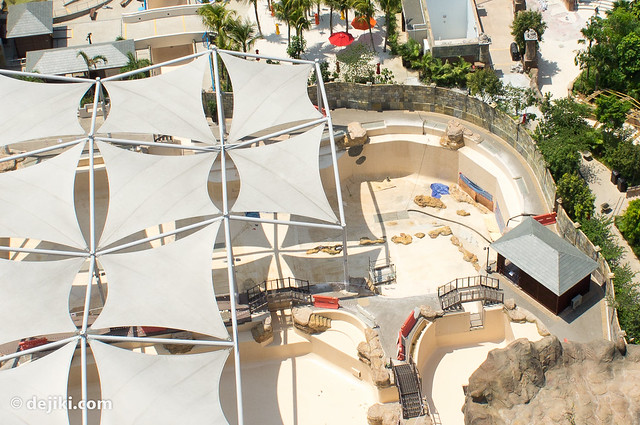 Stone landscaping at one of the pools. They definitely need the pools to be dry for construction. 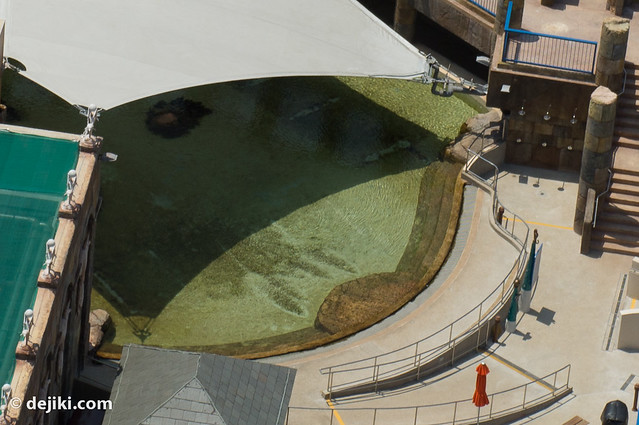 Not sure what this area is really for yet, but do take note of the showers on the right. 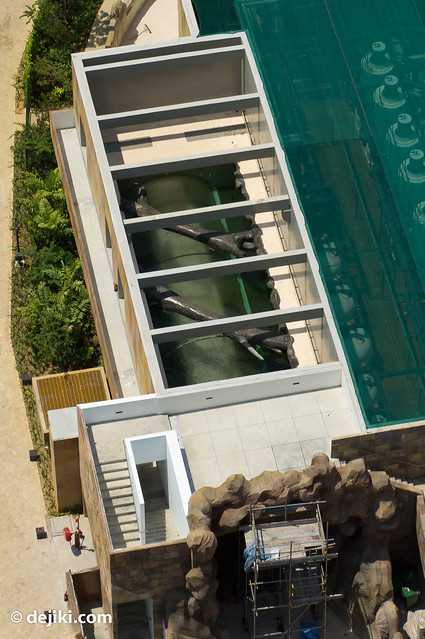 I finally have a nice shot of the overhead aquarium, or “tube” section of the Adventure River. 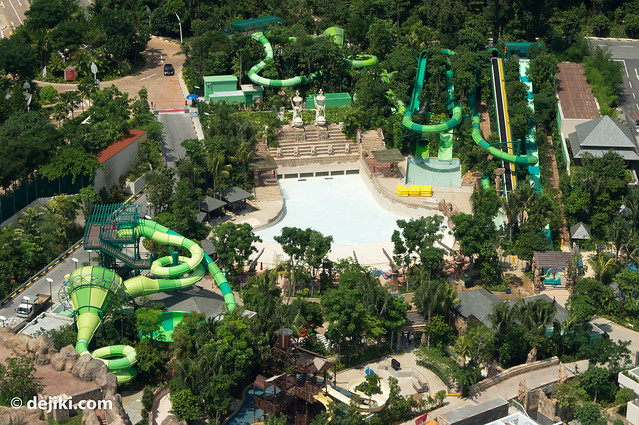 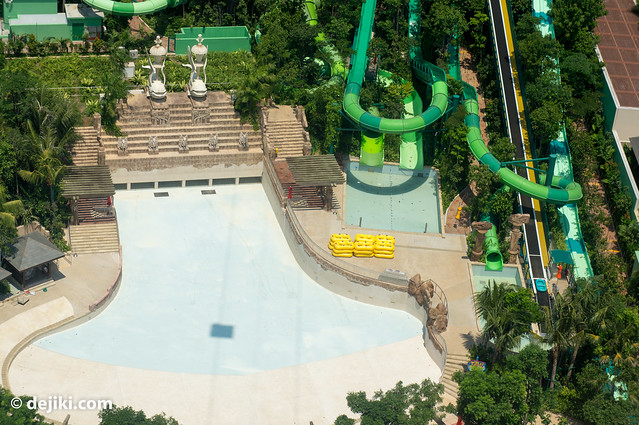 Even the Adventure Cove Waterpark area is dry. Perhaps the park is working on the water filtration system. Then again, it doesn’t make much sense to always keep the water in the park when it is not in operation. 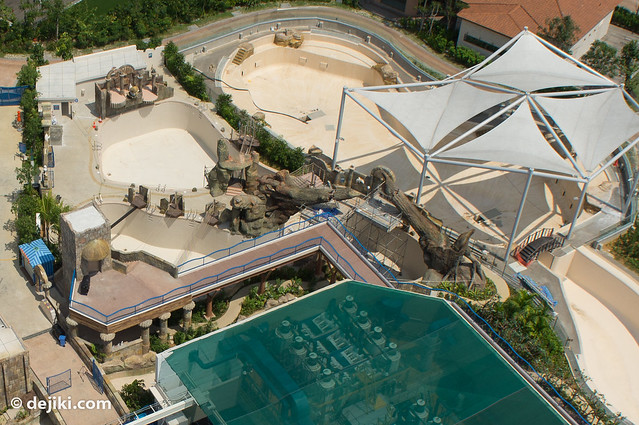 Some work is going on with the logs with swinging ropes. The fixtures on the log where ropes are connect have been taken apart. Some structural reinforcement, perhaps? 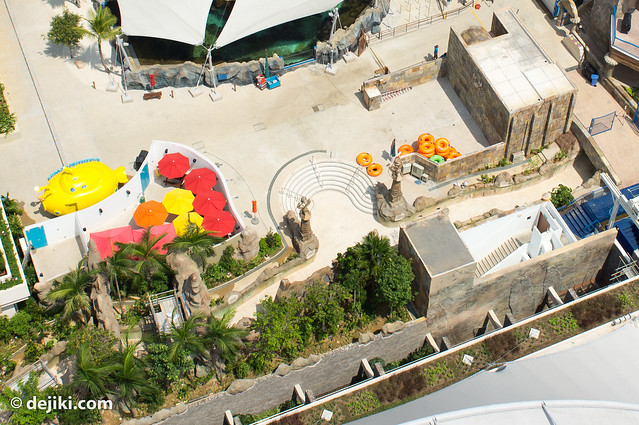 Here’s a view of the Adventure River, with some scaffolding at the bottom-left corner. Some work is going on at the waterfall archway. 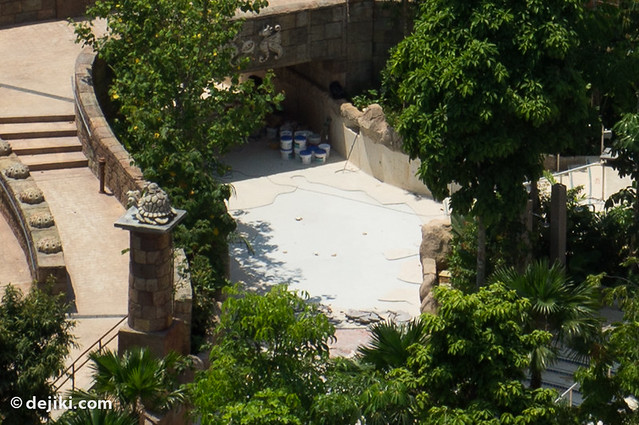 Some repair works at this section of the Adventure River: the flooring appears to have cracked, and is being ripped apart and redone. 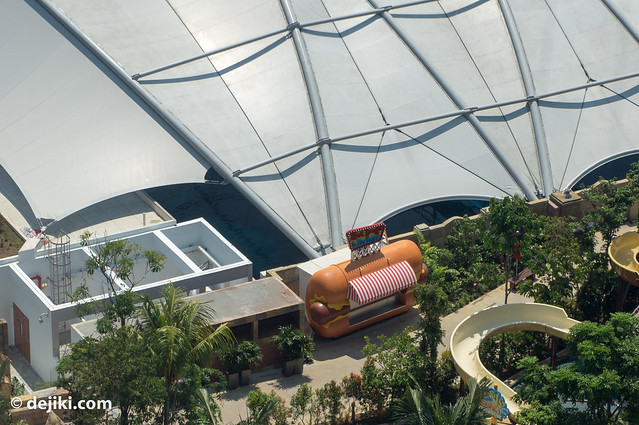 The aquarium building however, still has water, and… 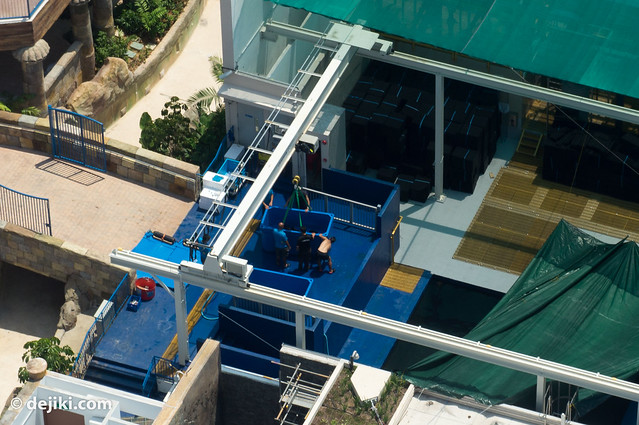 It looks like some of its residents are moving in.

That is all for this update of Marine Life Park – from the air. It looks like the park still needs work at certain areas, but the good news is that there is some activity in the main aquarium.

For those who have been keeping up with the local news, Marine Life Park is now expected to open by the end of 2012. The park will be split into different areas, with the street level being the Dolphin Experience (interconnected pools) and Adventure Cover Waterpark. The Aquarium will be viewed underground, as originally designed in the park’s initial plans.

According to Wildlife Park Enthusiast Zooish, there will be separate ticketing options for the three zones of Marine Life Park – guests will be able to choose which zones to visit and pay admission for each zone. Of course, there will be bundle packages for guests who wish to experience all that Marine Life Park has to offer. Ticket prices are still being decided, and I sincerely hope that they have plans for annual passes 😉

Stay tuned (Subscribe!) for the next update in a couple of weeks!

6 Responses to Marine Life Park – from the air 5