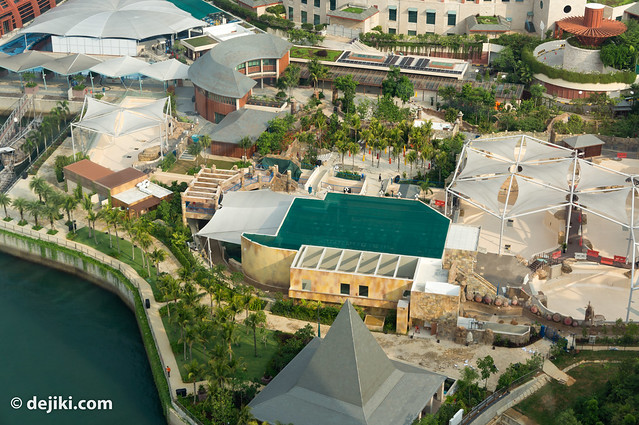 As seen in the previous aerial update, many parts of Marine Life Park are still undergoing construction.

05/09: Scroll down to see some new photos – There’s been progress at various sections. 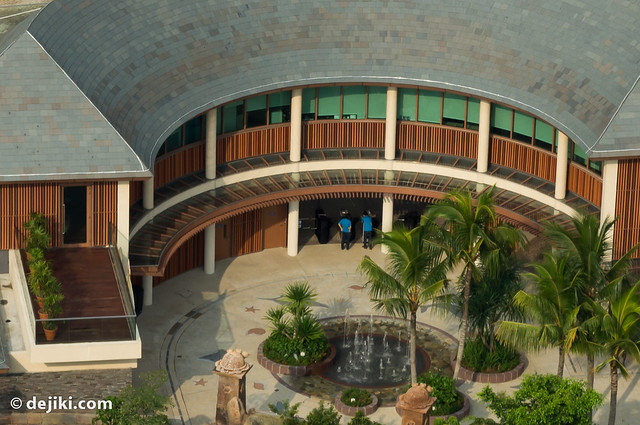 There’s some ticket scanners/gantries here – So this is either the main entrance, or the entrance to Adventure Cove Waterpark section. 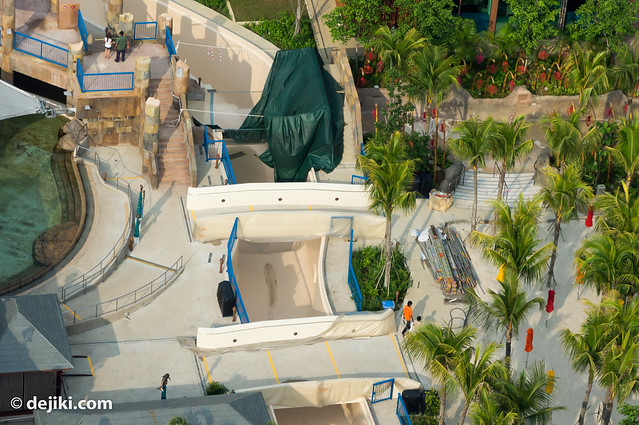 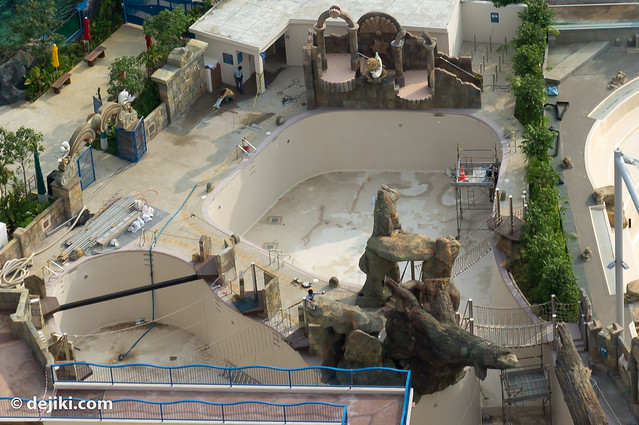 Some parts of the pools are still being repainted and fixed. The other sections were undergoing repair, as mentioned in from the air 5, have already been nicely resurfaced. 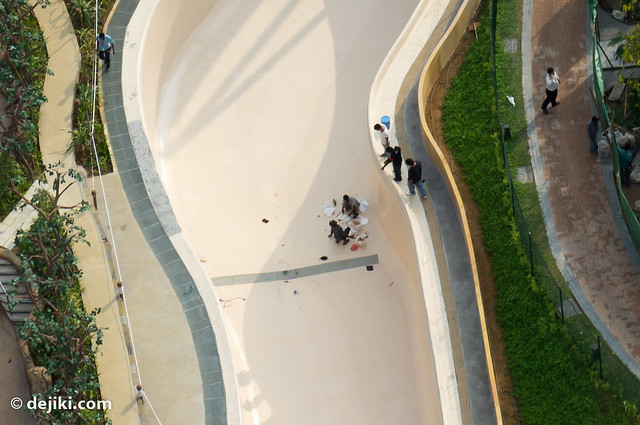 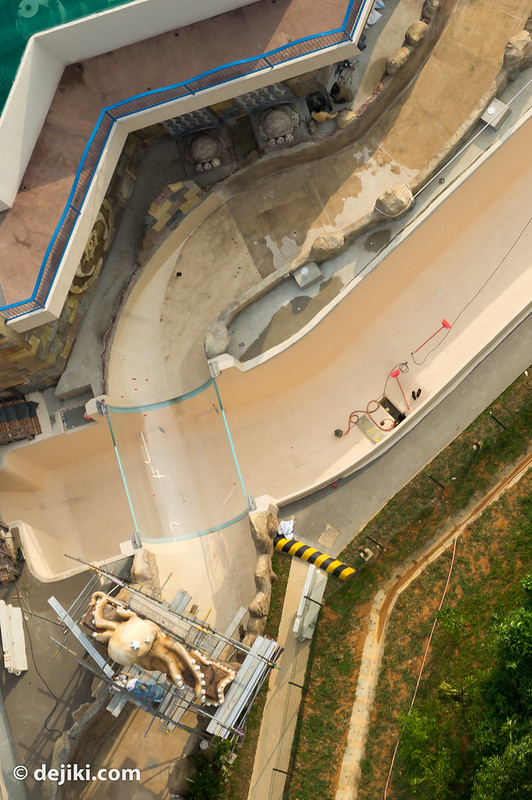 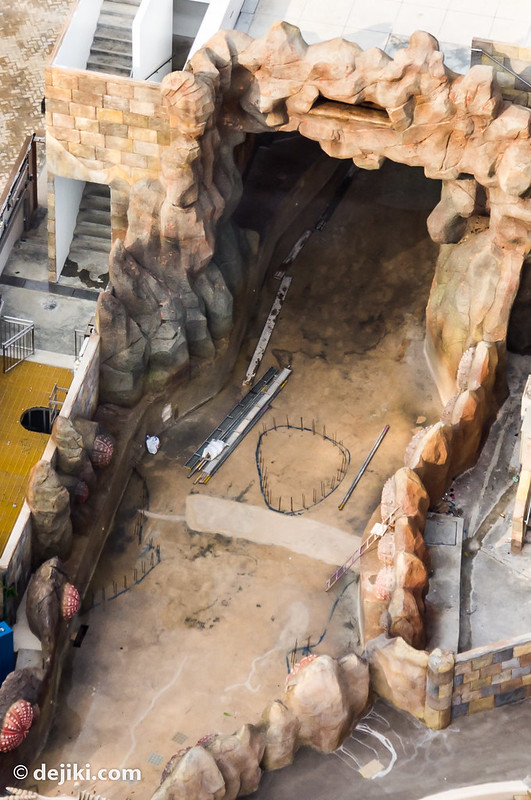 Some new construction here, which looks like new elements along Adventure River. They’re putting in something in the middle of the river, but that spot is also where the waterfall hits the river. 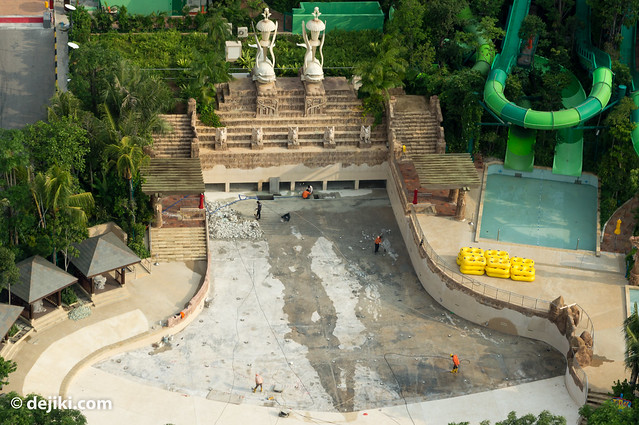 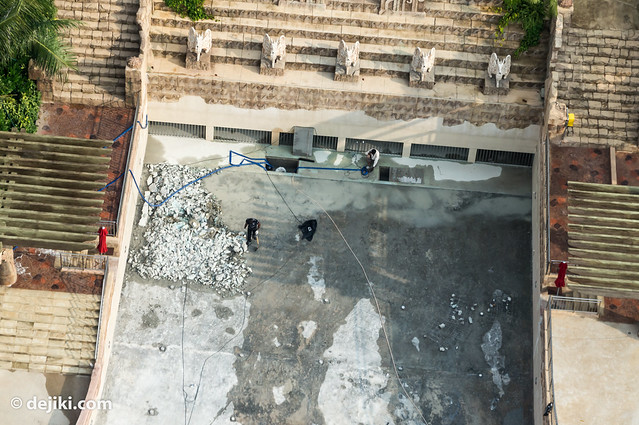 Perhaps the most shocking sight would be BluWater Bay being stripped apart for resurfacing. 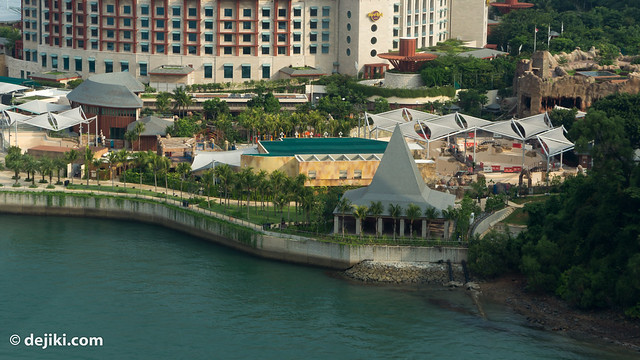 So yes, this is a short update. There’s still lots of work to be done before Marine Life Park is complete. As a highly anticipated attraction (I’ve got a lot of emails about MLP), I’m sure the RWS does not wish to delay Marine Life Park’s opening any further.

Here’s an update to an update. There’s been quick progress at the park. 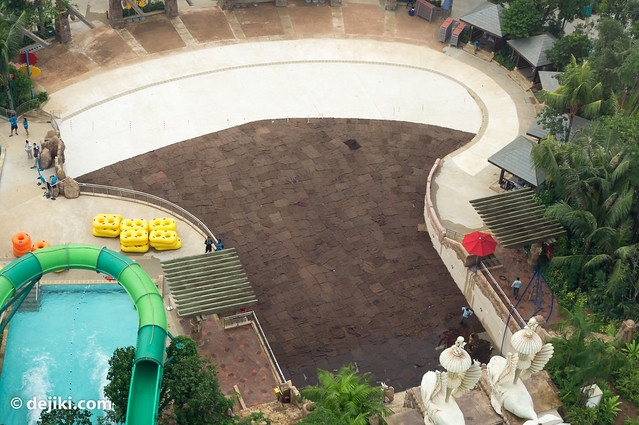 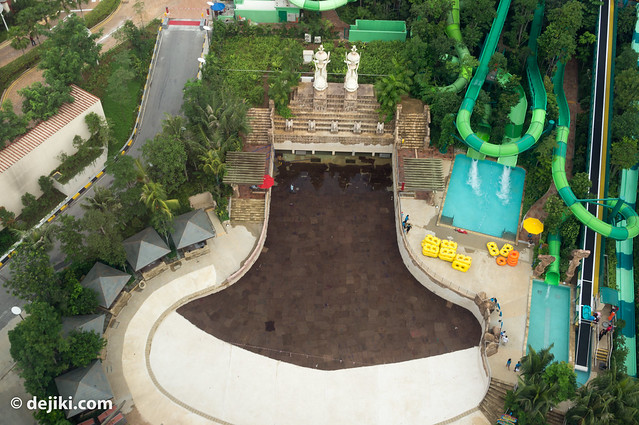 BluWater Bay – I’m not sure what’s going on here exactly. 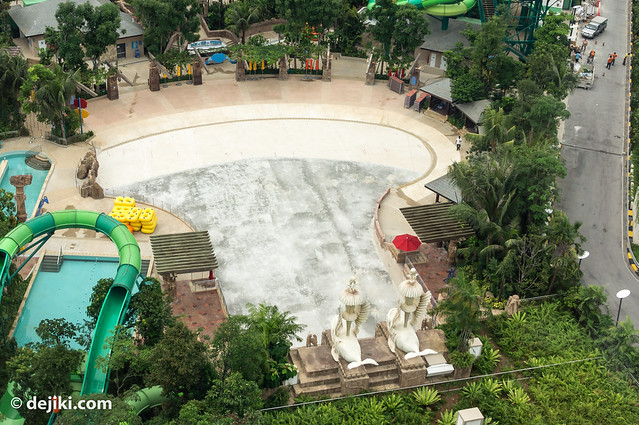 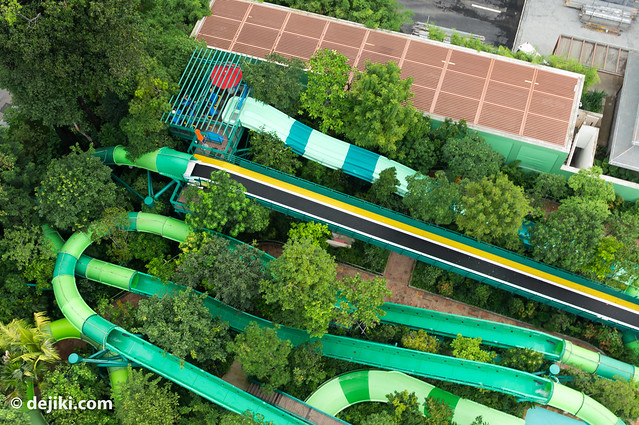 Some of the rides are back up and running. Can you spot the park crew here? 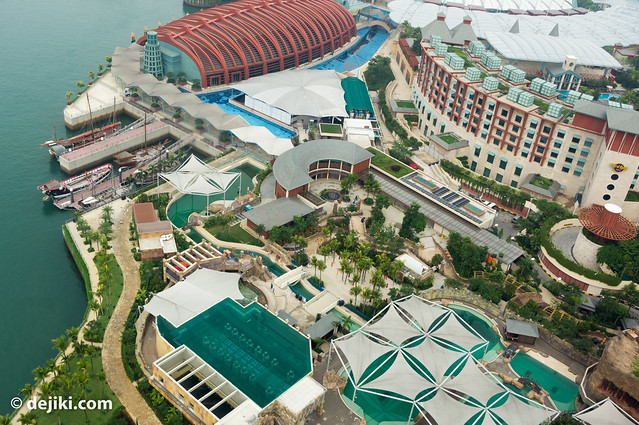 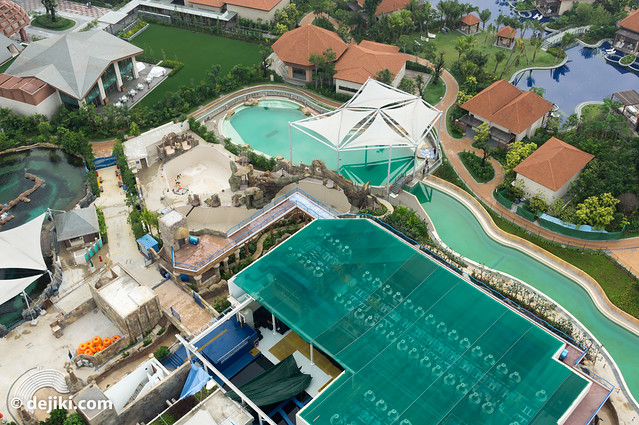 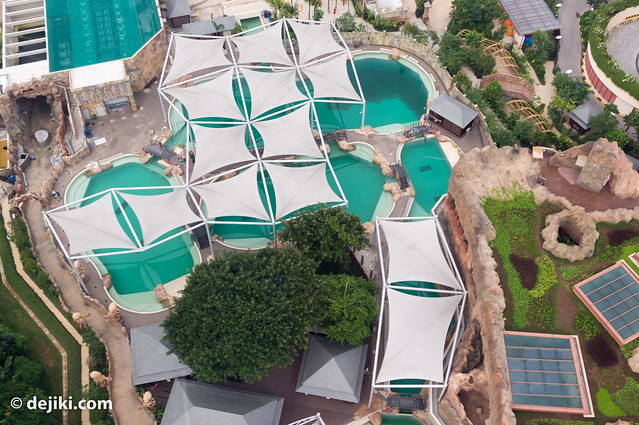 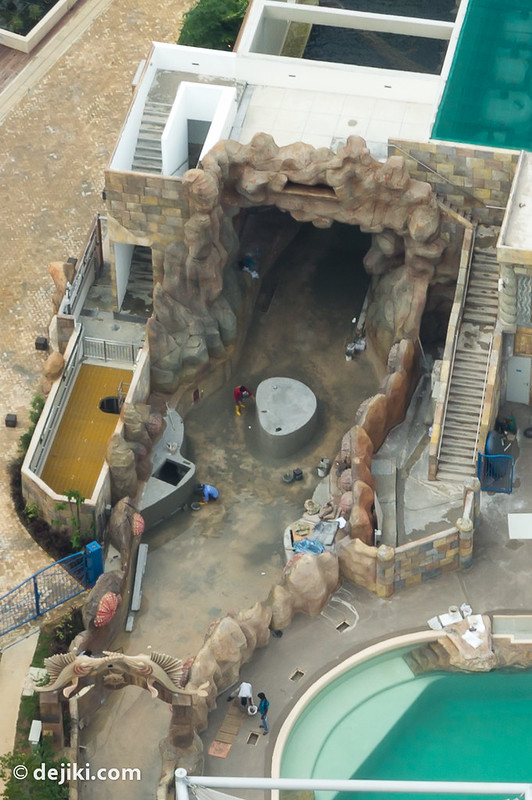 As for this section of the Adventure River, we can now see that they’ve narrowed this section a little, with that strange shape in the middle of the ride path. It seems that there are extra pumps installed at the side of the river here, possible to regulate or increase the flow of the river.

4 Responses to Marine Life Park – from the air 6