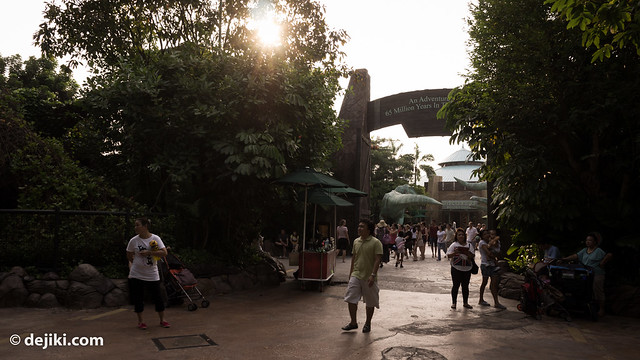 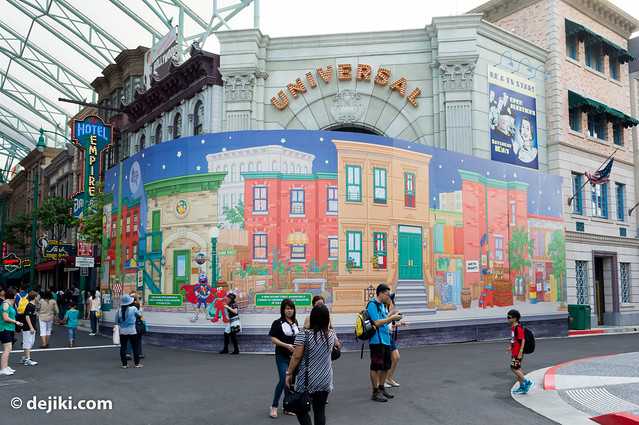 This colourful facade has been installed in front of the ride’s entrance to hide construction work from park guests. Unlike the Transformers facade last year (which provided guests with no flights of fancy), there appears are several elements in this vibrant installation that could hint or foreshadow what the Sesame Street ride is.

It appears that the story revolves around Spaghetti being star-trekked out of Sesame Street by a mysterious villain, and it’s up to Elmo and Super Grover to save the day. 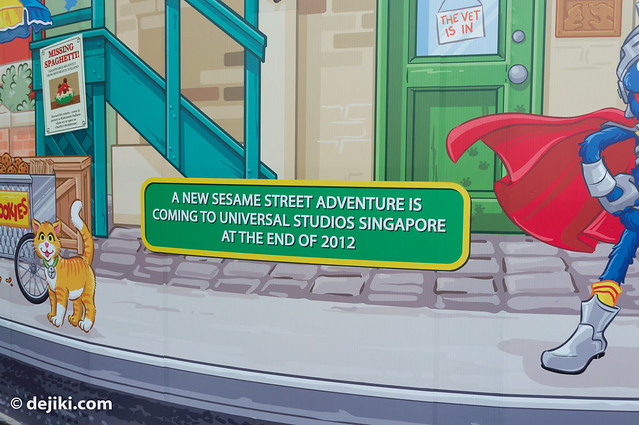 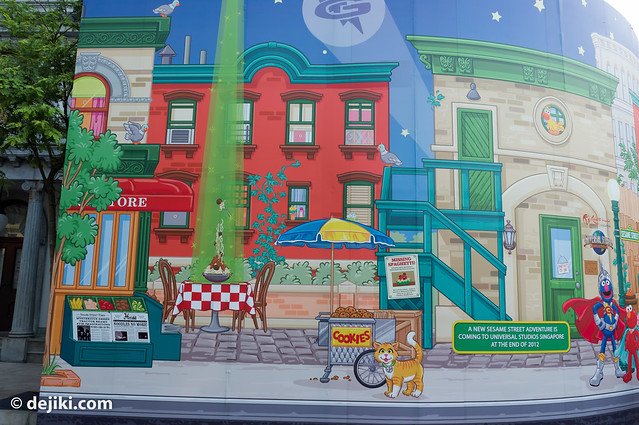 But it gets a little curious – because the “newspapers” on the wall (at the bottom left) are all dated October 21, 2012. It’s a Sunday, and a Halloween Horror Nights 2 event night. There is a chance the ride might open on that day (or another Sesame Street announcement) or perhaps, that’s the day the facade will be taken down. 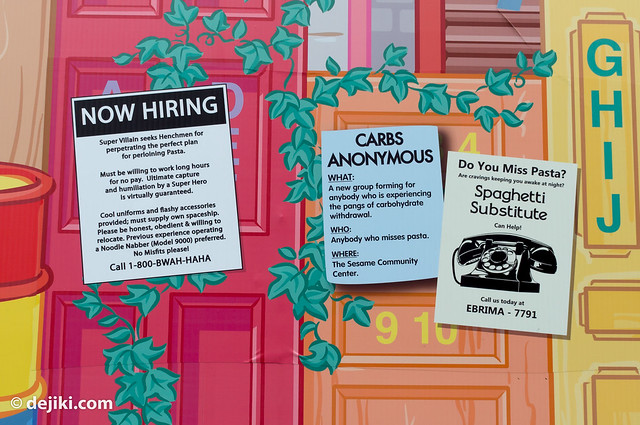 Ironically, within the posters for missing Spaghetti, help lines and other pasta related notices, there is a hilarious ad placed by the villain. 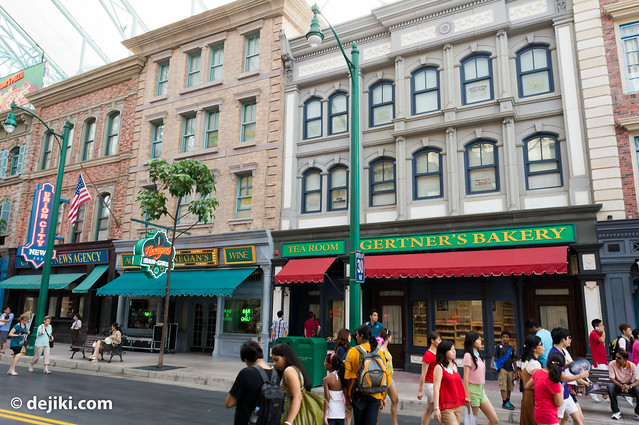 All sorts of construction noises can be heard from these building facades. Directly behind them, is Stage 29, which seems awfully small for any type of dark ride (unless we’re expecting Disney’s classic Fantasyland dark rides). Maybe there is some dual-level magic, from Transformers: The Ride?

Either way, it will be interesting to see how the park manages the look of this area during the upcoming (and future) Halloween Horror Nights.

Here’s a few more interesting items spotted in the park: 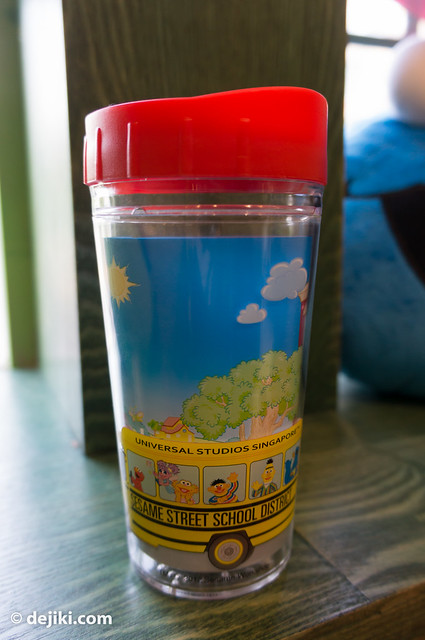 A dual-walled Sesame Street tumbler that allows its outer wall to turn, making it look like the School Bus is travelling around Sesame Street (the background stays fixed). $23.90 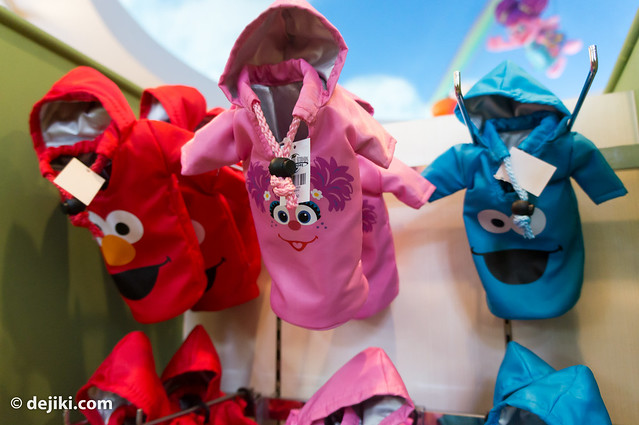 “Hoodies”, or holders for water bottles. 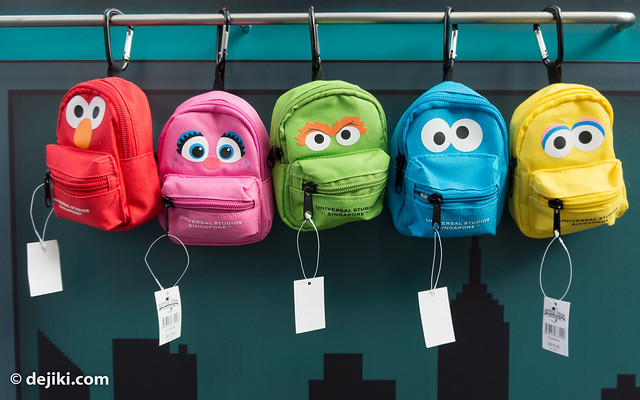 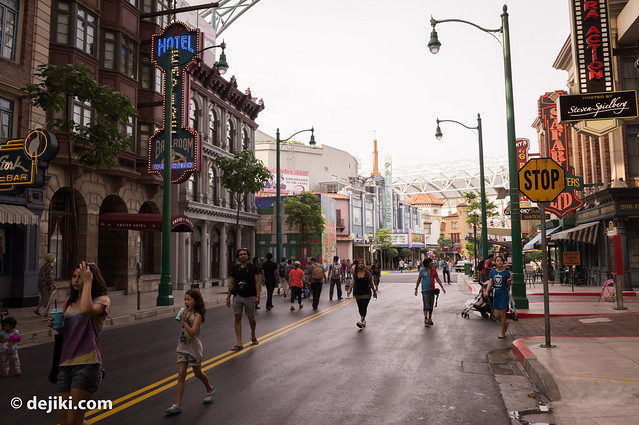 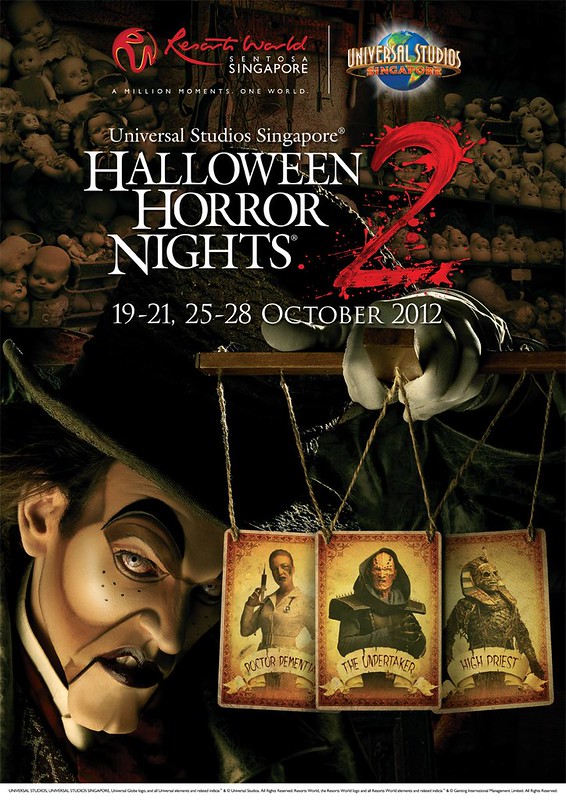 Halloween Horror Nights (HHN) returns to Universal Studios Singapore this October with more ambitious than last year, promising greater fear-filled experiences with more advanced effects and ambitious concepts. We have a new icon – The Puppet Master, and his three partners in crime – Doctor Dementia, The Undertaker and High Priest. 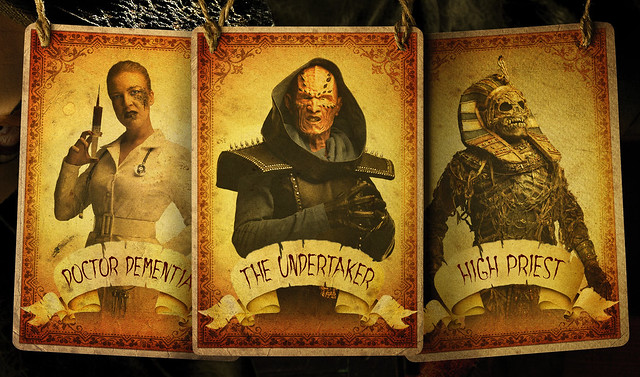 This year, the event will be larger than before, with most areas of the park open during Halloween Horror Nights event hours. Several rides and attractions will stay open for the night, including:

The line-up includes the park’s most popular attractions. The exceptions are some “family-friendly” rides and shows.

This subsection has been updated with new information on 30/09/2012.
At this moment, the park announced that there will be five scare zones and three haunted houses, of which:

In comparison, last year’s event featured five scare zones and two “haunted attractions” – The Pestilence (Sting Alley) and The Vengeance of the Matriarch (always referred by park staff as the “haunted house). Even if Stage 28 is still available for HHN this year, it’ll be interesting to see how the park crams in another two haunted houses in the space-constrained park.

I’ve spotted some construction for one of the haunted houses, which I believe is the The Insanitarium, helmed by Doctor Dementia. This is located at the Waterworld sheltered queue zones. 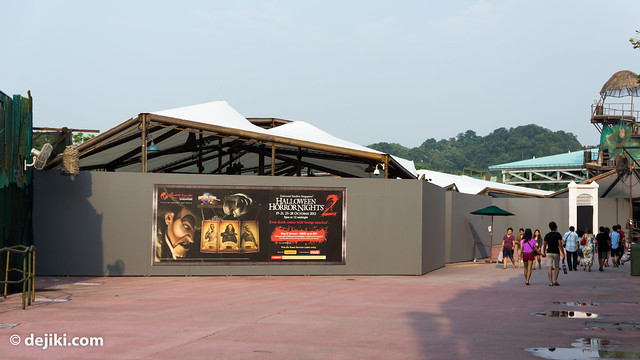 It is possible that the third haunted house, being themed to the Egyptian High Priest, could be located at the unused exterior queue zone for Revenge of The Mummy.

Stay & Scream – $45
Upgrade your Universal Studios Singapore Day-Pass purchased from 15 Aug to an event ticket
Note: You can use your Day-Pass to purchase the discounted HHN event ticket for another night, it does not need to be all on the same day.

Universal Express – $40
Receive priority access to three haunted houses and select Halloween Horror Nights 2 attractions.
Note: This is not the same as the Day-time Universal Express. You can only use the HHN Express Pass during HHN.

R.I.P. Tour – $148
R.I.P. Tour (Early Bird rate, book before 1 October 2012)- $128
R.I.P. Tour features a guided tour through all scare zones, VIP access to attractions as well as other benefits, such as photo opportunities with scare actors and some discounts at F&B and retail outlets.

For further information and to buy event tickets, visit RWS website. Tickets can now be purchased from the park, while online purchases will be available from 24 August 2012.

As the park announced HHN2 early, detailed information about the event is still scarce at this moment. When new information is available, I will update this entry, as well as another entry where information on all other Halloween attractions in Singapore will be compiled.