By Dejiki on May 14, 2013 in Attractions, Marine Life Park, Theme Parks 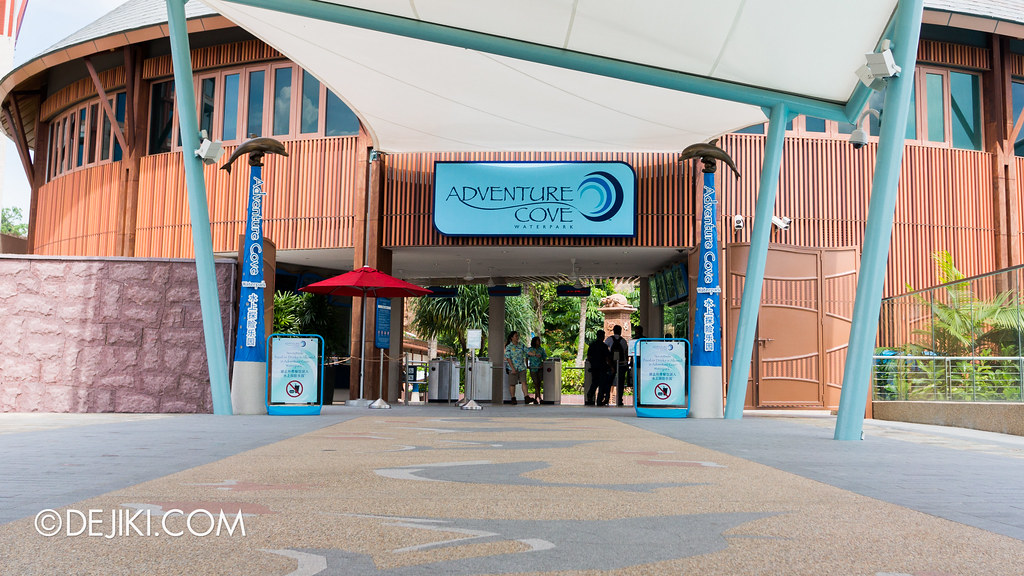 This Photo update focuses on the recently opened Grotto building at Adventure Cove Waterpark. The Grotto, apart from being a sheltered rest area and cafe, offers guests with a closer view of some sections of Dolphin Island. 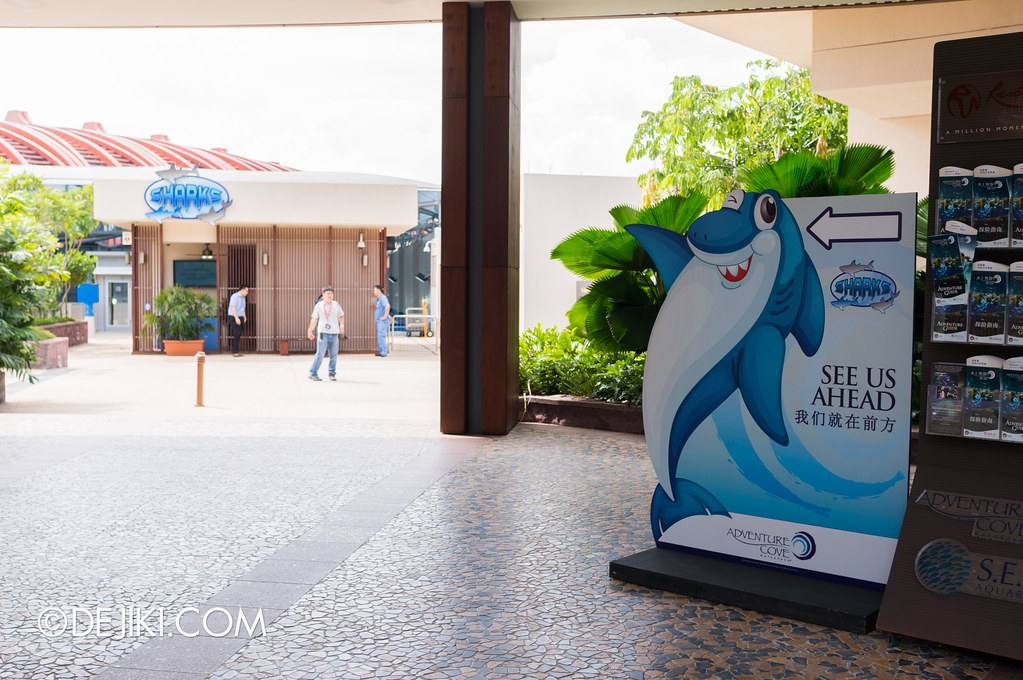 Just a few steps in and I noticed something new: A sign leading to the Shark Seas (or “Swimming with Sharks / Shark Encounter” experience). The attraction is still not open yet. 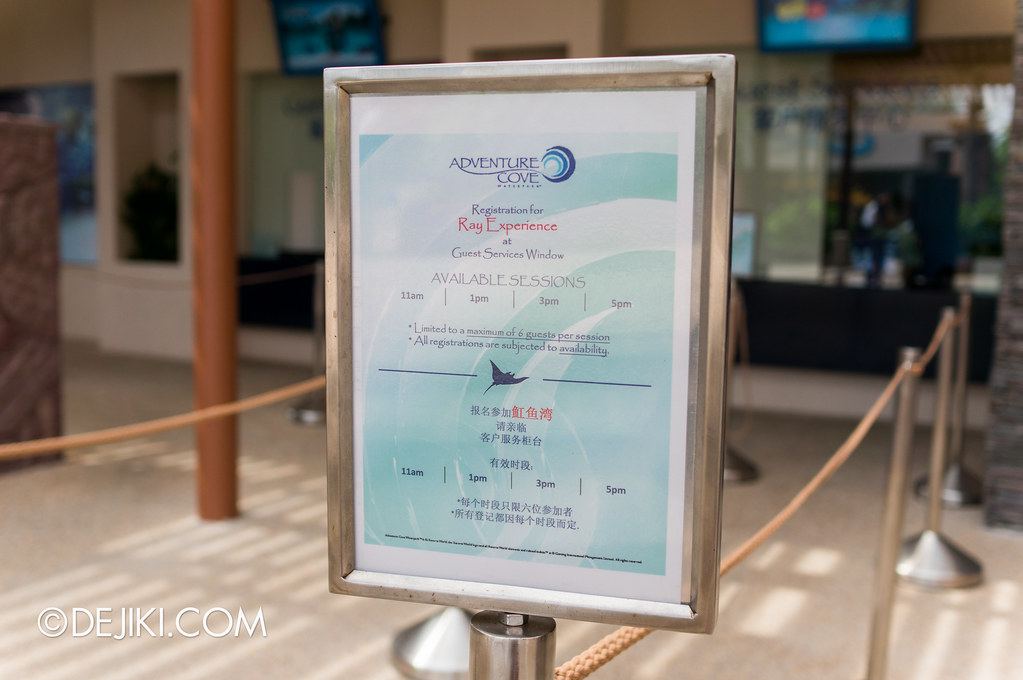 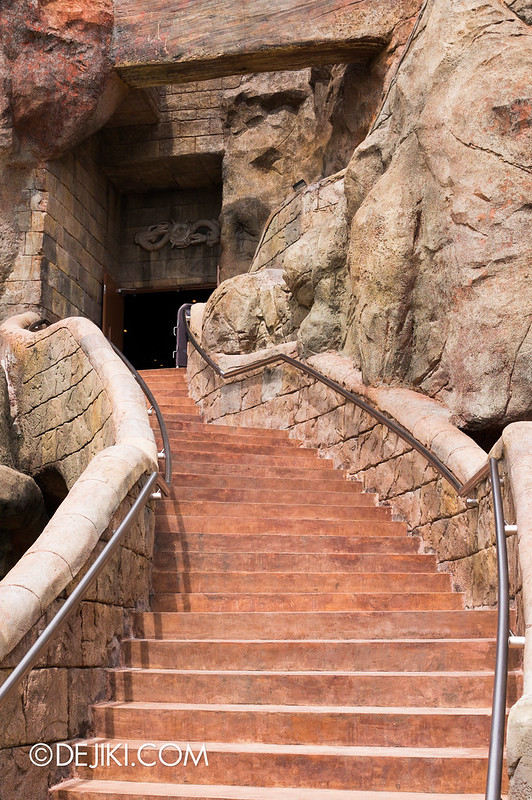 Let’s go to the second level of the Grotto! But first – notice anything missing? 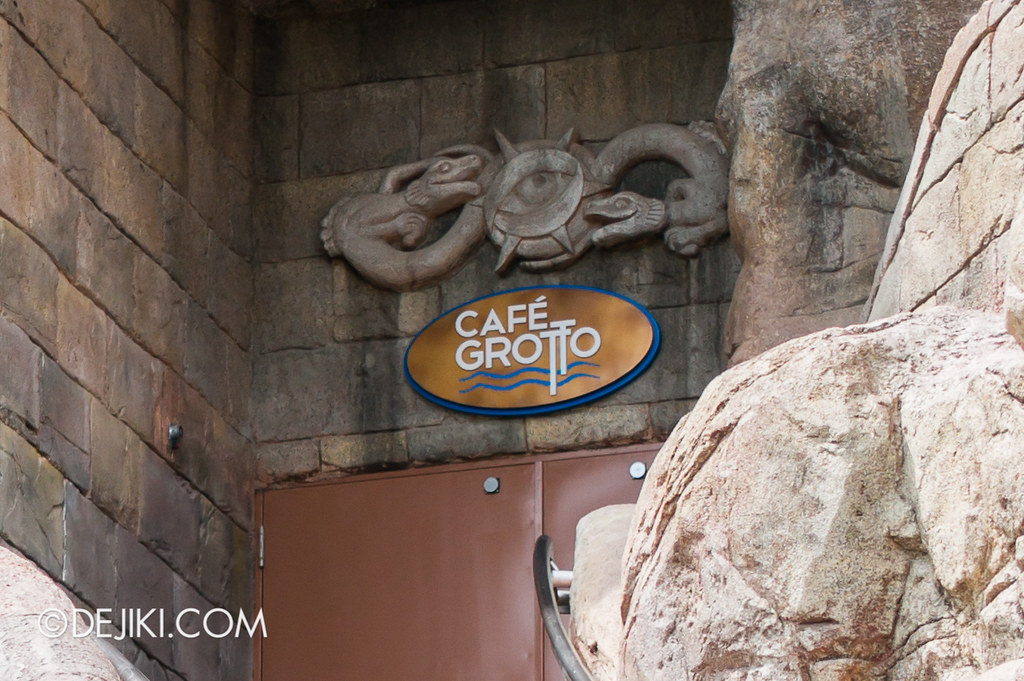 A few months ago, there was a sign for Cafe Grotto. 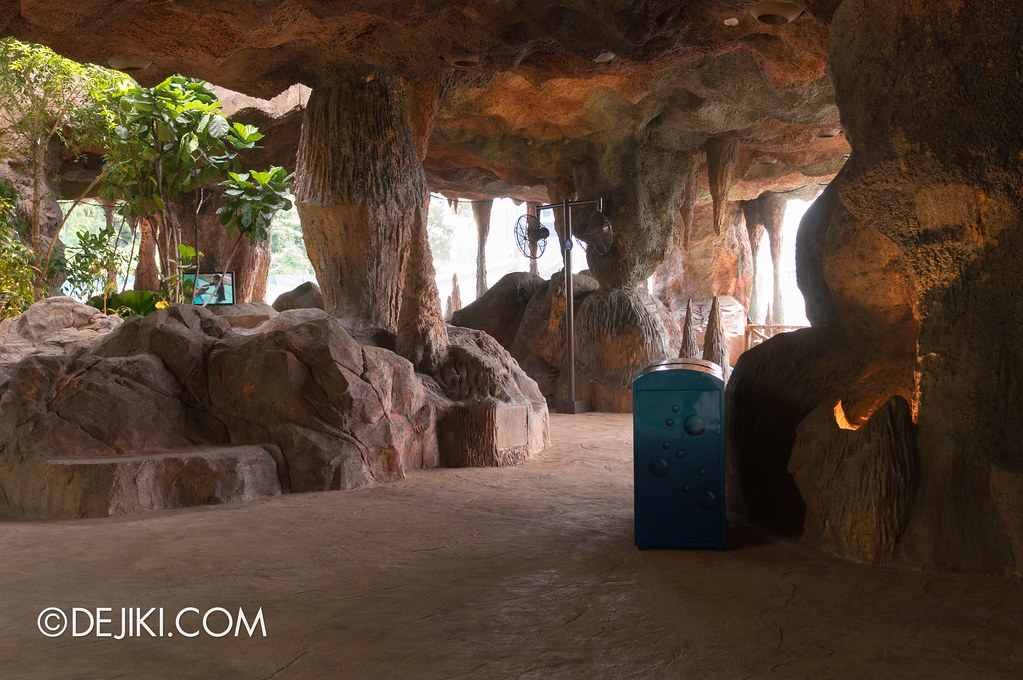 I thought there would be more inside the Grotto (exhibits or activity area), but there are just several groups of recliners and a small installation for Dolphin Island. 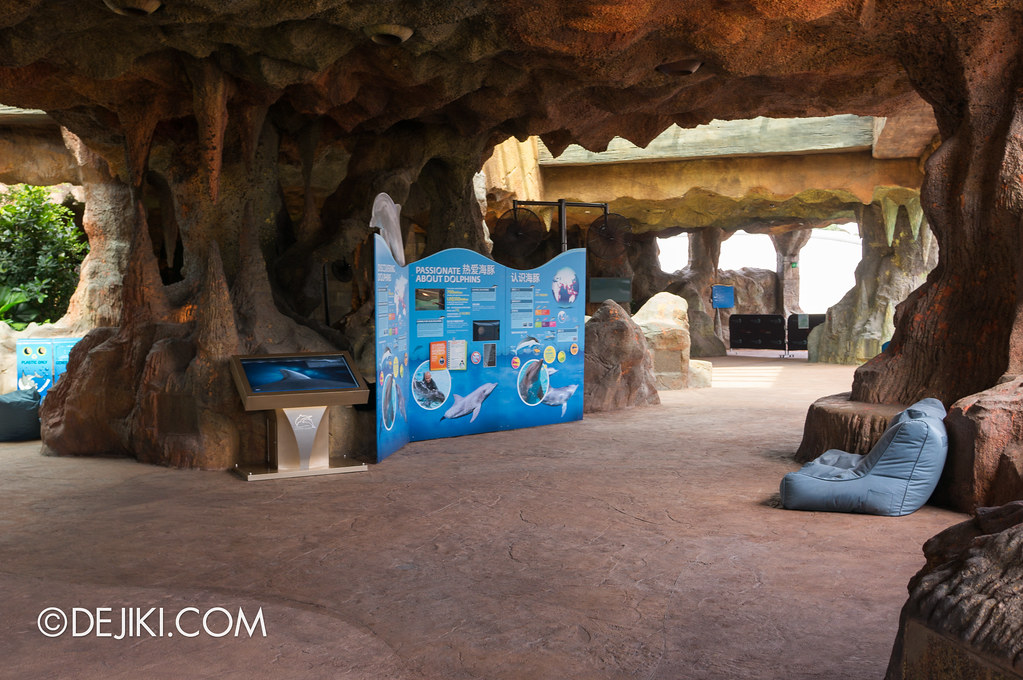 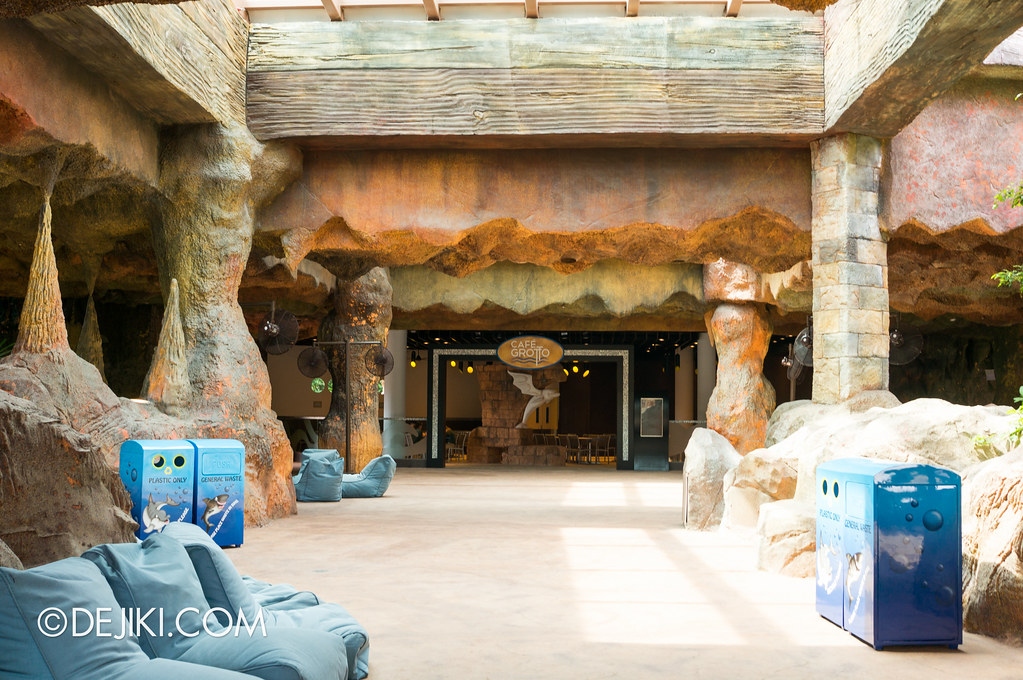 Cafe Grotto takes up a small area in the second level, and it’s still not open. 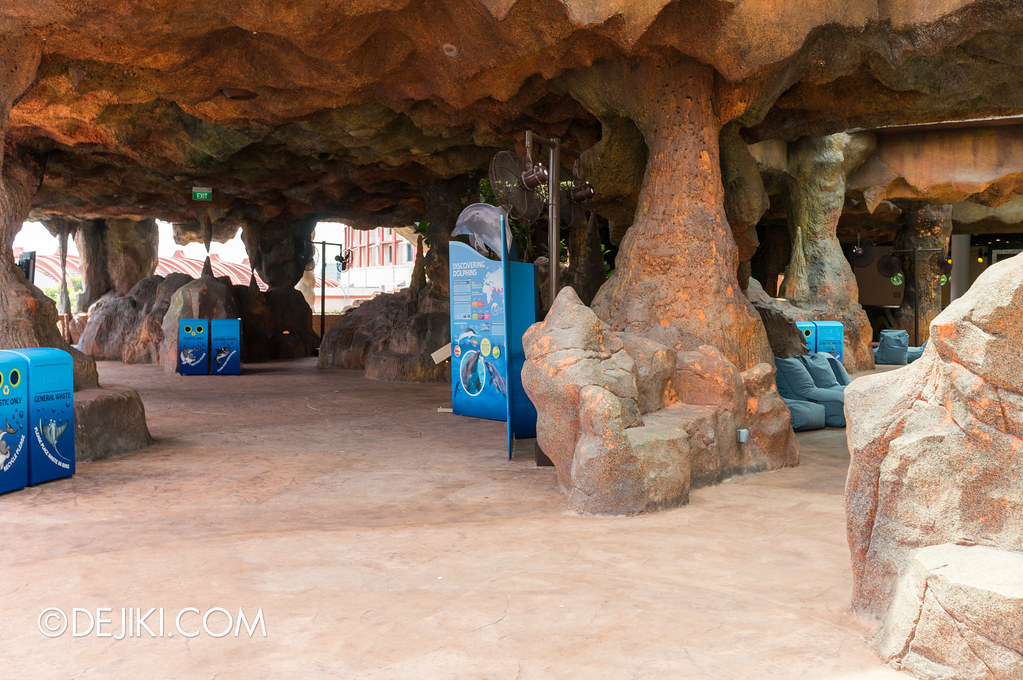 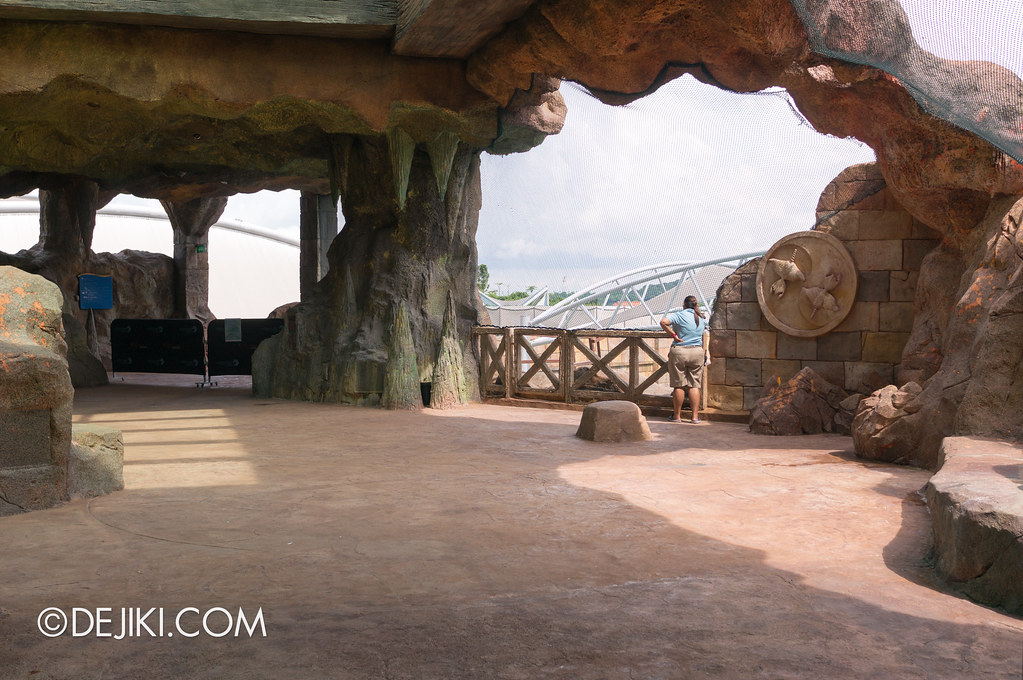 There is nothing much to see inside (for now), so the only reason you would want to climb the steps here is to have an overhead view of the Dolphin Island pools. The view is partially obstructed with black netting – used to prevent objects from being thrown into the pool below (or people, from falling over).

Notice the barriers on the left side of this image? It leads to an elevated path that goes to the other end of Adventure Cove Waterpark: the corner with Rainbow Reef and Splashworks). It is unclear if this path will be open at all, as it is very close to the dolphins and there are no net barriers. The pathway also provides guests with a view of a certain backstage area of the park. 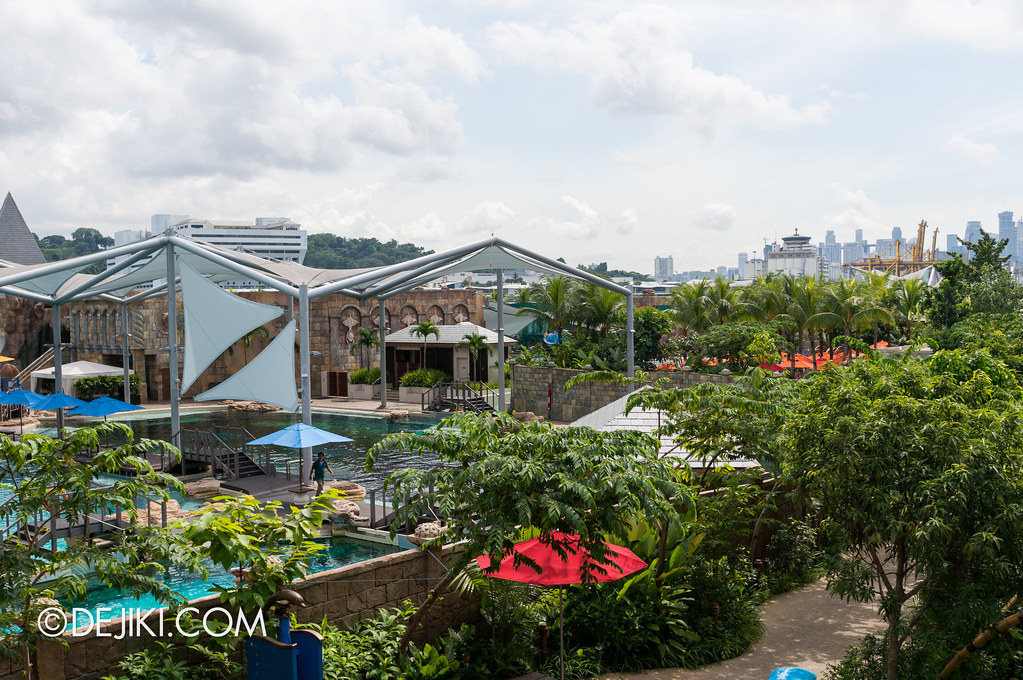 Have a look at this chart I made – a map of Dolphin Island. The park mentioned that there are 11 “lagoons” in total. With a diagram of the park and aerial images, it is easy to see how the 11 pools are laid out in the park.

Pool #1, the largest pool, could be viewed underground from S.E.A. Aquarium. 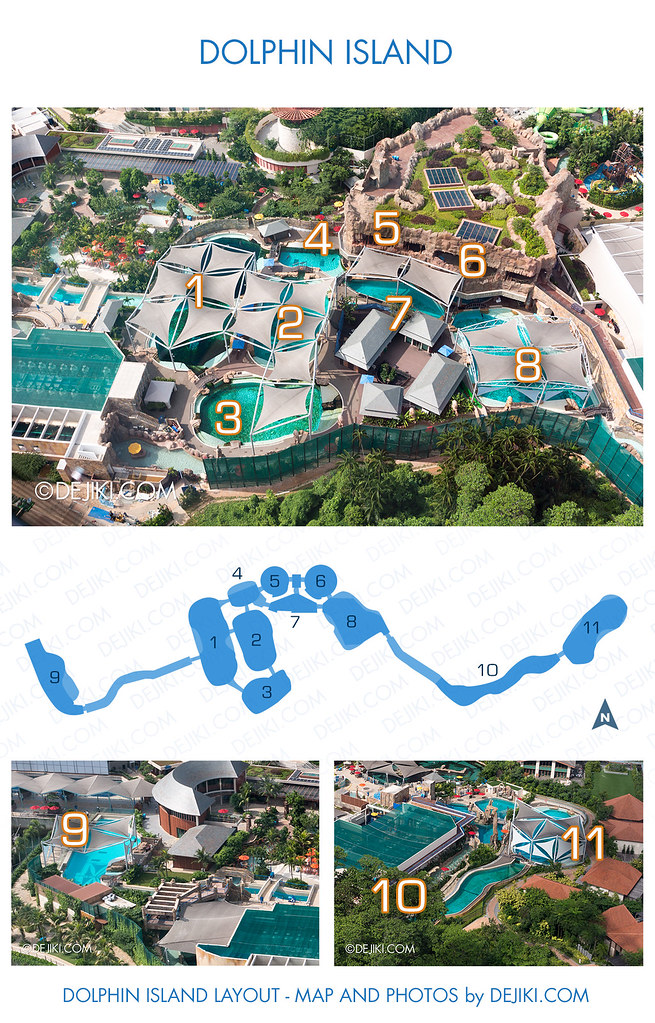 Now how about some photos of dolphins? 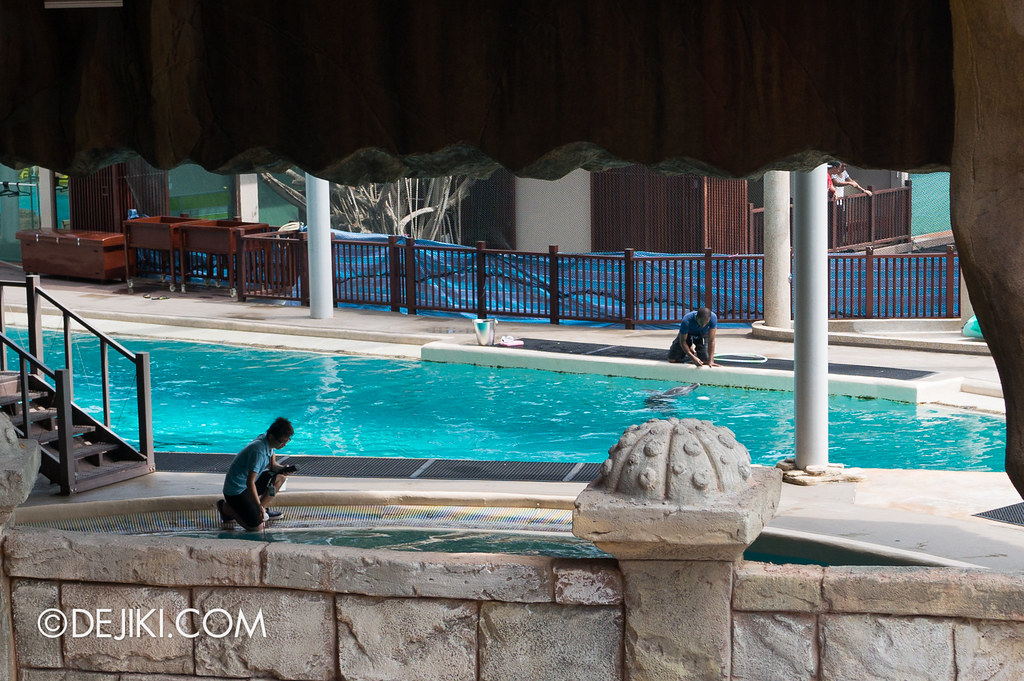 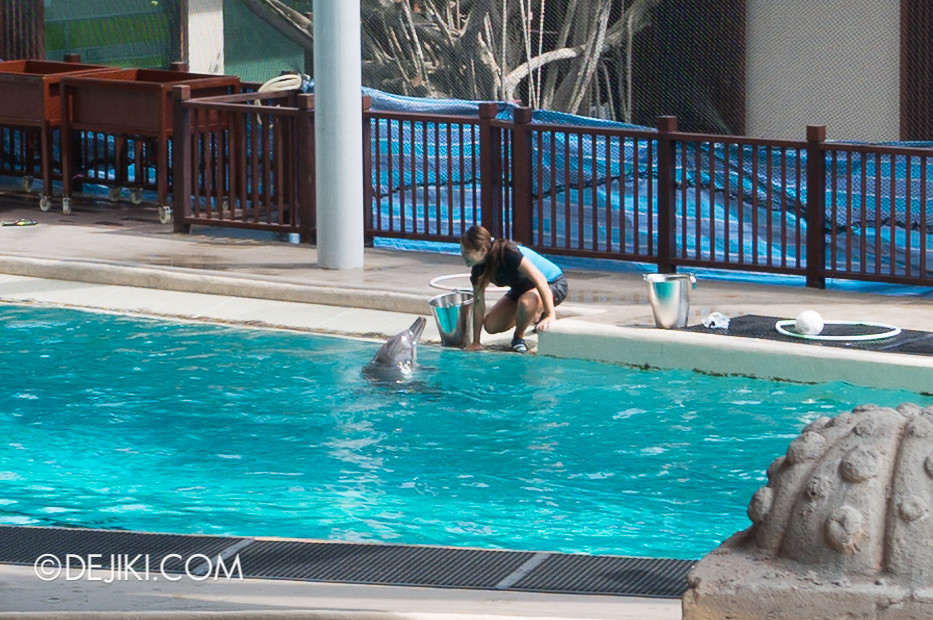 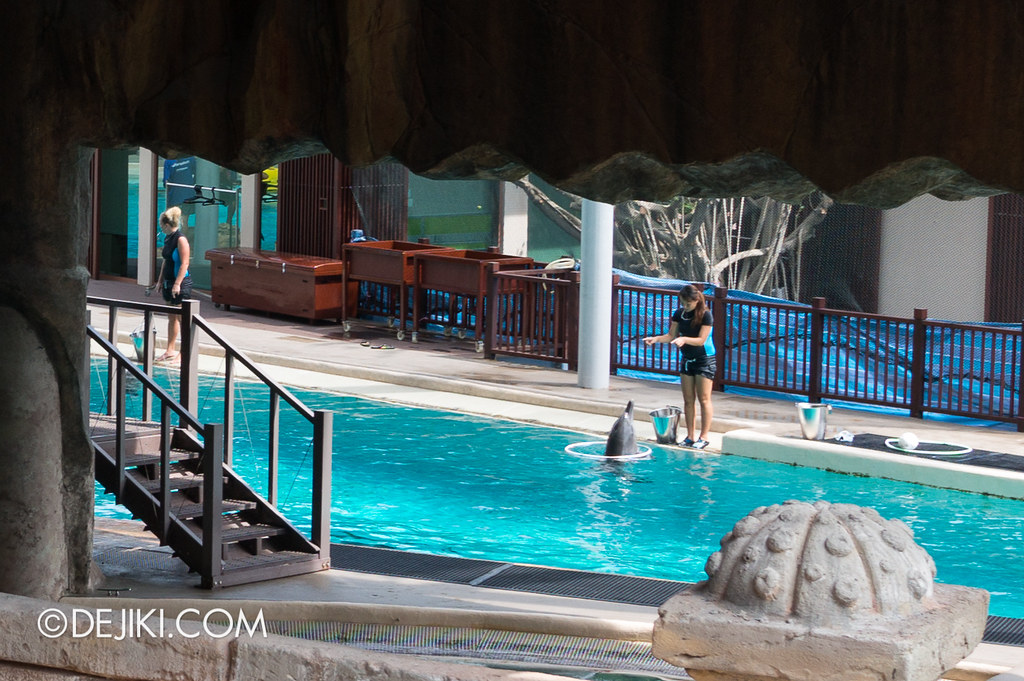 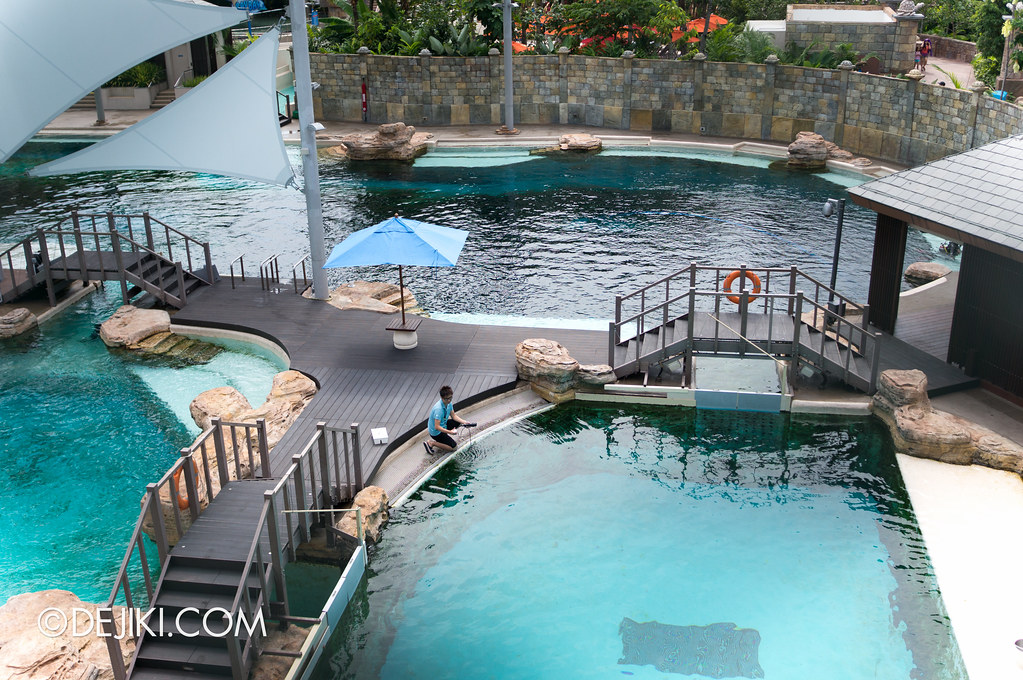 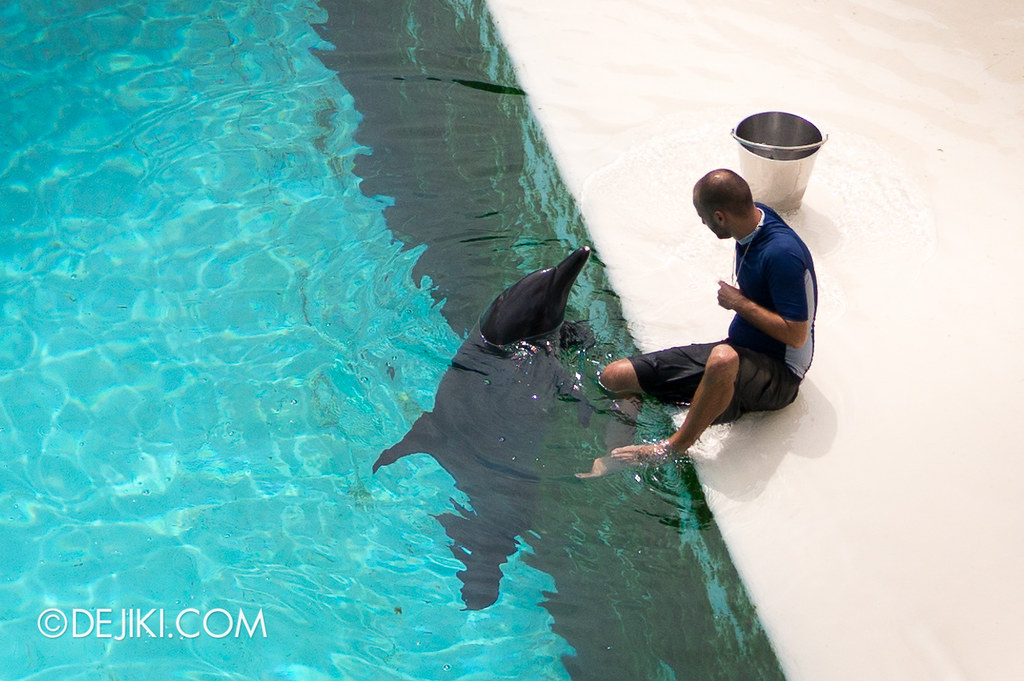 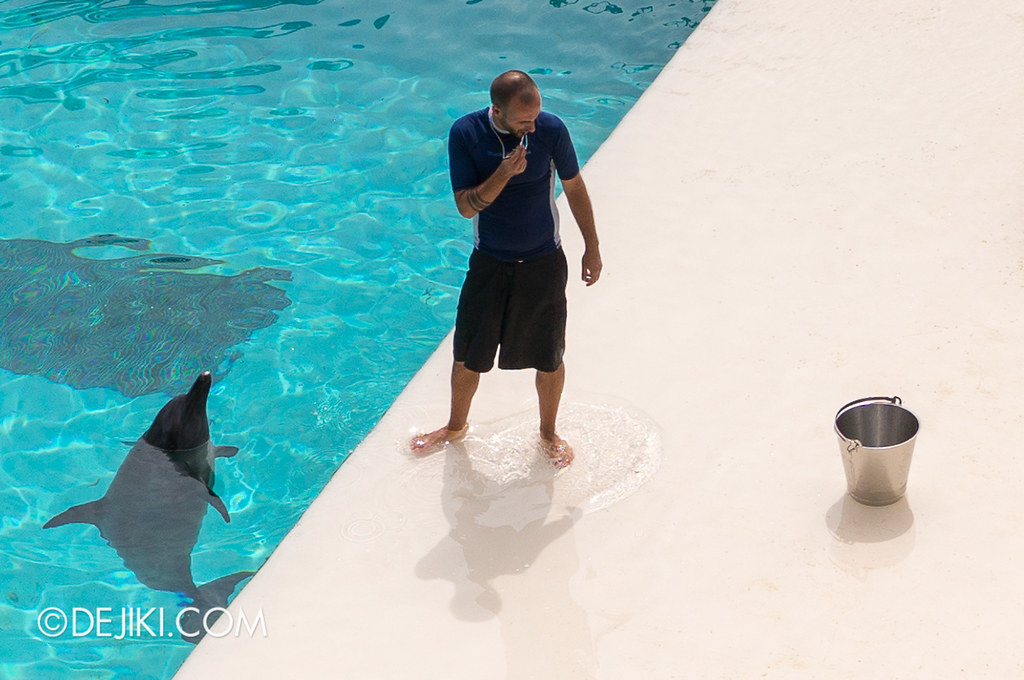 Training for the dolphins are still underway, with several trainers interacting with the dolphins in the day. The Dolphin Island immersion programme is expected to be ready late this year.