By Dejiki on October 8, 2011 in Art+Culture, Attractions, Photos, Theme Parks 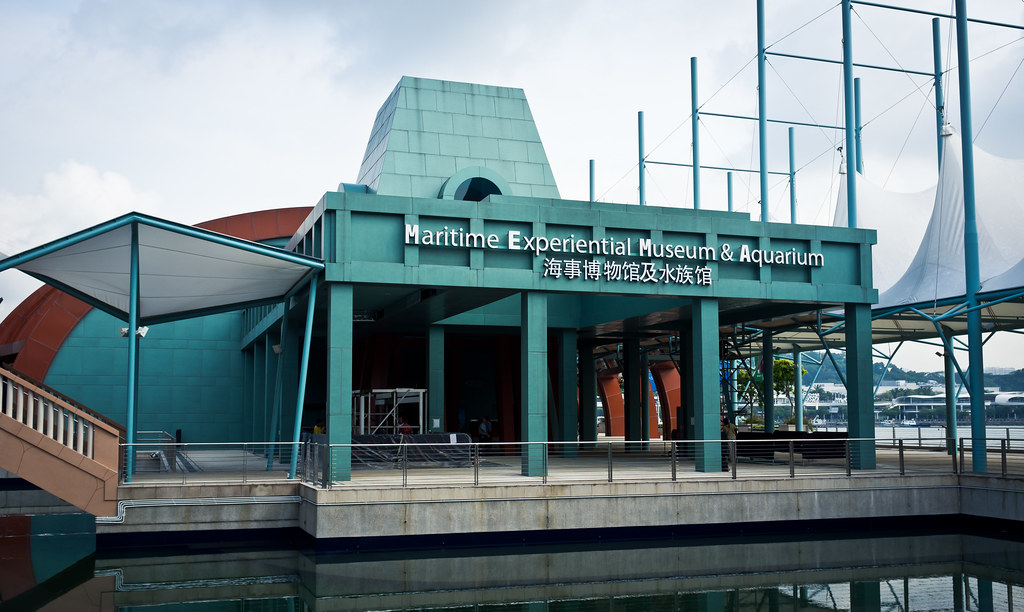 The Museum is at the waterfront section of RWS. It is within a gigantic, inverted ship hull – which some of my friends commented that it looks like some worm (?). From afar it does not exactly look intriguing, but the Museum seems to have quite a bit of promise, especially when it was designed by Ralph Appelbaum Associates (the best people in Museum design!) AND… the actual Jewel of Muscat from Oman is there!

Thanks to RWS – I attended a preview this morning, and what else can I do? Do a trip report and share lots of photos! 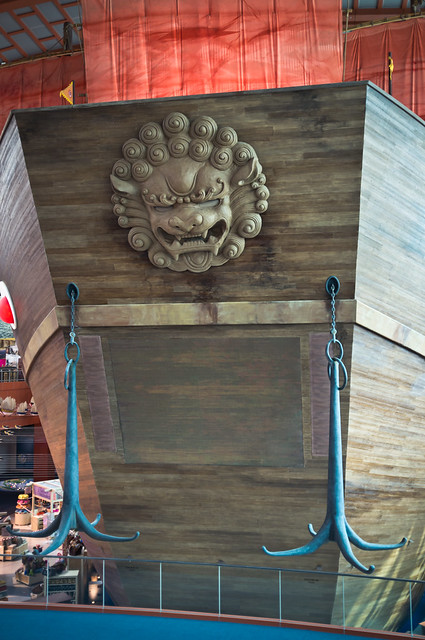 Our tour started off with a welcome address by Jason Horkin (Director of Attractions – West Zone), who gave us a warm introduction to MEMA. He then directed our attention to the first thing guests would see upon entering the Museum – this Gigantic Bao Chuan (Treasure Vessel) which has an imposing Pi Xiu head and a screen embedded beneath it. A short movie here will narrate the exciting explorations of Admiral Zheng He and the development of maritime trade, setting the tone for the next few sections of the Museum.

The Pi Xiu head is actually an animatronic (well, sort of) which would move out of the ship and shift around – It’s a little scary, actually. 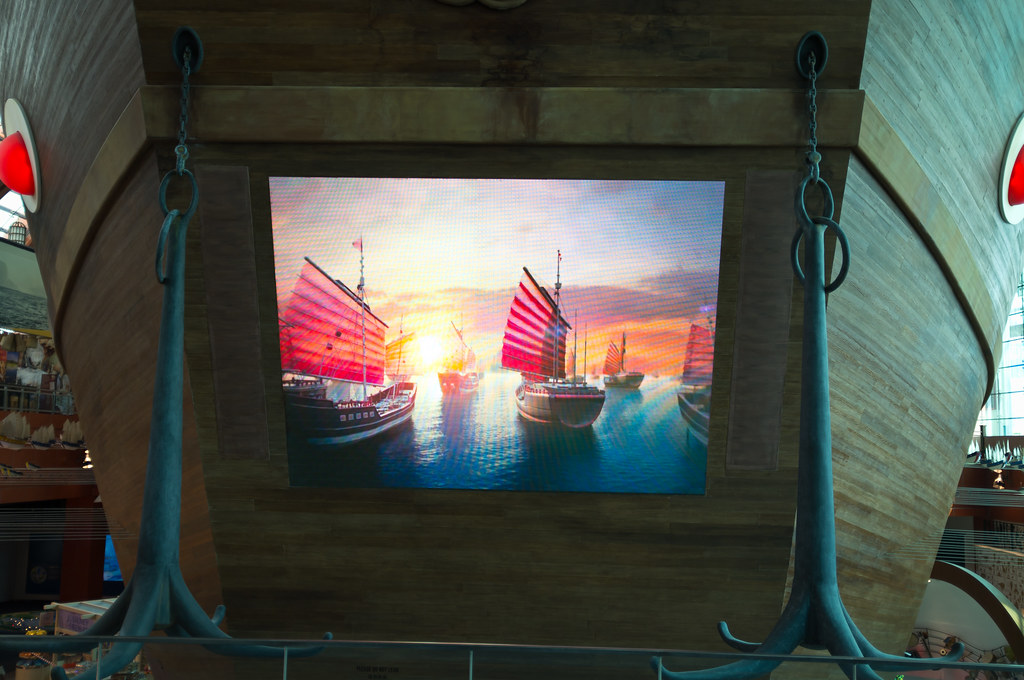 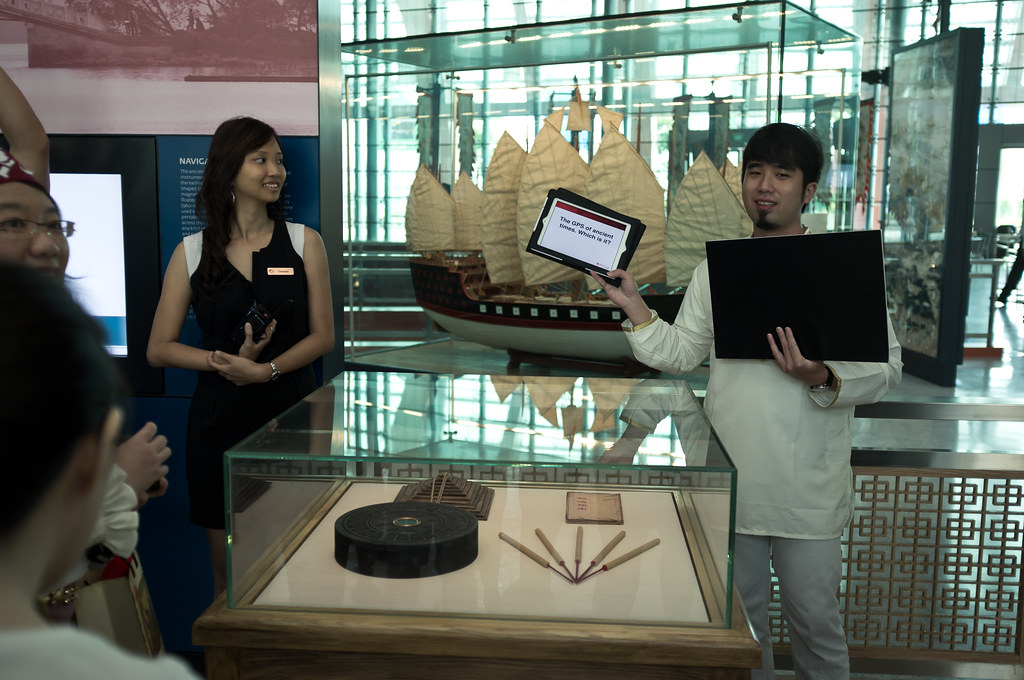 Geargina, our Tour Guide and Matthew, the Game Master! 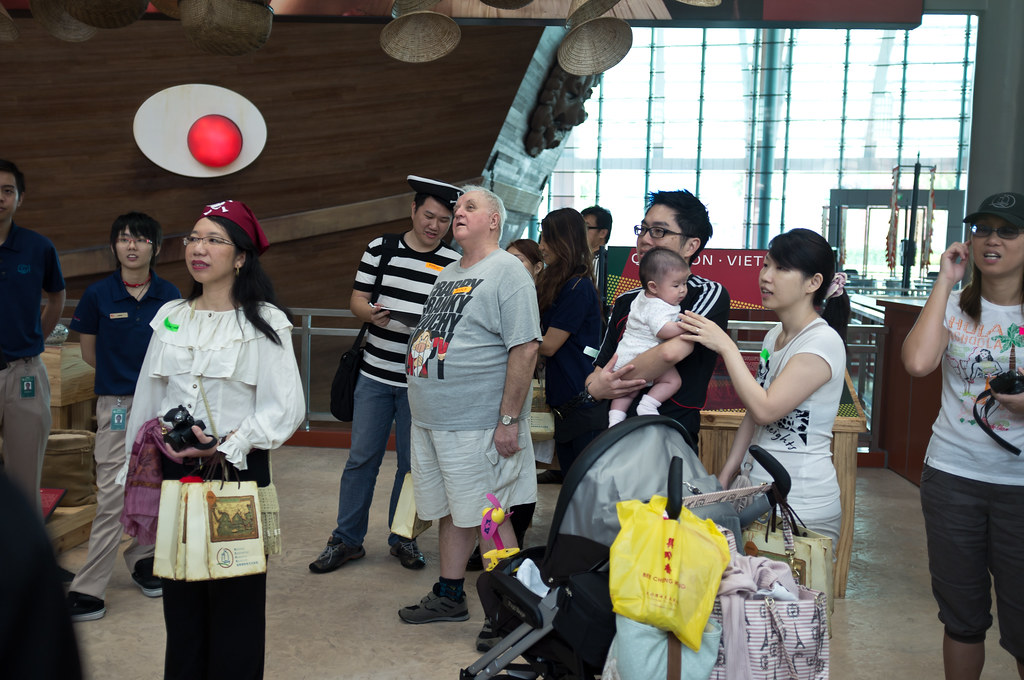 As it was sort of a special preview day, the RWS/MEMA team made the session special by introducing some quizzes throughout the tour. It was just silly at some points and all teams ended up guessing – we all had a good laugh! And it was also nice to see some familiar faces from last year’s tour! 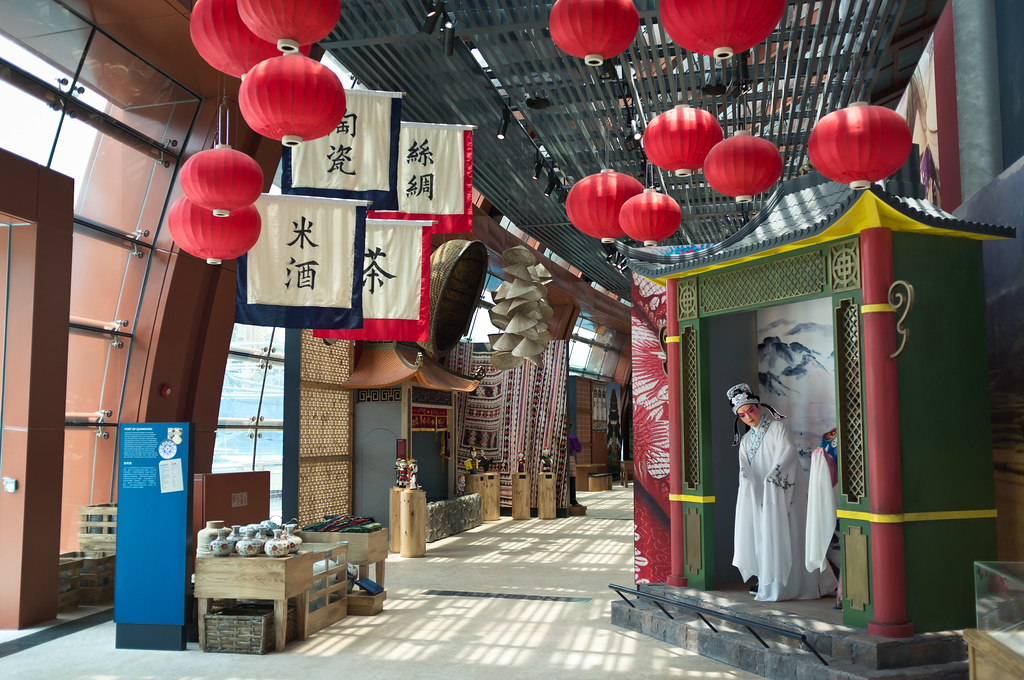 The Souk Gallery is a recreation of the port markets found along the Maritime Silk Route, namely: Quanzhou, Qui Nhon, Palembang, Malacca, Galle, Calicut, Muscat and Malindi. There are a lot of items on display, out in the open, so guests can see items up close or feel them. The entire gallery is just full of details, including a lot of dangling goods unique to each region. There are also many interactive exhibits (and these are really, the latest sort with Cameras, Multi-touch panels, QR-Codes and all that) which makes the Souk a lively corridor for anyone to feel immersed and enjoy learning about maritime trade in the past. 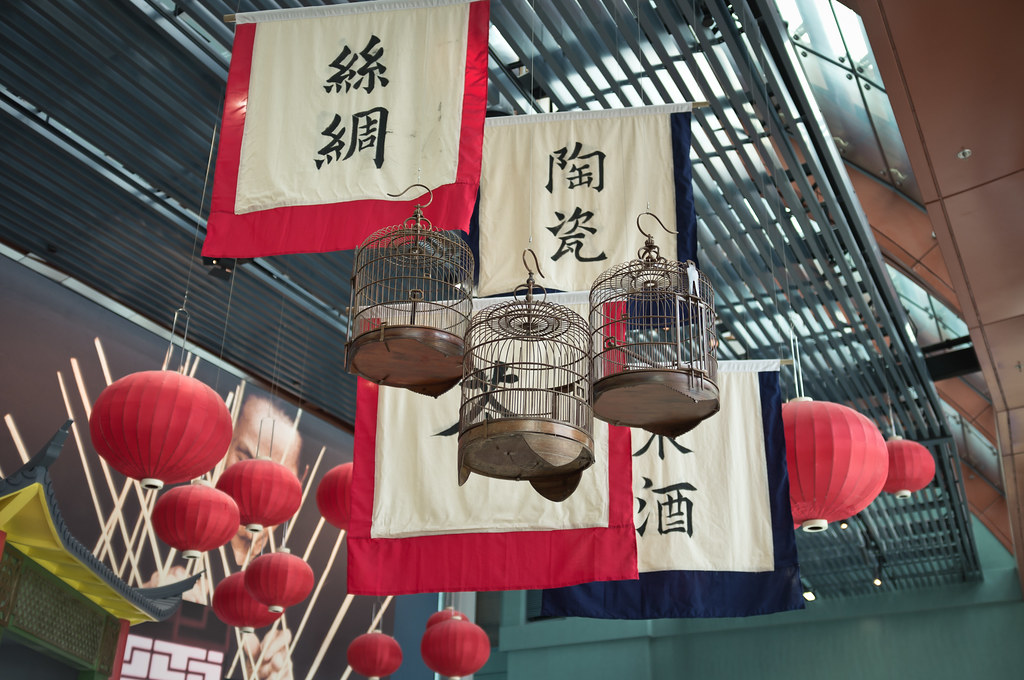 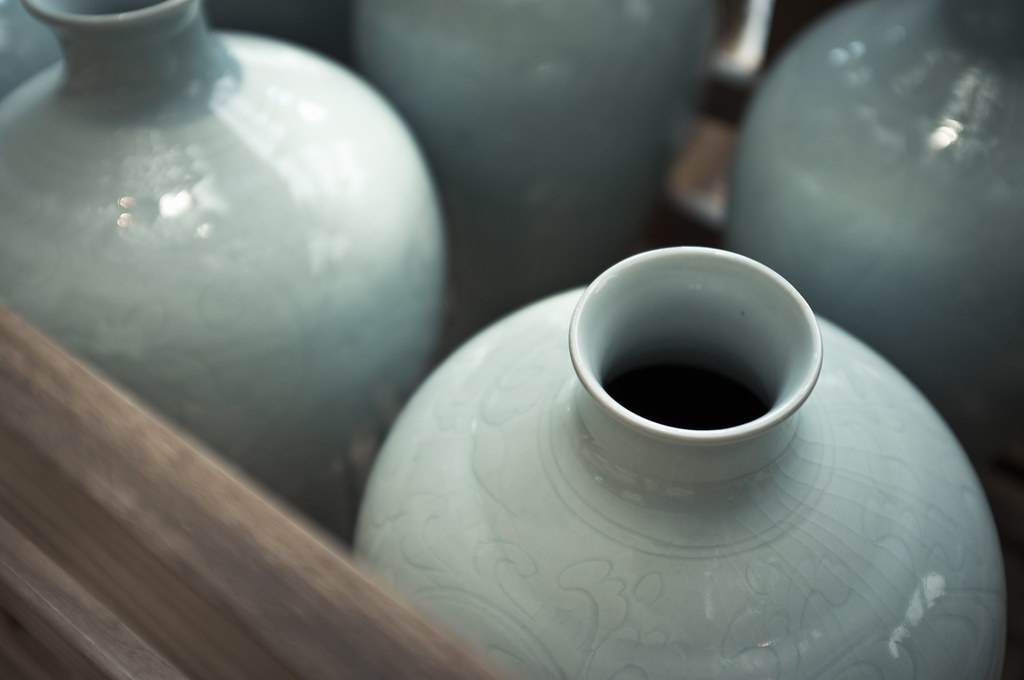 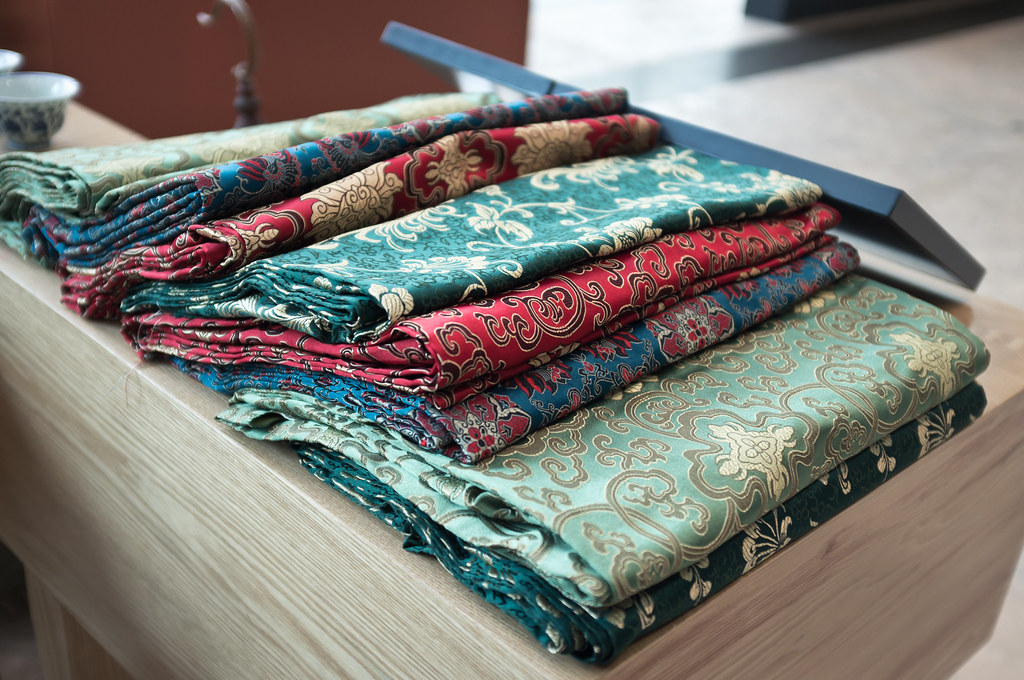 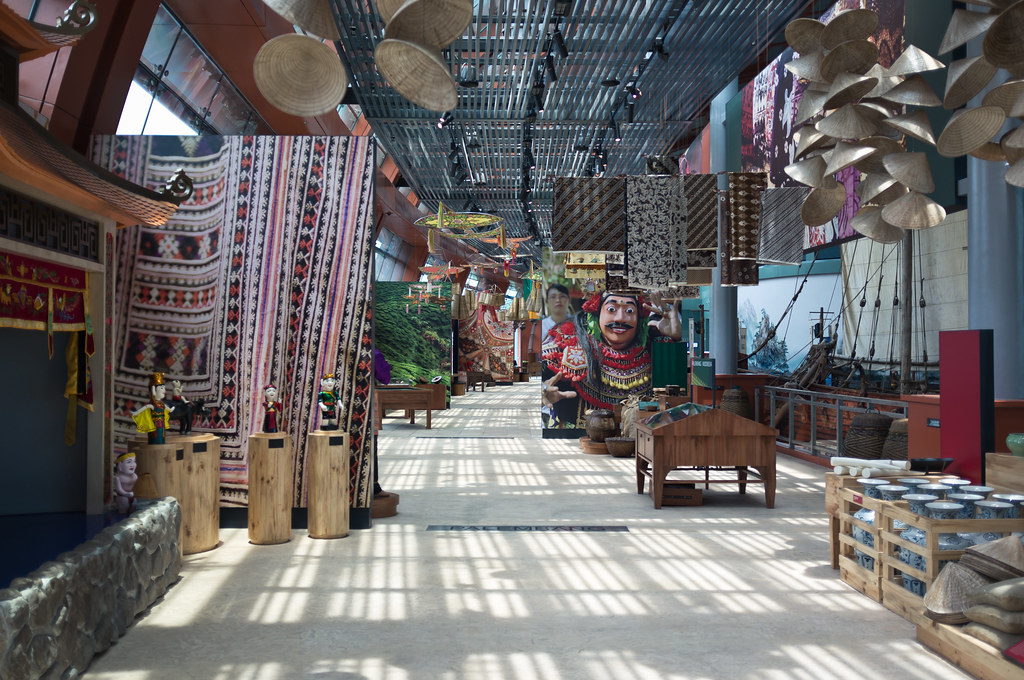 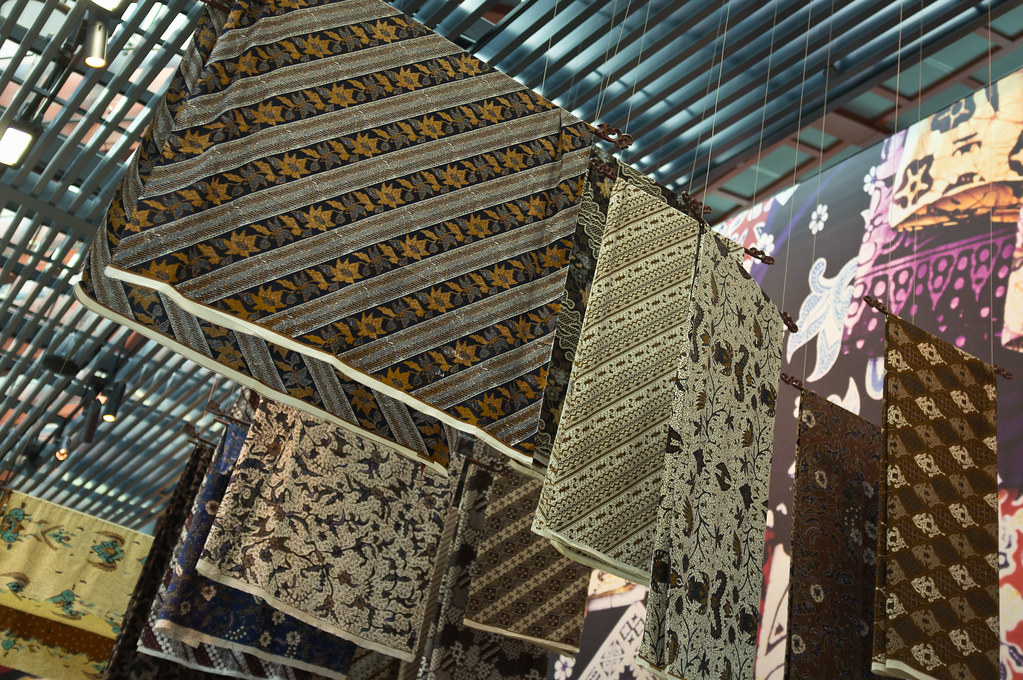 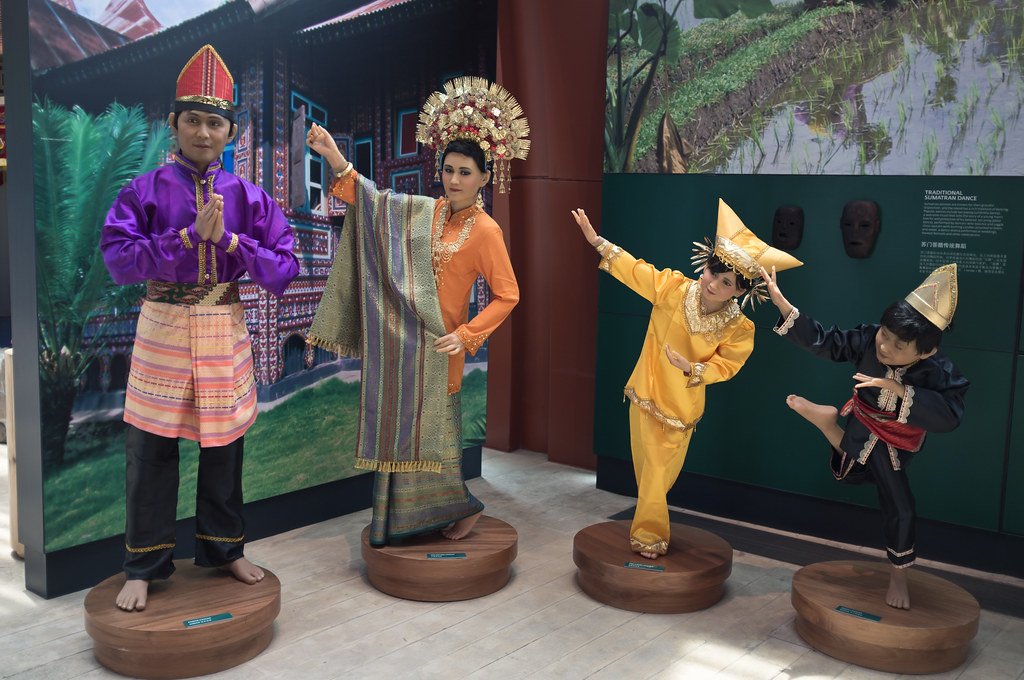 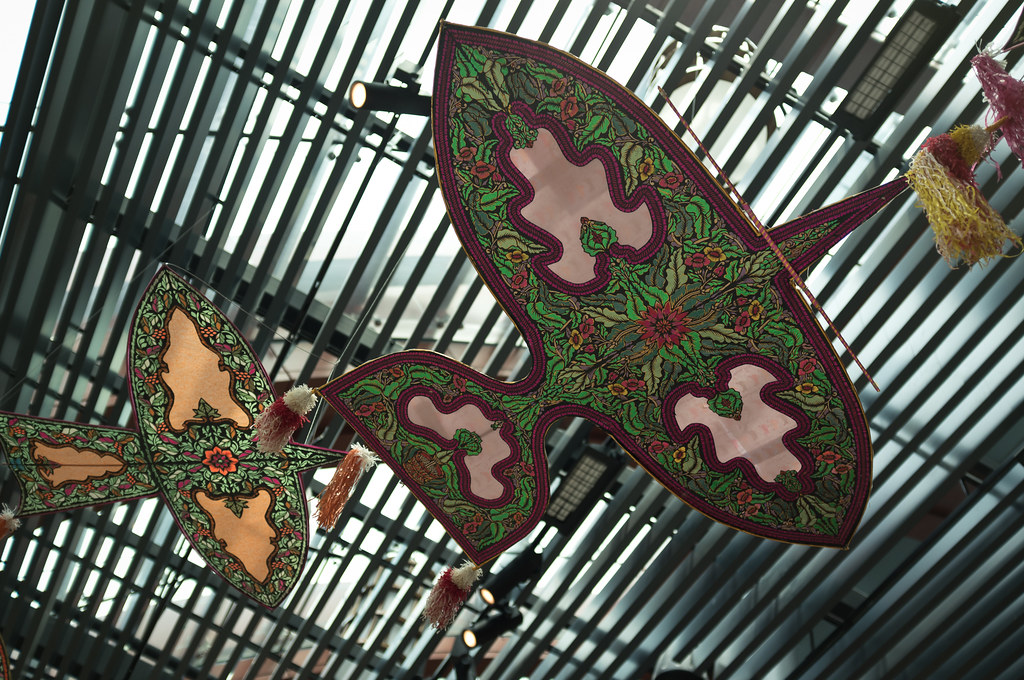 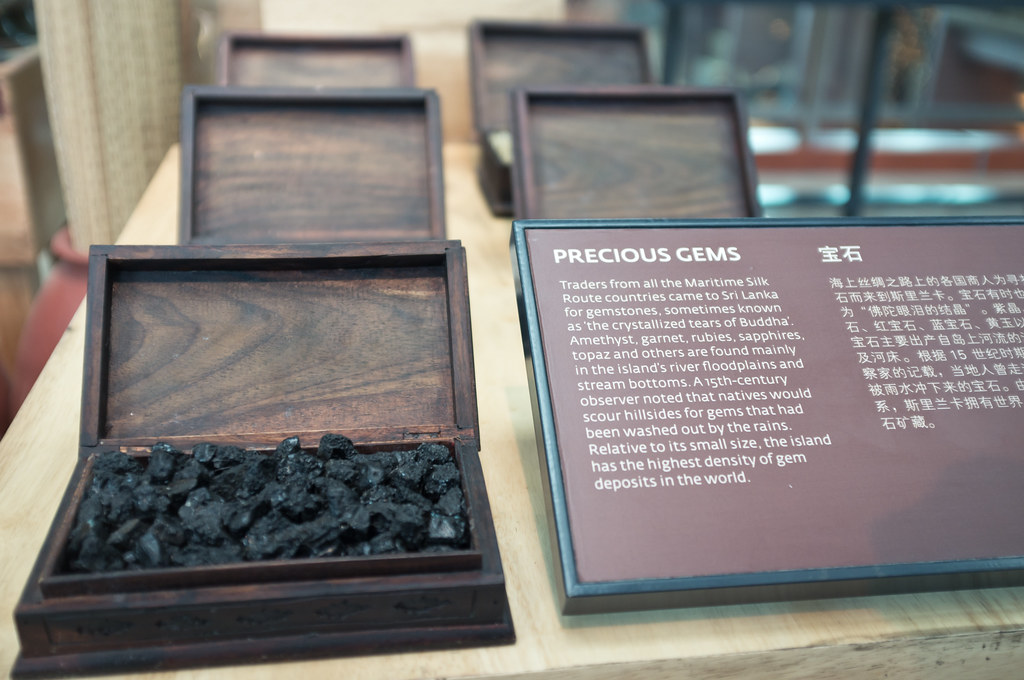 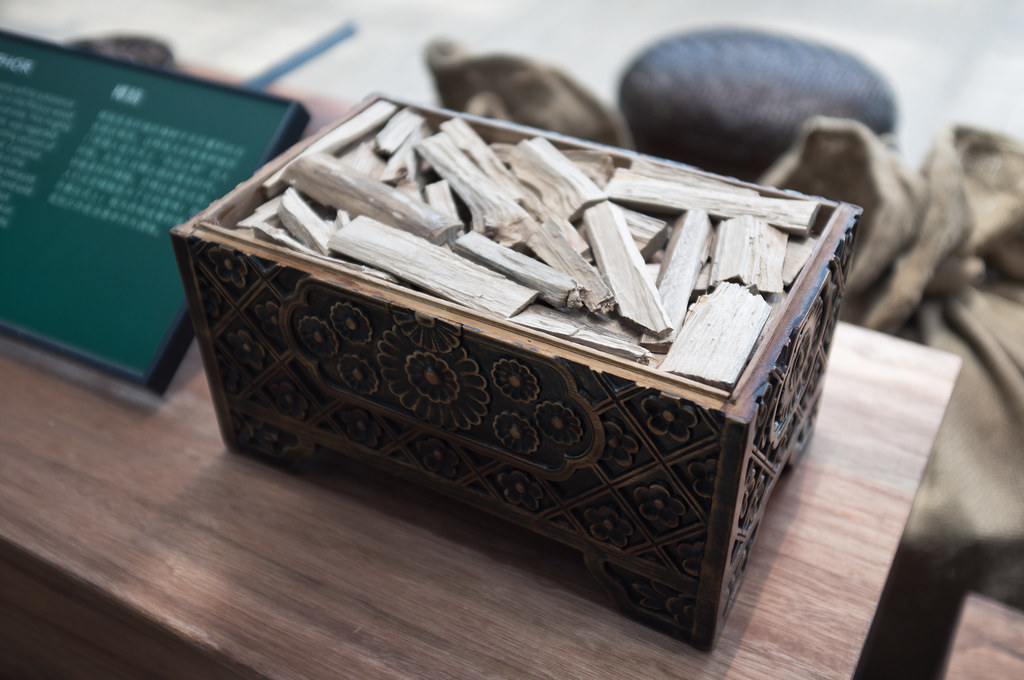 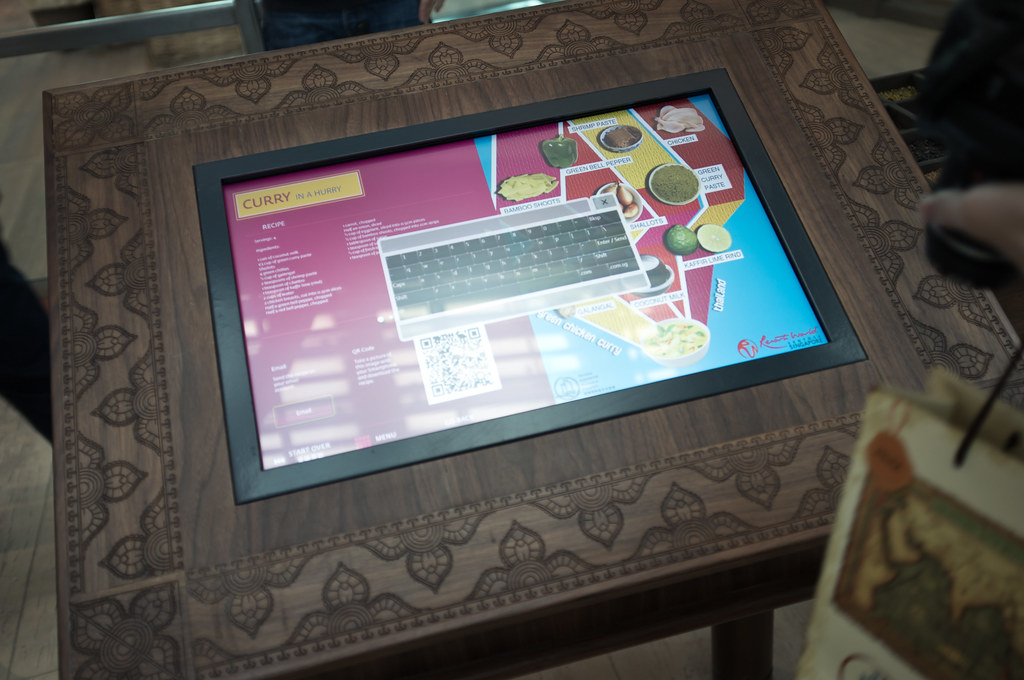 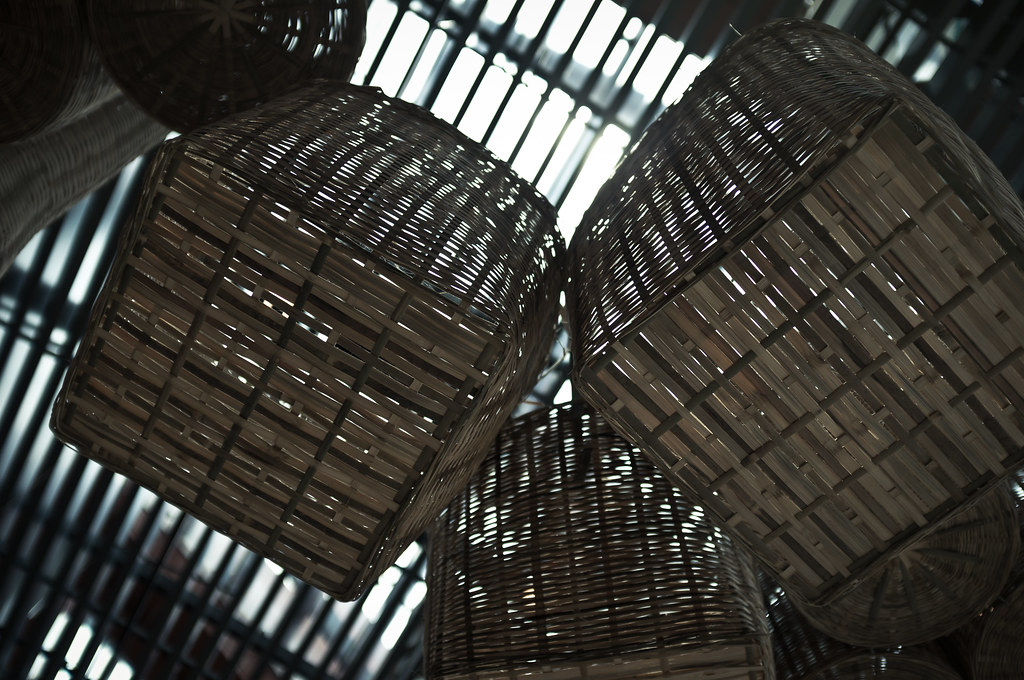 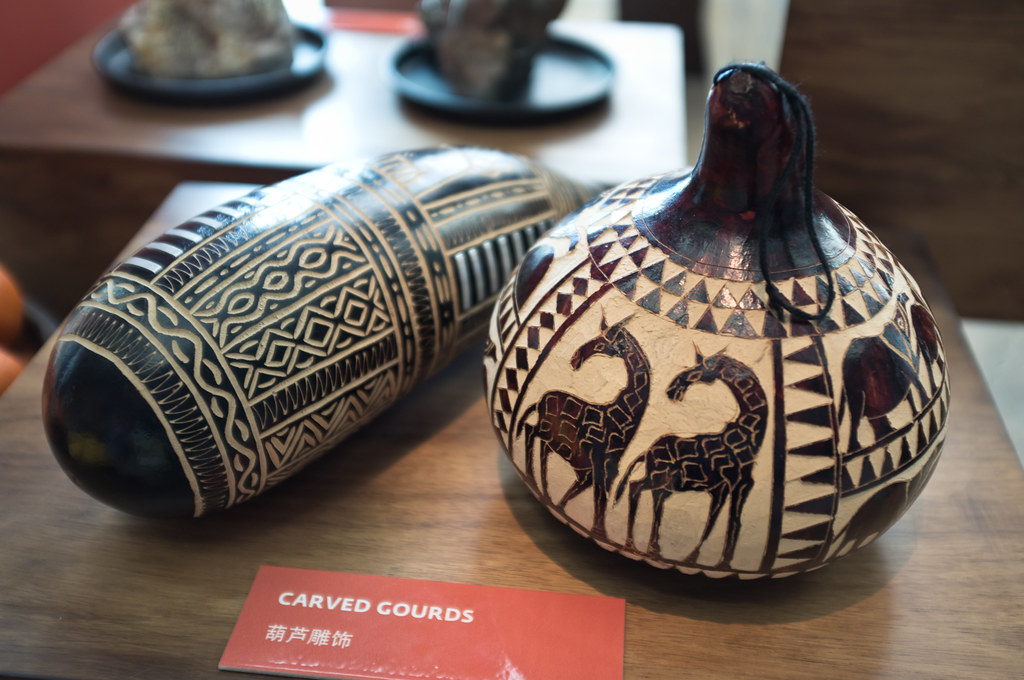 Five full-sized replica ships will have the MEMA as their port of call and dock at the outdoor harbour. The Museum already has two of them here. Guests will be able to view them from the Harbour (but not board them and sail away, please go to Harbourfront and book a cruise instead.) 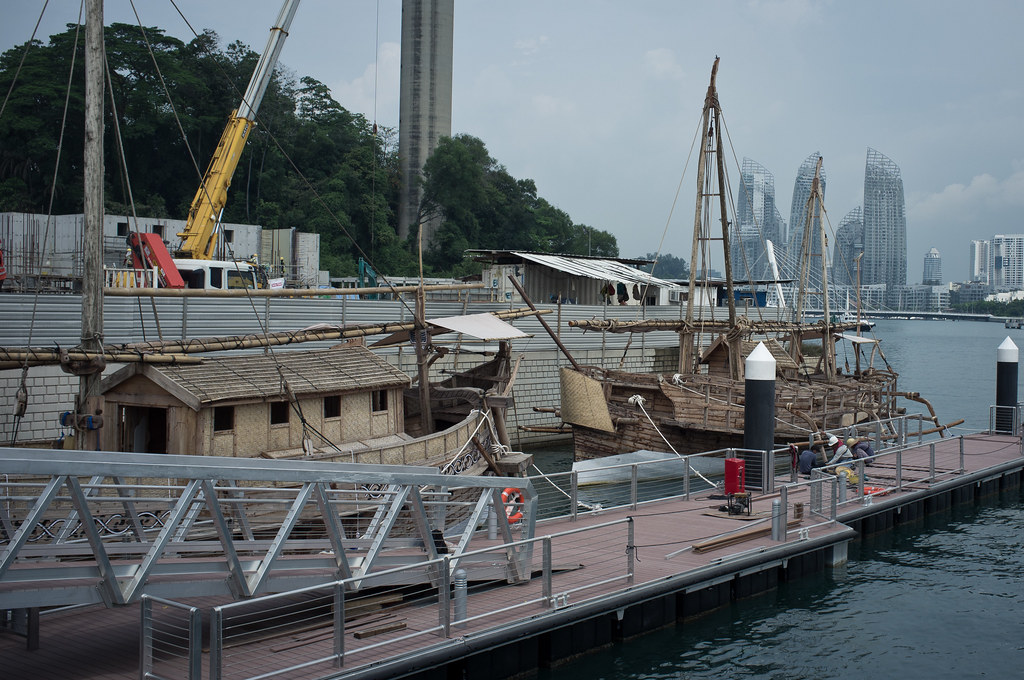 A gift from the government of Oman, the Jewel went on a 5 month journey before arriving in Singapore in July 2010. It is beautifully constructed without any pegs or nails – using only methods from the 9th century. This sounds like the Hermès of ships already. Amazingly, the crew sailed to Singapore using traditional navigational equipment! 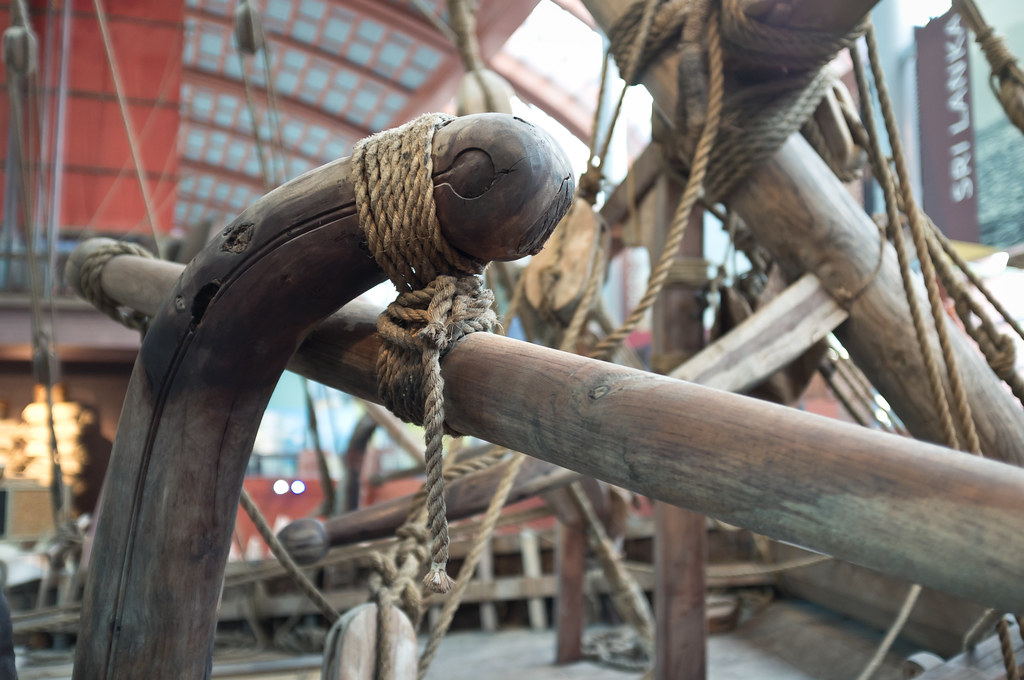 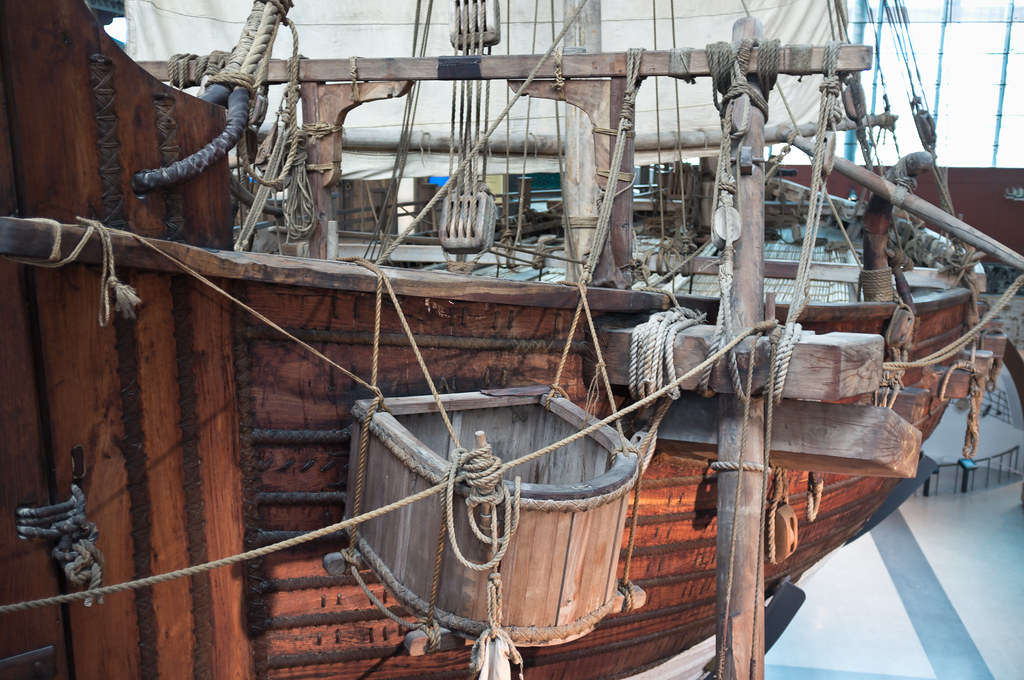 It is very difficult to take photos of the Jewel because of its location (sandwiched between the Bao Chuan and Typhoon Theatre without a good place to view the side completely). However, if you proceed to the Typhoon Theatre, the pre-show area gives a good close-up look to its starboard (right) side.

Over here, guests will be immersed in a circular theatre, with all-around projections and impressive use of sound, fog and lighting effects. This attraction simulates the “storm of the century” effects of a ship sailing into a typhoon. This is a proper presentation, with pre-show, a narrative and everything – not those typical (sometimes irrelevant) shows you find in museums. When I say “storm of the century”, I mean that this is similar to “Lights, Camera, Action!” in Universal Studios Singapore in what the attraction is – a simulation. Don’t worry, there will not be fire, sudden drops or things getting blown up in the Typhoon Theatre. 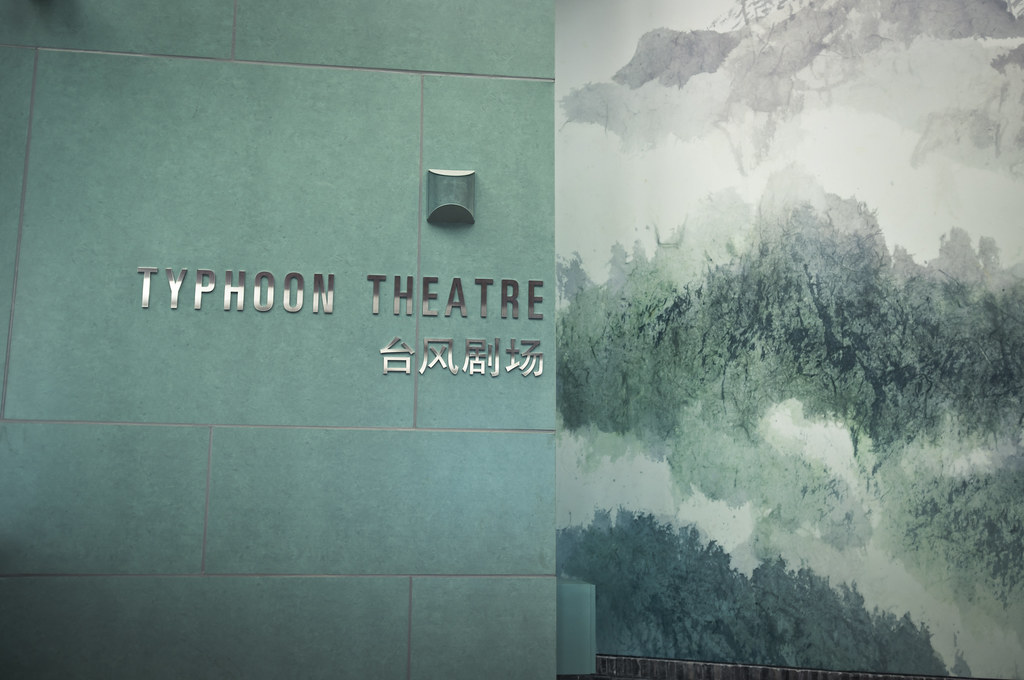 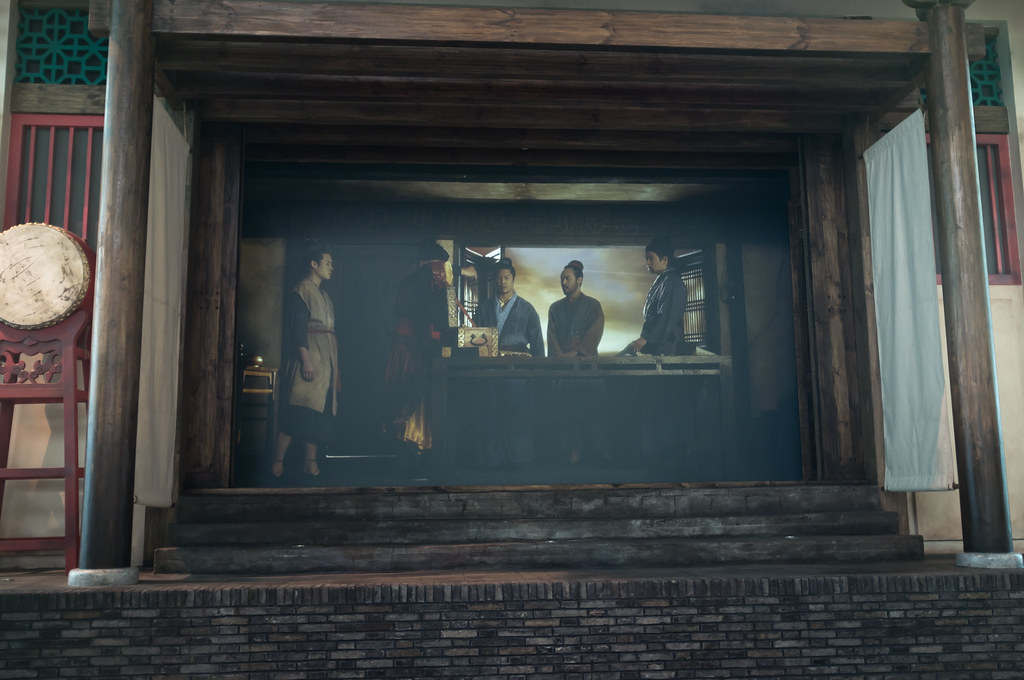 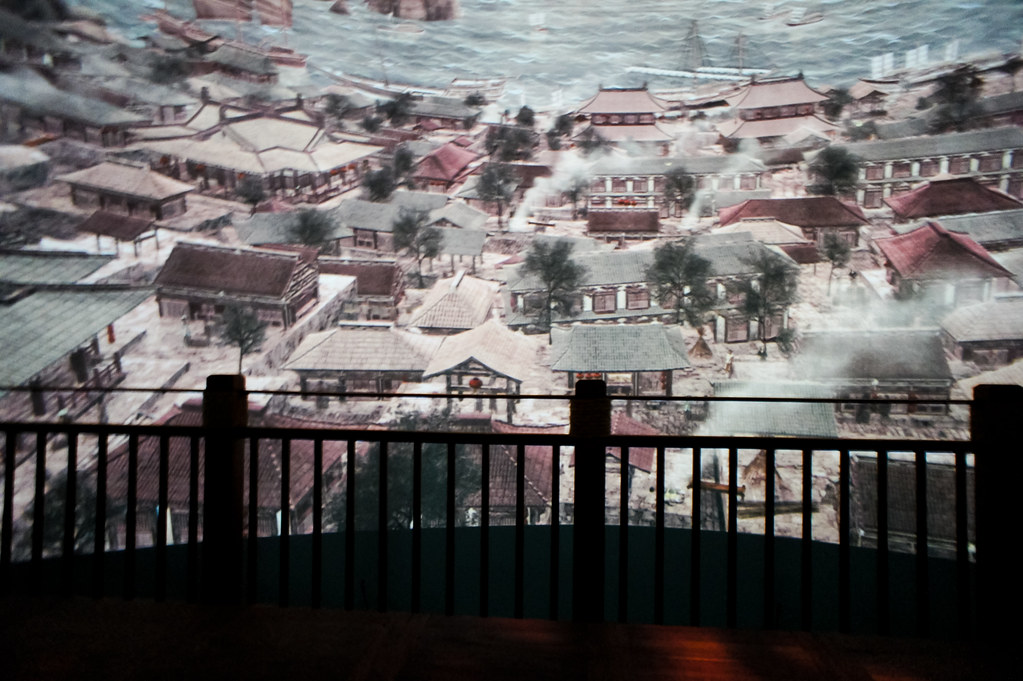 Inside the Theatre, waiting for the show to start (No photos/videos are allowed during the show) 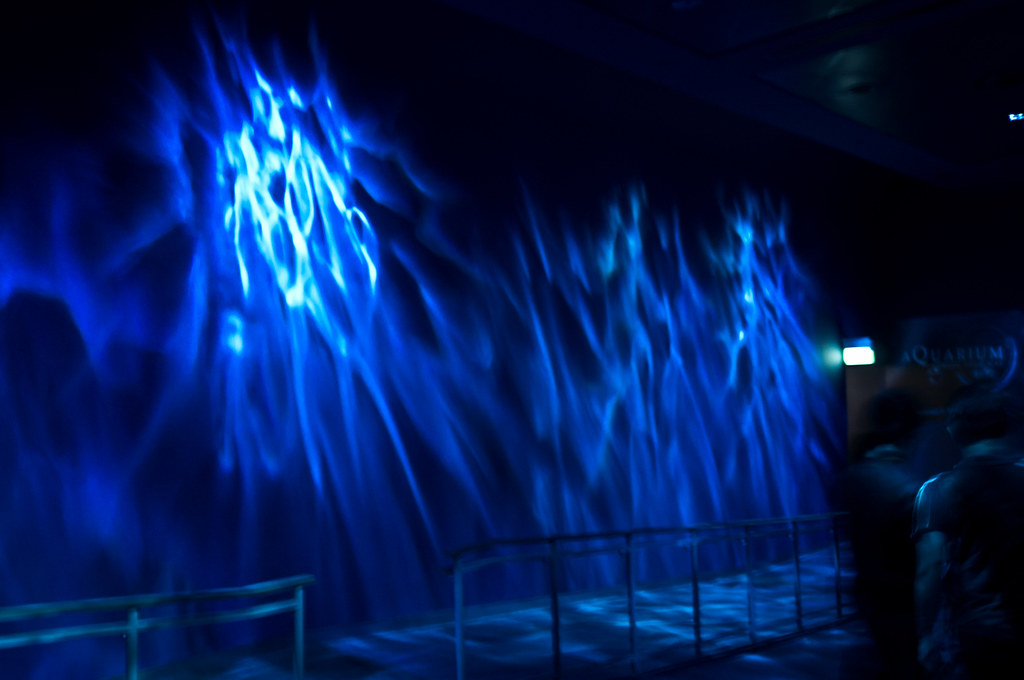 After the show, there is this nice “underwater” chamber .

If you want to know what actually happens.. The “theatre” is actually a tall cylinder-like chamber, and the seats are actually resting on a rotating disk which turns (slowly) and descends. In the beginning, the seats are located the top end of the cylinder (and descends all the way to the bottom). The projection adjusts its height to fit the “taller” screen space as the show progresses. There are no lap-bars or any form of restraints – there are just a few rows of benches. The “Typhoon” effect is a gentle mix of strobe lighting, wind and water (to simulate rain, but it doesn’t even feel like a light drizzle). Towards the end, the whole theatre has a nice amount of mist to fit with the effect of the ship sinking into the ocean floor.

For those who have been The Haunted Mansion (at Disneyland, Tokyo Disneyland and Walt Disney World) and Phantom Manor (Disneyland Paris), the Typhoon Theatre has the same “descending/stretching” effect and purpose like the Stretching Room. It works as an elevator to bring guests from the top level to the bottom (and nicely changes the ambiance for the aquarium).

This show is an upcharge attraction (prices available at the end of this post) but it is worth experiencing, at least once! After the show ends, guests will proceed to the Aquarium. From what I have observed, the Aquarium in MEMA is also an upcharge attraction and should be bundled with the Typhoon Theatre admission. This is Aquarium is NOT part of the Marine Life Park. This aspect of the attraction appears to be removed. See addendum at the top of this entry.

After the Typhoon experience (and in the future, the Aquarium), the next section will be the Archaeology Gallery. I didn’t take any photos here because of the glass, but for those who have been to the “Shipwrecked” exhibition at ArtScience Museum (Marina Bay Sands), it is quite similar. This gallery is located next to the Museum Shops and F&B areas. Strangely, there is a Garrett’s Popcorn store here. 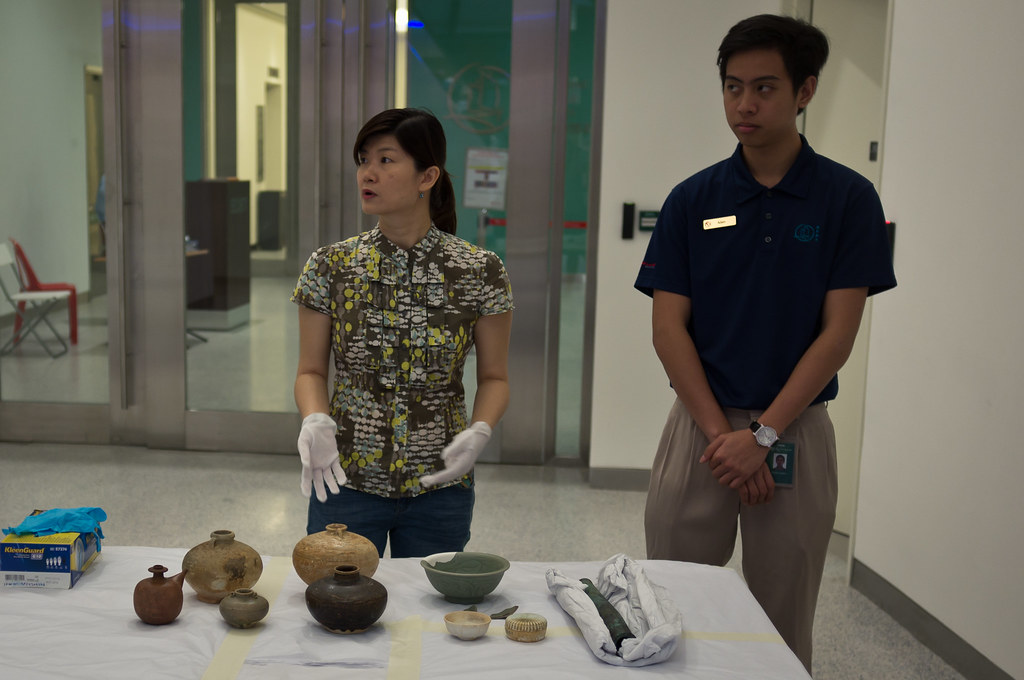 We had a special table set up at the end of our tour – A curator presented a few artifacts salvaged from Thailand and discussed about them. She also explained the laborious process of restoring artifacts (need to find the exact compound to patch up the cracks and missing pieces, etc.)

While I do not expect anyone to stay at this Museum for hours, MEMA does offer an educational and eye-opening experience in maritime history. It should take about 0.5~1.5 hours to walk through and interact with the exhibits. I appreciate the level of detail and amount of up-to-date technology here. My only complaint is that the Bao Chuan show does not seem to match the rest of the museum in terms of technical quality (The 3D animation looks dated). Apart from what has already been showcased today, the Museum will be able to offer more when the Aquarium opens in 2012, if it is still there.

I was quite surprised at the admission charges – around the same as other Museums in Singapore (except ArtScience) which should be encouraging for families and large groups. It is also convenient for those who need to take the heat off a sunny day at Universal Studios (or from the Sentosa beaches) – the Museum, despite its expansiveness, is very well air-conditioned and is a comfortable place to relax in.

And before I forget – Many thanks to the RWS Communications Team and MEMA Team for organising this event and hosting us today. 🙂 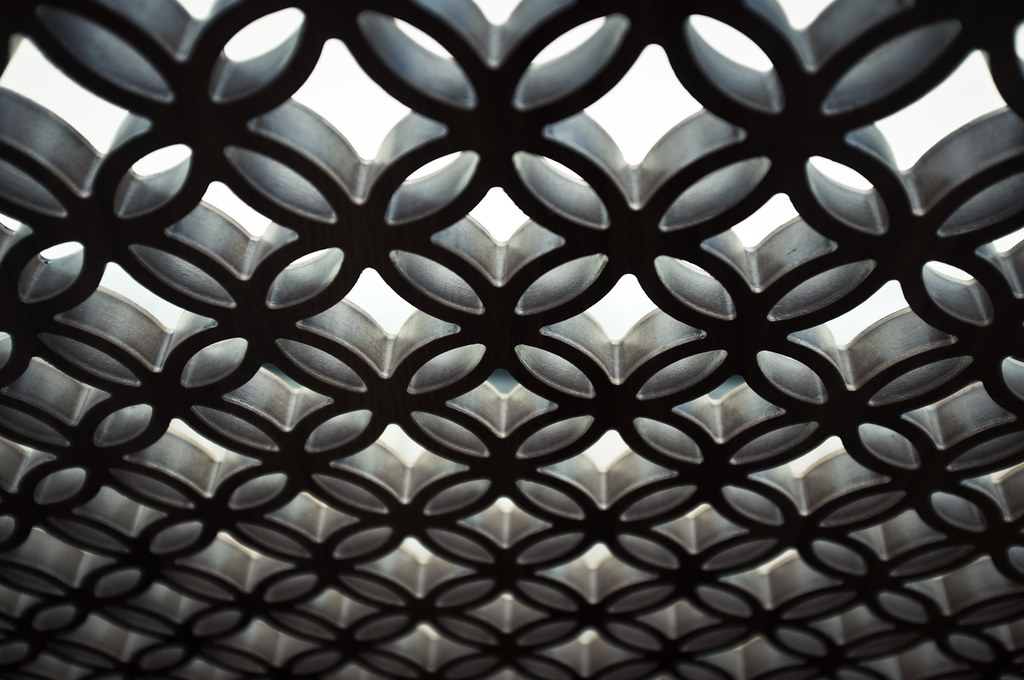 Resorts World at Sentosa
(next to Crane Dance Viewing Gallery)

The Maritime Experiential Museum & Aquarium will be open to public from 15th October 2011.