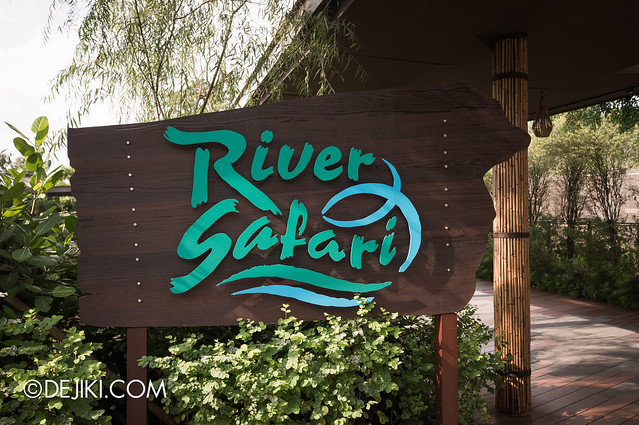 River Safari, Asia’s first and only river-themed wildlife park, soft-opened in April 2013. The park’s key attractions include Rivers of the World – a series of exhibits based on iconic rivers around the world; Giant Panda Forest – which houses celebrity pandas Kai Kai and Jia Jia; Amazon River Quest – a boat ride through habitats of the wild Amazonian river; and finally Amazon Flooded Forest – the largest freshwater aquarium in the region.

This is a short entry covering general information about the River Safari park as well as my review. The River Safari Photo Tour, with pictures of exhibits, will be up next. 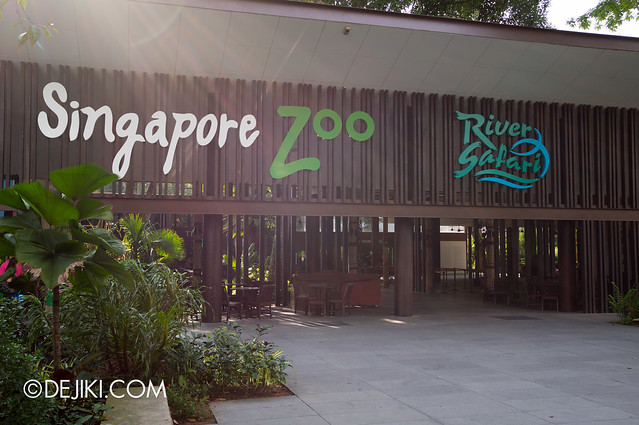 River Safari is located in between Night Safari and Singapore Zoo. It is accessible via public buses from Ang Mo Kio, Woodlands and Choa Chu Kang bus interchanges. I took Bus 138 from Ang Mo Kio and it was a 40 minute journey. Once you see a coach/bus parking area on the left (and Night Safari entrance on the right), you know that’s the stop to alight. 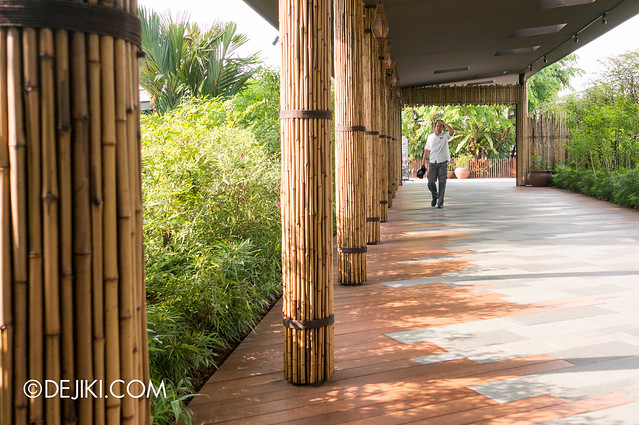 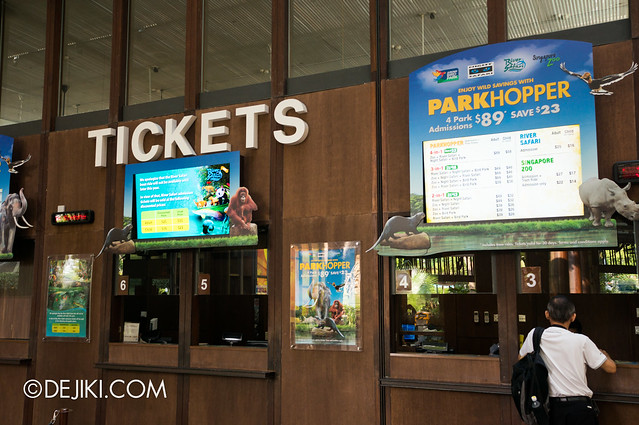 Tickets can be purchased online or onsite: at the Singapore Zoo ticketing counters or River Safari Visitors’ Services counters. Due to the unavailability of exhibits in the Wild Amazonia zone (such as Amazon River Quest), tickets are sold at a discount during the soft opening period. 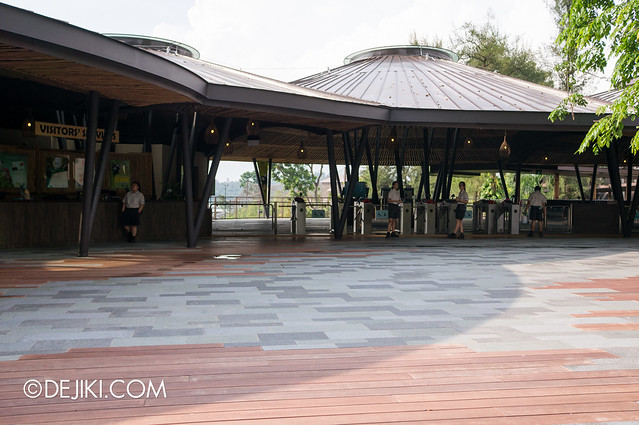 Attractions announced but not built:

River Rapids ride
A thrill ride (most likely with no exhibits) beside Amazon River Quest. This attraction is either shelved or cancelled. The land allocated for this attraction is undeveloped.

Frozen Tundra
An elaborate experience to view polar bears and other animals from the arctic region. Supposedly placed after Giant Panda Forest, but it has been moved to the Singapore Zoo instead. This will be ready in June 2013. 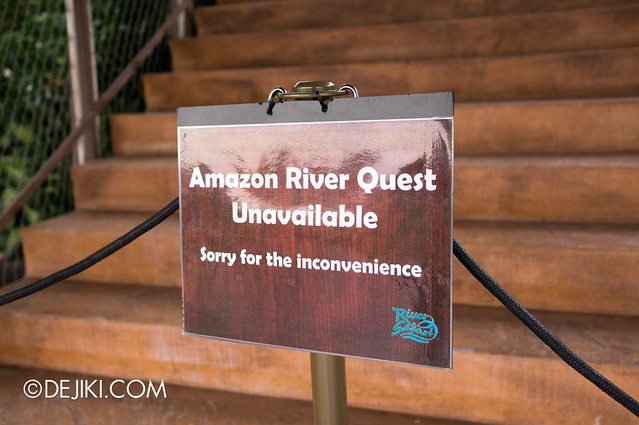 A Quick Review of River Safari

This is a short review which may be appended when Amazon River Quest is open.

Wildlife Reserves Singapore (WRS) is no stranger to wildlife parks, having the world-renown Singapore Zoo and Night Safari in its portfolio. River Safari, being the fourth park, is built with the same high standards. There is a wide variety of specimens on display, and the exhibits are accompanied with well-designed signs and information boards. They are mostly filled with quick facts and are simple to understand.

River Safari is smaller than its two sister parks, Singapore Zoo and Night Safari. A tour around all exhibits should take less than two hours (possibly even with the Amazon River Quest boat ride and waiting time in the queue), making the park feel more like an add-on.

The park makes up for its size with quality exhibits. The various zones in River Safari are heavily themed and evokes a sense of journey through the exhibits. The Amazon Flooded Forest, located at the end of the trail, gives a grand finale to the River Safari experience. The heavily sculpted environment creates the experience of walking through a cavern filled with flora and fauna in its sunken waters.

The Giant Panda Forest is a modern panda complex, with giant pandas and red pandas. I feel that the pandas are getting so much attention that it detaches from River Safari. This is further strengthened with a incredibly wide range of specially designed products based on the pandas. The panda plush toys are “appropriately priced” to their celebrity status: $29.90 each.

However, some sections are too small – River Nile section being outstandingly short. There are also areas in the Rivers of the World where exhibits were not available at time of writing. 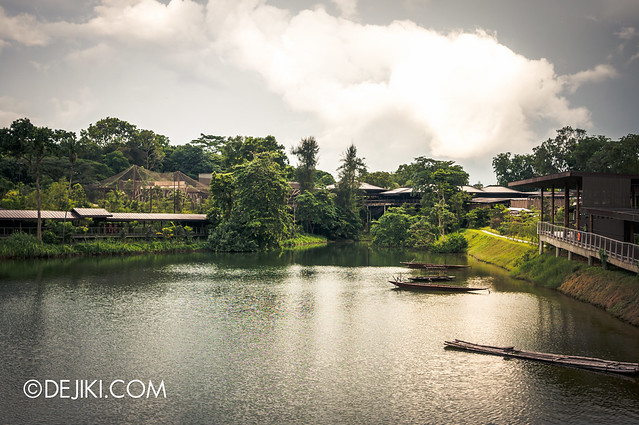 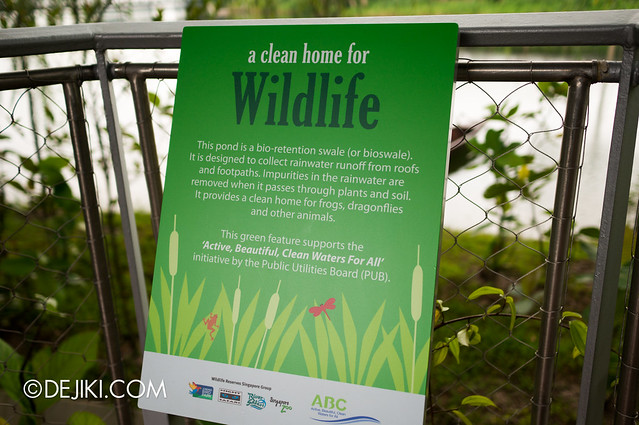 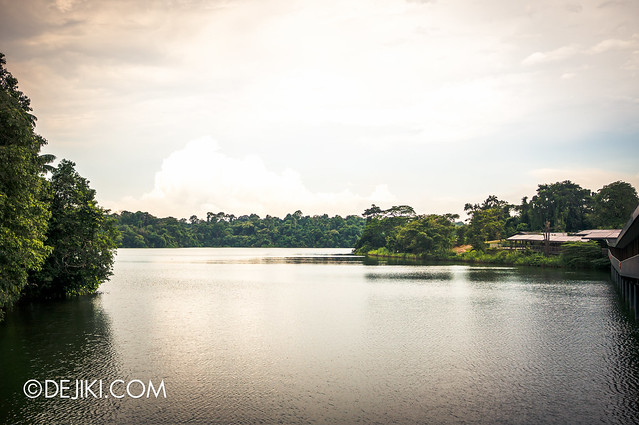 The most understated attraction of River Safari would perhaps be the walkway circling the “pond”. It offers great views of Upper Seletar Reservoir and the dense forests that surround it. 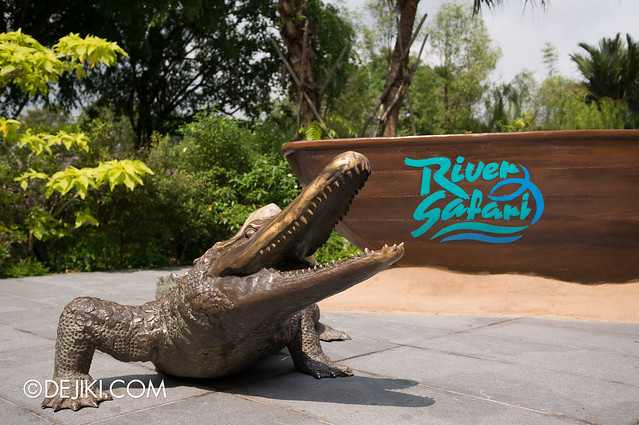 River Safari is a pricey experience, even with discounted tickets. With only 2/3 of the park open, visitors may feel shortchanged when the experience lasts less than two hours. However, the shorter experience may be welcomed by visitors who feel that the Singapore Zoo is too tiringly large (and messy) to explore. I have received a lot of comments and questions about the size of River Safari, so yes, the assumption that it is small is correct. Amazon River Quest may change perspectives if it is be more than just a leisurely transport around exhibits.

River Safari vs S.E.A. Aquarium
While the two parks are very different, I feel that River Safari has done better in certain aspects, especially in the field of information design. The signage about exhibits and their significance in ecosystems are easy to understand, and placed at the correct height for visitors of all ages. The signage at River Safari makes it very easy and intuitive to identify species from the tank. River Safari also has the advantage of showing a larger variety (not just marine life) due to its theme. Of course, the presence of an actual river and natural environments greatly enhances the experience.

Stay tuned for the grand photo tour of River Safari which will be presented in five parts: