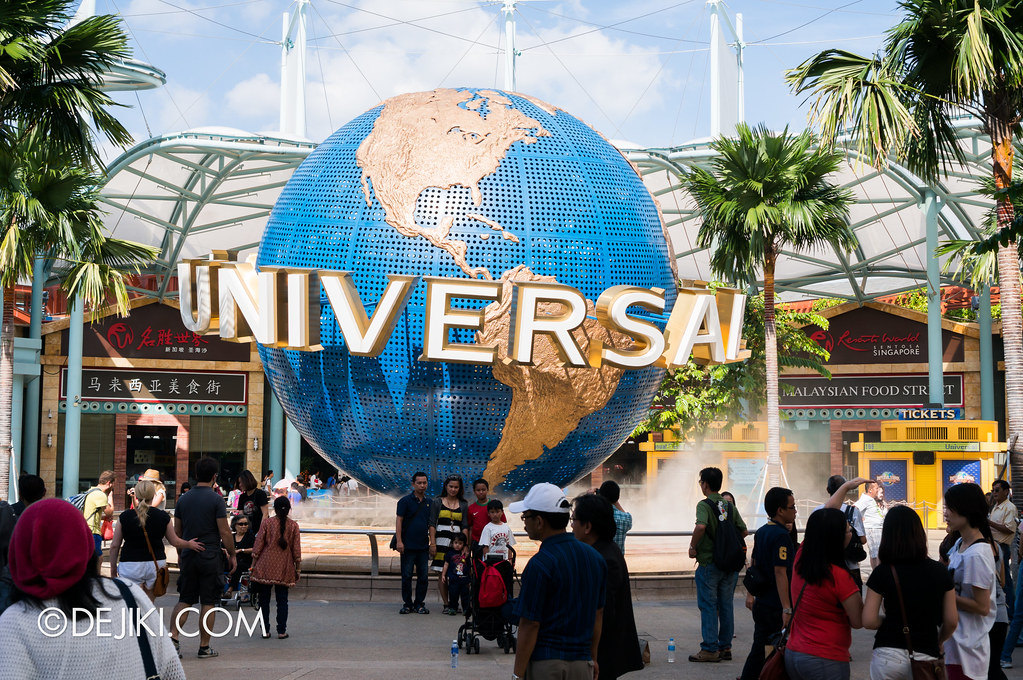 Universal Studios Singapore has modest amounts of decorations at its entrance, while other areas at Resorts World Sentosa are fully decked out with flower displays and other festive installations. 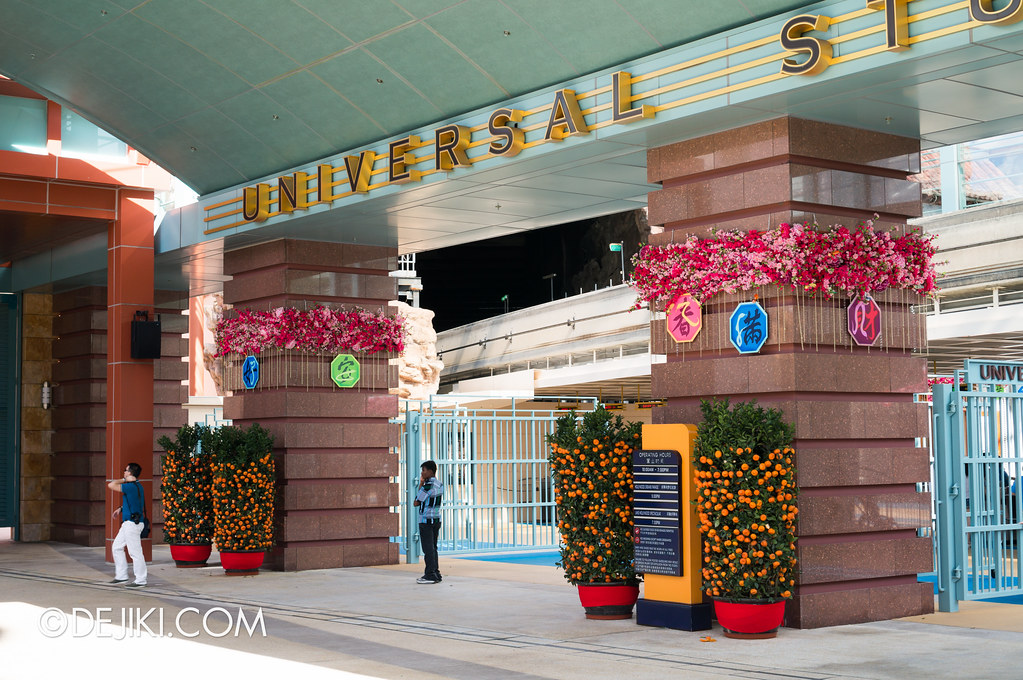 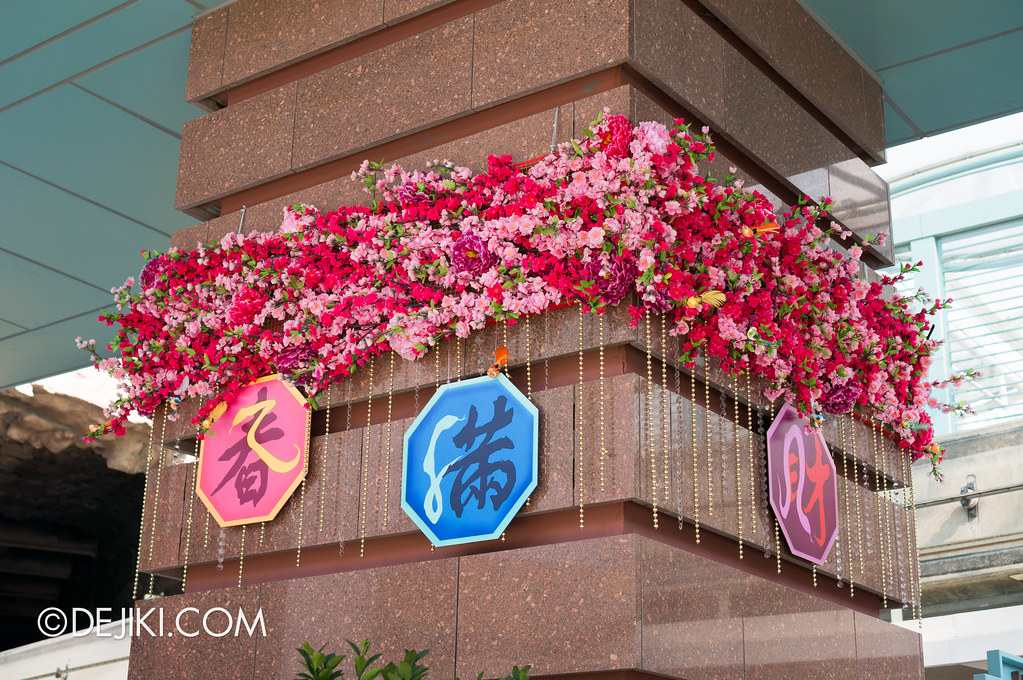 It’s the year of the snake this year, so there are several of these auspicious characters (with a “snake” hidden in the calligraphy) hanging from the flowers. 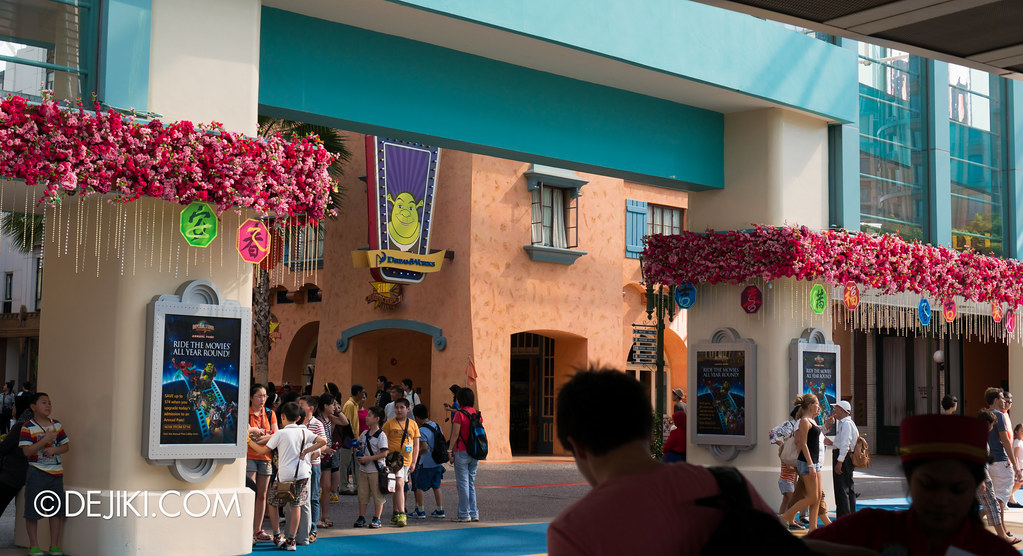 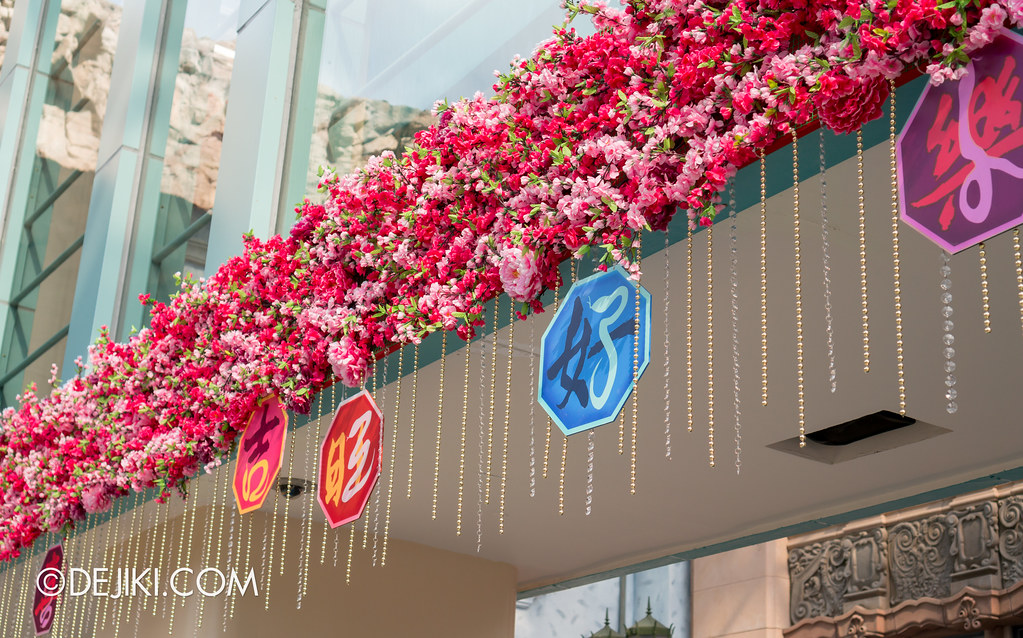 It looks better than last year’s but a few steps into the park and it’s back to normal. 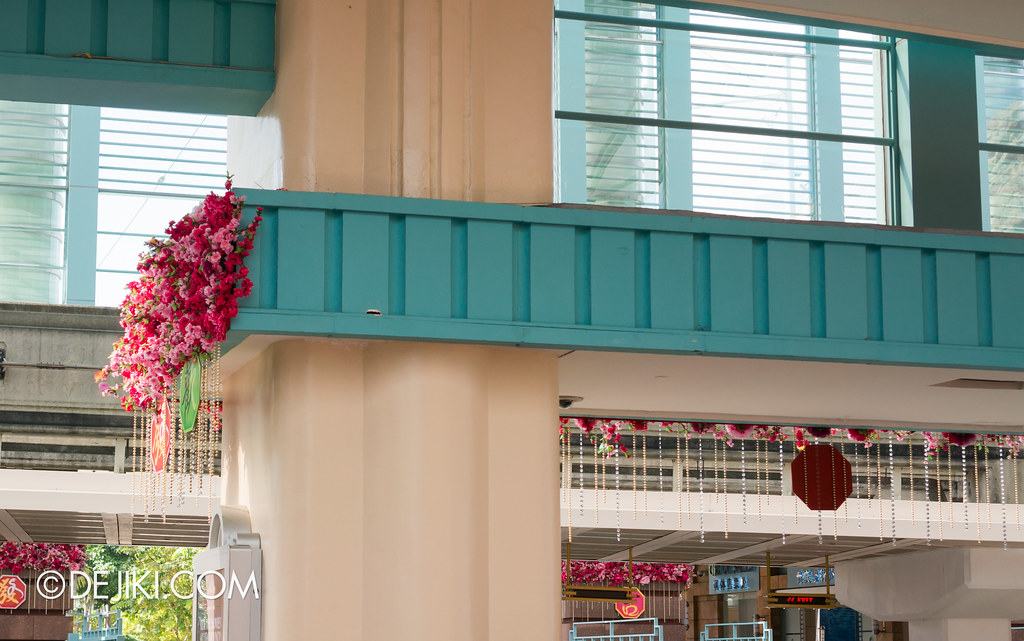 Really, it ends at the entrance. 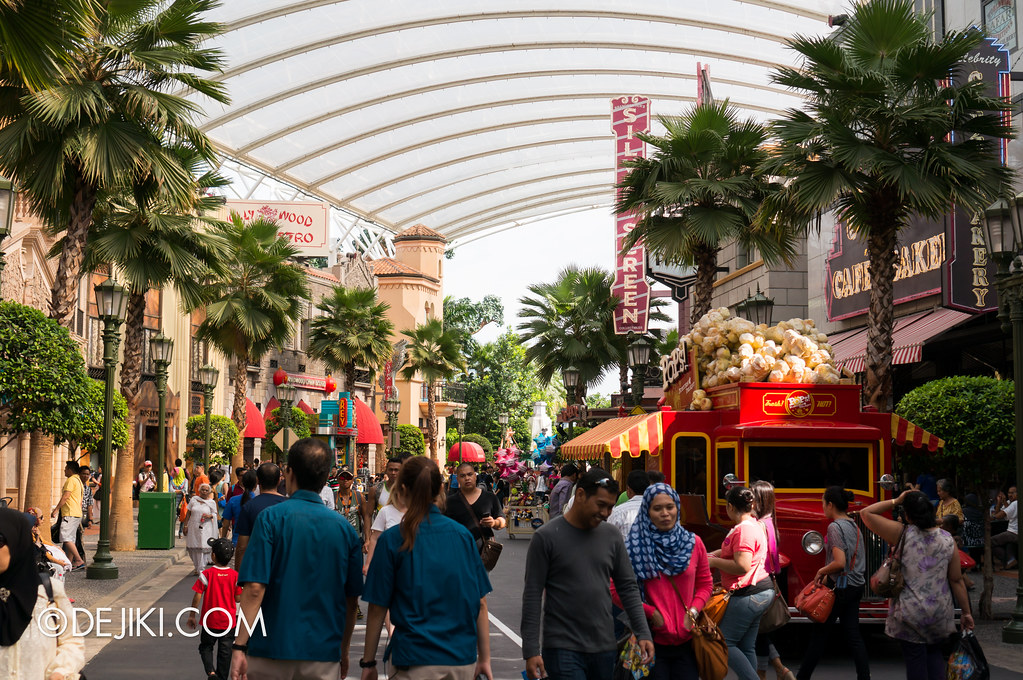 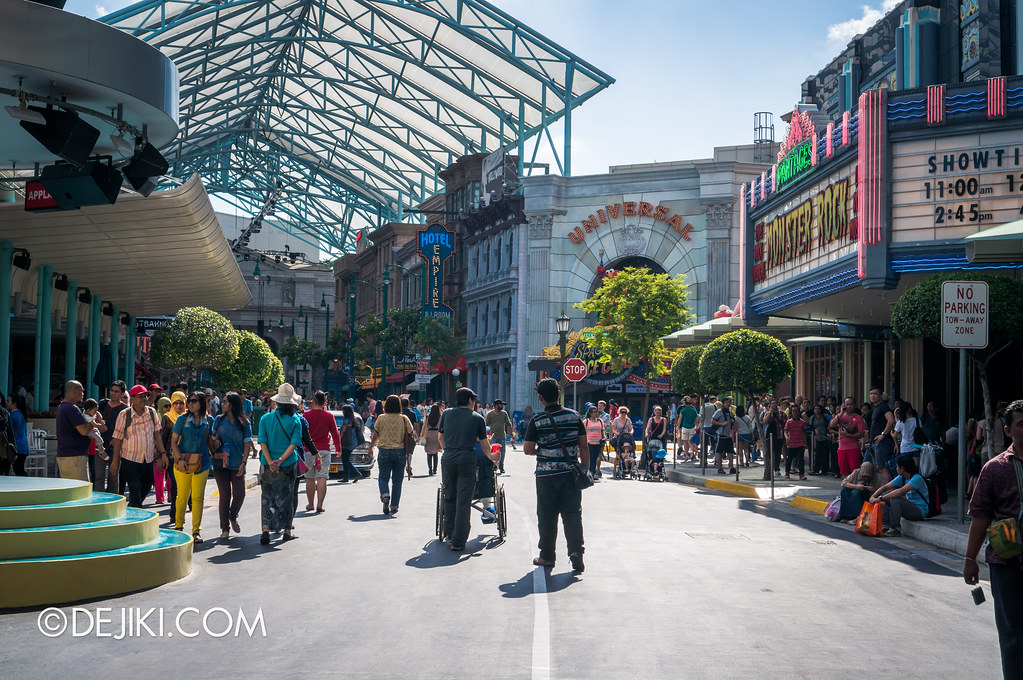 The park was quite crowded with tourists in January. Fortunately all the attractions were running, so guests are pretty much distributed all over the seven zones.

It’s still very quiet at Spaghetti Space Chase (or not. read on!) but is expected to soft open very soon.

Preview for Annual Passholders will be held on 16 February 2013, from 10:00AM to 2:00PM.
Valid annual passes must be presented at the ride entrance for admission on preview day. Preview admission is not transferable.

Preview for RWS Invites members who have redeemed the “Special Day” package will be held in the morning of 17 February 2013.

Preview for RWS Team Members and partners will be held during some evenings in February. Due to the nature of these events, I cannot reveal further details or actual dates.

The ride is expected to be open to public after these previews, likely on afternoon of 17th February 2013 or on 18th February 2013. At this moment, the only official information is that the ride will be fully operational in March 2013. Technical Rehearsals (also known as Soft Opening phase) may, or may not be held for this attraction. 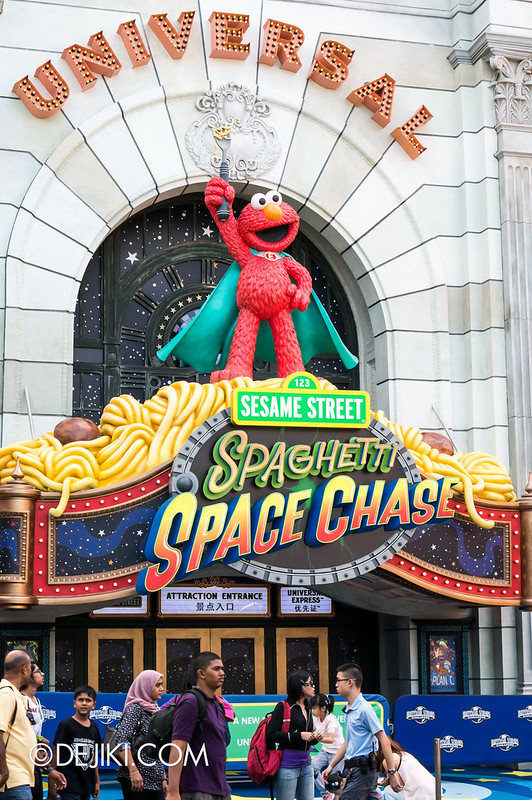 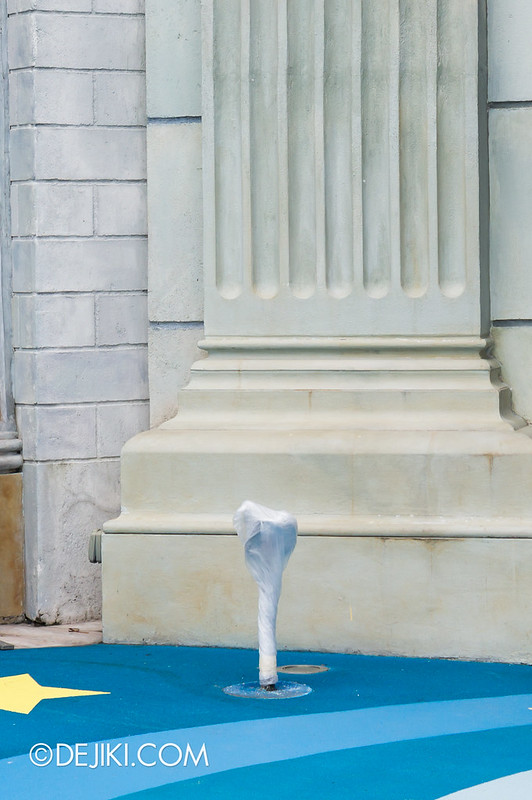 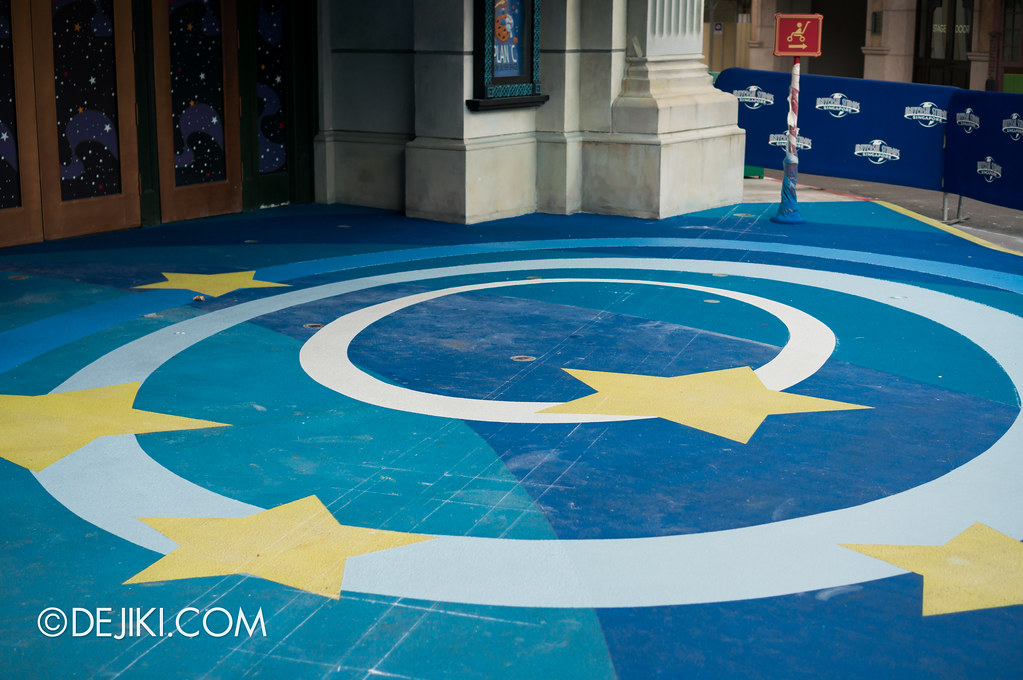 (Above: Early Jan) The painted floor at the ride entrance had a lot of marks in early January. Weeks later it seems to be repaired and/or cleaned.

Here’s how the floor currently looks like. There are even cut pieces of carpeting to prevent the barriers from scratching the paint. 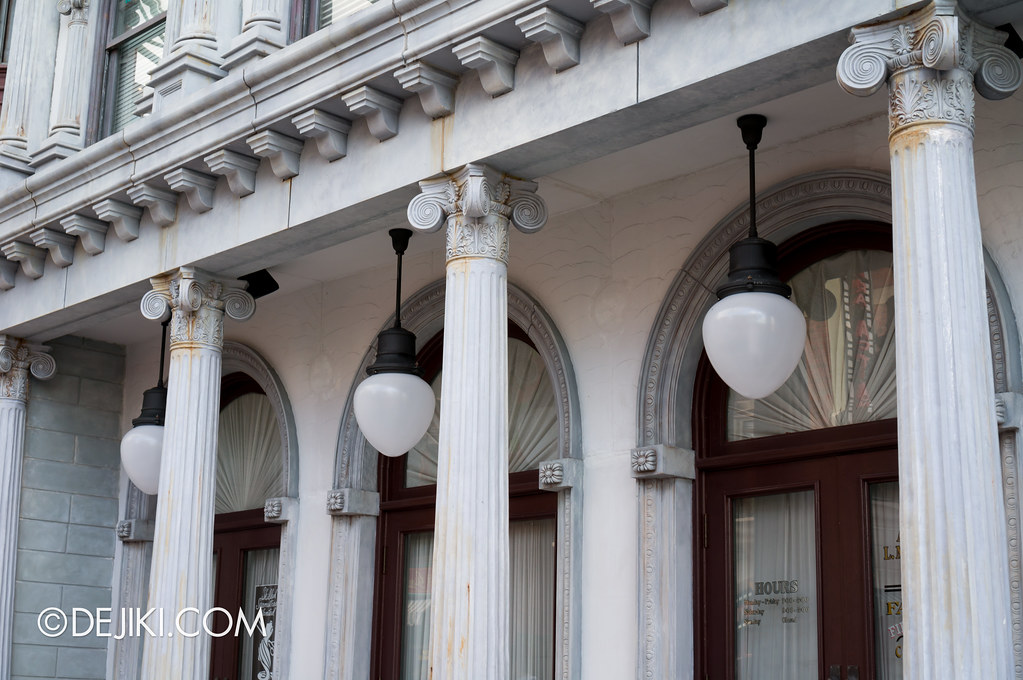 And here’s a surprise. The ride’s queue area audio has been playing along New York (where the outdoor queue of the attraction is) and can be clearly heard near some New York building facades (especially outside Hotel Empire). This queue audio is themed as a “Sesame Street News Update” and offers guests a teaser of the Spaghetti Space Chase’s story while waiting in line. 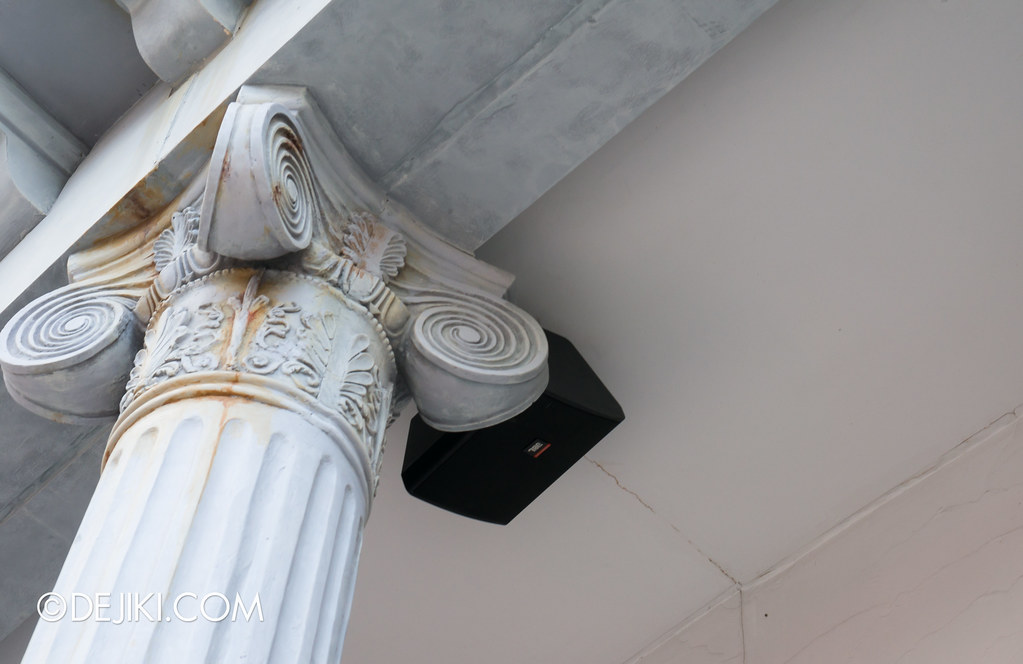 These speakers seem to be recently installed for the new attraction. Here’s a rough transcript of the audio. When I was at the park, the audio does not play smoothly – often breaking up and restarting. I’m not sure if the park is doing some troubleshooting or someone knew I was there and was well, playing around with it. Anyway, Elmo’s line was difficult to hear because well, it’s Elmo’s voice – and the playback kept breaking off at that segment.

Anderson Cucumber: Let’s go live, out there in the action!
[Crowd screams yay!] Desperate and pasta-less people cry for help. But who, I say WHO, can save the spaghetti from… [Trumpets] [Explosion] 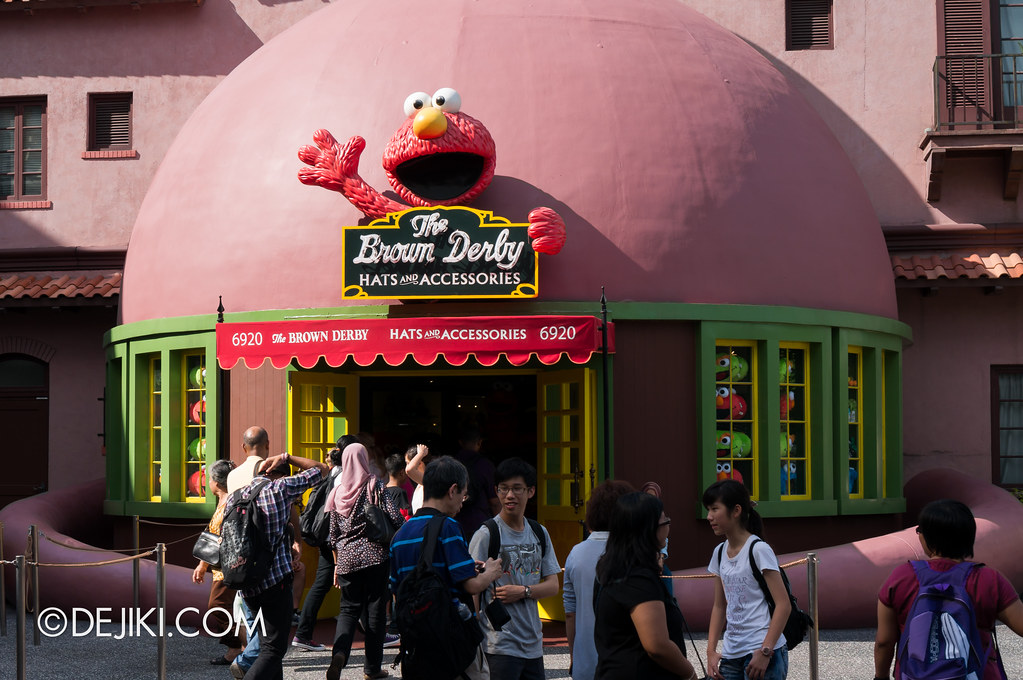 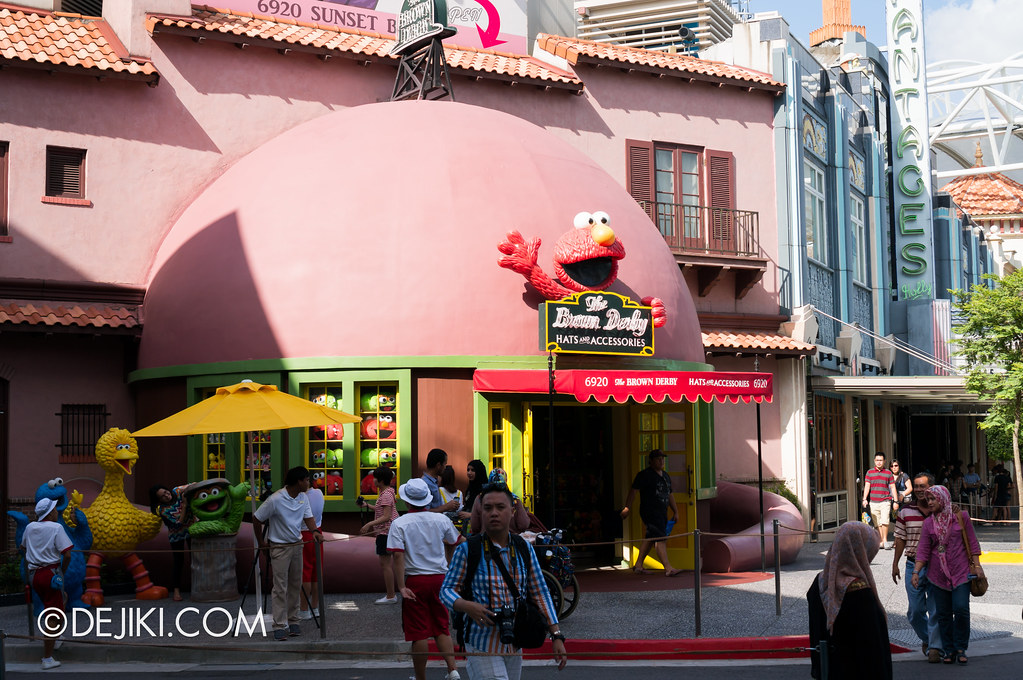 Here’s how it looks like with the Sesame Street Photo Spot.

There’s a Press-A-Penny machine for Sesame Street, at Big Bird’s Emporium! Oops, it has been moved to some other place. 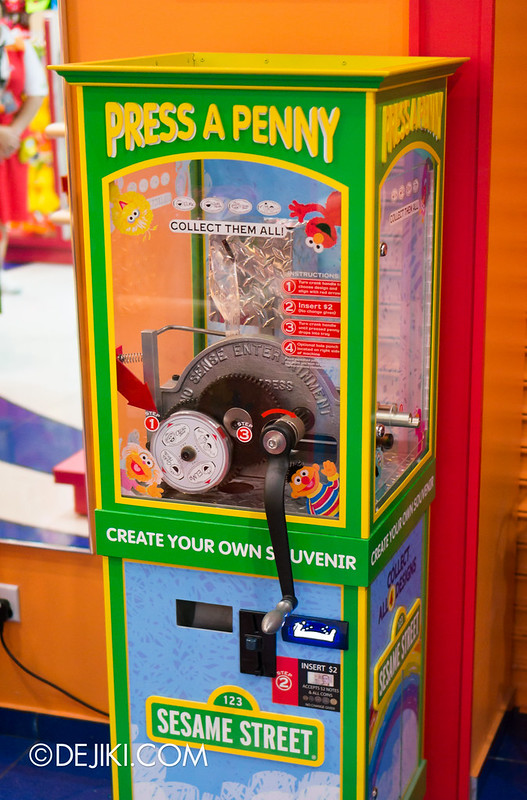 But anyway, here are the designs available. It costs $2 to make one (copper blanks provided by machine). 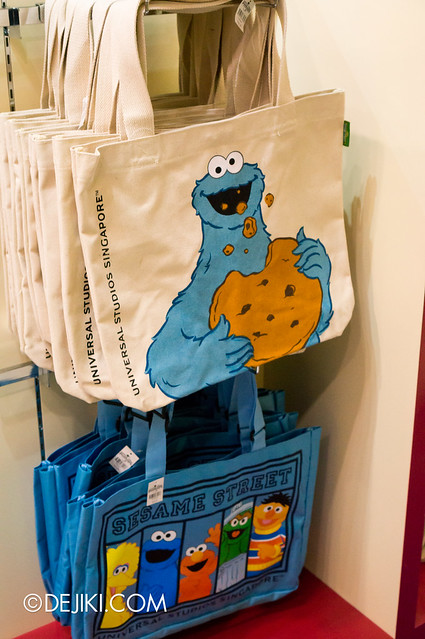 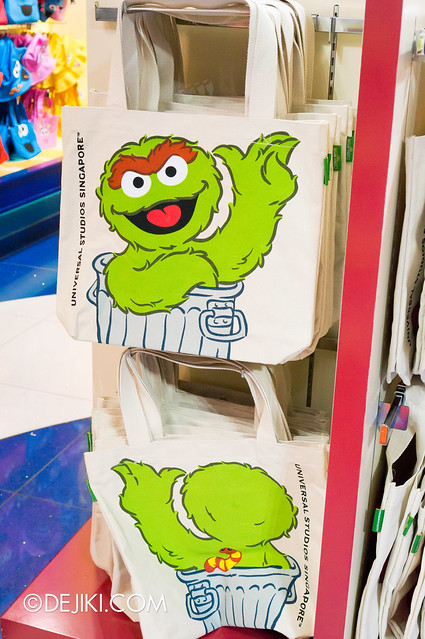 Not sure if these are new or not, but Sesame Street character tote bags can be yours for S$24.90 each. 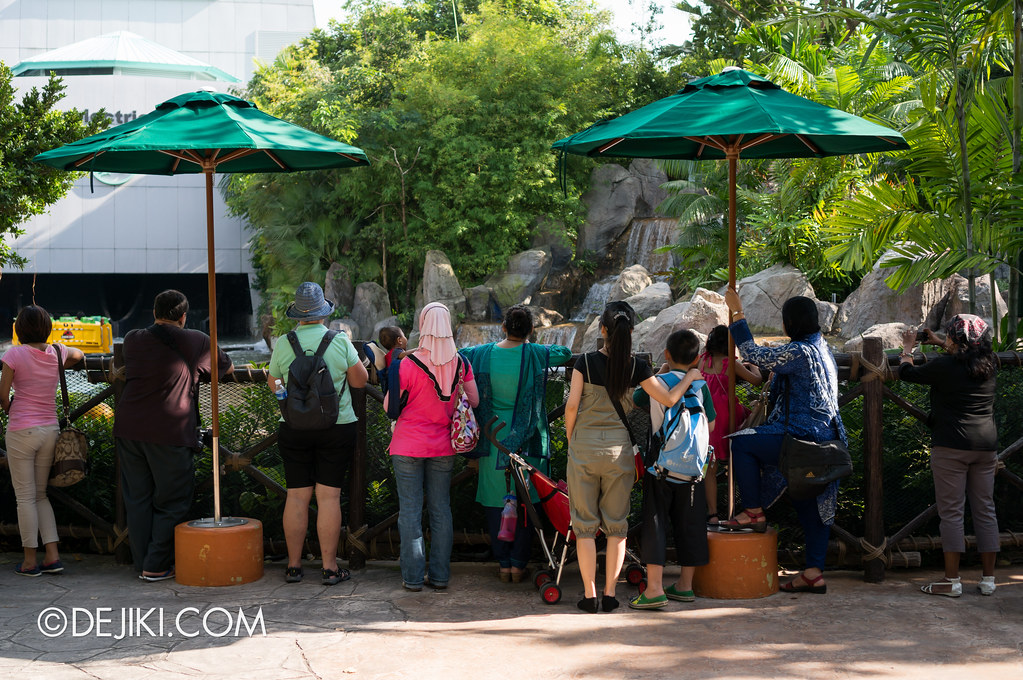 The splash cannons at Jurassic Park Rapids Adventure used to provide extra fun for S$1.00 a minute. They are permanently removed. In its place? Two umbrellas.

I guess either it’s to address safety concerns (?) or it was too costly to maintain.

Up next: Hollywood Dreams Parade revisited

There will be a photo entry on Hollywood Dreams Parade soon. There weren’t any major changes, but I thought it’d be a good time to revisit the parade as it has been running for more than a year now.