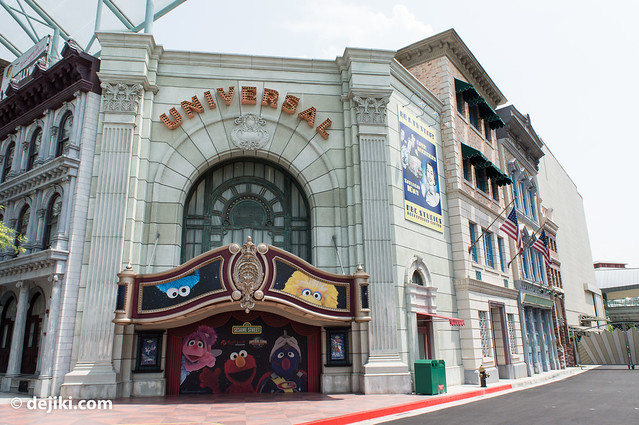 This is the park’s busy middle-of-year season, and there has been some interesting developments.

In recent weeks, the park has started using metal detectors to check guests’ pockets before allowing them to enter the queue area of Battlestar Galactica. Before this, the park crew would either use visual inspection, ask guests to pat their pockets, or use a stick to tap their pockets. 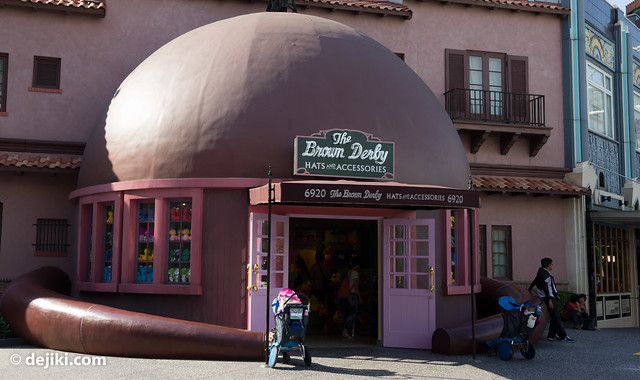 Like what I’ve said in the previous update, the Brown Derby was closed and likely to be reopened as a Sesame Street store. It has reopened, still as Brown Derby, but sells only Sesame Street merchandise. While the ceiling is still unfinished and the store still plays music from the Hollywood zone (which doesn’t seem fitting anymore), it has a wide variety of items available.

Here are some photos from the store: 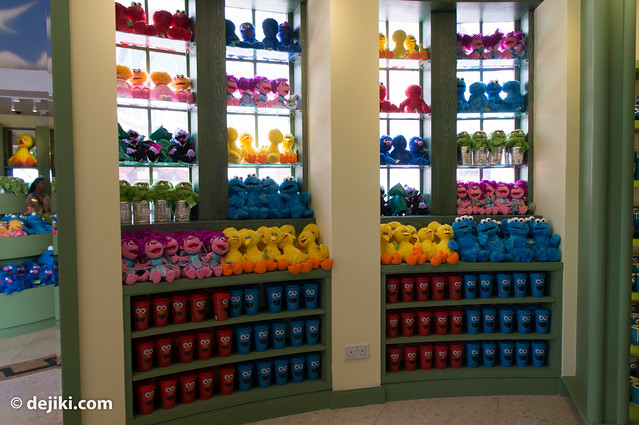 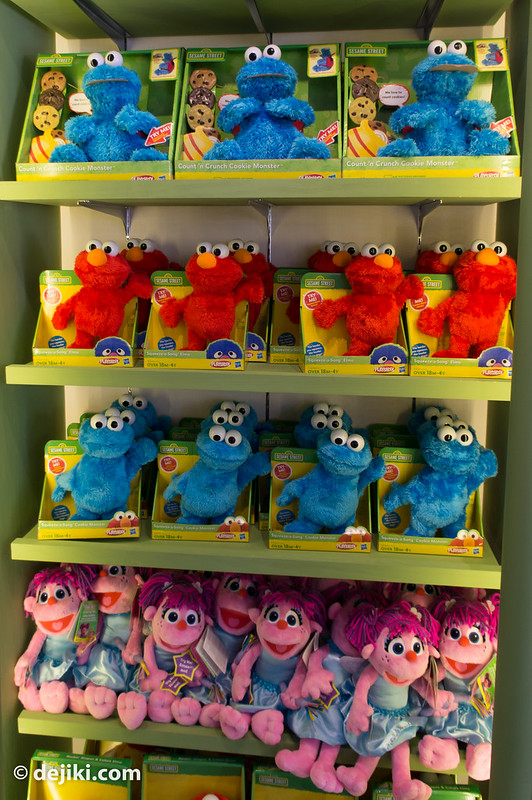 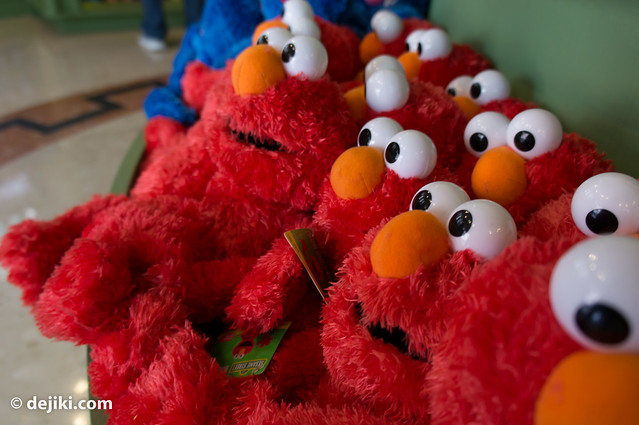 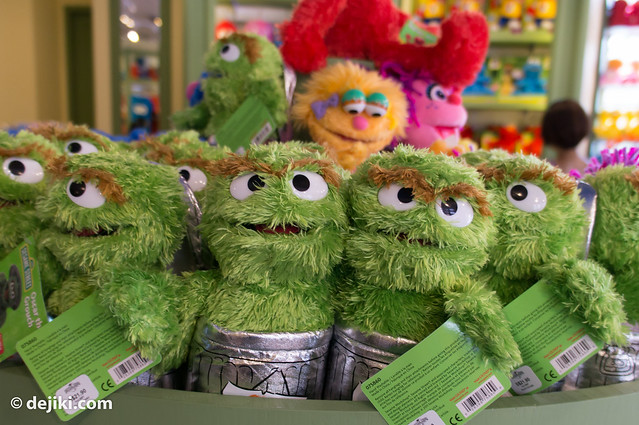 There are a lot of stuffed toys available, but none of them seem to be park-exclusive items. 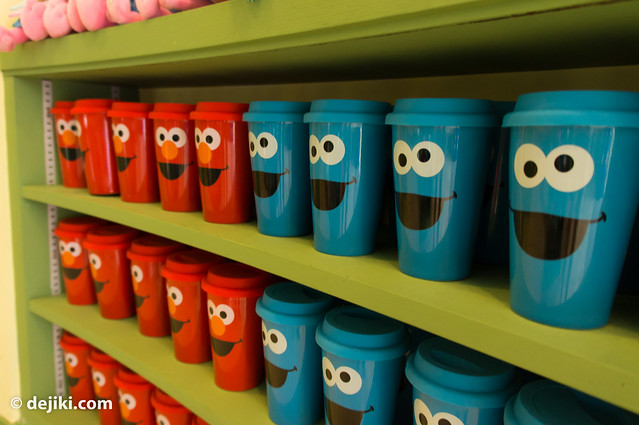 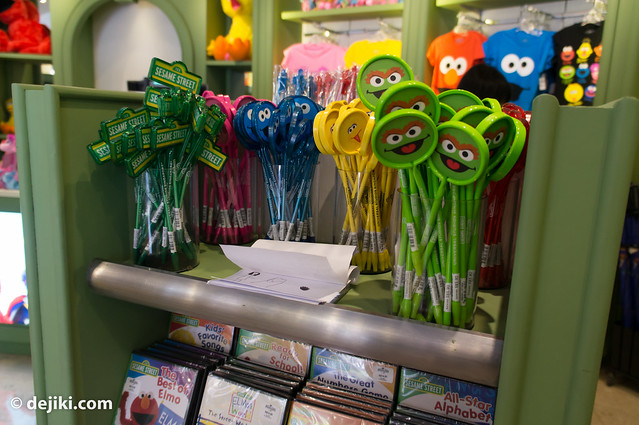 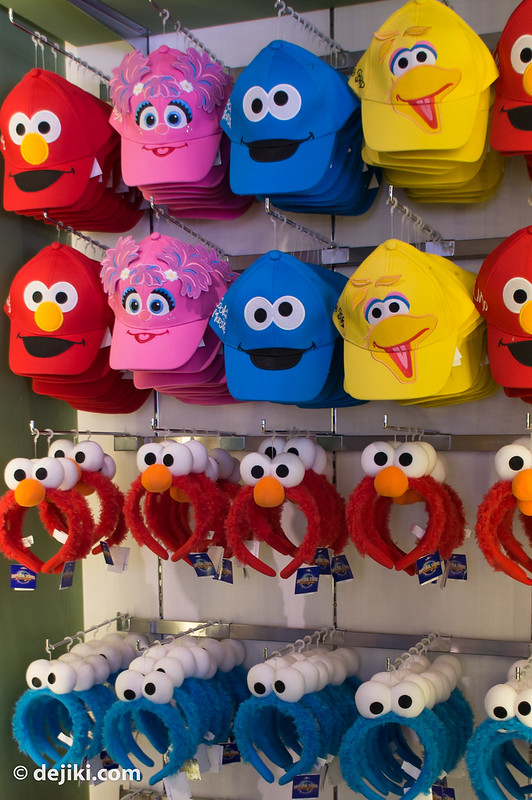 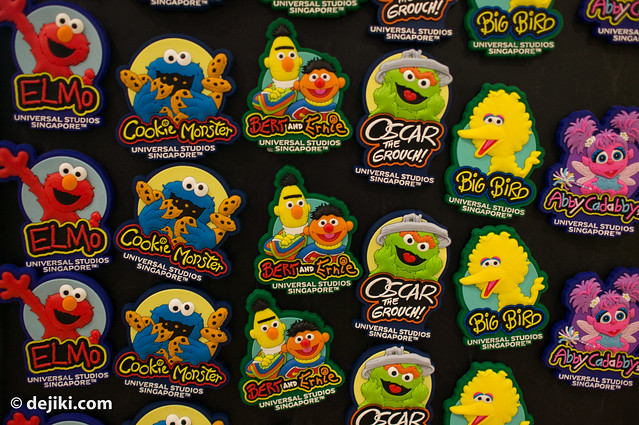 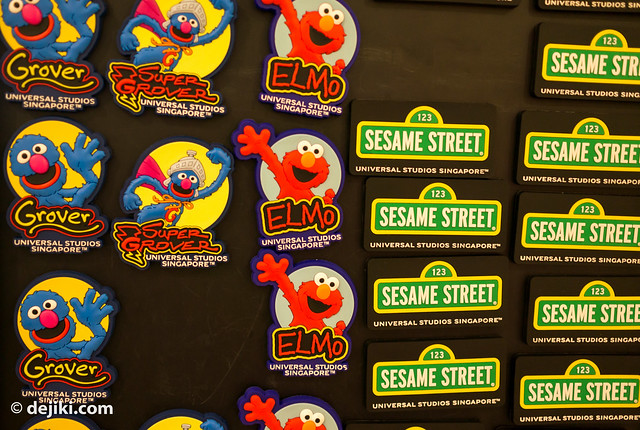 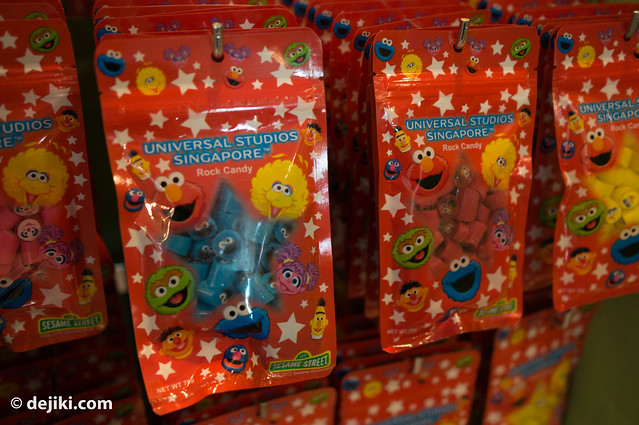 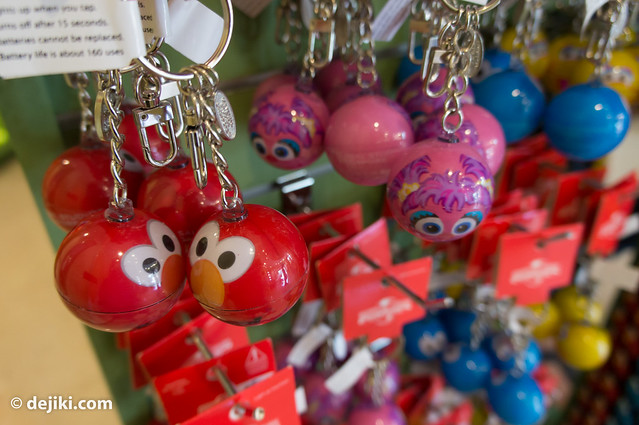 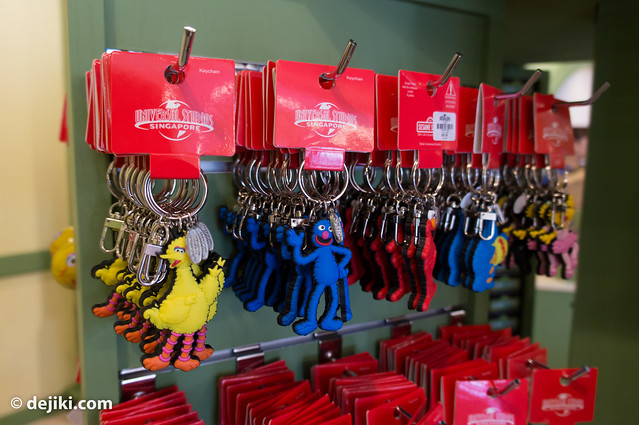 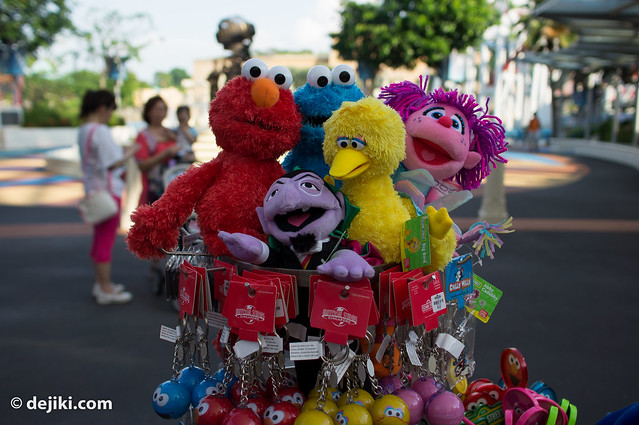 Apart from a dedicated retail outlet, Sesame Street merchandise can also be found at the Hollywood zone, at Universal Studios Store and pushcarts.

Some of you might know that an indoor dark ride based on E.T. was announced for Universal Studios Singapore and was supposed to be built at New York zone. This is supposed to be an upgraded, special version for Singapore that is unlike existing E.T. Adventure rides. Unfortunately, after its initial announcement, the ride was never mentioned again and was quietly removed from the park’s list of attractions. Here is a snippet from the original press release:

“RWS will bring to Universal Studios Singapore an all-time favourite Universal Studios’ ride: E.T.: THE FLIGHT HOME. Steven Spielberg’s timeless classic is brought to life in a fantasy attraction that captures the charm of childhood and the thrill of flying on an intimate scale that’s sure to delight grandkids and grandparents alike.

A “dark ride”, E.T.: The Flight Home brings that fantasy of flying to visitors, who will escort the Extra-Terrestrial back to his home planet. Here, in this other worldly realm, a celebration takes place welcoming E.T. back to a world filled with fantasy, warmth and charm. This unique version of the adventure brings the charm and sweetness of E.T. to life in a flying adventure tale that is language independent-for guests from China, India, Malaysia, Indonesia, and Singapore.”

Now then, this is speculative, but I believe these are the tracks for the Sesame Street indoor ride.

The tracks do look similar to the ones used in E.T. Adventure’s, so it is possible that the Sesame Street ride will utilize a similar ride system.

Besides, I believe one of the Sesame Street character is able to fly (?). At the Sesame Street building facade, the characters are superimposed on a starfield, and there are two “movie” posters showing characters in outer space. It could either be mere coincidence, or foreshadowing the story for the ride.

From the looks of it, it is an overhead track design – meaning ride vehicles will be suspended under the track. The track are mostly straight elements with very gentle, gradual turns and bends. There does not appear to be any inclined track pieces, so it is unlikely for there to be ascending or descending element (meaning: no lift hill or drop) in the ride. Furthermore, given the single-rail, suspended vehicle ride design, this ride should be a slow and gentle one – as expected to fit with its Sesame Street theme. The best hope now is that the Universal Creative has some tricks up their sleeve with the ride vehicles, with some interactivity or surprises.

Coming from another train of thought: If these are the tracks for the Sesame Street ride, they are still lying about outside. Will the park be able to get the ride done up before the end of the year? 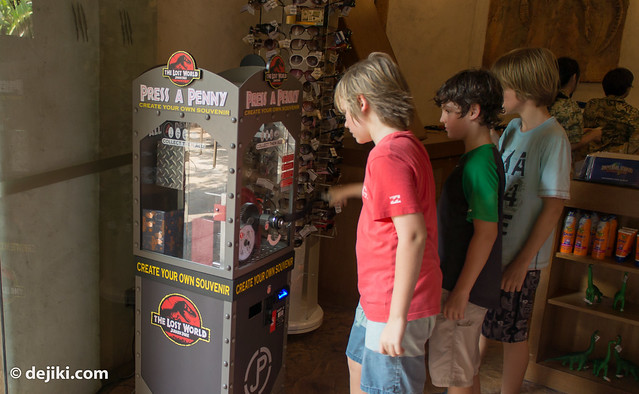 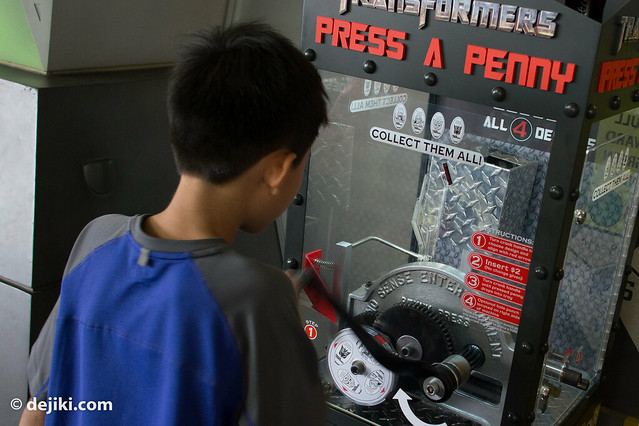 I was quite surprised the park too so long to get these machines up. Mind you, the park has been selling coin albums since 2010. I’m sure they found them hard to sell – after all, what’s the point of buying the album if you don’t even have anything to slot inside? Not anymore!

Three Press-A-Penny machines can be found in the park. They are located at three themed zones at the moment:

According to a store manager, the park plans to have at least one machine in every zone of the park, but it’ll be some time before we see more machines in the park.

As each machine offers 4 designs, you can collect the first 12. The park sells coin albums for $16.90 each, with a capacity for 56 coins. 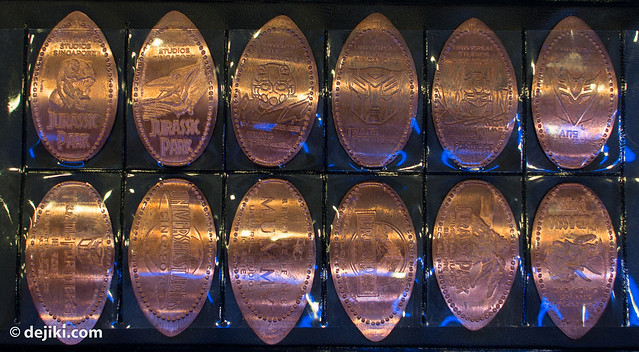 Here are all 12 coins, courtesy of a friend who pressed them all in one afternoon!

Unlike coin machines in other parks I’ve been too, the ones here seemed very popular. At $2, it is a simple and affordable gift, with a small personal touch. After all, the coins need to be “made” in the park. The younger guests just can’t wait for their turn to turn the crank.

The machines are fairly reliable with sharply-pressed images so far, however the pressed coins seem a bit too curved. My friend encountered a dud (where the image was severely misaligned). Simply approach a park crew member and they’ll be glad to help out. They’ll even turn the crank for you!

I intend to write a dedicated entry about these pressed coins, so please stay tuned for it!

Marine Life Park – from the air 4
Ocean Park: The Summit