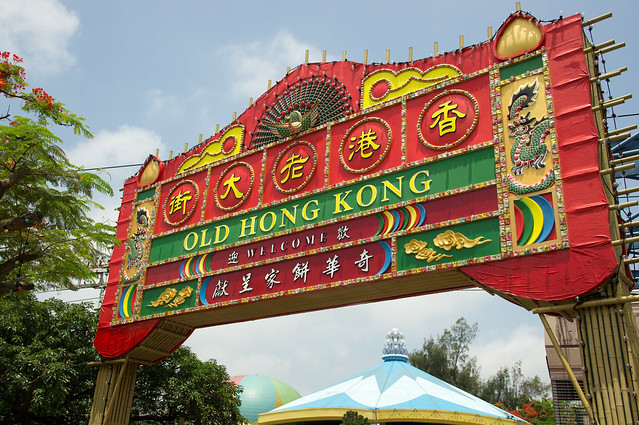 Old Hong Kong is the newly opened themed area at Ocean Park Hong Kong. Filled with nostalgic sights and sounds, this area brings back the rich Hong Kong cultural heritage, with recreated streets and scenes, as well as some small attractions. Some people refer Old Hong Kong as Ocean Park’s unique rendition of an area like Disneyland’s Main Street.

The colorful garlanded entrance [shown in photo above], known as Dai Tat Dei-style, welcomes guests into the Dai Pai Dong area, a bazaar where numerous food stalls fill the street. 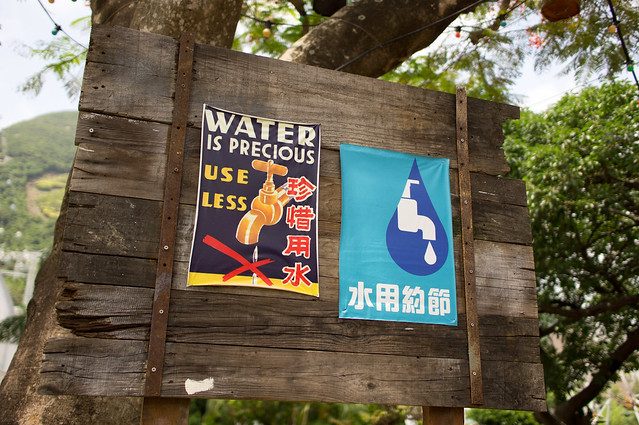 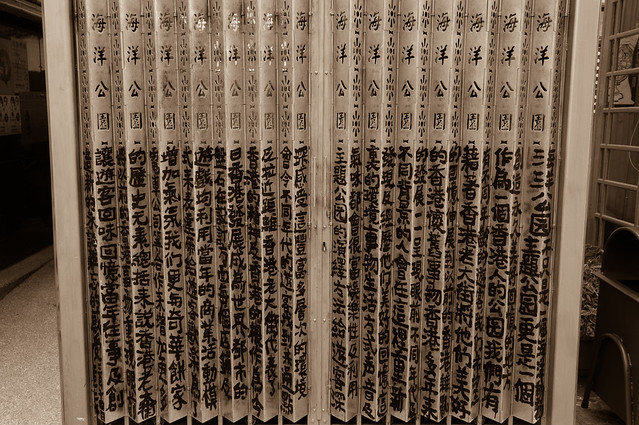 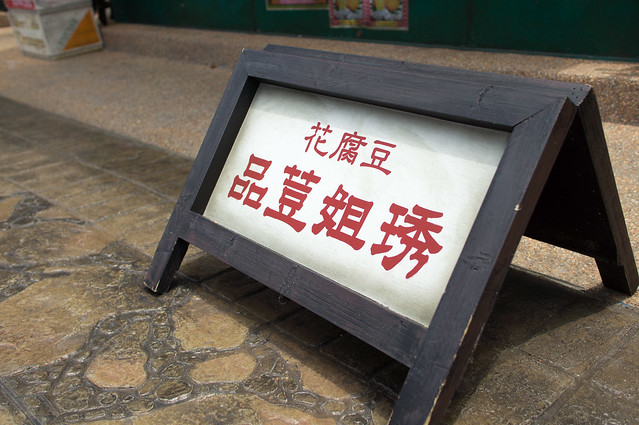 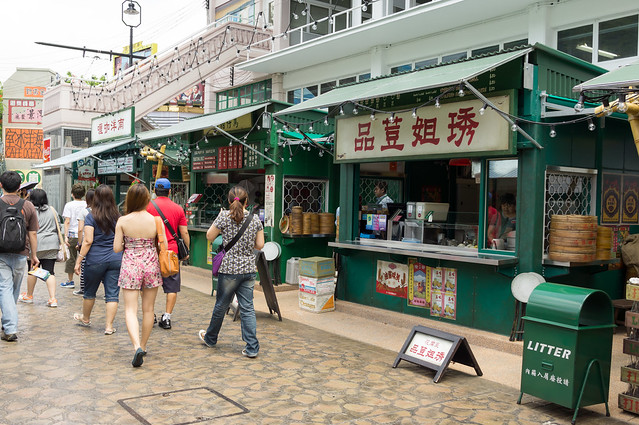 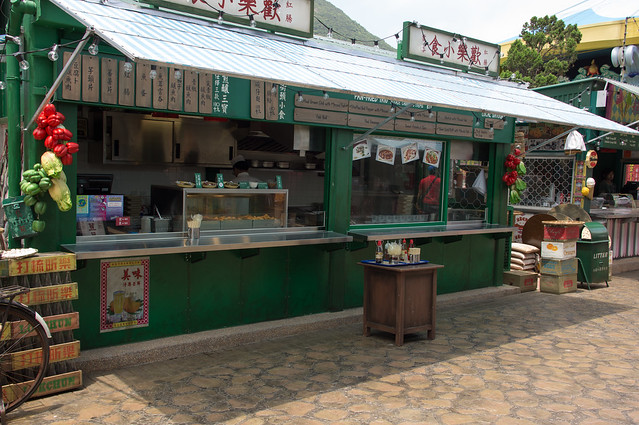 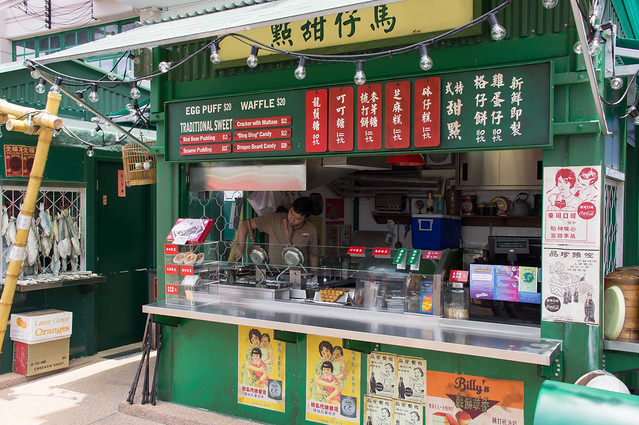 I’ve very impressed at the theming here. There is A LOT of detail, and it extends to the interior of the foodstalls too. Prices here are, naturally, on the high side, despite being street food. 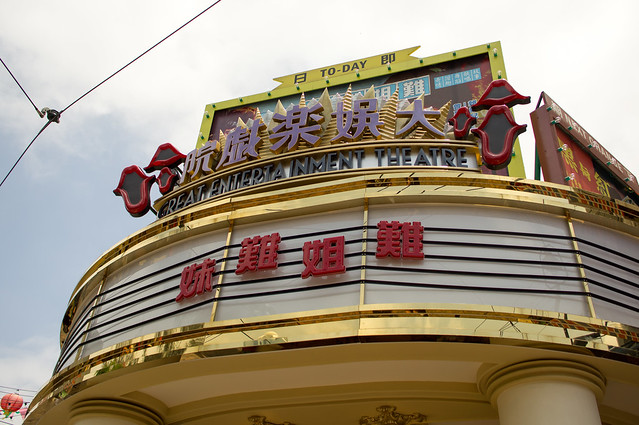 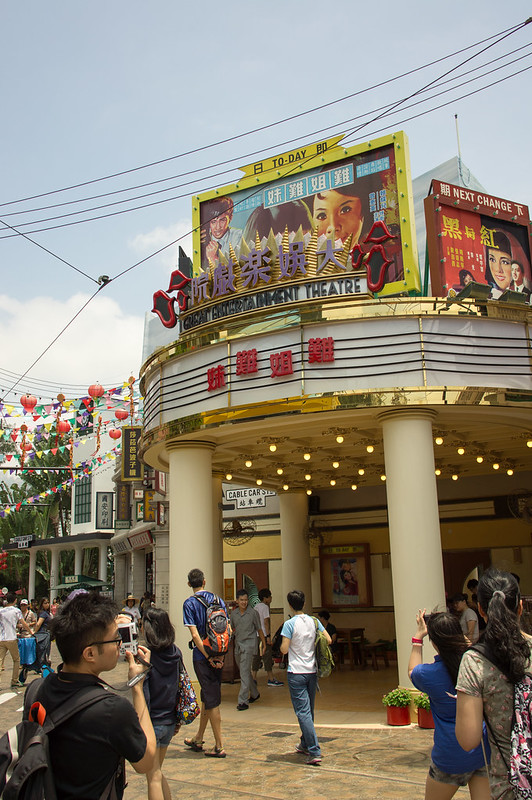 The Grand Cinema building is a fancy façade for now – there is a theatre inside but it’s a seasonal attraction. The decor looks pretty authentic, with an abundance of posters and old-style detailing. 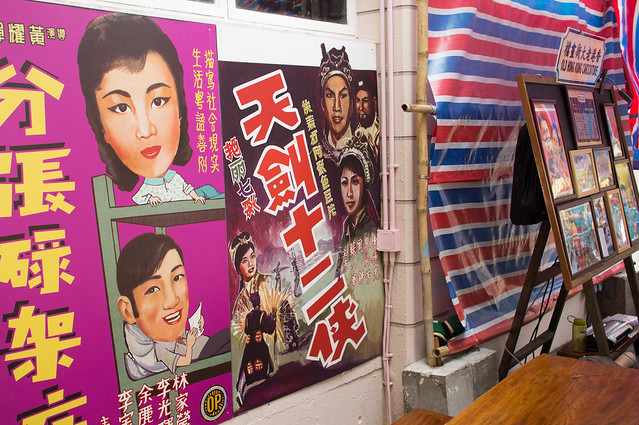 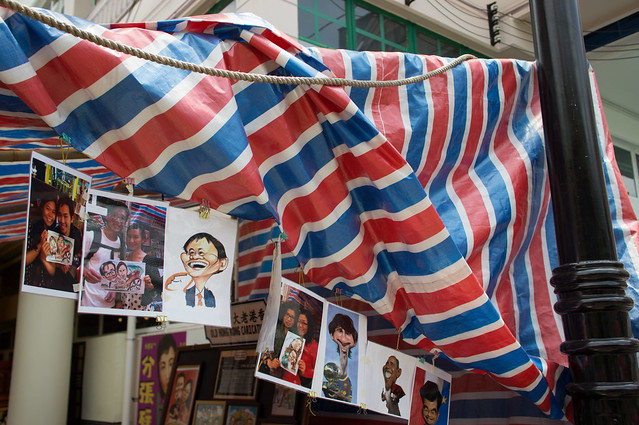 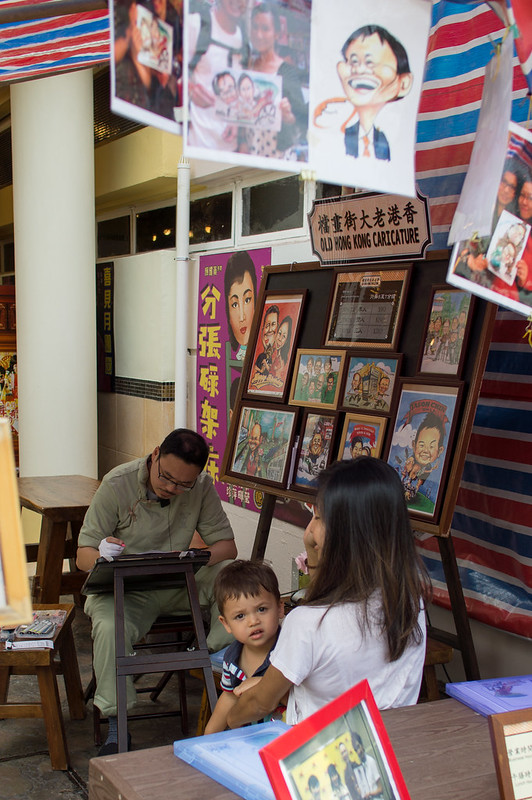 Beside the Cinema building is a tent with a Caricature artist. 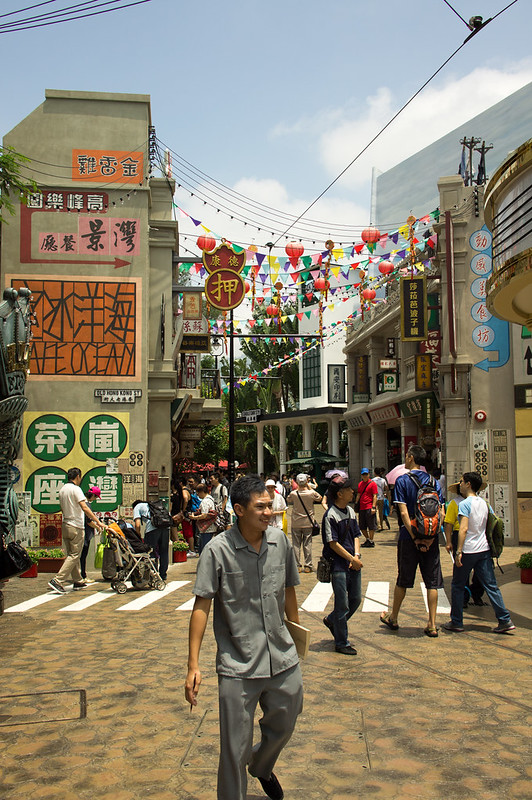 Most of the bustle is happening here – a street filled with Tong Lau buildings, or shophouses. Obviously the second floor are not residences, but the decor and details want you to think otherwise! 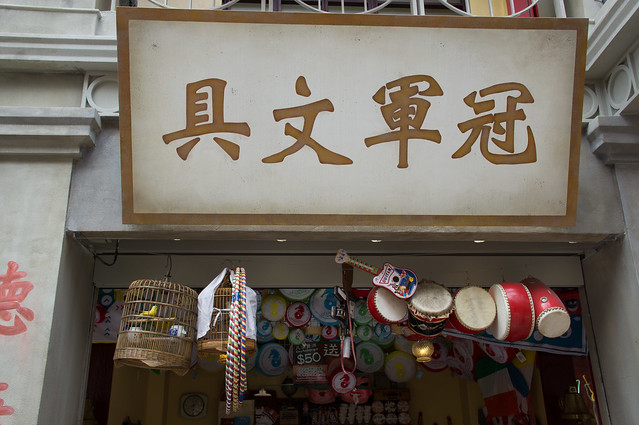 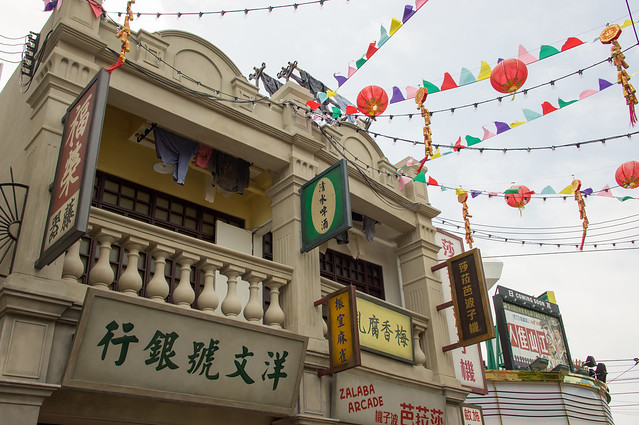 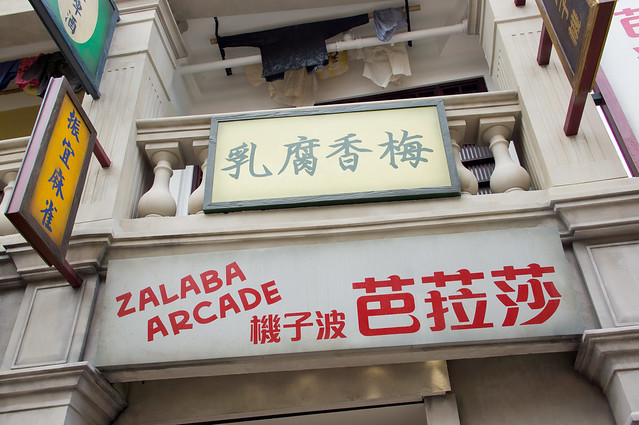 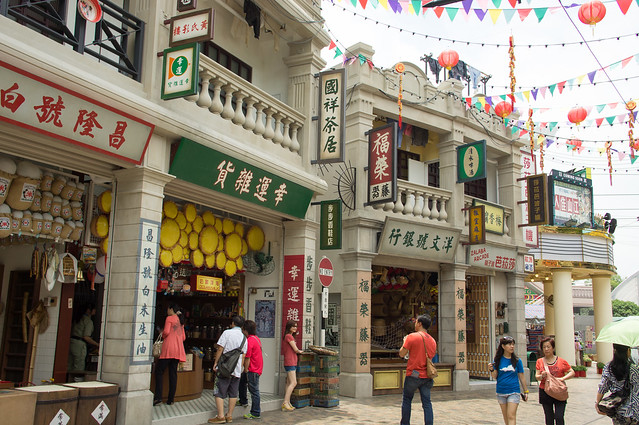 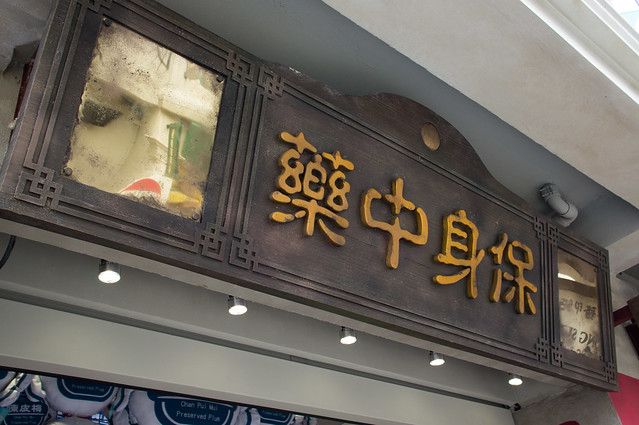 The energetic street is filled with carnival style games for guests to relish childhood memories. Hong Kong has a very rich cultural heritage, so the park has A LOT of source material to work with. There are so many prizes inspired by food and snacks! Be prepared to be charmed by the park crew to play, or crowd around when they start beating the gongs. It’s a bustling, noisy place. 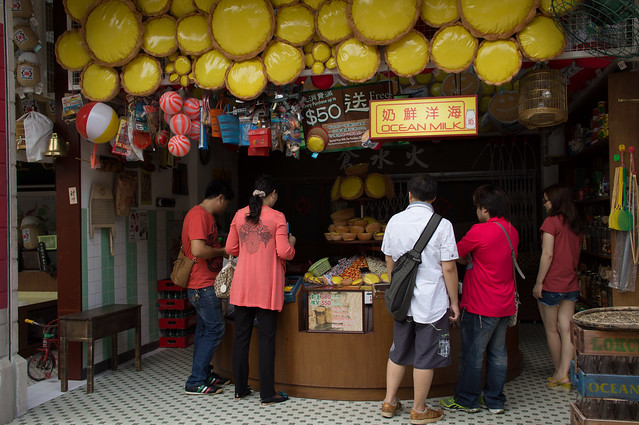 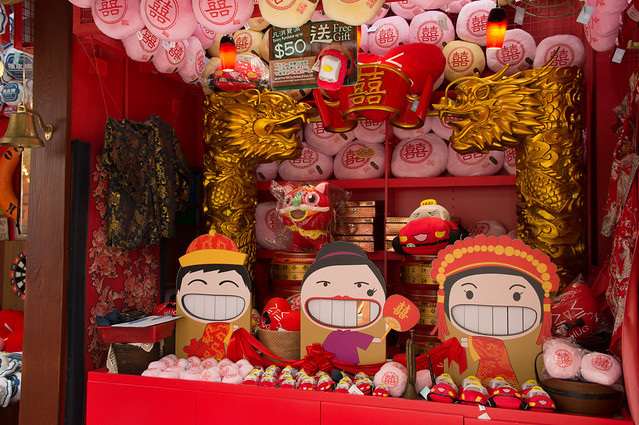 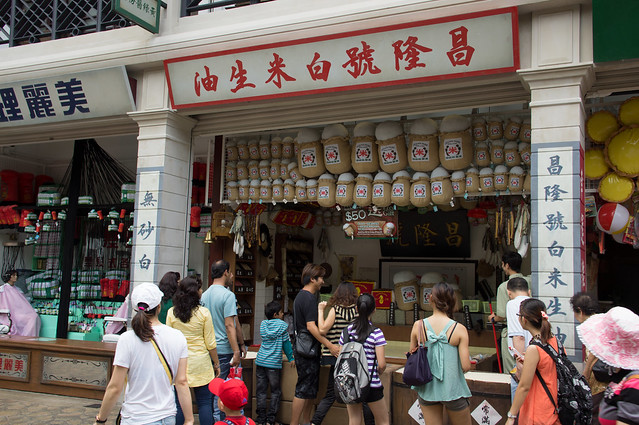 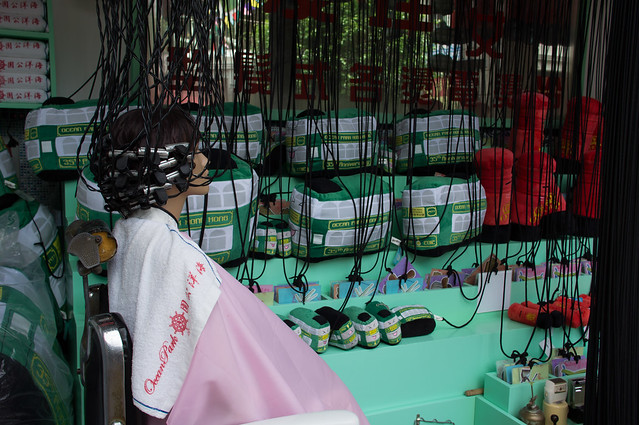 This old-style towel looks very familiar doesn’t it? But it is actually custom-made, with the Ocean Park name on it. 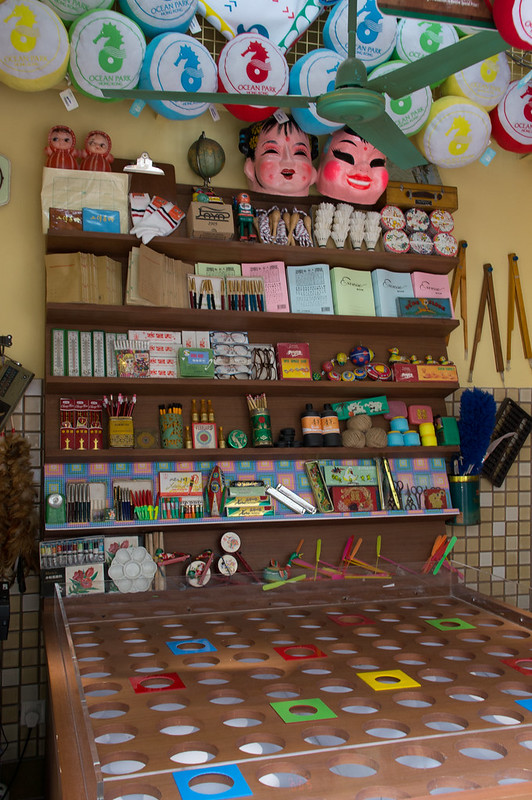 There is a variety of skill-based and luck-based games. Prizes are plush-toys and other souvenirs usually found in carnival games. These are not free-to-play however. Cash and Octopus cards are accepted here. A HK$50 single-purchase gets you a small souvenir for free, regardless of game outcome. 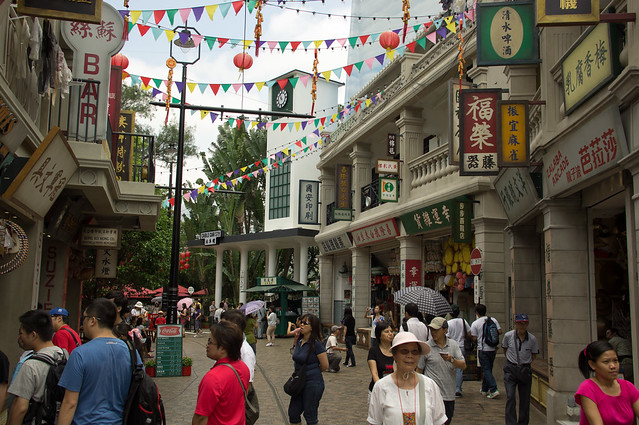 The Clock Tower (partially obscured with street decorations here) is apparently a replica of the one at Star Ferry Pier (Kowloon), to give this area an extra nostalgic touch.

The Clock Tower also marks the entrance to the Cable Car Station. 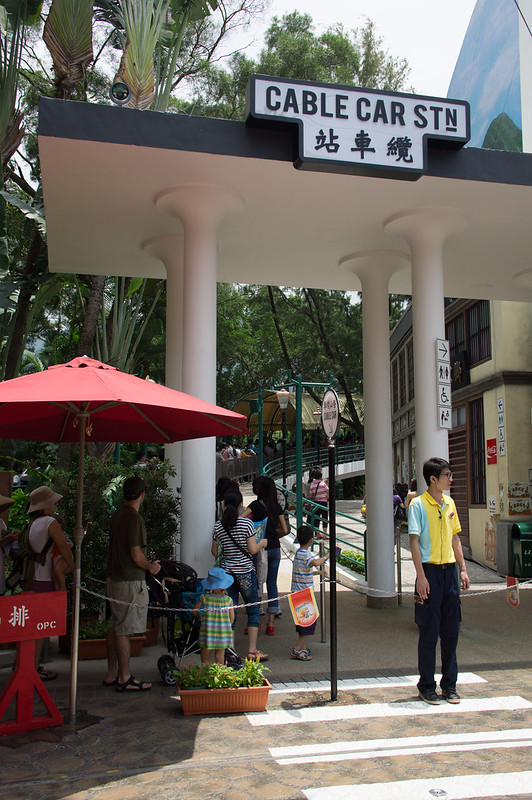 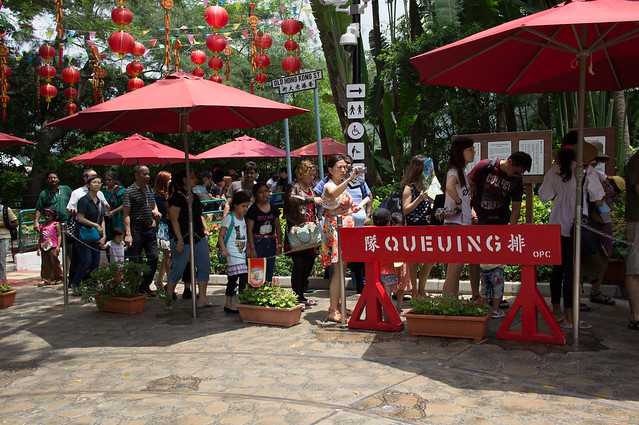 The aging Cable Car system is slow and has low capacity, so be aware that queues tend to get long in the late morning/early afternoon. While it offers a scenic view, it is prone to slowdowns (and with this sweltering summer heat, you do not want to be stuck on it too long) However, there is a more convenient way to get to the other side of Ocean Park – the Ocean Express, a funicular ride which will be featured in the next update. 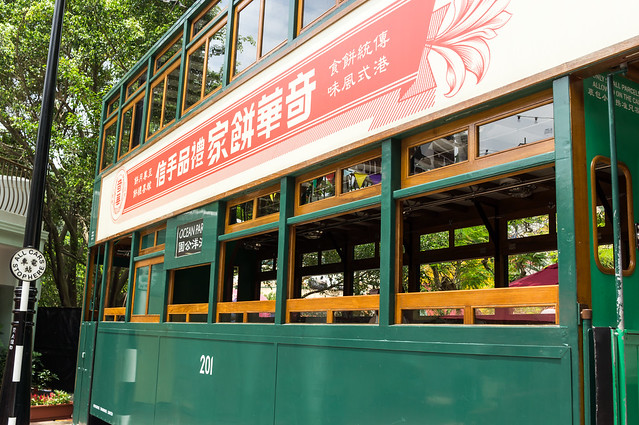 Also found in this area is Tramcar No. 201, a replica (and said to be the only one) of the 1950s model. This replica is built to specifications of the original, and features some components from 1950s tramcars. 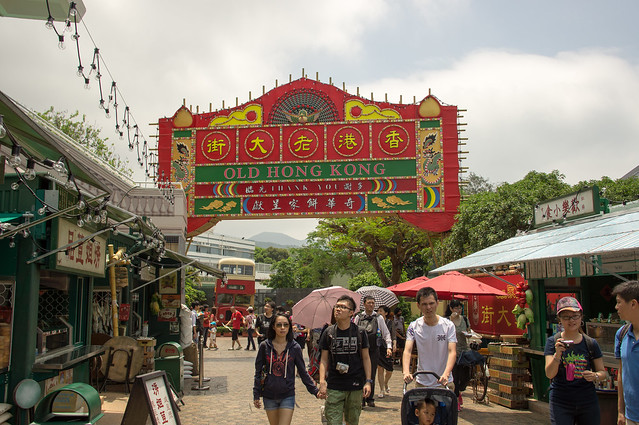 That concludes the photo tour of Old Hong Kong! The last two updates will feature attractions at The Summit, which is split into 4 areas: Adventure Land, Marine Zone, Rainforest, and Thrill Mountain.

Gateway and Aqua City | The Grand Aquarium | Old Hong Kong | The Summit at Ocean Park
Aerial Views from Ocean Park Tower
Subscribe to Dejiki.com or Like my Facebook page for notifications of updates.