Just mere days after finally completing National Service, I found myself at Hong Kong with my family. We’ve not traveled together since late 2009. 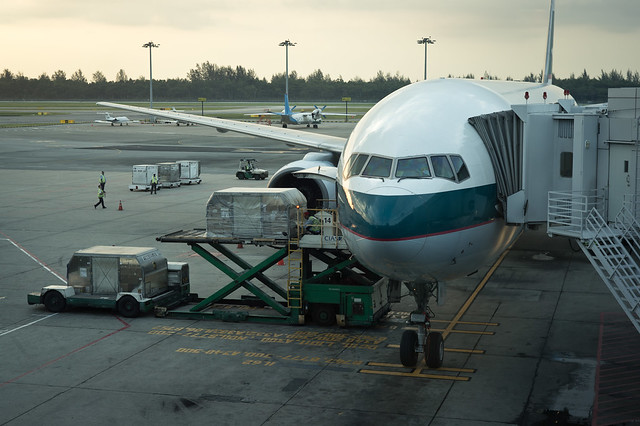 We took the 8:05AM flight on Cathay Pacific. Upon arriving and dropping our luggage at the hotel, we went straight to Causeway Bay for lunch at Hunan Garden. Located at Level 13 of Times Square Food Forum, the restaurant offers Hunan cuisine in a European setting. It’s interesting to note that the Times Square Food Forum is very popular and during the lunch hour it becomes necessary to actually queue (à la theme park rides) for the lift to the higher levels. 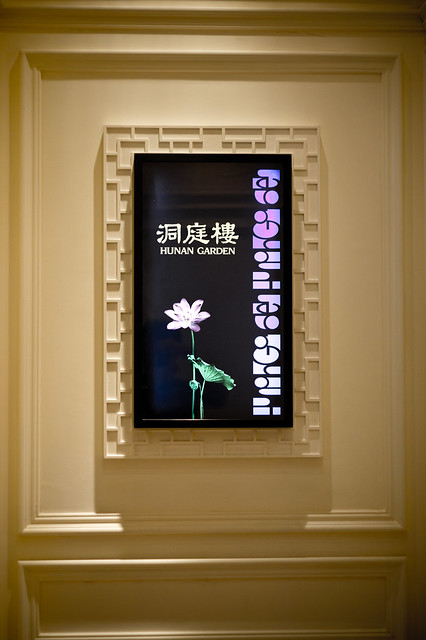 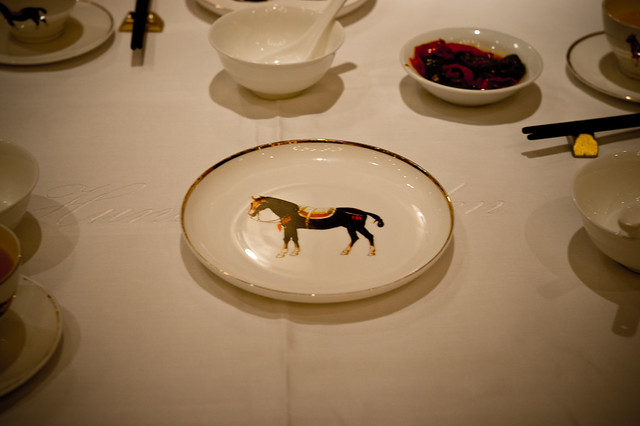 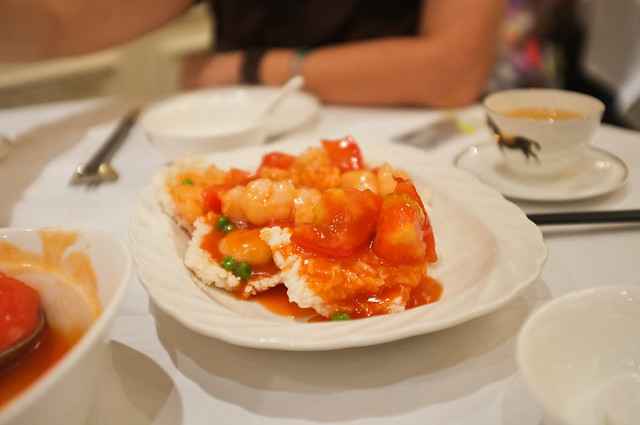 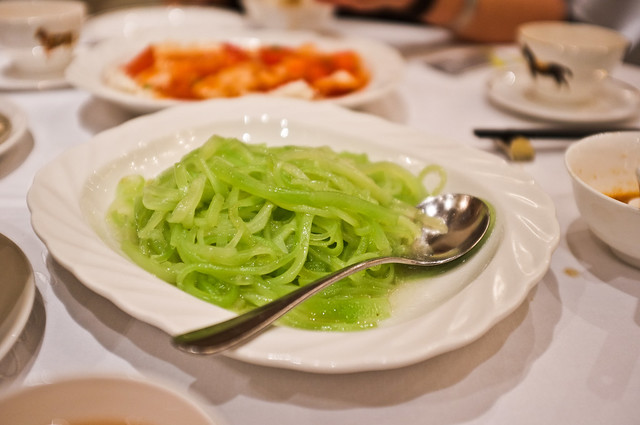 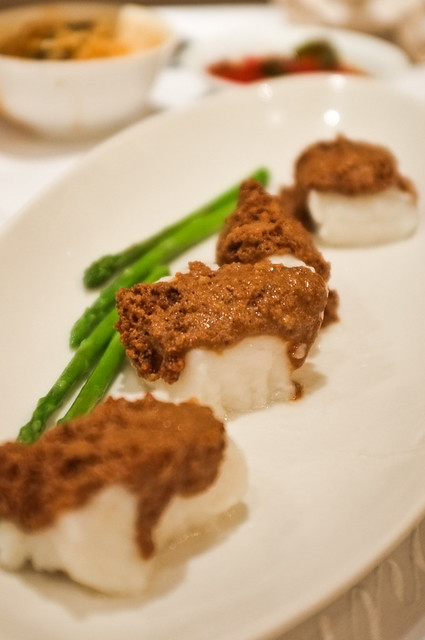 At the ground level of Times Square was.. Hogwarts Express! It was accompanied with Platform 9¾ (and yes, the trolley was there as well.) Unfortunately it seems like classes has just ended and the whole area was flooded with students! 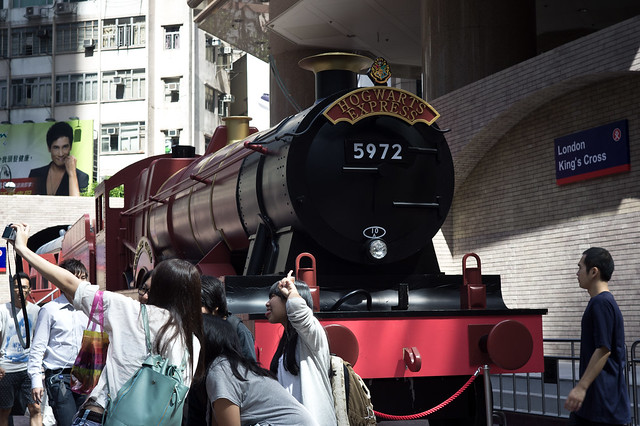 We then went to SOGO at Causeway Bay. Despite being owned by a Hong Kong company, it still has the strong makings of a Japanese department store – with a structured department store layout and even greeters at every floor and the lift attendant ladies. There was a memorable moment where two of the attendants were in a lift, filled to capacity and when a shopper wanted to squeeze her way in, the lift attendant said “Sorry we’re full already” politely, only to receive a snide “Why are there TWO of you in there??” back. 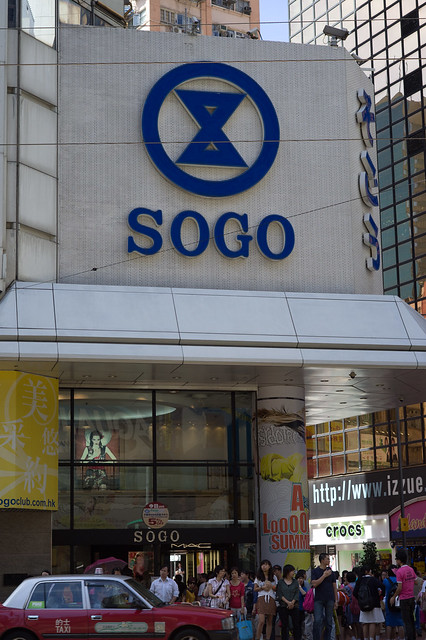 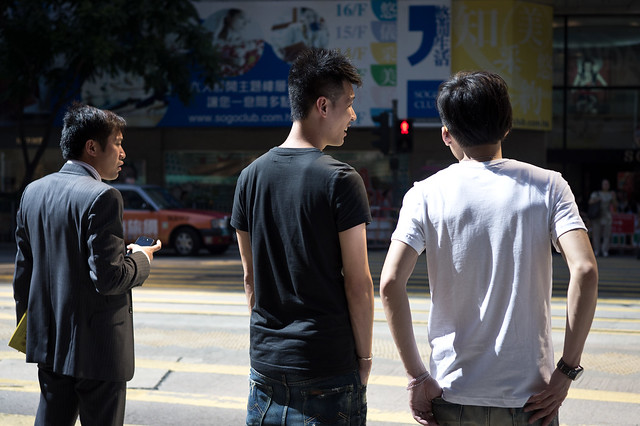 Found at SOGO Causeway Bay is one of the only two Kura Chika boutiques in Hong Kong. Kura Chika deals with items from PORTER TOKYO and YOSHIDA & CO. While the store does not have the full PORTER TOKYO collection, they do have the classic items and if you’re lucky, some obscure limited edition items.

Like I’ve told many people (and countless people have told me), if you want to get a PORTER bag, please only buy either a PORTER TOKYO or HEAD PORTER product. Stay away from PORTER INTERNATIONAL (based in Taiwan). While the designs may look similar (to some), the INTERNATIONAL label is not directly related to the Japanese company and most importantly, those items are not Made in Japan. There is an exciting tale about how this Taiwanese company came about, which I will save for another entry – or you can ask me for a short version in person.

Edit: Since I’ve received many emails about this, I’ll just post it here:

I’ve been told by streetwear and bag aficionados that Porter International (Taiwan) started off as a knock-off brand, copying designs of PORTER TOKYO/JAPAN and HEAD PORTER. Instead battling through copyright lawsuits, both Porter International and YOSHIDA & CO. came to a settlement. They now work in a partnership and the Taiwan brand now produces their own designs and collections, though some of them share the same look as the Japan variant.

Under the partnership, Porter International also operates KURA CHIKA, a chain of stores that sells Porter Japan items outside of Japan.

After spending some time here, my Dad finally decided on a nice PORTER canvas shoulder sling. We then traveled back to the hotel and took a short rest. We then decided to head to another mall which we’ve never been to, called ELEMENTS. 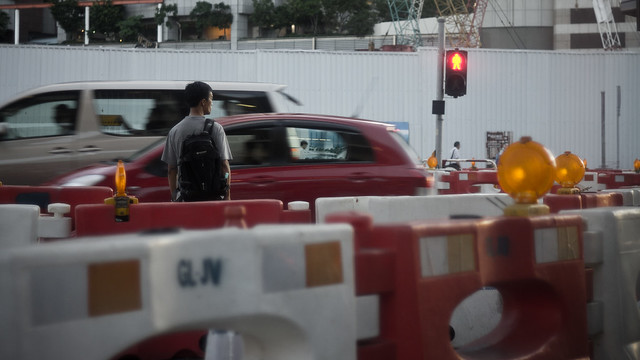 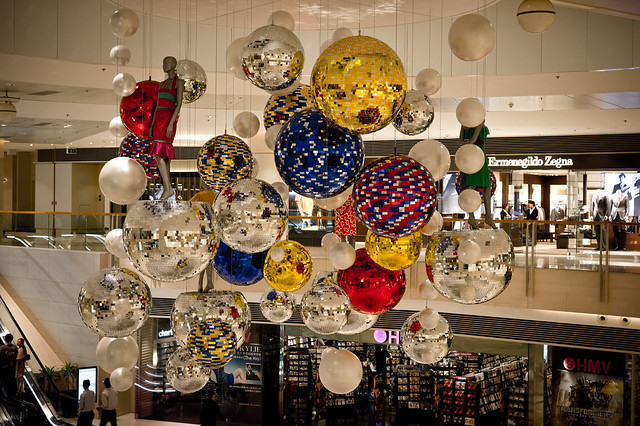 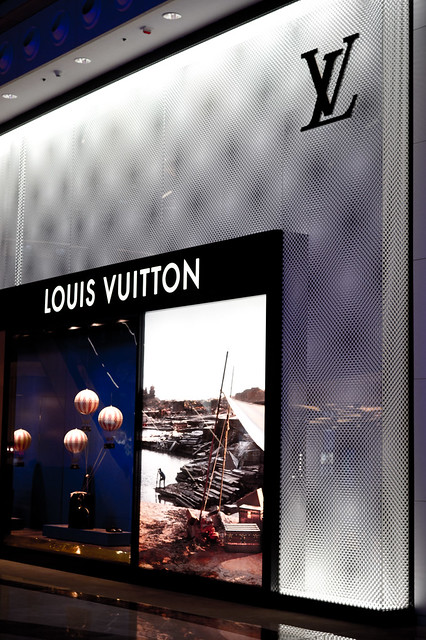 Surrounded by major road works and urban redevelopment, ELEMENTS is perhaps, a diamond in the rough. Like other similar malls in Tsim Sha Tsui, it is clearly aimed for the Upper-Middle class in Hong Kong. The mall is uniquely structured into 5 zones, themed after the Chinese elements of nature: Water, Fire, Wood, Earth and Metal. While each zone has a specific “subject area”, i.e. Wood zone for health, well-being stores, there are some minor inconsistencies. The Metal (or more accurately, GOLD) zone however, is strongly focused for an ensemble of the most coveted luxury brands. It feels like the Middle section of Marina Bay Sands Shoppes. 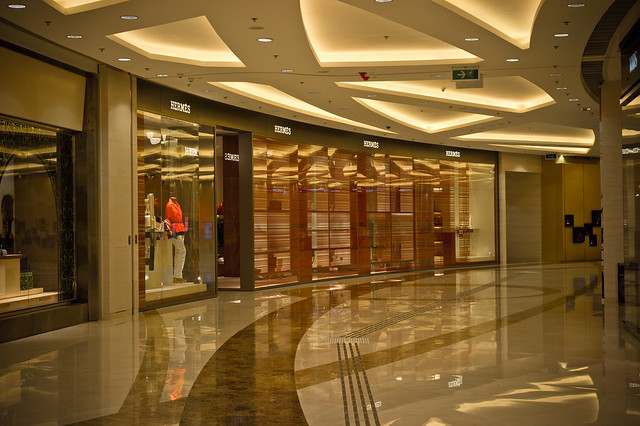 Unlike the highly illustrious lane in Canton Road where stores have to temporarily close at times to accommodate their patrons, ELEMENTS was quite deserted and could offer a safe haven for those who seek a tranquil shopping experience. At least you don’t have to wait for your own SA here. My sister finally found the bracelet she wanted. 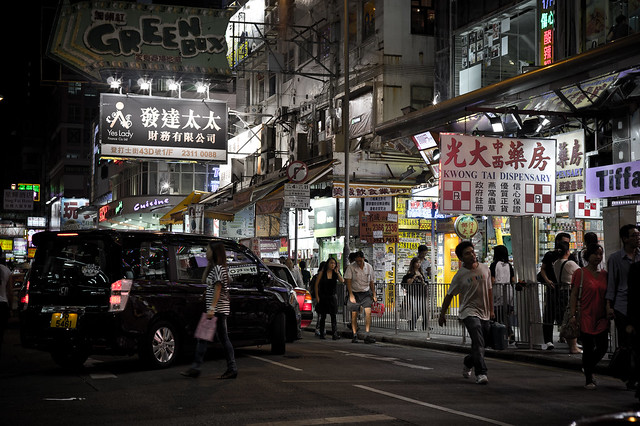 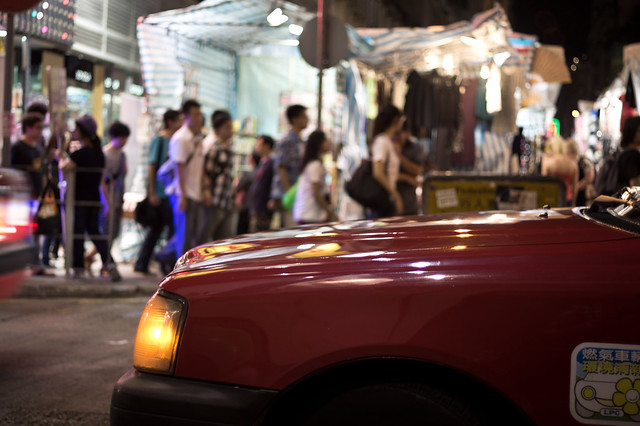 It was a very relaxing experience to walk around ELEMENTS and soak in the intoxicating aroma of European leather goods, but we decided to travel back to the drastically different streets of Mong Kok. This is where most of the shopping took place for the next few days – major bargains to be found, even for items bought at retail, they’re usually 10-20% cheaper than Singapore!

There’s probably too many stores to list, but if you are looking for something and would like addresses or names, just let me know via comments or messaging. Of course, the famous Sino Centre, Langham Place and Argyle Centre are some of the must-go places for clothes and other knicks-and-knacks.

Mong Kok is also where Hong Kong’s iconic night markets happen. There are several streets, each (supposedly) catered to certain groups of people (Ladies’ Market, Temple Street’s Men’s Market etc) but over the years it has become “everything” night market. 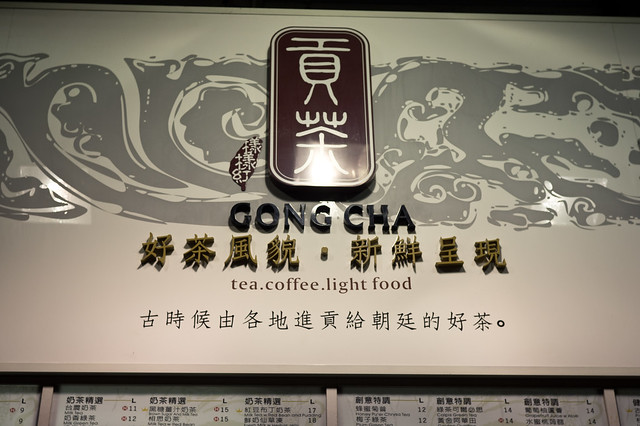 The adventure continues in the next entry!

All photographs were snapped using my NEX-5 with a rather old LEICA Summicron-C 40mm f/2.

Transformers: a look at the concept art
Trip to Hong Kong 2011 – Day 2