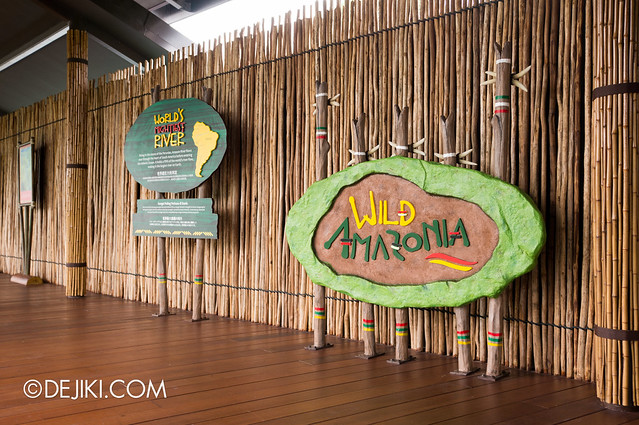 It’s been a while, but now we’re back with more River Safari photos! 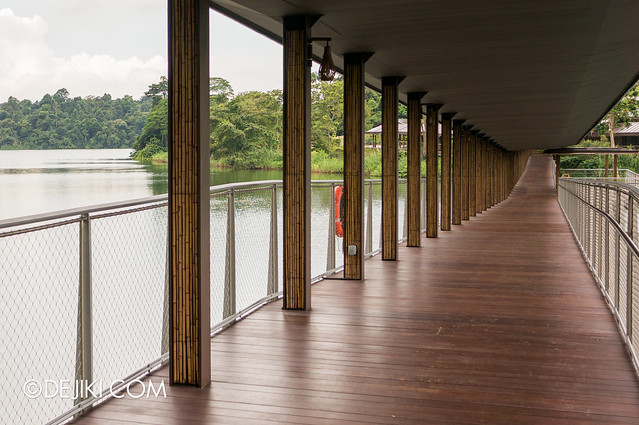 After stepping out from the Giant Panda Forest, a bridge across the park’s “pond” leads to the Wild Amazonia zone.

The path after the bridge splits into two. Heading left will lead to the Amazon Square. 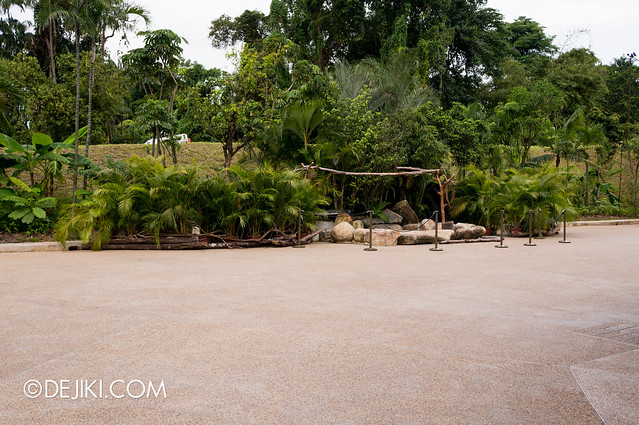 This is the venue for the park’s animal shows. It looks more like a makeshift venue, with just a few benches for seating. 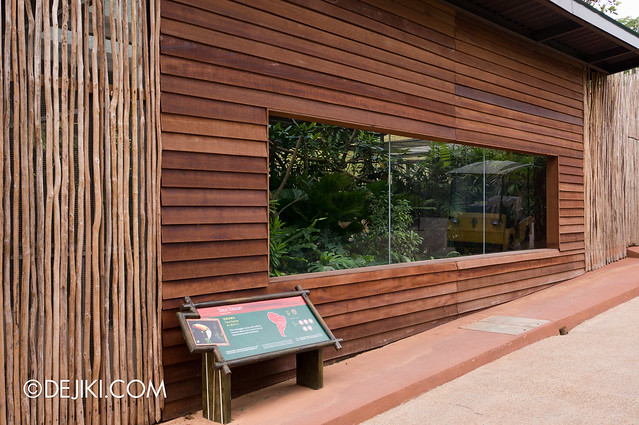 Further on: A path leading to Toucans. There are a few more exhibits further on, but they are not ready yet. 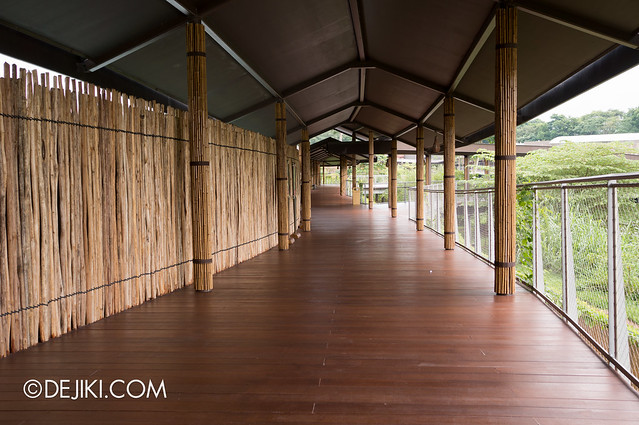 So let’s head back for now. 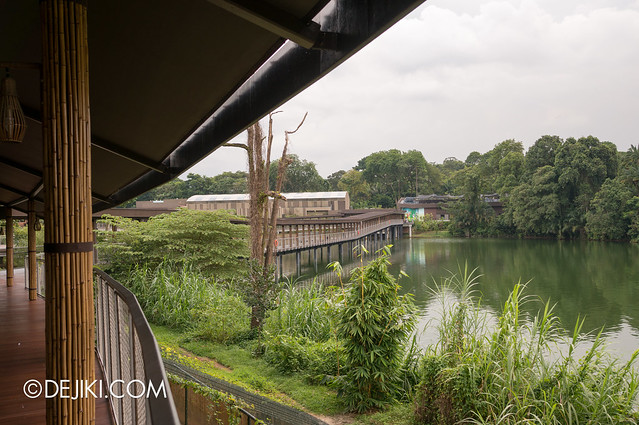 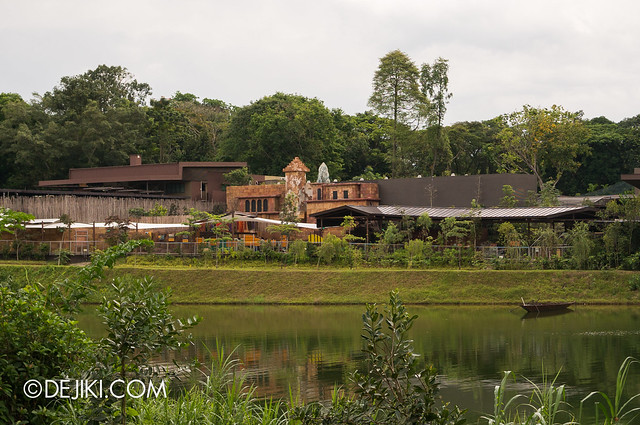 With most of the Wild Amazonia area still under construction, it is more apt to call it a viewing gallery. Pretty nice view of the opposite side of the park. 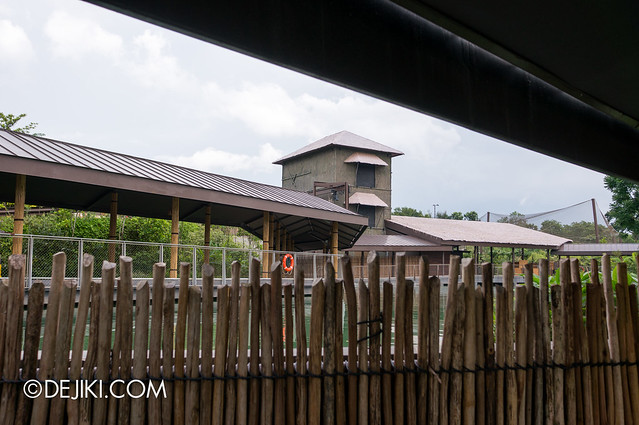 This is the concealed lift of the Amazon River Quest. Boats will enter this building after the loading platform (right side of the building) and raised to the elevated section of the river, so that the boats will float on the down the river. 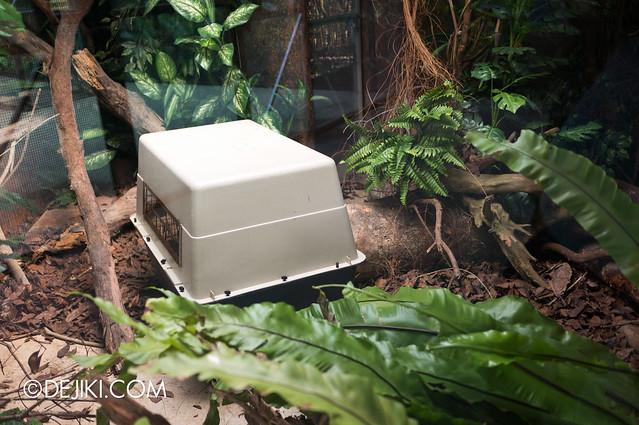 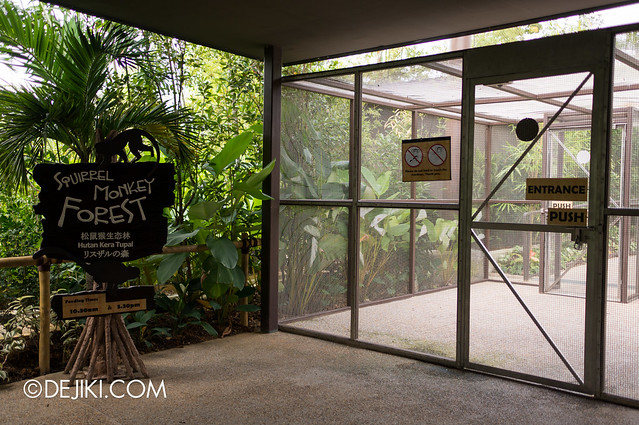 With the River Quest unavailable, the key attraction in the Wild Amazonia area would be the Squirrel Monkey Forest. 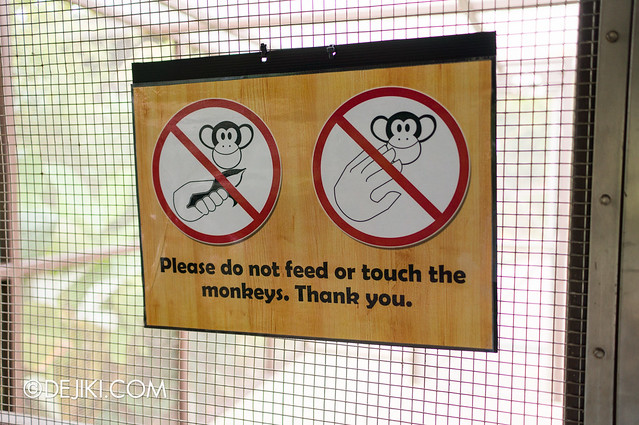 This is a “walk-in” enclosure, with no glass or nets between squirrel monkeys and visitors. 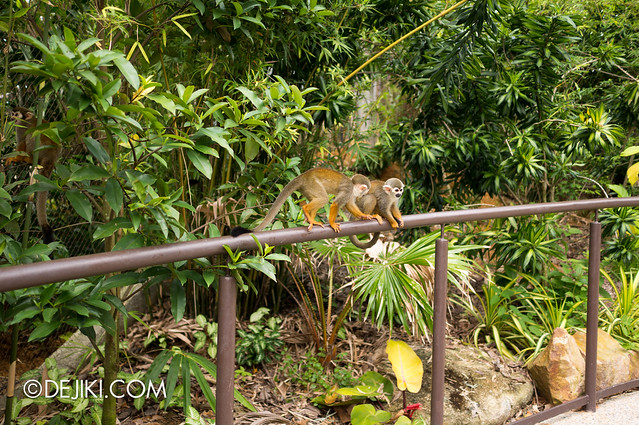 The squirrel monkeys are very small and agile. They also don’t appear to be shy. 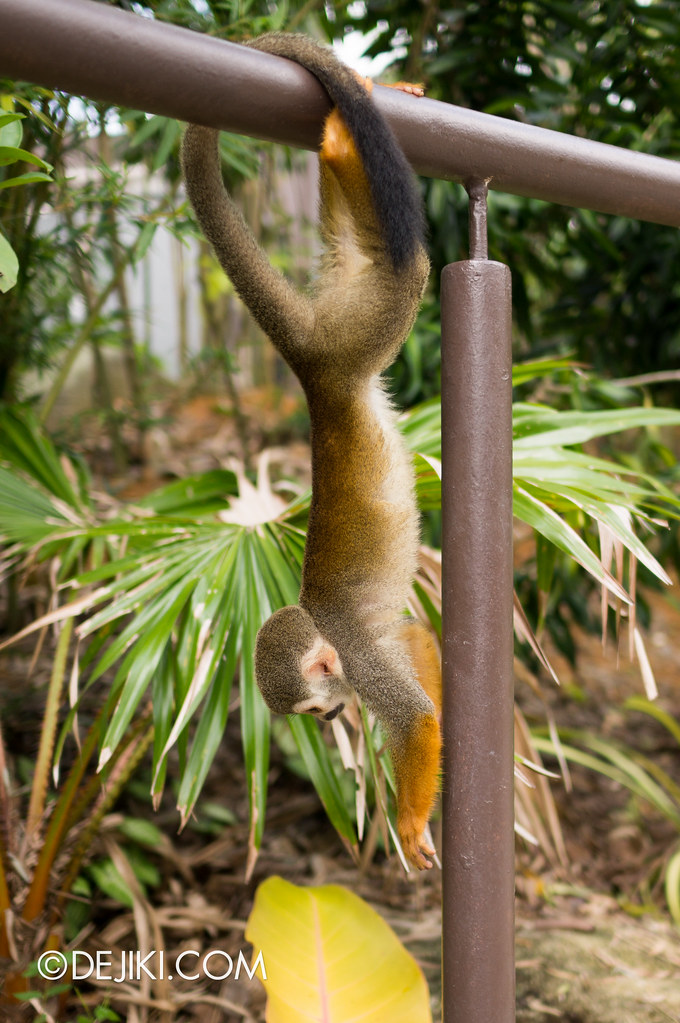 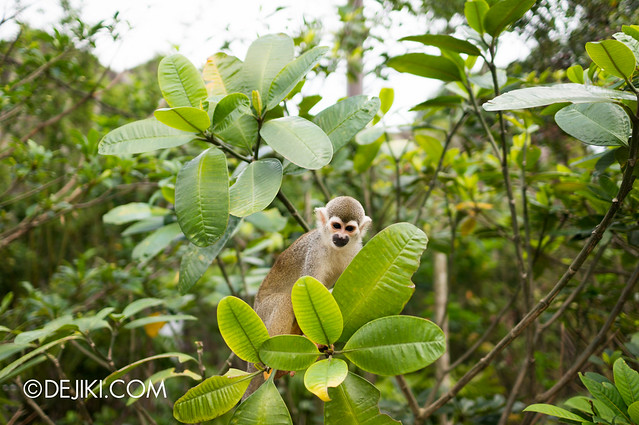 Some key things to remember: DO NOT feed or touch the monkeys. This area also has swarms of mosquitoes, so insect repellant will be handy. 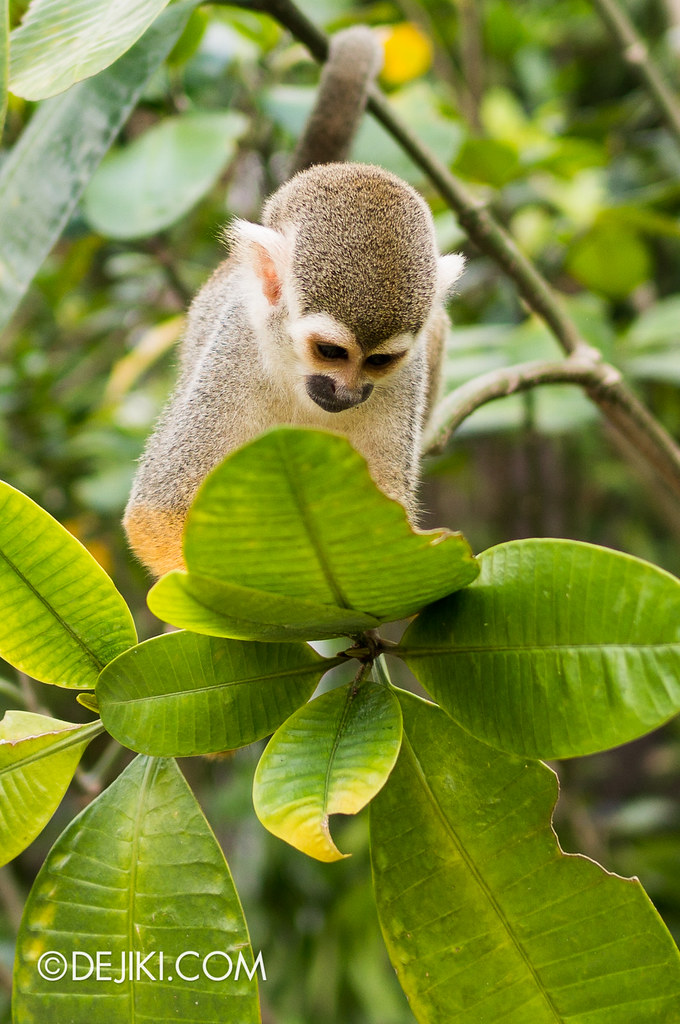 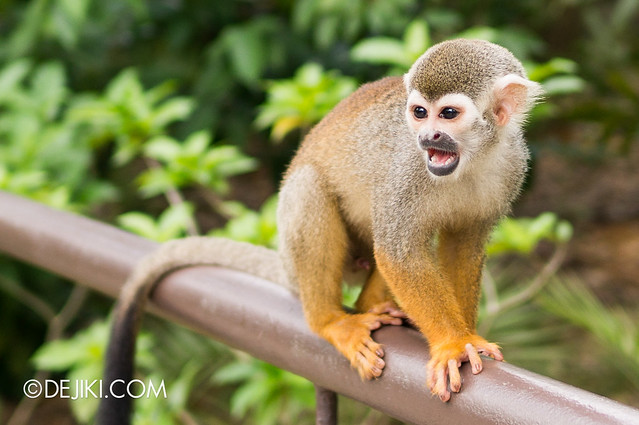 According to the park crew, the best time to visit this exhibit would be during a cool, cloudy day – the monkeys will be out and about. Too hot and they will hide in the shaded corners.

There are at least two feeding sessions at the squirrel monkey forest, so keep a look out for the feeding times around the River Safari entrance. 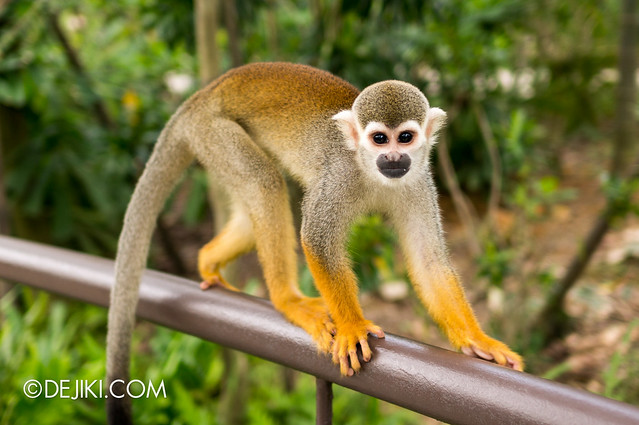 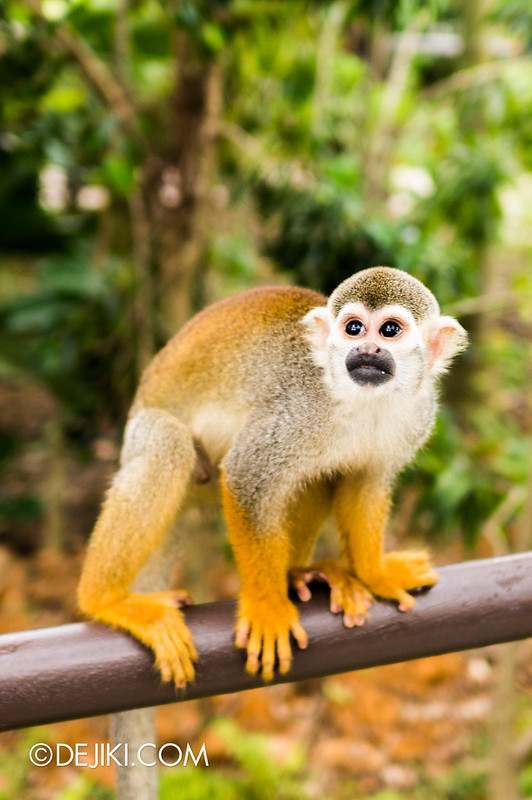 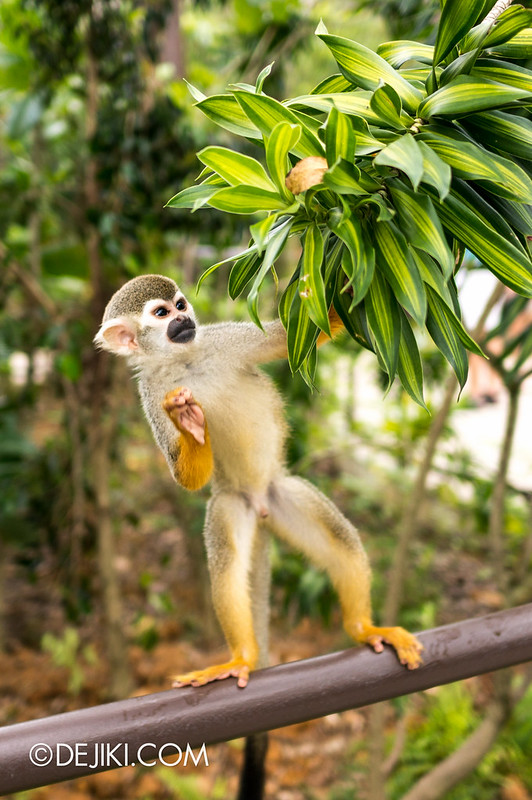 In the next and last entry, we will tour the Amazon Flooded Forest. 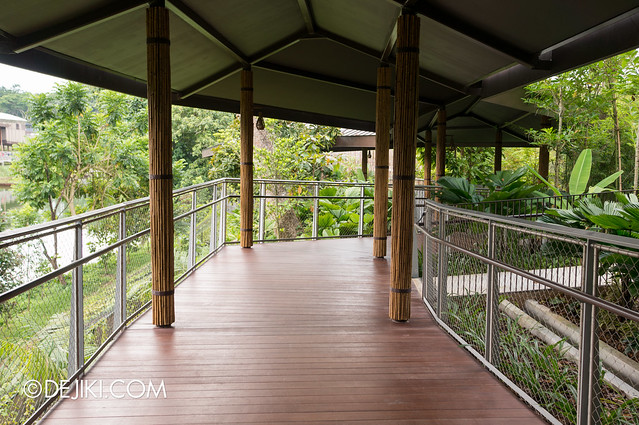