It’s been a while since the last photo update on Hollywood Dreams Parade. Here are some new pictures of Universal Studios Singapore’s day-time parade. 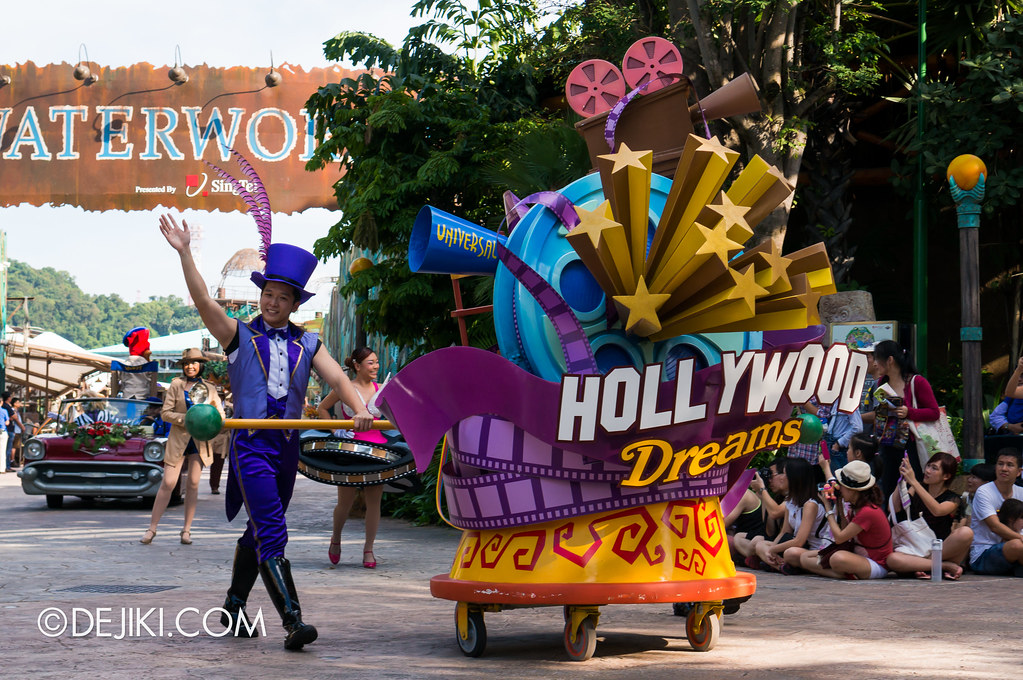 Hollywood Dreams Parade is Universal Studios Singapore’s day-time parade that debuted on 31st December 2011. Featuring 14 mini floats and a cast of 100+ performers, Hollywood Dreams usually starts between 4:30pm to 6:30pm* on weekends and select public holidays. This show starts from The Lost World (Waterworld entrance) and goes around half of the park, through Ancient Egypt, Sci-Fi City and New York. 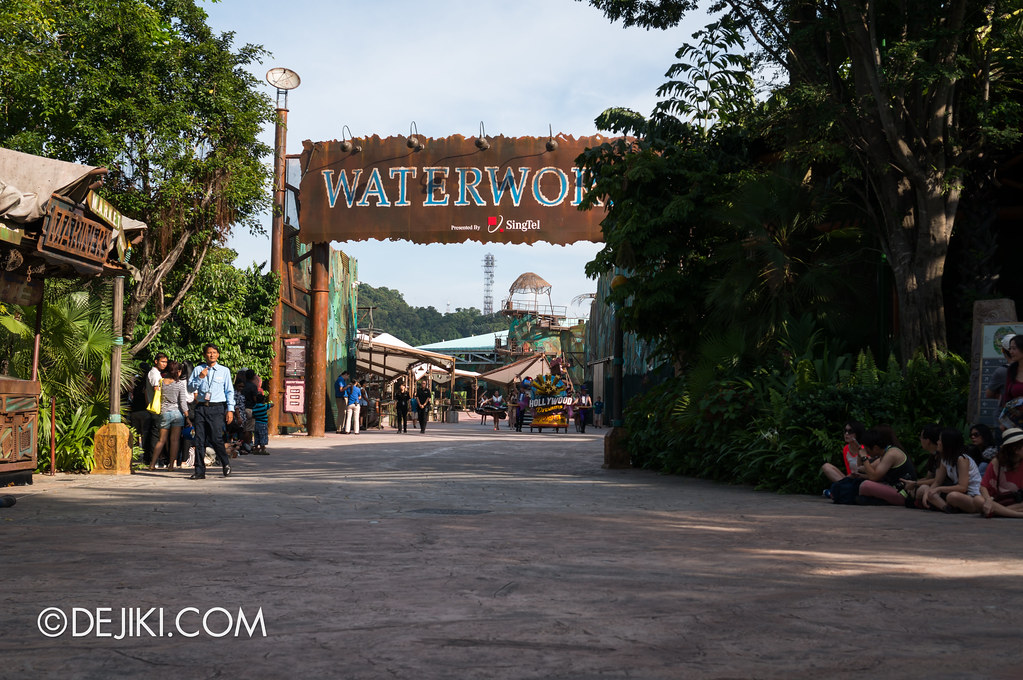 These photos are taken at the area between The Lost World and Far Far Away. There are many advantages of watching the parade here. The flooring is mostly flat and there are no ropes placed at the first turn. Hence, there is much more space to stand or sit. After the parade has ended, it is easy to exit the park by walking through Far Far Away and Madagascar. It is also possible to catch the parade again at New York, after the entire parade has passed through The Lost World. 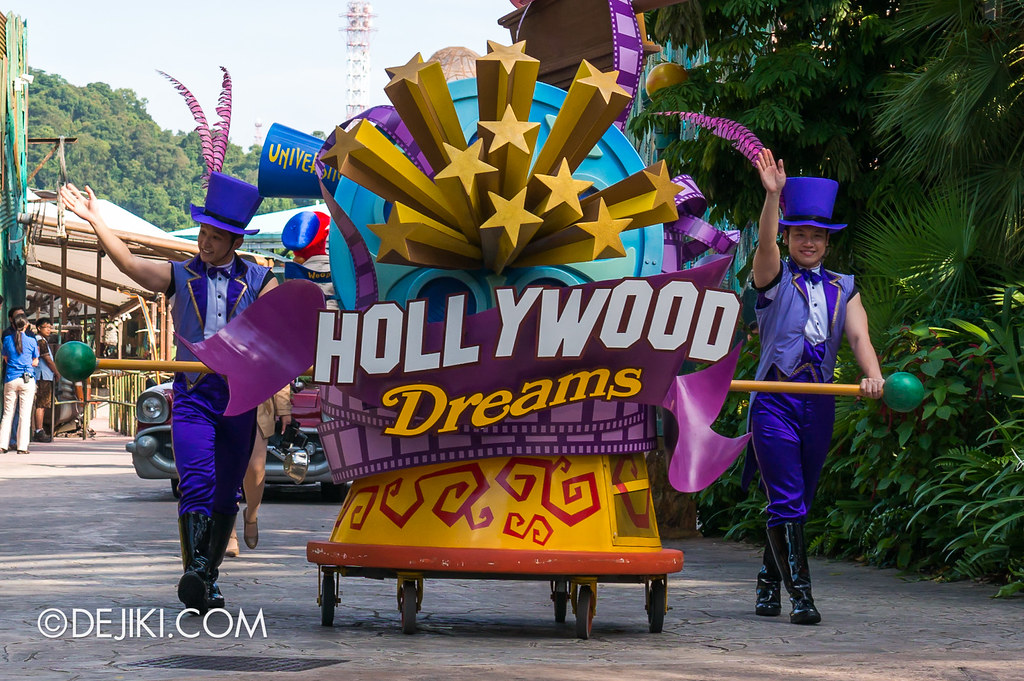 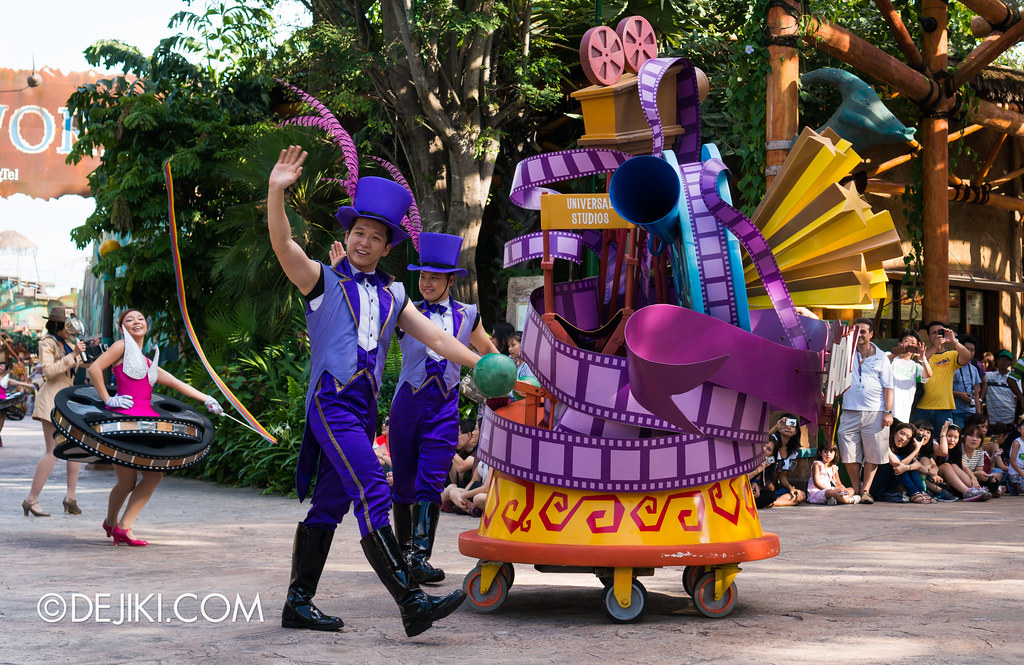 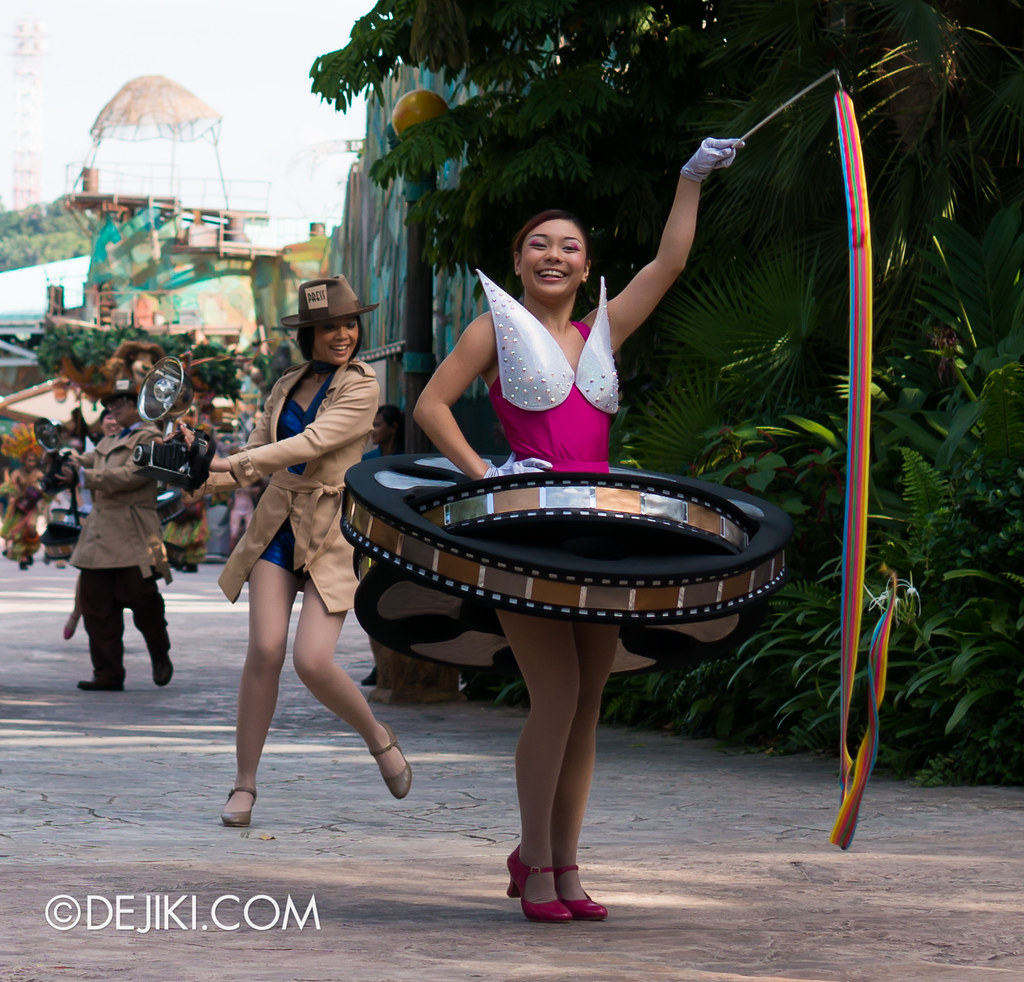 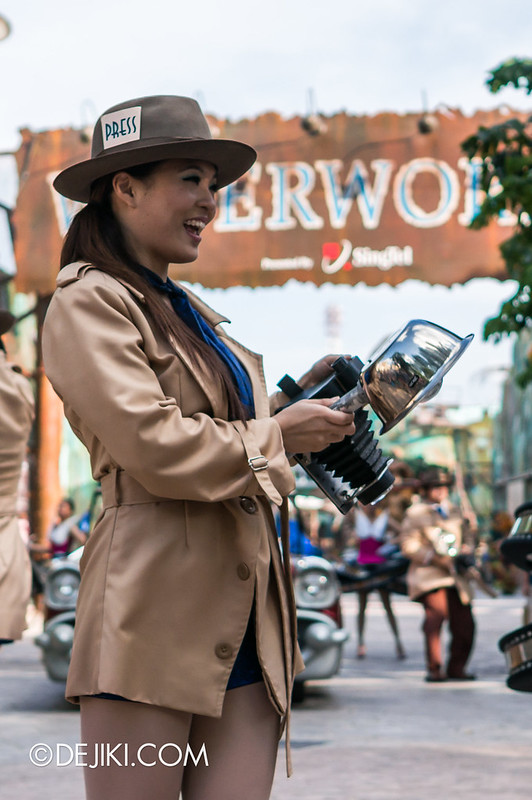 The parade still feels the same, with no major changes since early 2012. It’s nice that there is still a strong cast of performers – kept around the same numbers as the debut show.

From time to time some portions of the parade may not be performed or have missing performers, due to unforeseen issues i.e. technical breakdown. 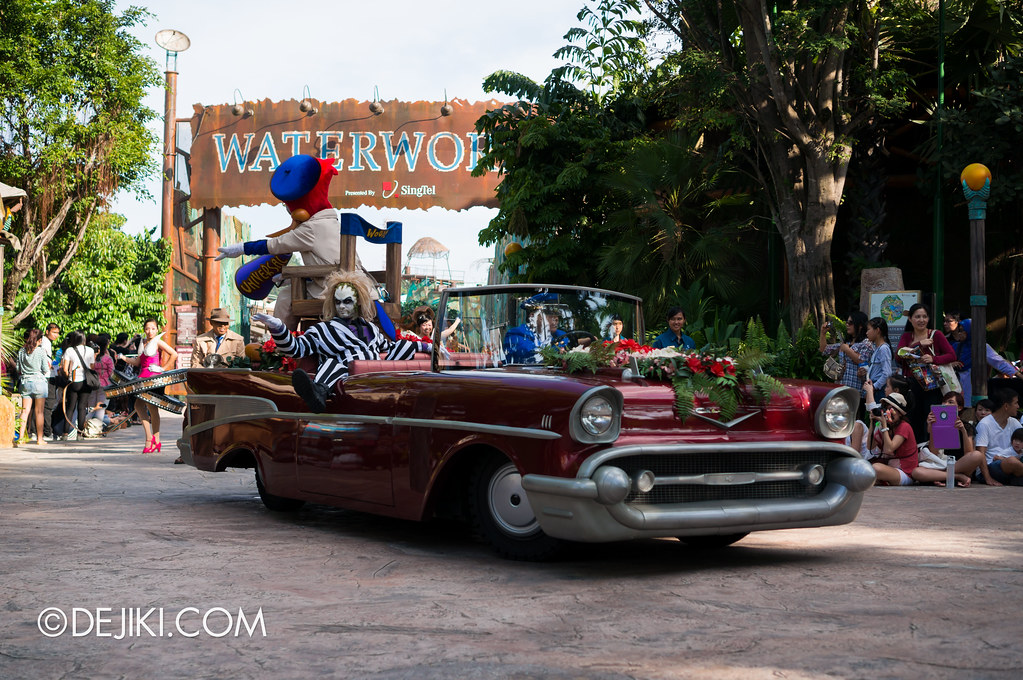 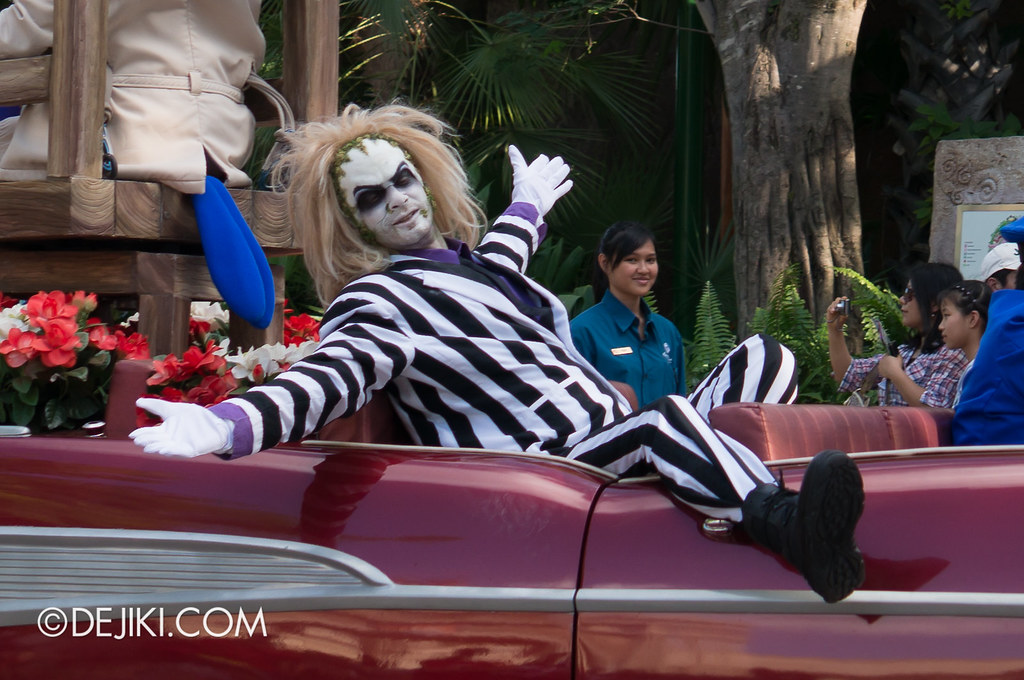 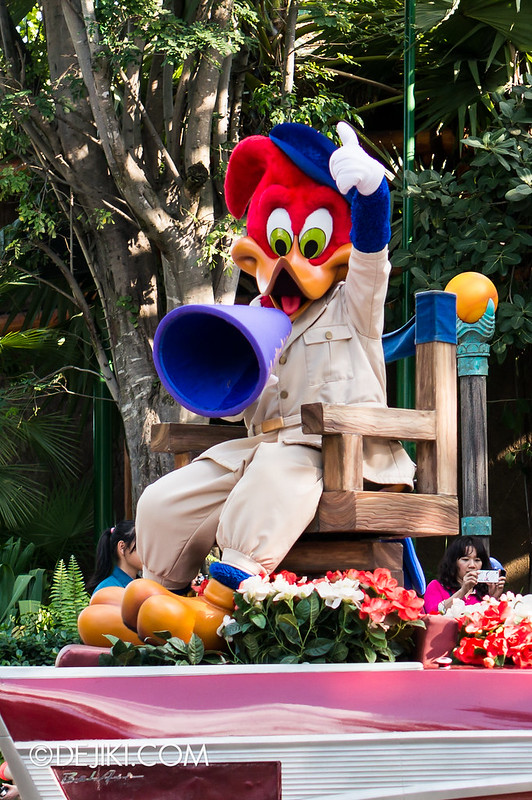 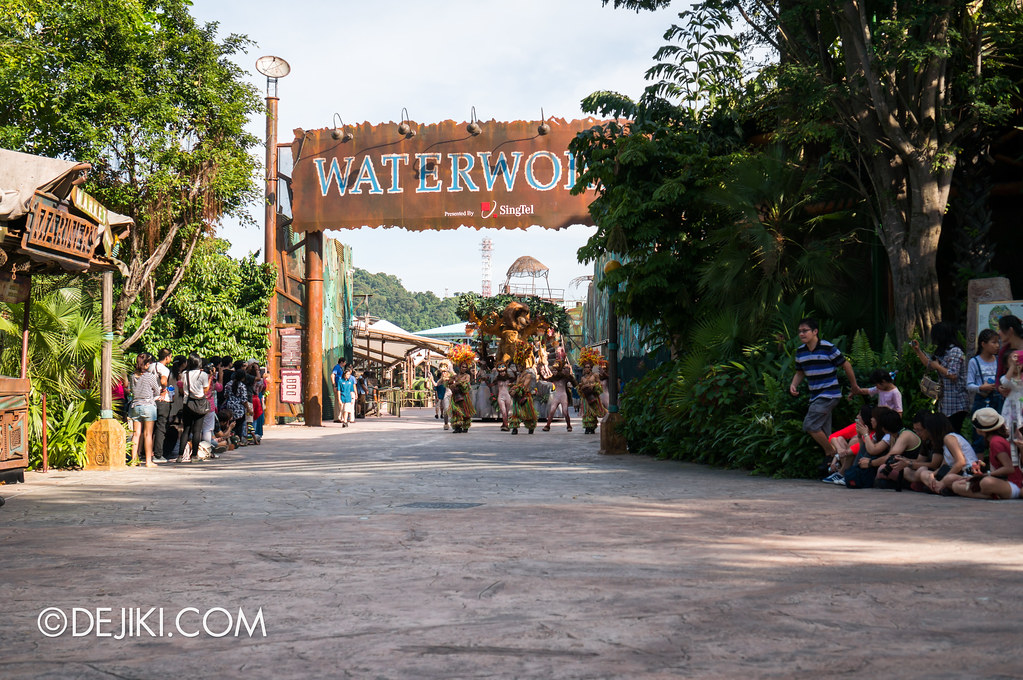 Pacing is still an issue for the parade even in 2013, with the “Hollywood” and Madagascar segments still having a long delay in between. 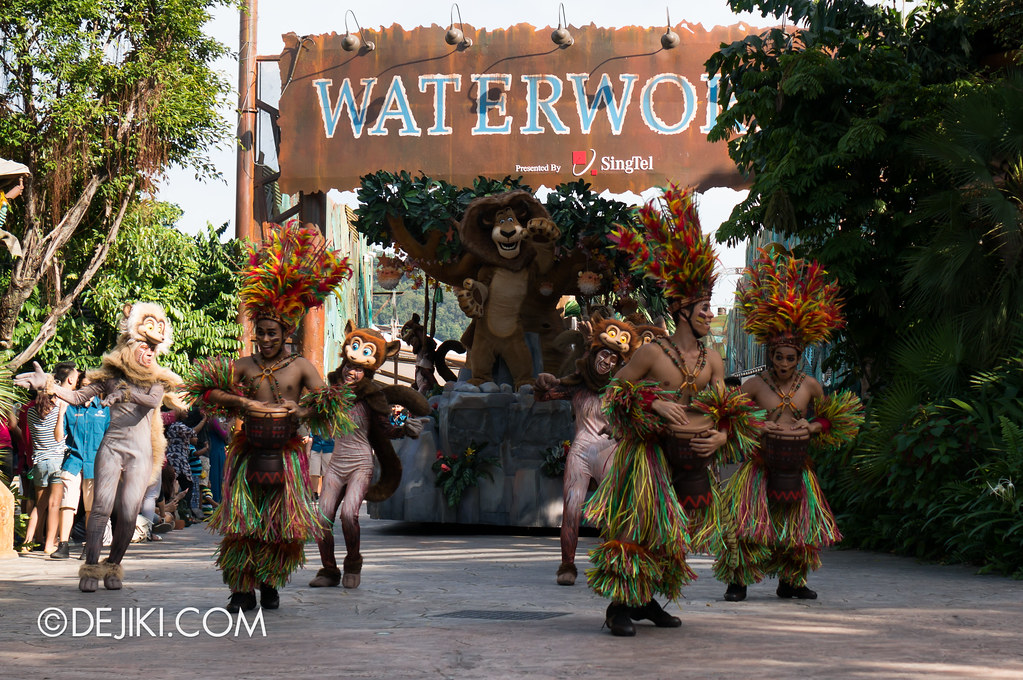 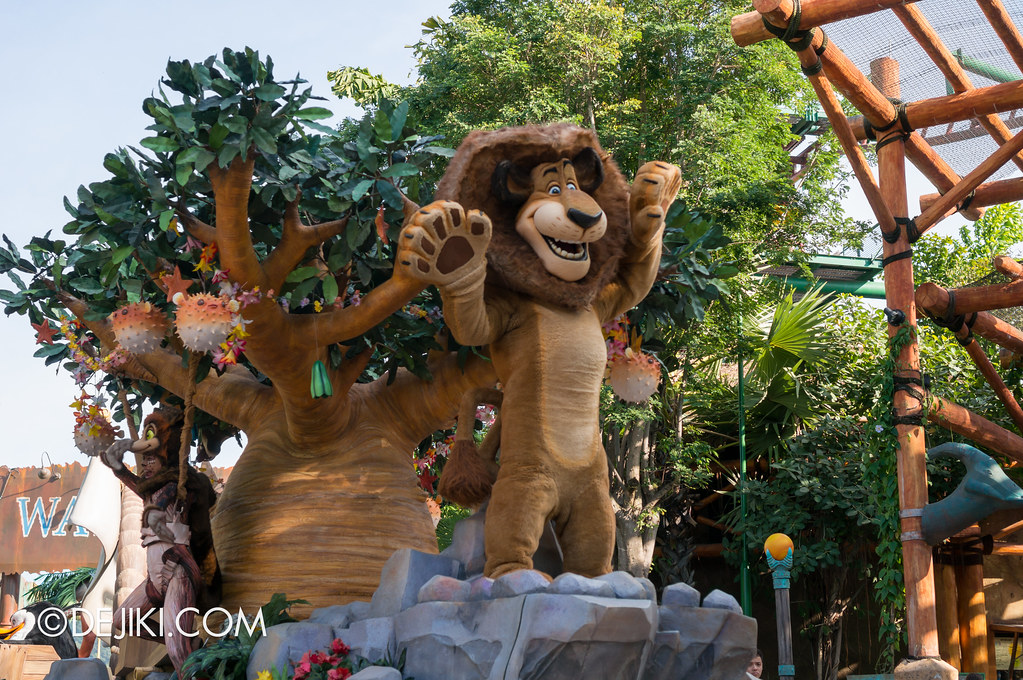 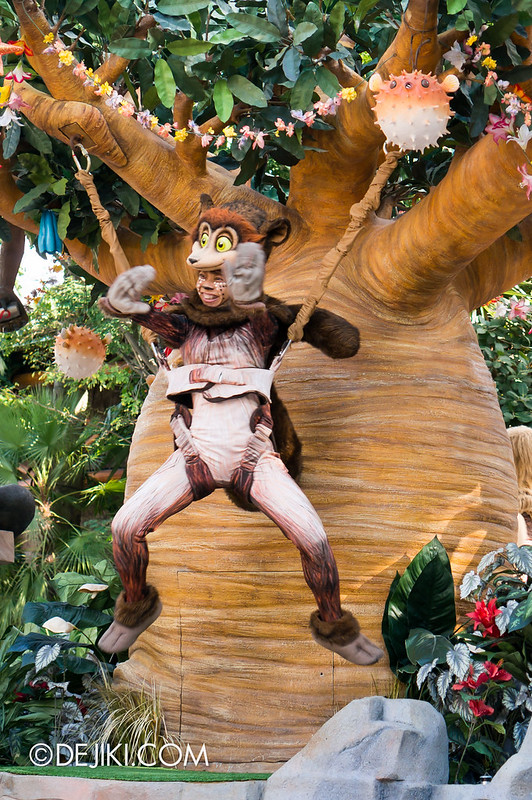 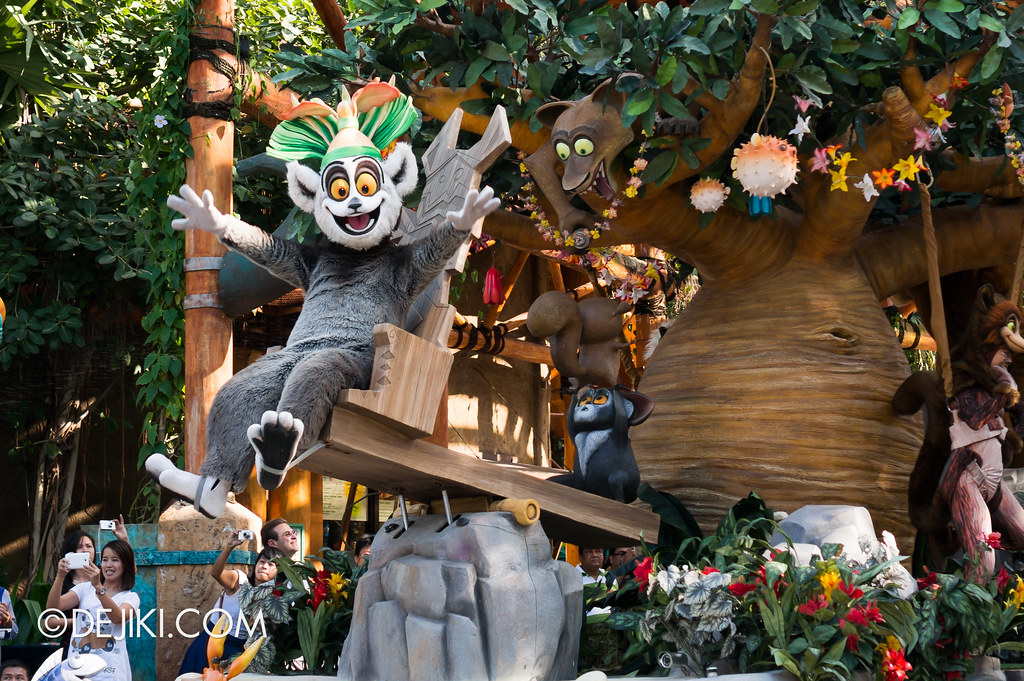 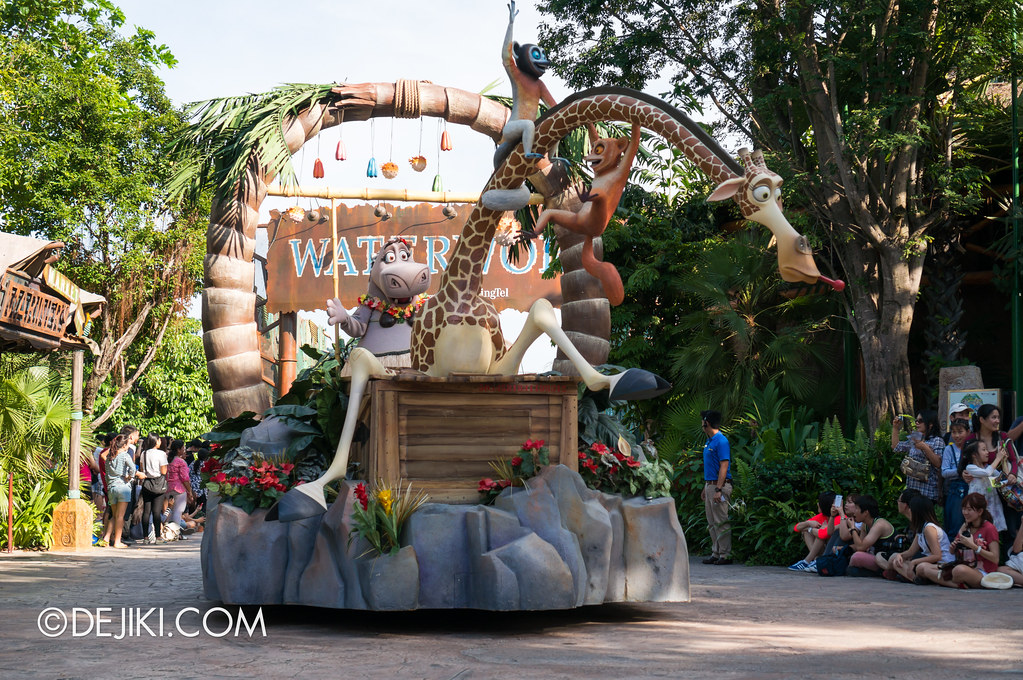 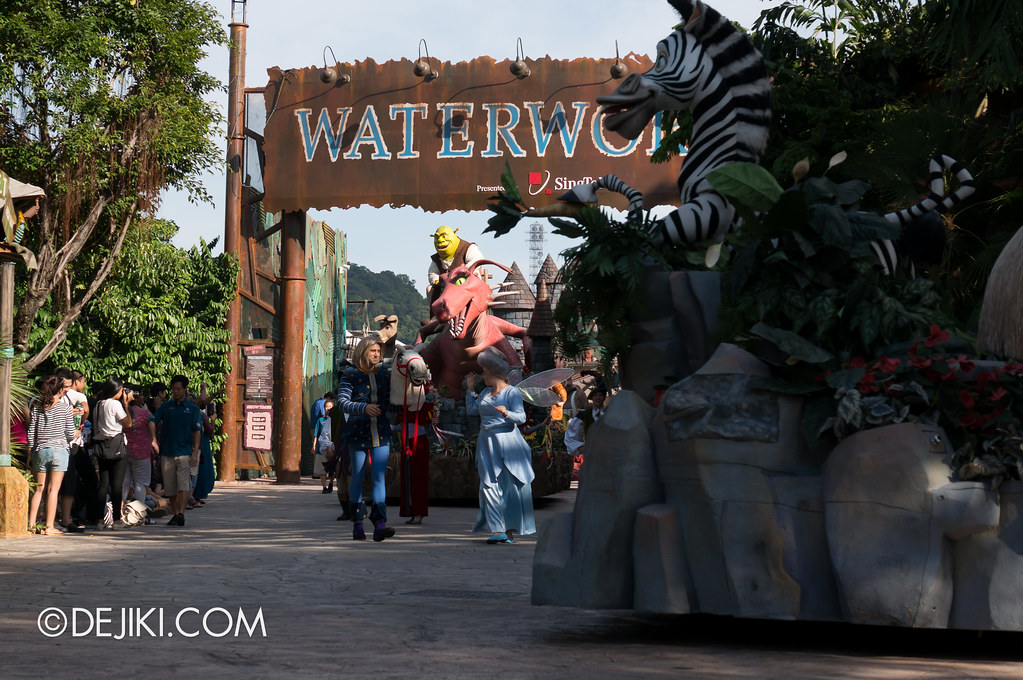 The gap between Madagascar and Far Far Away segments is better (with the addition of Prince Charming and Fairy Godmother early last year). 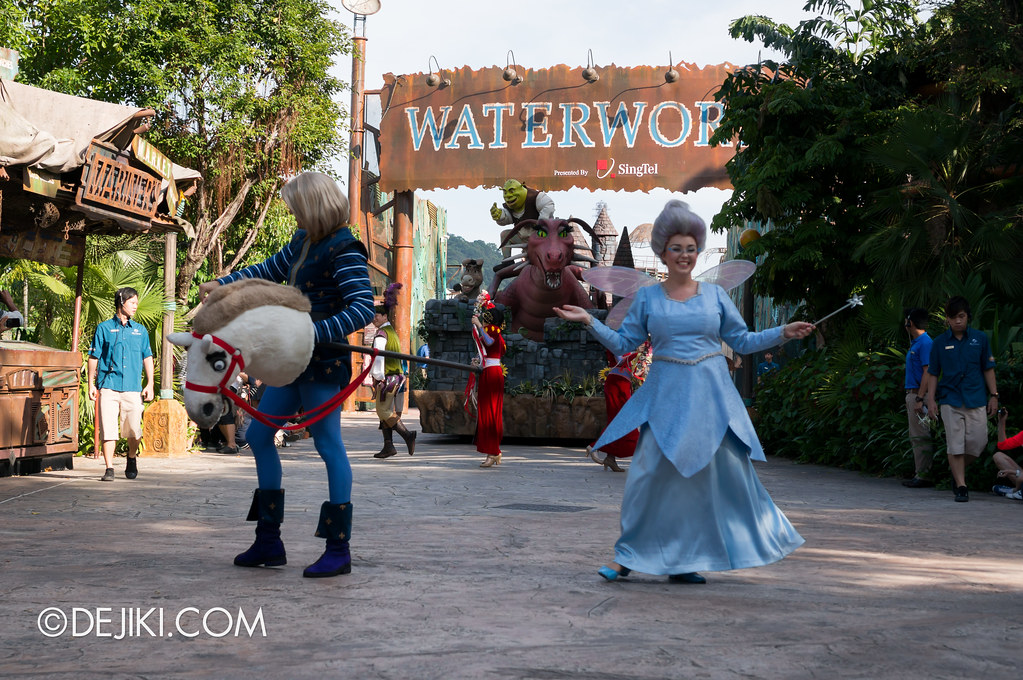 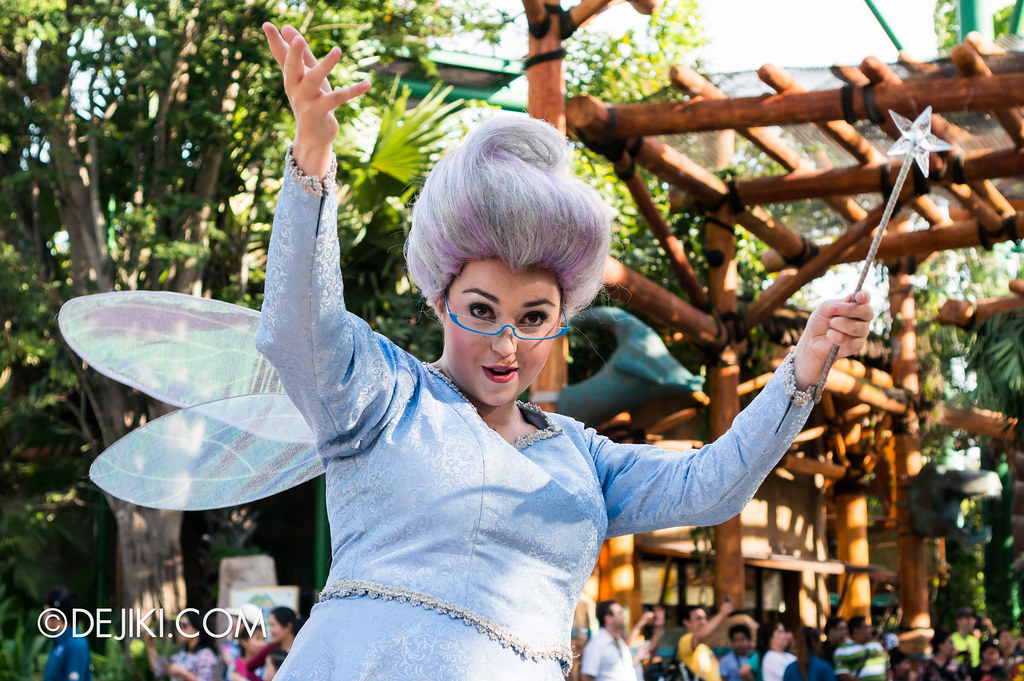 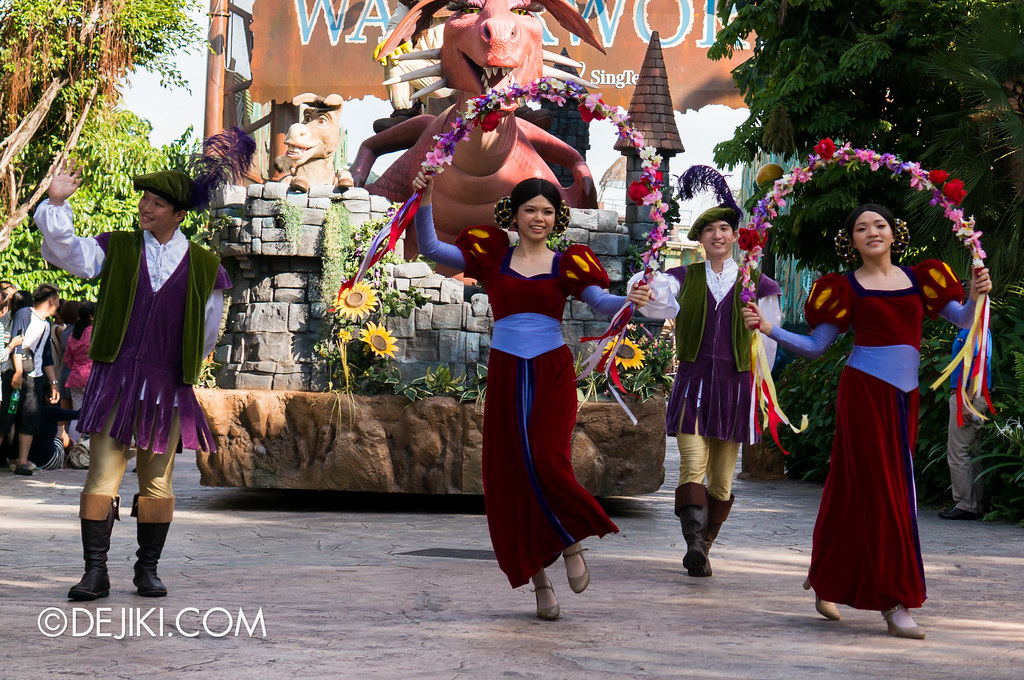 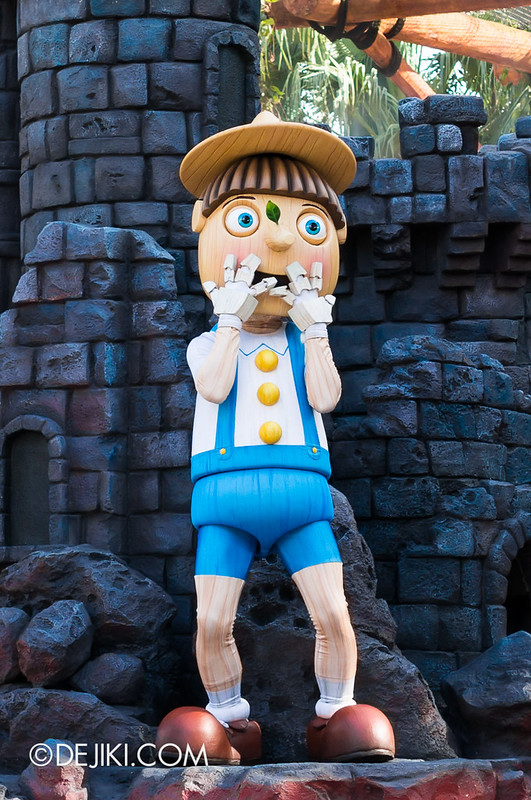 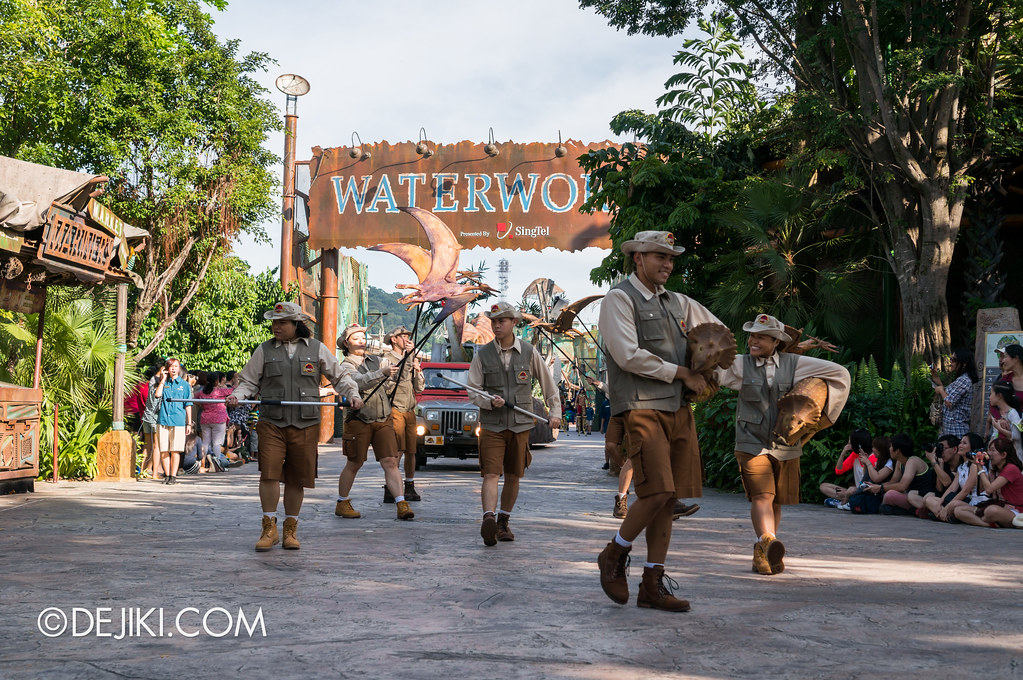 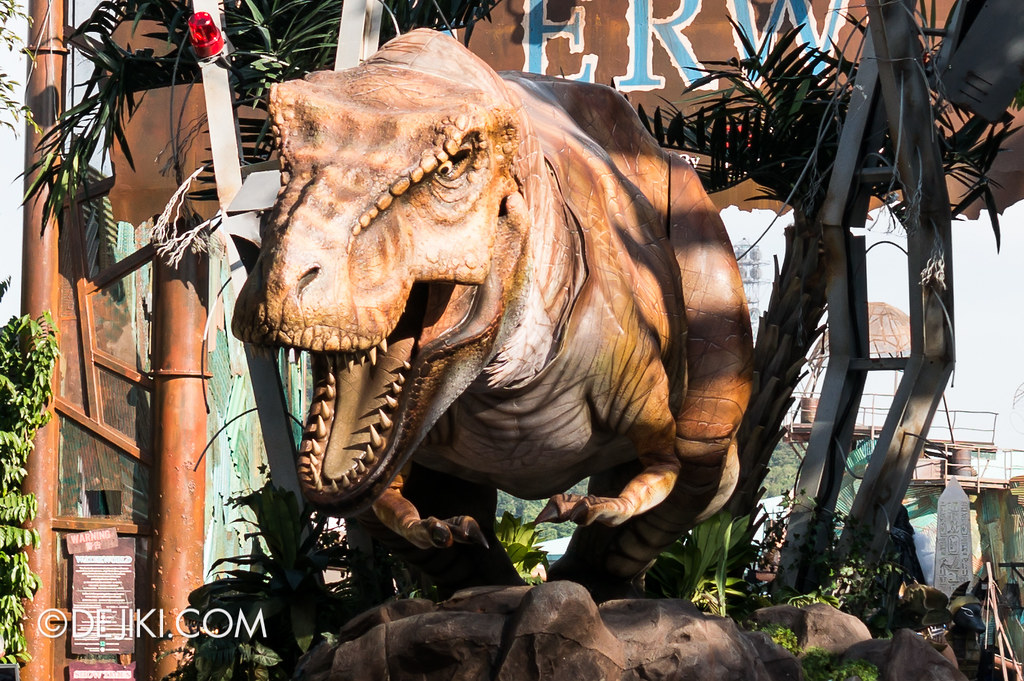 While the parade’s impressive sights are still effective (such as the lunging T-Rex puppet), the pacing of the parade fails to keep a rhythm of excitement. It is still quite slow (compared to the nearest competitor, taking about 12-15 minutes for the entire parade to pass at any viewing spot. 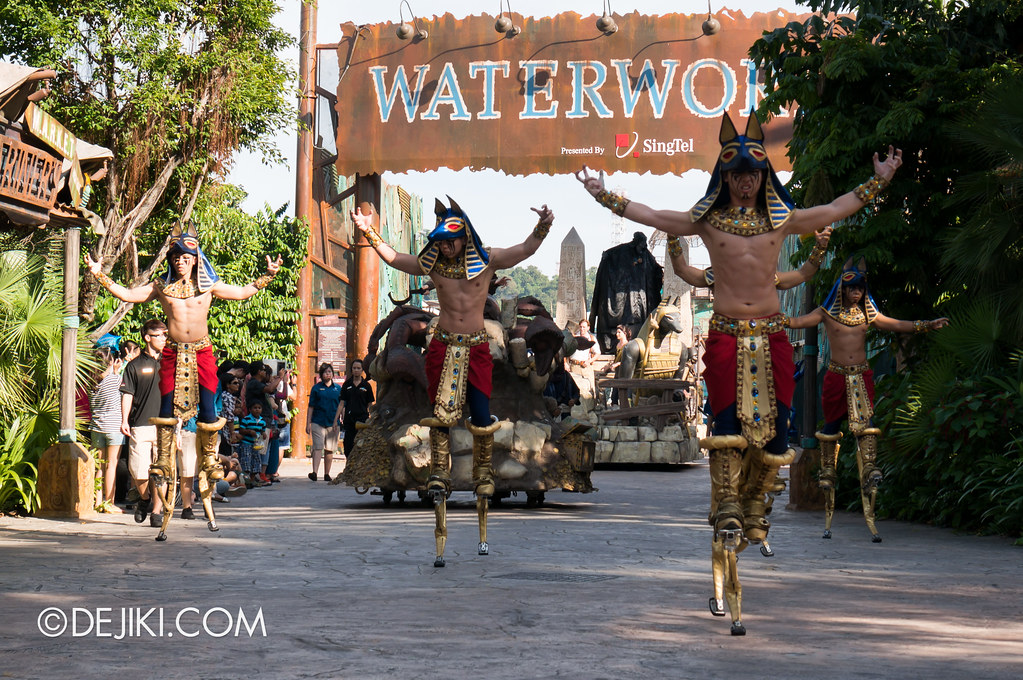 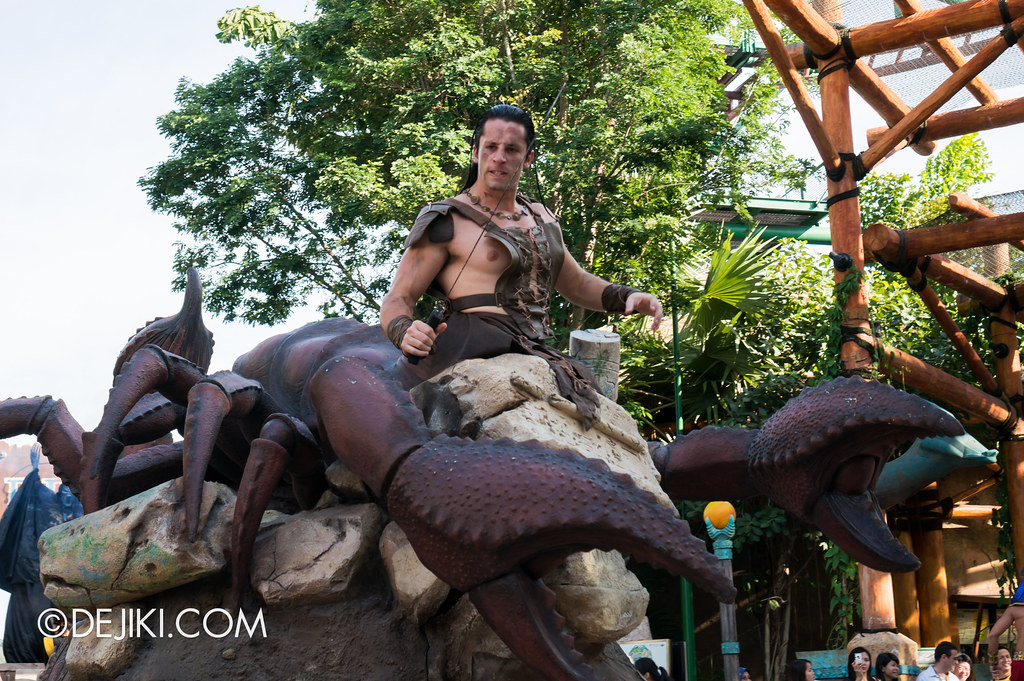 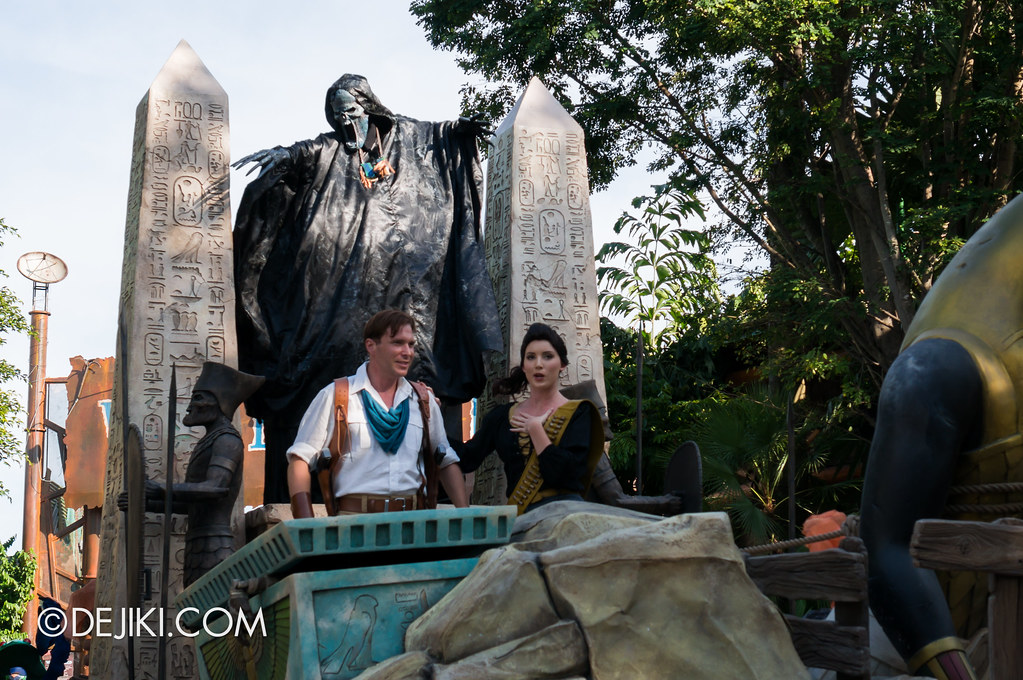 Despite the addition of Sesame Street and Transformers attractions at the park, there are no new segments for those franchises in the current Hollywood Dreams Parade. 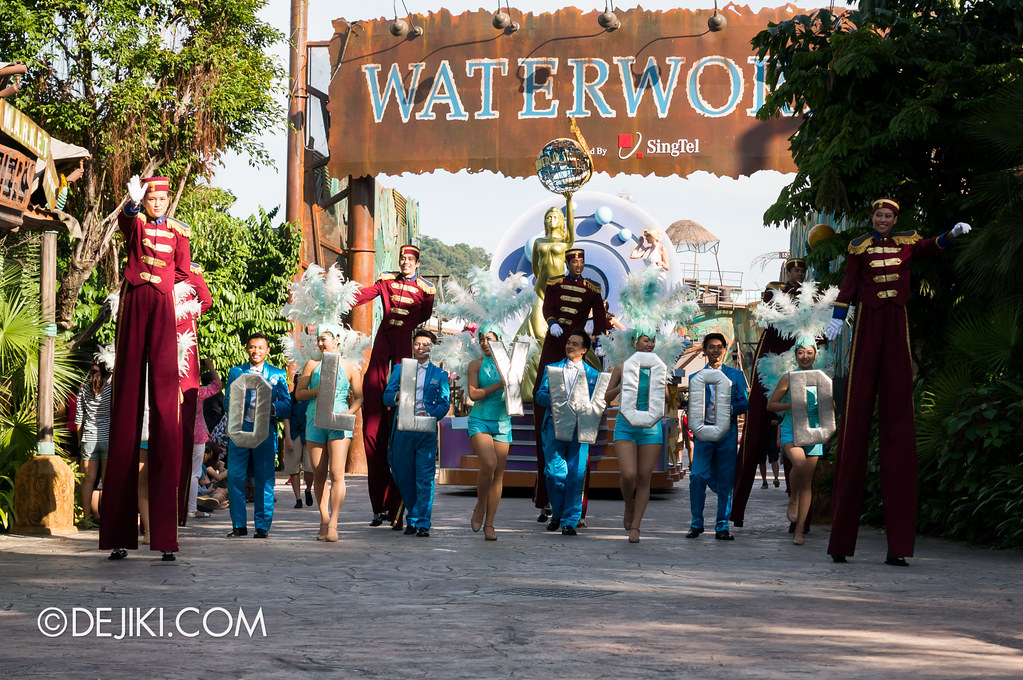 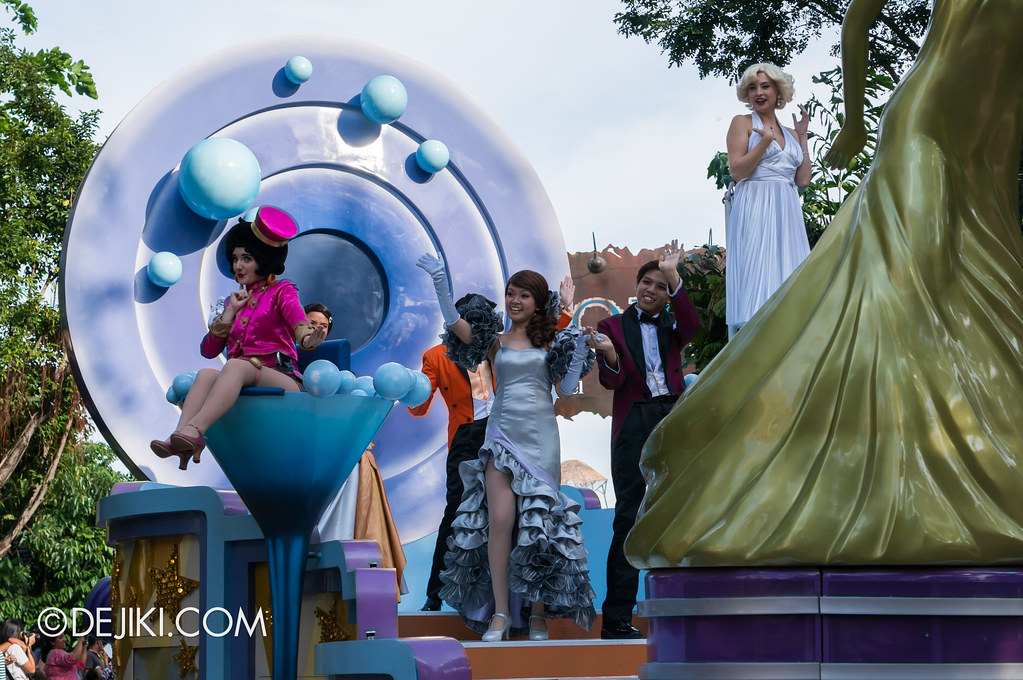 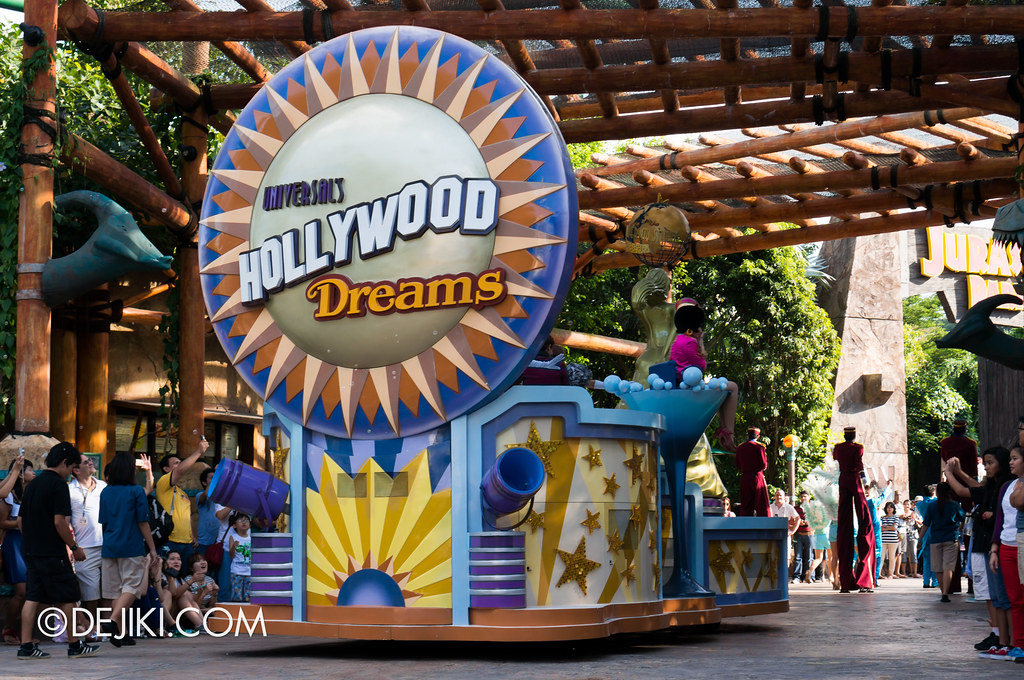 As the parade ends at The Lost World, you can stroll towards New York and watch it again. 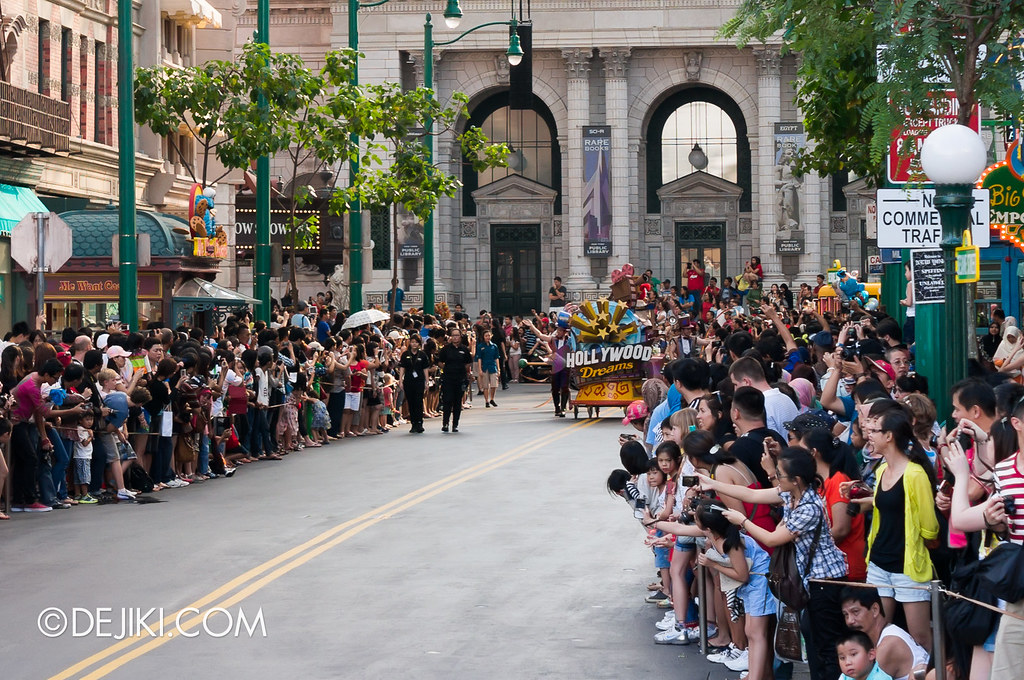 The parade’s soundtrack is still as problematic as before. It doesn’t sound properly sequenced, and most of the time the wrong segment is playing. The park’s sound system is used to play the main theme without vocals (seemingly on a loop). Other parts of the music (such as the main theme with vocals, or theme-specific music) are broadcasted from parade units itself, which is often drowned out by the louder instrumental version playing from the park’s speakers.

From what I’ve been told by the parade crew, the music is supposed to switch, but it’s either no implementation or poor implementation. It’s a shame – the parade floats, though small, are quite detailed and attractive.

Dejiki’s Note
I’ve had a rather crazy semester which meant the past few weeks were filled with just work, work and work at NUS. Having read mostly modules with no final examinations (but submissions every week) is a tricky scenario that kept me on my toes, but left little time and energy to write. I look forward enjoying the spoils in the coming weeks (or this weekend, actually).