By Dejiki on January 1, 2012 in Attractions, Photos, Theme Parks

Boogie Countdown 2012 was Universal Studios Singapore’s first large-scale countdown event. Guests could enjoy the park’s attractions and special entertainment throughout the night. Last year’s event was known as “Countdown 2011 Resorts World Sentosa” and had half the park’s attractions operating. It was a closed event for Resorts World Sentosa’s partners and clients.

Boogie Countdown 2012 was open to all guests who have purchased a day ticket for 31st December 2011, as well as Action Pass and Superstar Pass holders. Admission to the park after 6pm was also available as event tickets – although the price difference was not great and party-goers should have opted for the full day+night tickets instead. 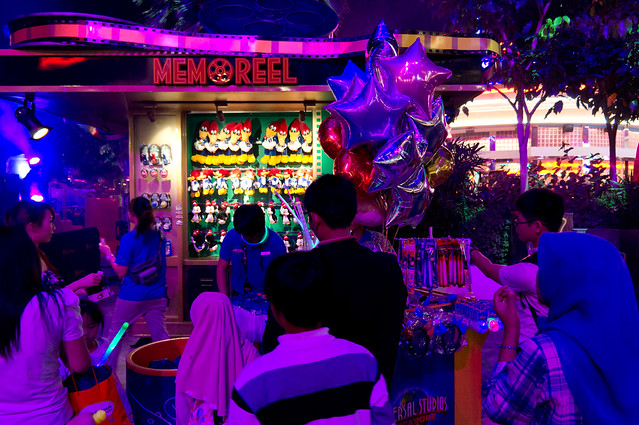 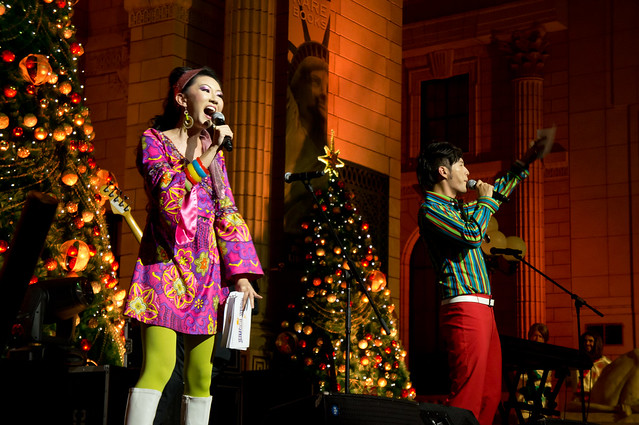 The energetic hosts for the night, who were dressed to groove.

There were three tribute bands performing classics by Abba, Bee Gees and The Beatles. 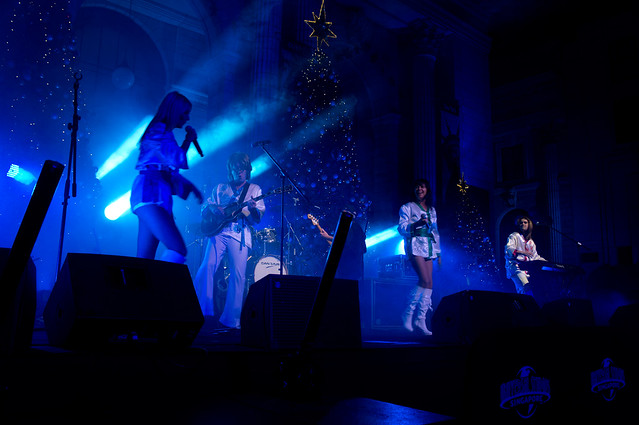 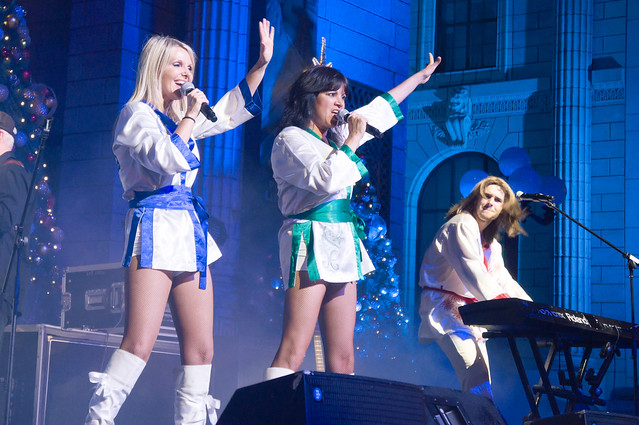 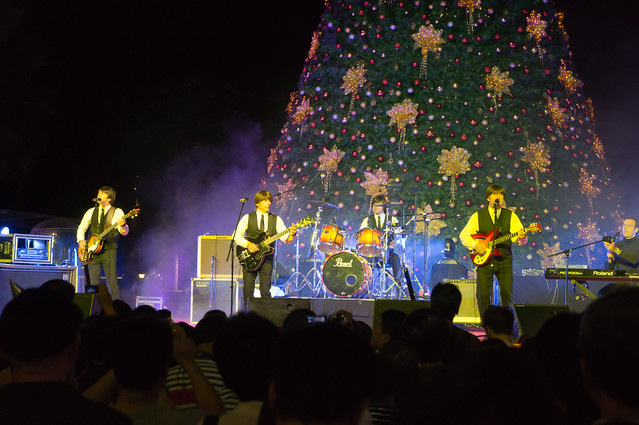 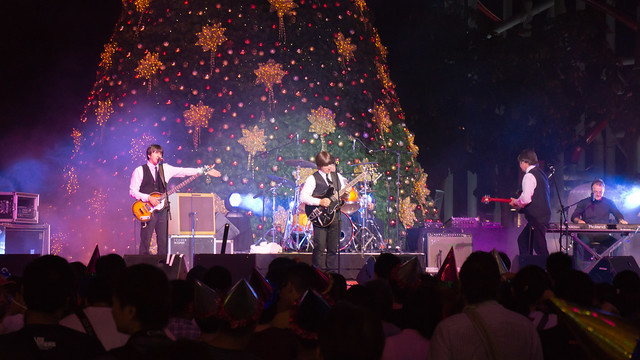 And over at Hollywood we have The FabFour – sharply dressed to resemble The Beatles!

It’s a nice idea to have classic hits playing compared to last year’s bands which most park guests were unfamiliar with and would just walk past the stage. As there were many catchy classics (from ’60s to ’90s), park guests of all ages enjoyed the performances of those hits from their younger days. 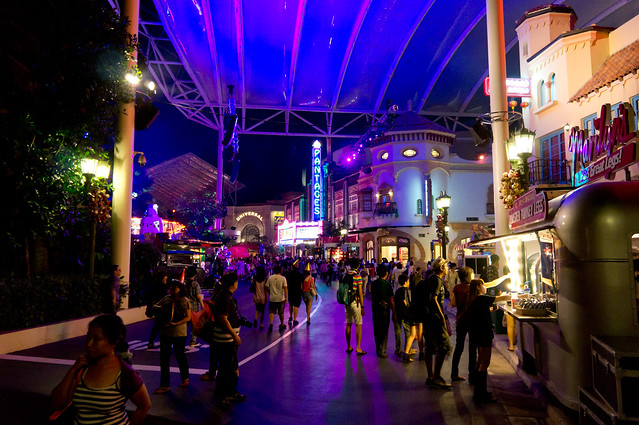 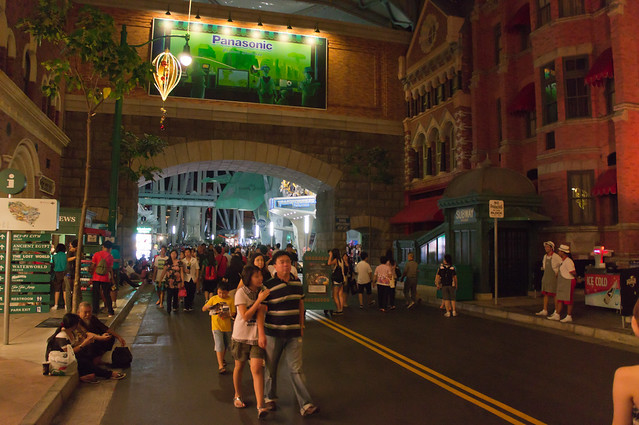 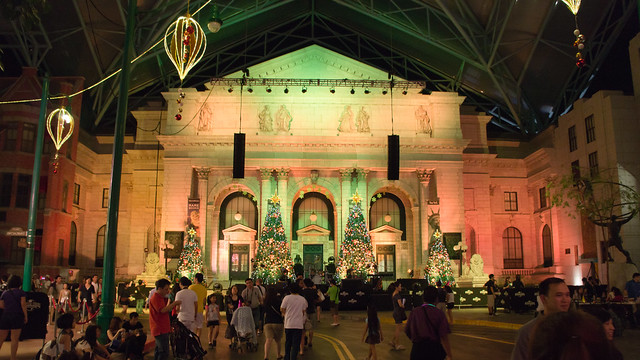 The park wasn’t especially crowded – queues for most rides were below 20 minutes, with the exception of Transformers (which was around 45 minutes). It appears that the bulk of guests from the day left in the evening and a smaller group of event ticket holders attended the countdown.

Many attractions were open until 12AM, with the exception of Battlestar Galactica: Human vs Cylon, Treasure Hunters, Enchanted Airways, King Julien’s Party-Go-Round. The entrances to those attractions were closed at 11:15PM. Transformers: The Ride was closed at around 11PM due to the fire alarm being triggered. It was a false alarm but guests were evacuated. 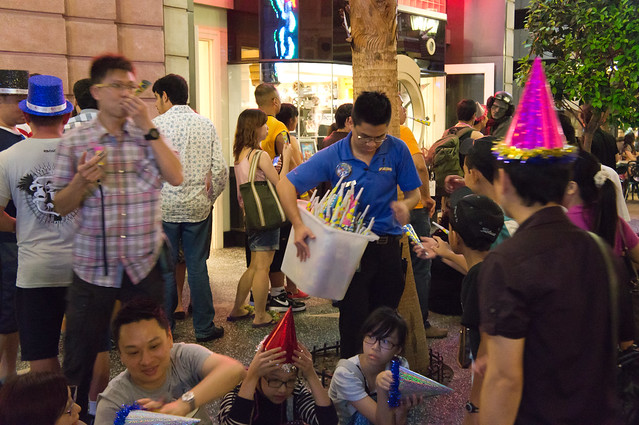 Over at Hollywood, the park crew started giving out party hats and noisemakers (which were supposed to be given to 5000 event ticket holders) to guests. 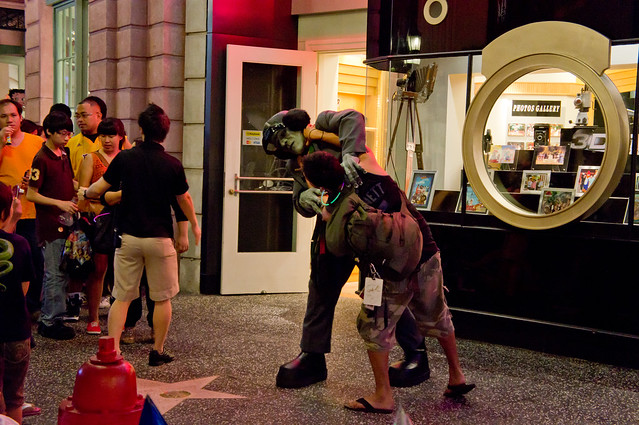 I managed to capture this hilarious moment: Frankenstein “brawling” with a park guest.

The Countdown is similar to last year – the gathering of park characters on stage and a verbal countdown. Some fireworks were launched as the park ushered into 2012, followed by a few barrages of gold streamers and a confetti storm! The dazzling display continued with a full length pyrotechnics show, Lake Hollywood Spectacular. 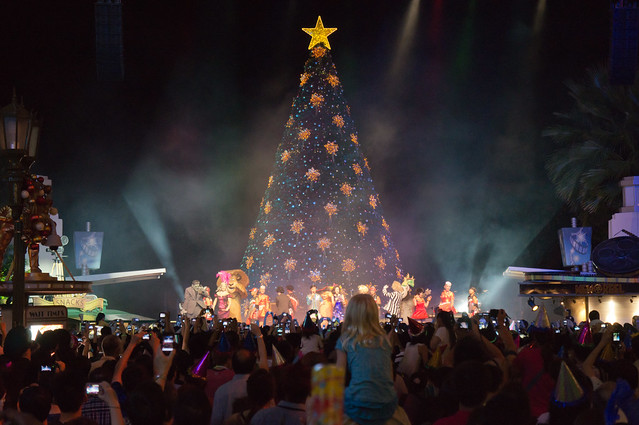 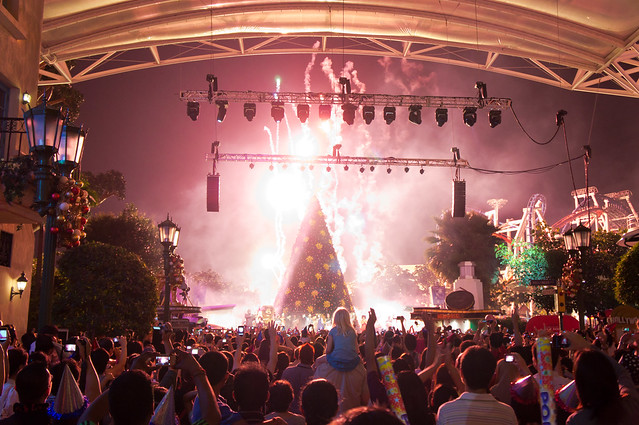 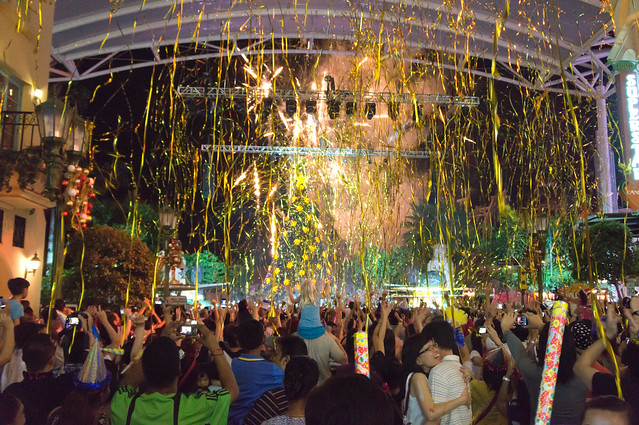 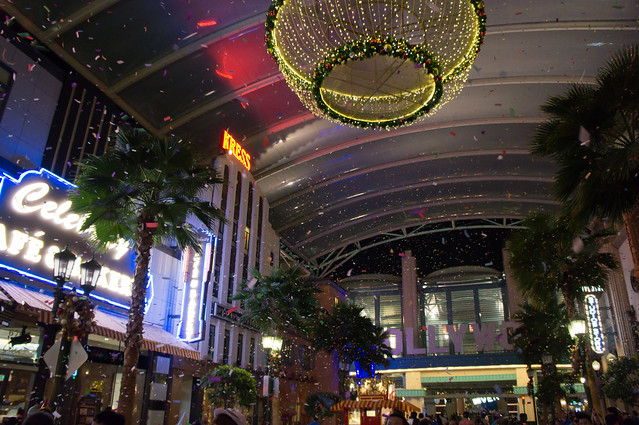 I feel that this event is an improvement from last year’s, but there is still a lack of things to do around the park late at night. This is crucial to draw party-goers from competing events. Apart from Hollywood and New York, the other zones were very deserted – party goers who were at the park during the day have probably experienced all attractions and tired from all the walking. Perhaps the park could look into small activities or have the celebrations spread around the park. Challenging yes, since the viewing area for the fireworks could be very limited and most people would rather camp and wait around the lagoon instead of walking around the park.