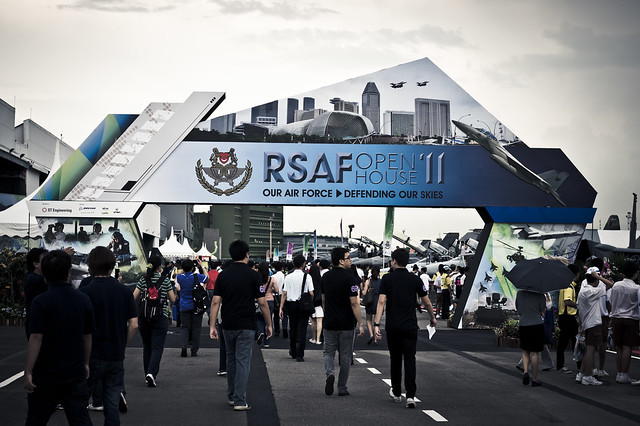 Paya Lebar Airbase is open to public again this year as part of Republic of Singapore Air Force (RSAF) Open House 2011. As I am currently part of MINDEF, I snapped on the chance to visit the open house on a preview day and show my support . It was also field trip day for students – the whole airbase was packed with chatty youngsters, many with DSLRs coupled with large zoom lenses in their hands. The organisers were not very strict at admissions though, there was no ID checks or anything – essentially it is “sort of” open to public.

If you like to know more about RSAF’s organisational structure, the people behind RSAF, its Air defense arsenal/capabilities or just love aircraft in general, then you should go to the RSAF Open House. It is also a good place to “sight-see” photography equipment, for obvious reasons!

And for those who goes to such events for freebies, the goodie bag I received has the following items: A cap, a fan, a bottle of water, a small carton of Milo, a tattoo sticker, two magnets, a fighter jet-shaped mobile phone charm thing and.. a yellow highlighter (which ironically, most random but will be very useful when term starts!)

Since it is a free event, why not just make a trip down? Details can be found here:
http://www.mindef.gov.sg/rsafopenhouse/

Some of the new aircraft “premiering” at this Open House include the F-15SG – one display was accompanied by a very neatly arranged chain of highly polished rounds: 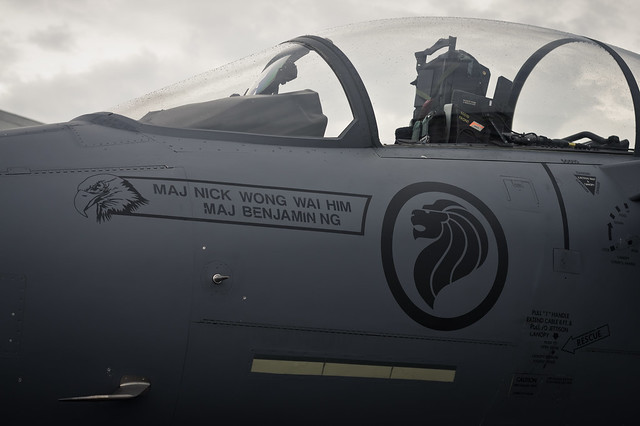 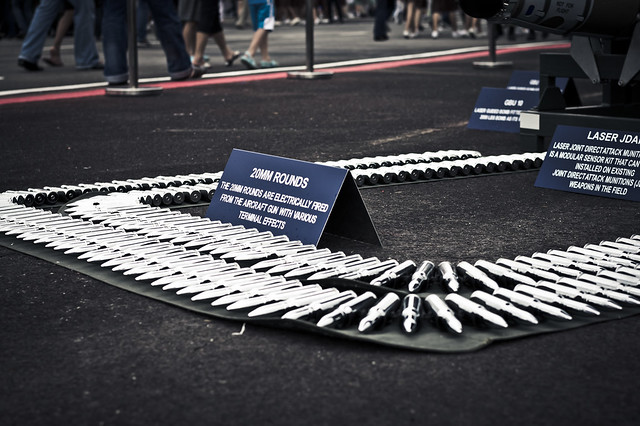 Some of the of pilots were around to give an in-depth tour of some aircraft’s controls. They even made the effort to explain all the complicated stuff to children: 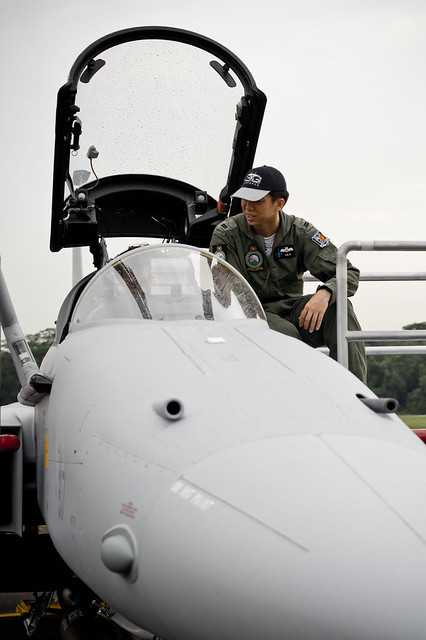 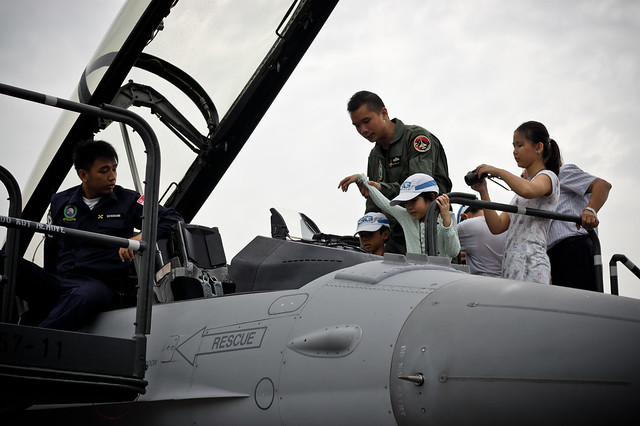 There were also three Arming demonstrations, here is one of them (AH-64D): 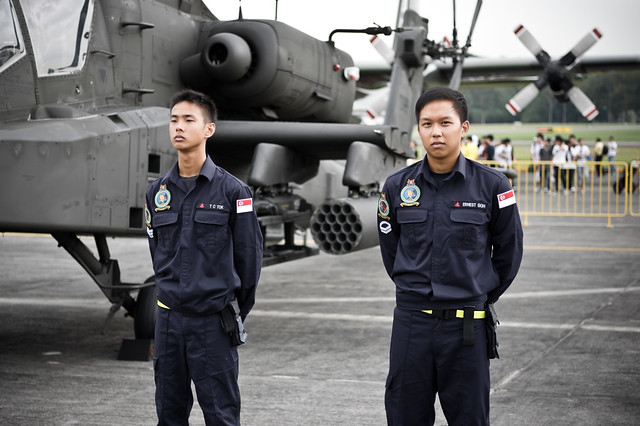 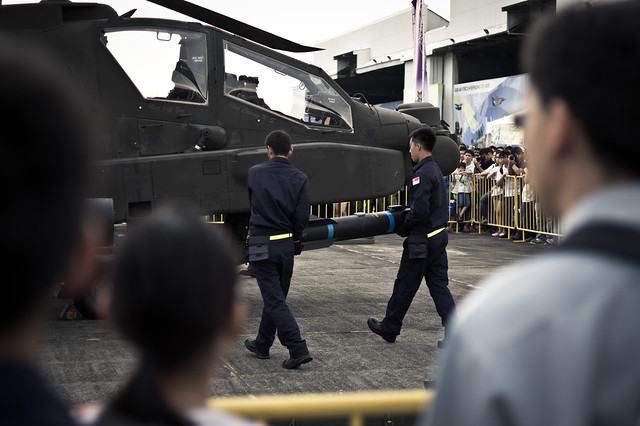 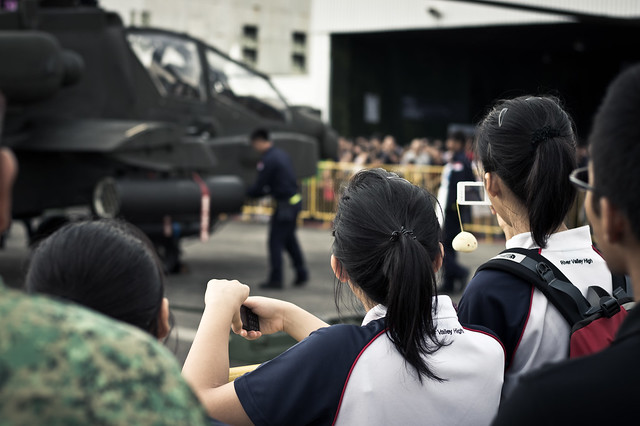 In my opinion, this open house felt a little underwhelming, especially when compared to the Navy Open House, which had a lot more things to see and do. Due to the layout of the airbase, there are a lot more sparse walking areas than actual attractions (the aircraft and related equipment) which were all very closely packed and swamped by photographers (like myself, I’d admit). The most interesting attraction of the Navy Open House was the large variety of ship tours (non-moving), all guided by the actual ship crew, as well as the very fun and exciting ship rides! Okay – to be fair it is not exactly possible to do the same with aircraft.

The RSAF Open House is primarily an outdoor event, although it does also offers two exhibition halls with indoor displays, as well as a “Food Village” situated inside gloomy, air-conditioned hall. There is also a rock climbing wall (???) which I thought was rather irrelevant.

There were no “rides” available on the staff/school preview days. Probably because air fuel surcharge is on the rise lately. Haha. 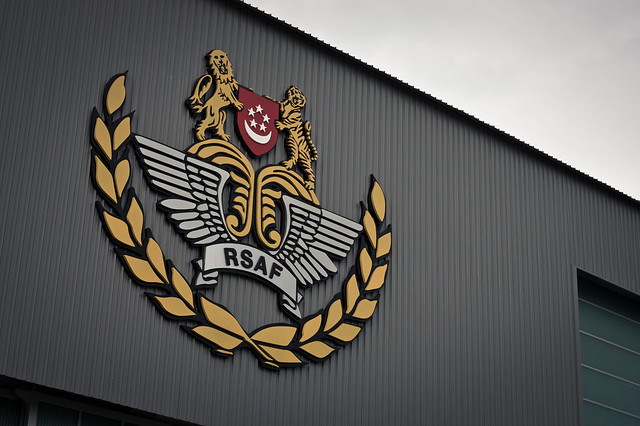 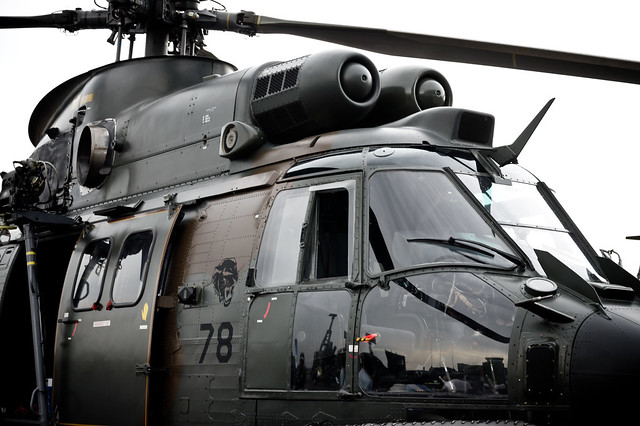 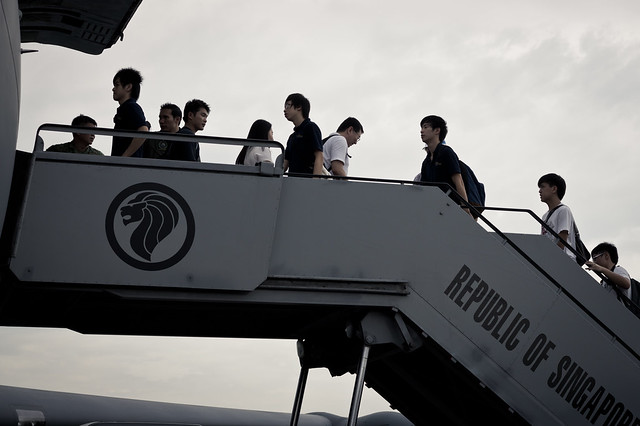 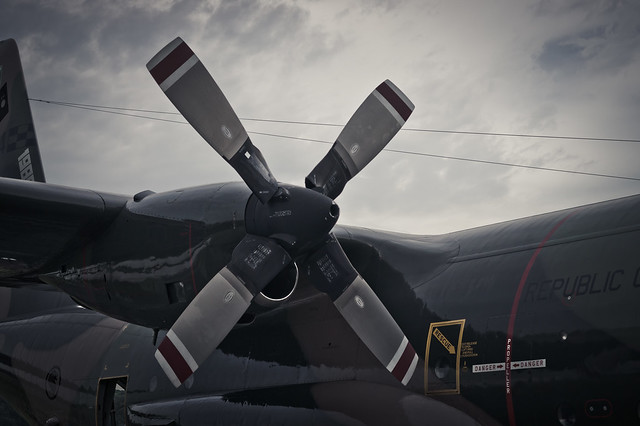