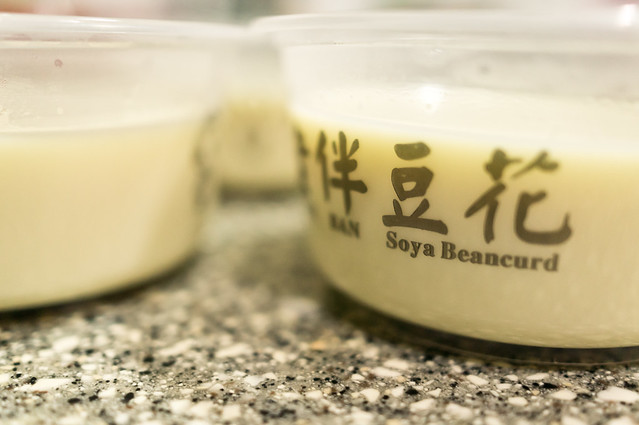 Last year, a new craze has set Singaporeans queuing for hours. The new obsession is Soya beancurd dessert – a simple, custard pudding that is sweet, light and your best friend during a hot day (which is almost every other day in Singapore) – a bowl for just $1.50. One of the most famous is Lao Ban Soya Beancurd, which has gotten so popular that it expanded out of their first Old Airport Road stall and spawned several competitors. It is not uncommon to see happy people walking out of the hawker centre with tall bags, holding not less than 5 bowls each, looking as if they’ve won the lottery or just completed their Honours Thesis at NUS.

With more competitors and the novelty fading, Lao Ban’s stalls do not draw queues as crazy-long as before – there are still queues during peak periods though. Also, there is an increasing number of people making their own at home.