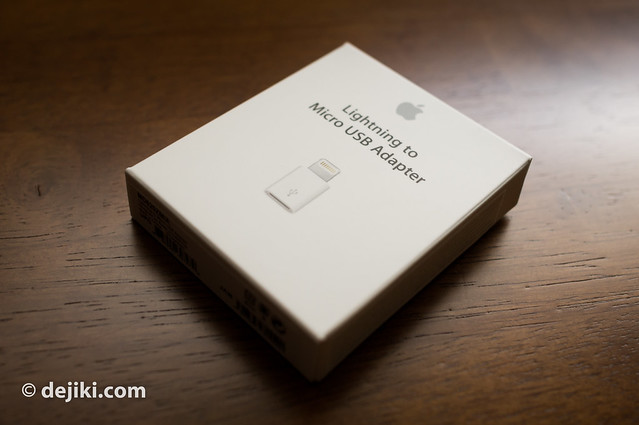 The Lightning to Micro USB Adapter was recently made available at the Apple Online Store. Priced at S$28, this adapter allows owners of iPhone 5, iPad mini and iPad (fourth generation) to charge using a Micro USB cable.

END_OF_DOCUMENT_TOKEN_TO_BE_REPLACED 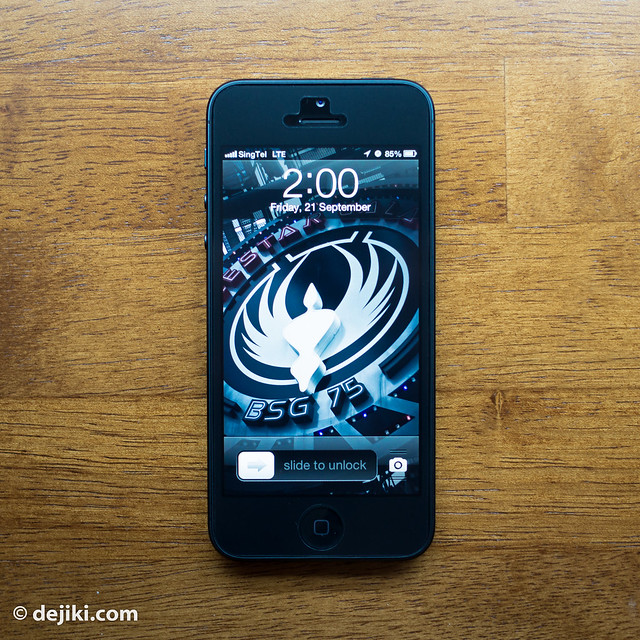 iPhone 5 is a beautiful smartphone. It may look like a taller iPhone 4/4S, but there is more than that once it is held – it is surprisingly thin and light. It is also, one of the new smartphones that is designed to be operated comfortably with one hand. Just like its predecessors, iPhone 5 has a stunning design made from glass and precisely machined aluminum.

For the first time, Singapore was part of the first launch for iPhone 5 around the world. This upgrade to a “first-tier launch” country eased shortages that were frustrating in past years. This means that there is no longer that crazy “$2500-3000 iPhone” reselling opportunity. Singtel kept to the same tiresome online booking (where most hopeful buyers can’t get through the booking process) and an early morning launch at Marina Bay Sands. It was a mad frenzy for a couple of days as angry customers started bashing the telco at their Facebook page and hammered their hotlines. The first day’s sale was limited at Marina Bay Sands, while Singtel retail shops offered very limited quantities. Just two days later, ample stocks can be found islandwide, with new stock arriving every day or two.

END_OF_DOCUMENT_TOKEN_TO_BE_REPLACED

Apple has unveiled an update to their most popular smartphone, iPhone 4. While the revised product is physically similar to the CDMA (Verizon) iPhone 4, the real changes occur under the hood:

Should I upgrade?
Personally, I would recommend iPhone 3G/3GS users to upgrade to enjoy the latest set of features (and er, for some people, this is strangely important for social inclusion/status) – either to the latest iPhone 4S or if budget is tight: the iPhone 4 (which is now available at a lower price). Even after 15 months, it is still a solid-performing smartphone, with the most beautiful screen and a form-factor I call “almost perfect”. All new features (except the ones listed above) will be supported on the iPhone 4 as well.

Current iPhone 4 users should stay put for the next generation iPhone, although it appears that it might be a longer wait than we expect.

iPhone 4S will be available in Singapore on 28th October 2011.

The new iPhone will be revealed at Apple’s media event next week. Along with the birth of the new “must-have” gadget is the public release of iOS 5 for iPhone 4, iPhone 3GS, iPad and iPad 2.

I have used iOS 5 on my iPhone 4 for about three months now and it has been a wonderful experience. While the new features in iOS 5 are not completely groundbreaking or even new – in fact Apple adopted most of them from their competitors. It is not just a copy-and-paste job – the features are highly customised for Apple’s devices and I believe that it will allow Apple to re-deliver functional and memorable experiences for their customers.

A number of friends have seen some of the features on my iPhone and wanted to see an entry about them – I’m consolidating my personal favourite features from iOS 5. Perhaps after reading this, you might be compelled to update the moment it’s made available.