It has become a habit for me to visit the Chinatown Night Market just once at the end of each lunar year. 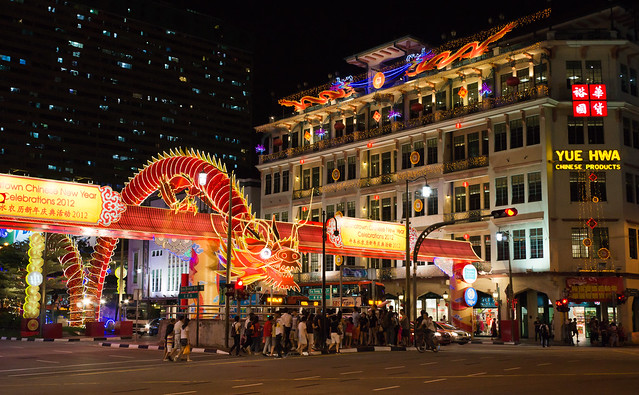 Since it’s the year of the Dragon, many stores are decked out with cascading red paper/plastic trails – a dancing ensemble of dragons weaving in the air. 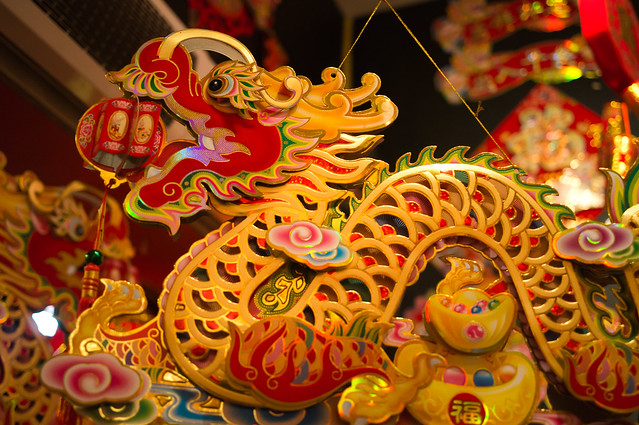 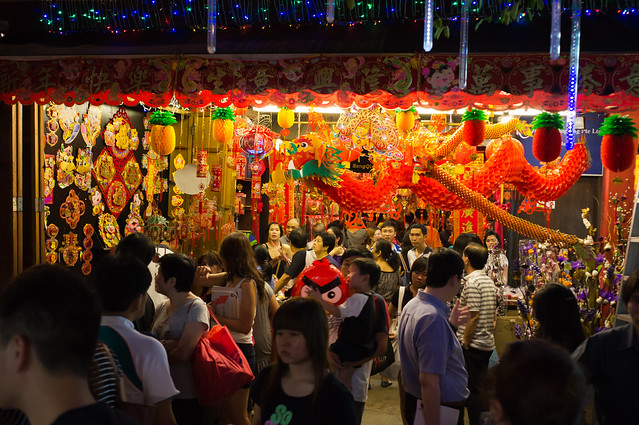 By the way, the largest dragon decoration here costs an amazing $552 for a pair! The lady who quoted the price also said “Yeah, sold 2 sets already!!” 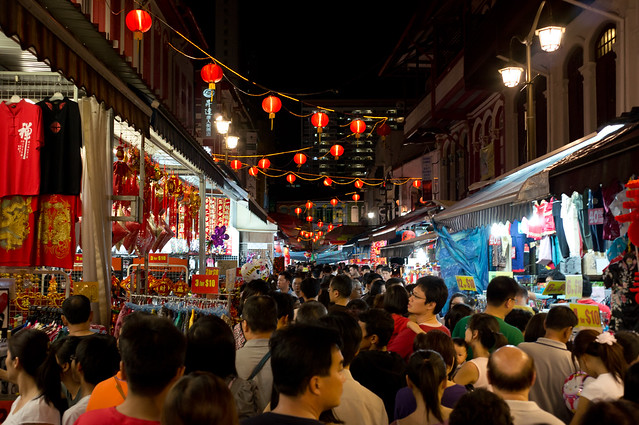 The night market was crowded as usual, it was a Friday night anyway. Since I was using manual focus lens, I couldn’t really focus. It was all about setting to a smaller aperture and hope that the extended depth of field takes care of everything. If I have space to use both hands, I’ll bring the aperture to its maximum and focus properly. 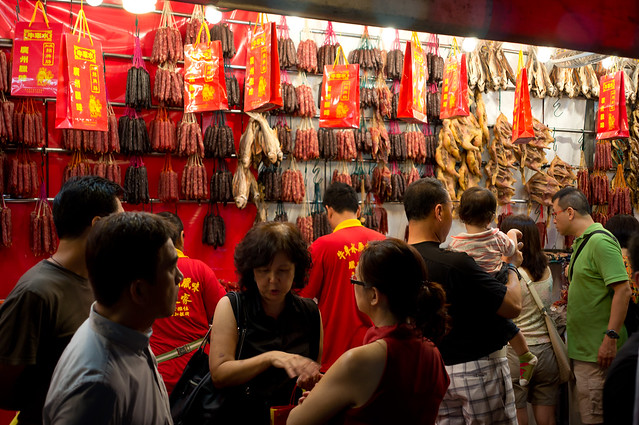 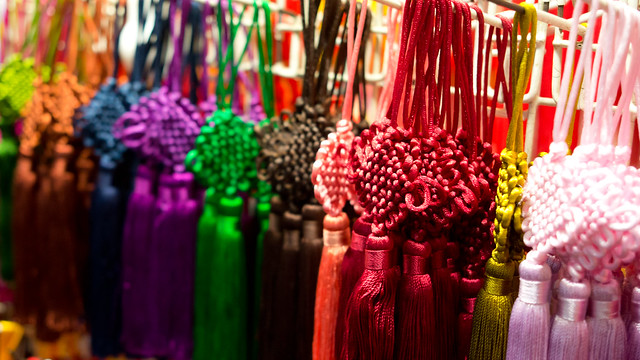 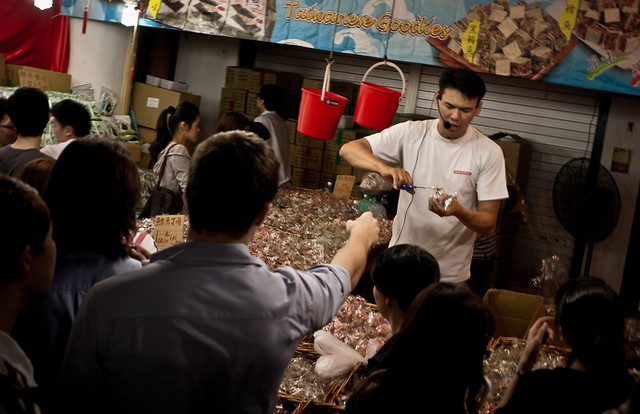 I’d advise that if you’re shopping, to just buy it from the stall (and not go around searching for the “best” price) There seems to be a lot less duplicated stalls this year and the prices are about the same. So it’s not worth the effort to walk all over and return to the same stall, especially with the heavy crowd of people waddling around. 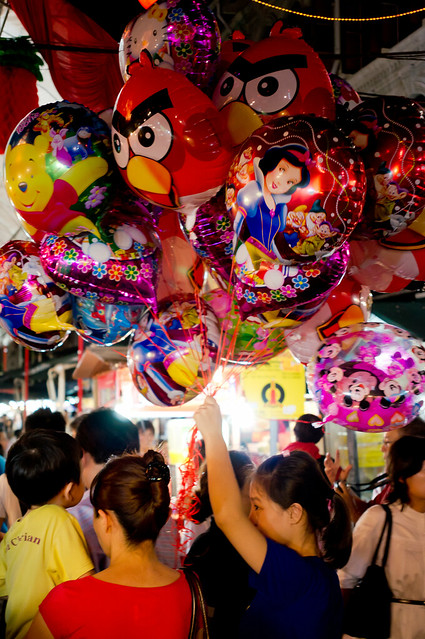 Angry Birds madness. I’ve seen red packets with Angry Birds and quite a few children were carrying these balloons. To be honest, the Angry Birds red packets are teetering on the brink of kitsch (or simply ~obiang~). Okay, all is forgiven if you’re putting at least $20 inside. 😀 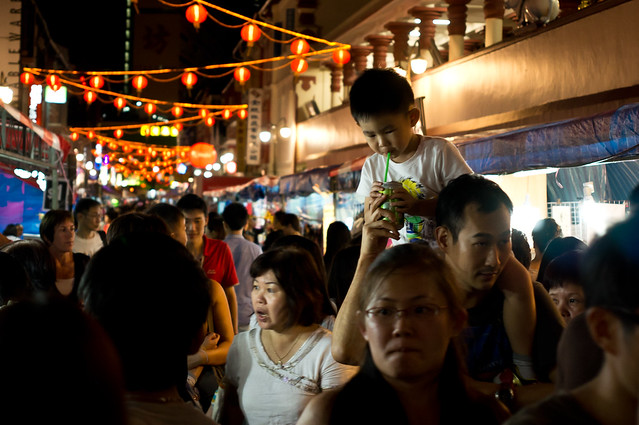 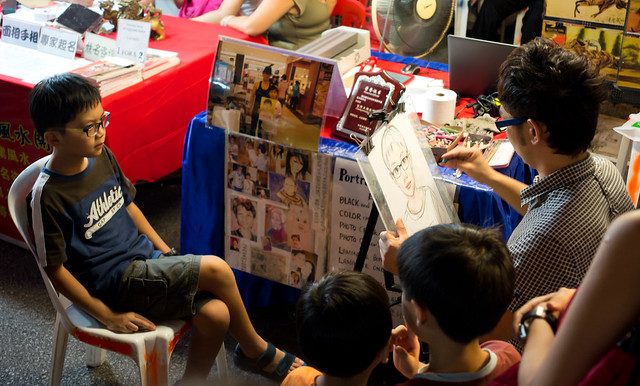 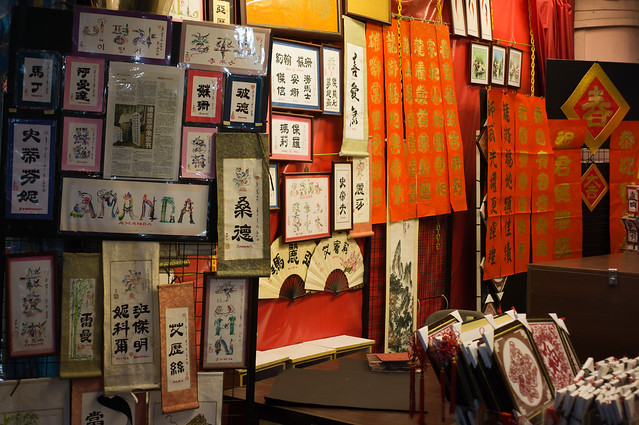 And of course, the usual various art and crafts stalls were available.

Photos taken with the NEX-5N paired with a legacy lens from the 1990s – which will be featured in an upcoming entry! I’ve come to love this particular lens – very sharp at all apertures, and almost no distortion (or none at all). It is really something better than planned.