18th March 2011 was the first anniversary of Universal Studios Singapore’s public opening. A year ago, the park was perfect as there was theme park magic – courteous crew members, proactive and sincere guest relations, exciting new ride equipment and a park that looked so new and clean, it actually sparkled.

Probably no one remembered that the park is a year old. I only realized it when I was at the park and took one of the park programme leaflets. It is disappointing that the park chose not to commemorate this major milestone – Almost every major park has done up something, from just a simple show at night to a full-blown campaign (just look at Tokyo DisneySea’s First Anniversary) that not just made the park visually different, but also pampered their guests with clever new programmes as the park celebrated the special moment – as we all know (or at least Disney Parks does), theme parks are all about special moments.

Yes, it can be argued that the park has not had its grand opening, so it is still “Day Zero”. However, it is embarrassing to acknowledge that the park has actually operated under the guise of a “soft opening” phase without a sound plan to move on. Maintenance is a worrying matter – Some attractions are in desperate need of rehab to fix broken props and damaged queue zones. Breakdowns are still occurring (although less often) at the problematic rides. 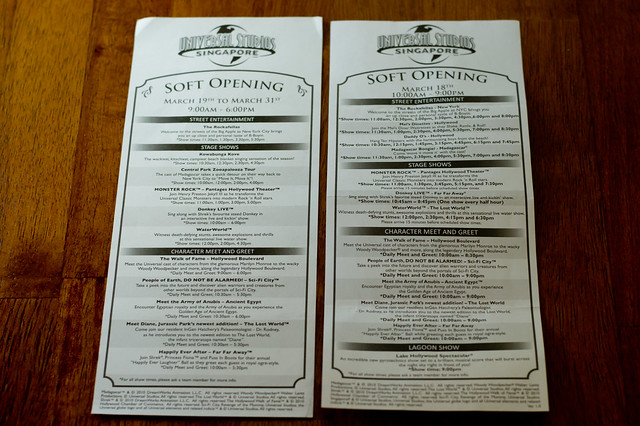 So what has been changed from March last year? 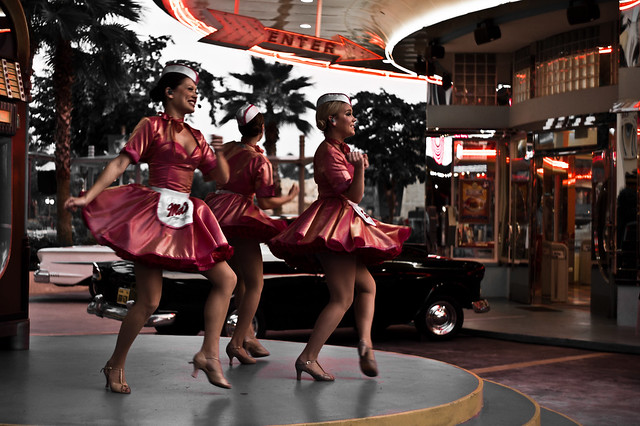 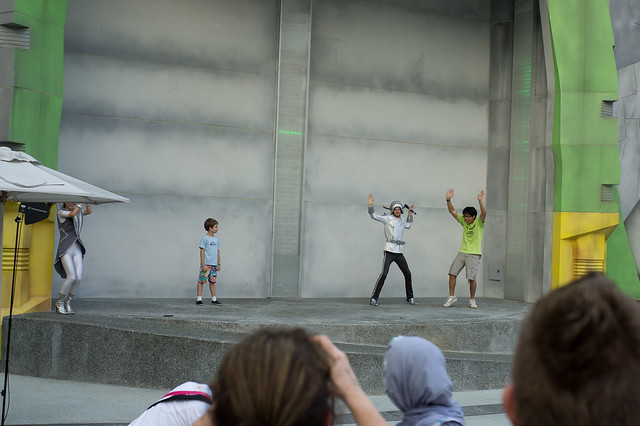 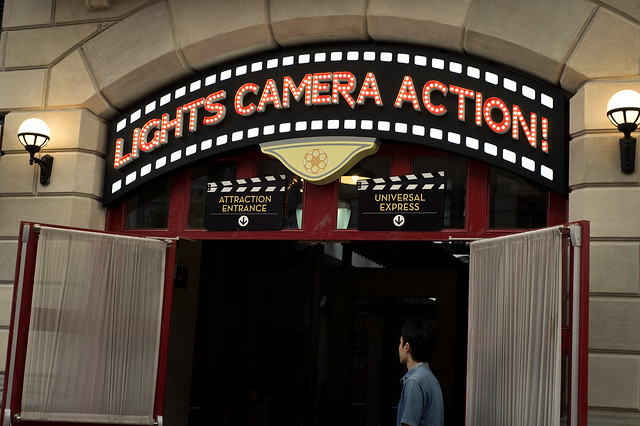 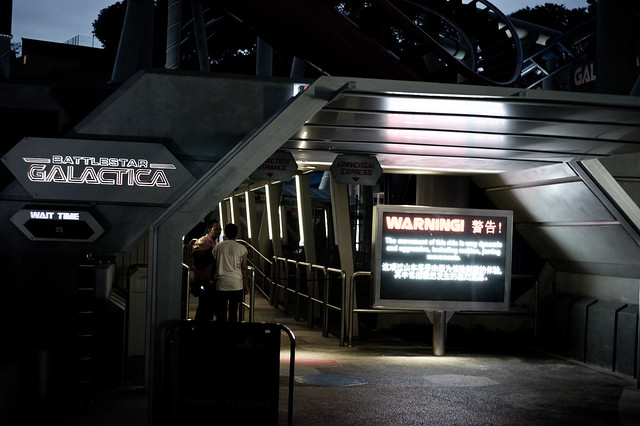 What SHOULD have changed:

– Removal of “Coming Soon” attractions from park map, especially when there is no definite timeline apart from vague “by Mid-2011” sort of statements -which, I should probably remind you here, had been constantly delayed when they failed to meet deadlines. Attractions like Madagascar – The Crate Adventure and Stage 28 have been “Coming Soon” since a year ago. The shocking thing is, Stage 28 is NOT even stated as “Coming Soon”, neither is this reflected on the status boards at the park gate.

– A more robust and standardized wait-time system. Some attractions use the LED boards, some use laminated pieces of paper stuck over the LED boards (???) with Blu-Tack. Why the discrepancy? The information boards scattered around the park display the incorrect timings based on the LED boards.

– The park’s style of public and guest relations. I am not expecting Disney-level standard, but please do take a leaf out of their book from time to time. They have rides coming out this Summer, but instead of hiding behind the curtain, Disney has regularly released updates to keep their guests informed of what to expect. Lately there has been a lot of “behind the scenes” features to further engage their guests. Actually, before the resort opened, RWS did quite a nice bit of work with this aspect, drumming up quite a large amount of hype, I’m puzzled as to why the good effort fell apart after the park opened.

– Some foresight when it comes to park events. Nobody plans their holidays a week (or 2 days) in advance. Almost every major park out there has released their schedule for 2011.

– Revision for the prices of annual passes. $1098 is a lot to pay for all-year access, although the unlimited “Universal Express” perk makes up for it. Personally, I feel that there should be more price tiers, and overall the passes should priced similar to those in Hong Kong Disneyland. 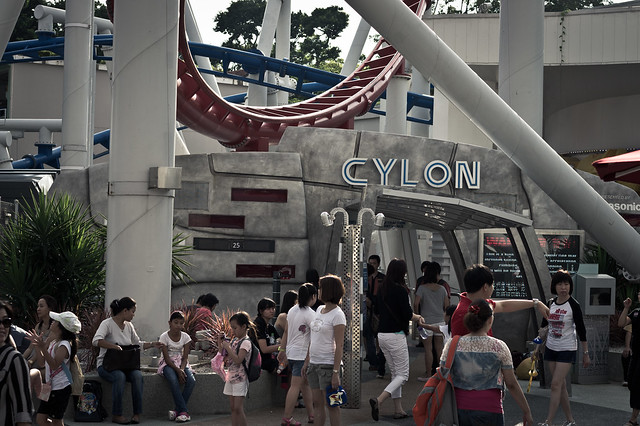 It is unfair to say that the park hasn’t improved after operating for a year – because there are several positive improvements. The crew members are now very experienced and I have seen them handle problematic situations (guests attempting to abuse/cheat Single Rider lines or displaying dangerous/rude behaviour etc) professionally. The staff in the park are very courteous and welcoming. The newly constructed sheltered areas are really useful for tired families to rest under, in this sunny and hot park, especially during crowded days. There is now a greater variety of merchandise available (although their tie-up with the attractions are not exactly strong). And yes, the attractions are breaking down less often (it still happens, but it’s completely expected at any other major park).

But… how long more would this soft opening phase last? I mean, how much more can the park change?

There were hints last year that soft opening was not meant to drag on for months. Look at the website and you will notice how soft opening is mentioned as “weeks” (not months, or years). Here’s a snippet of the ticketing information released last year before the park opened:

For Guests who purchase their Fun Pass during the soft opening period (18 March till 1 April), they will be given the opportunity to visit the park ONE (1) time prior to 5 April, at which time their annual membership will begin.

I am staying at one of the hotels at Resorts World, how do I purchase Universal Studios tickets?
Same day tickets are available for sale during the soft opening weeks.

In their FAQs, they did mention that there is no definite end to this phase.

Is this a cause for concern? Yes. There seems to be a lack of long-term plans – the park is enjoying its success on a large number of “theme park virgins”. The park operators don’t even seem excited enough to organise seasonal events, apart from extending park hours and adding a night pyrotechnics show – in short, the park has become VERY passive/reactive. Take the Chinese New Year season for example. The park was open till 9pm during weekdays, but it was empty. Why? Apart from the same pyrotechnics show and taking the rides at night, there isn’t anything special to rationalise staying back late.

Once the “theme park virgins” have visited the park, it’s ‘been there done that’ and they have no reason to return unless there is something new – which has created a rumour on the internet that the park is intentionally slowing down construction and delaying rides in order to have new offerings (that were supposed to be available from the beginning) to keep its visitors returning. I love the park but not so much on the management and overall effort for maintenance. I do want it to bounce back to its early (March 2010) days.

How do the park’s fans (regulars, annual passholders) feel? Just take a look at Greg’s blog: